We spent Thanksgiving at my mother-in-law’s place in Mount Shasta in the mountains of far northern California. On Wednesday, we had a nice dusting of snow—about an inch—but Thanksgiving day proper gave us brilliant blue skies, crisp air, and plenty of sunshine.

After breakfast I did some exploring, braving the 20°F temperature. I hope the photos will give you an idea of how beautiful this part of California is. 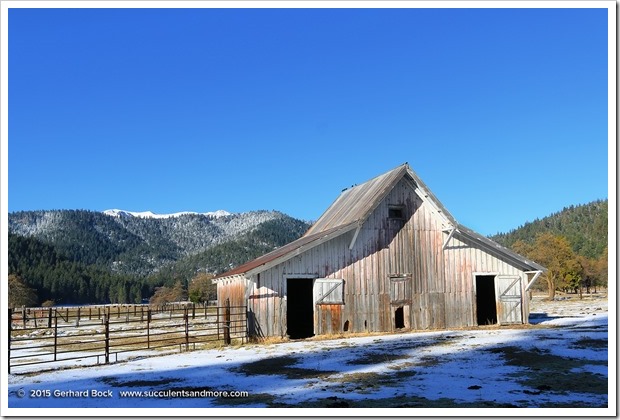 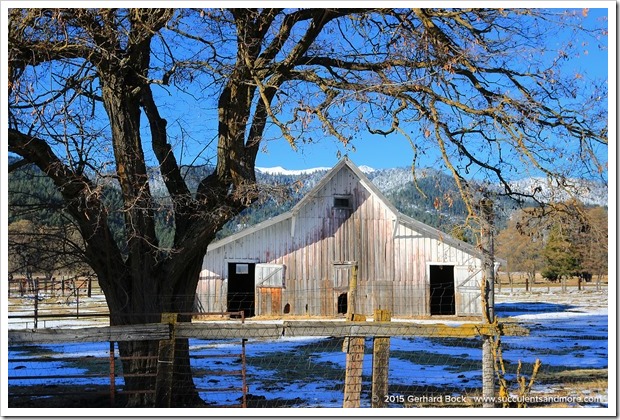 It looks quite different in the sun 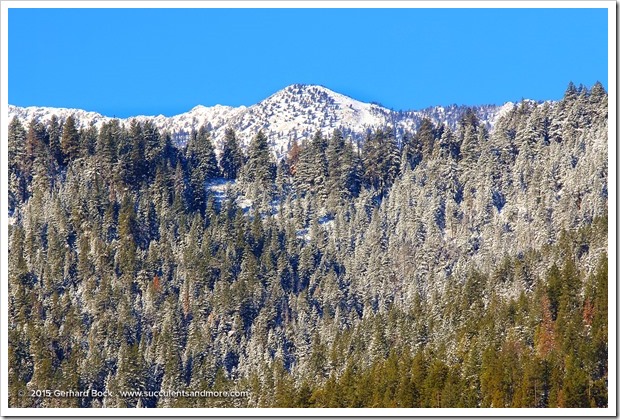 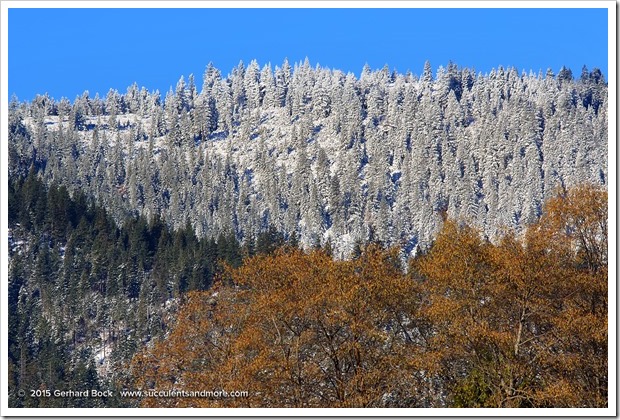 I love how crisp the snow-covered trees look 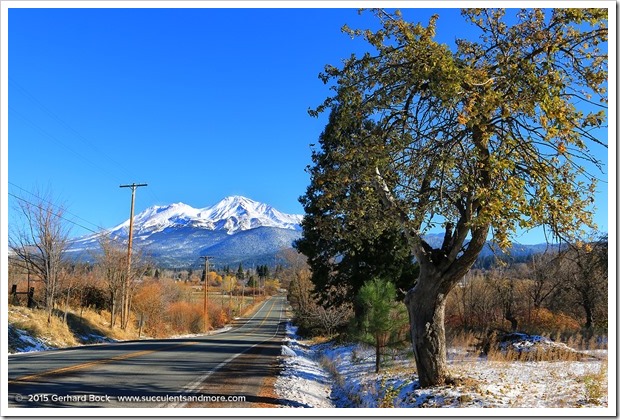 Mount Shasta, at 14,179 feet (4,322 m) the fifth highest peak in California, dominates the view towards the east 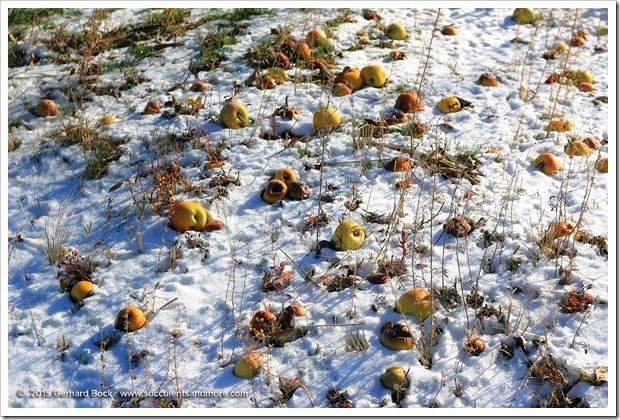 Fallen apples from the tree above 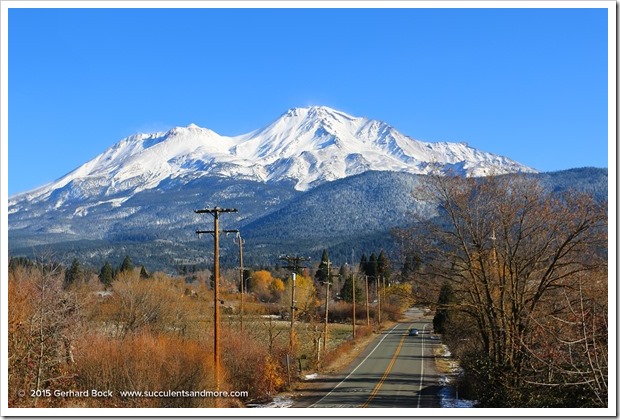 Mount Shasta towering above the town 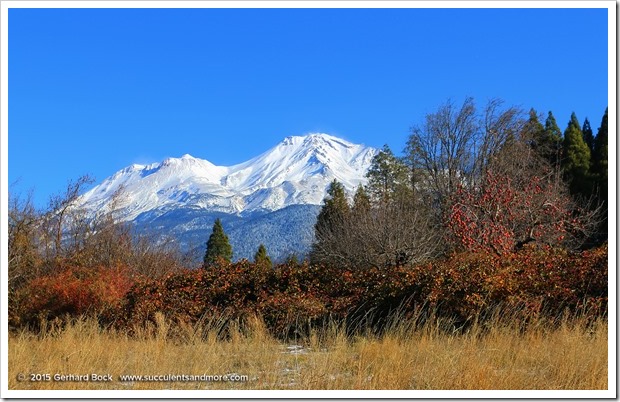 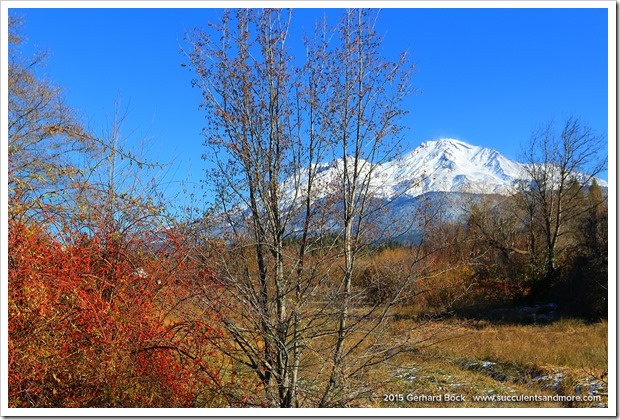 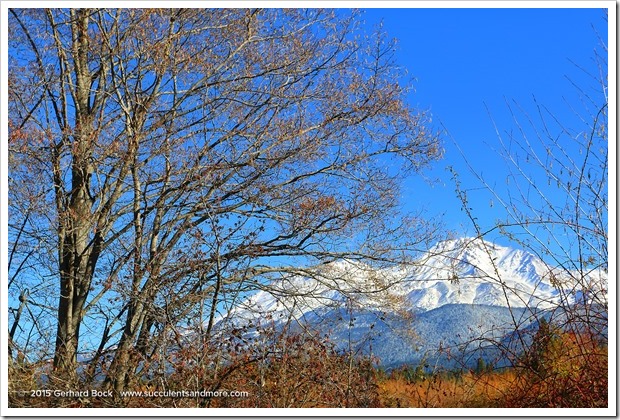 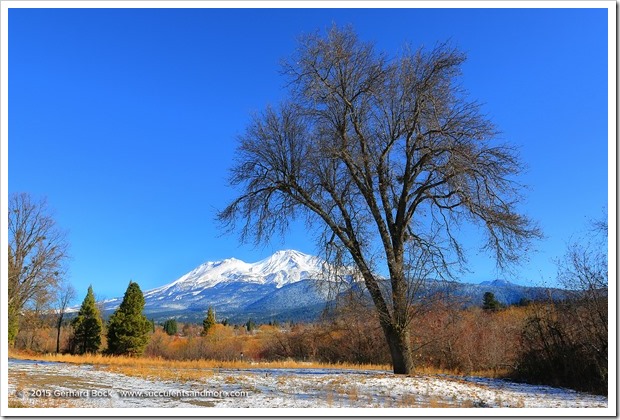 My favorite view from my Thanksgiving day outing 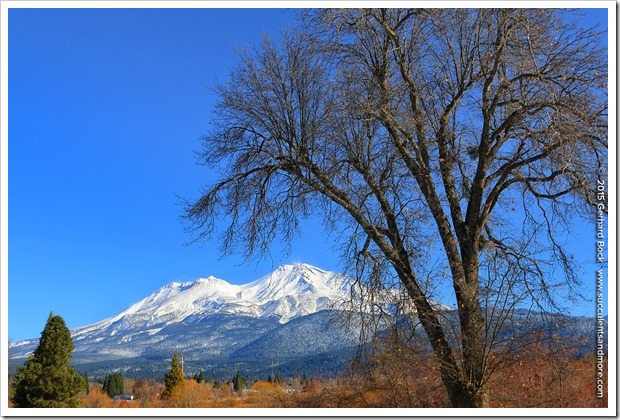 I love how the mountain is framed by the tree 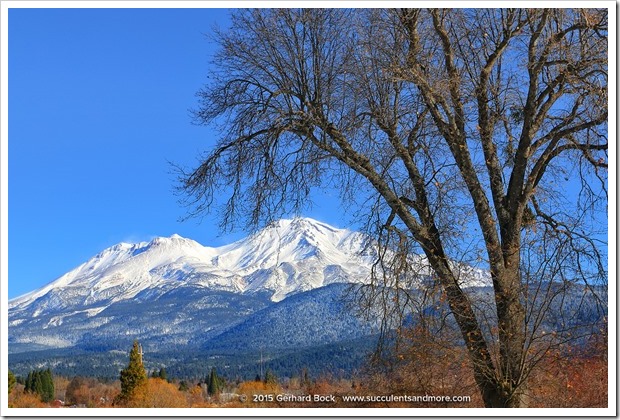 Fallen oak leaf in the snow 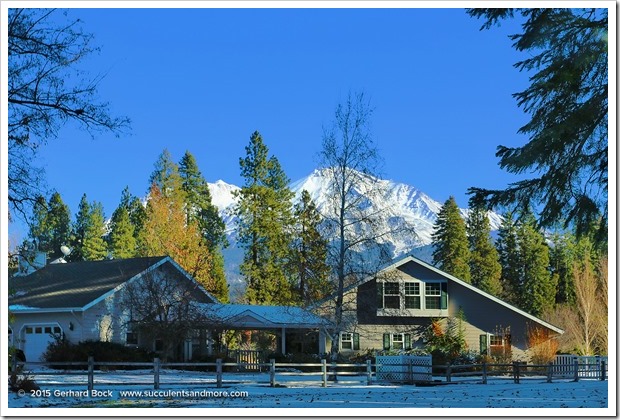 These folks have a fantastic view of the mountain! 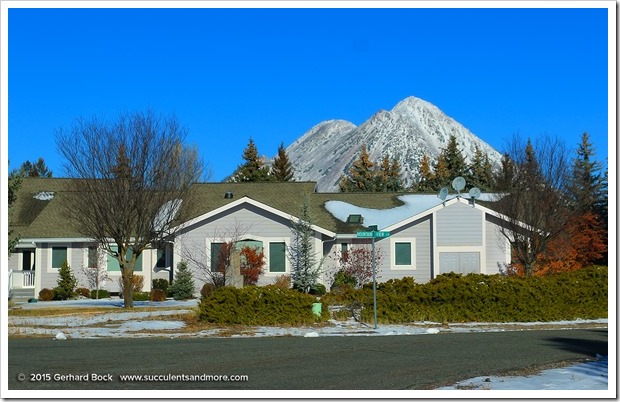 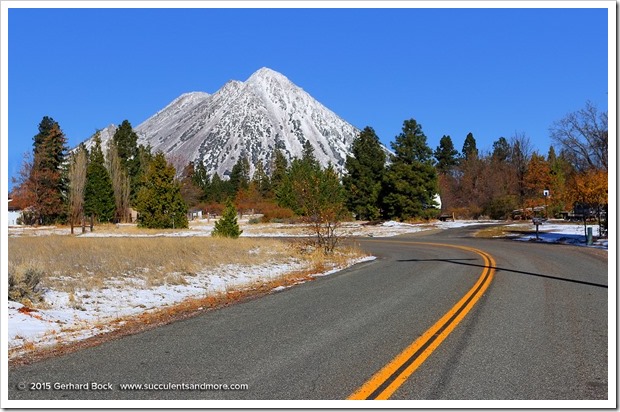 When Mount Shasta is invisible because of low clouds (as it was on Tuesday and Wednesday), many people driving through on Interstate 5 mistake Black Butte for Mount Shasta although it’s significantly smaller 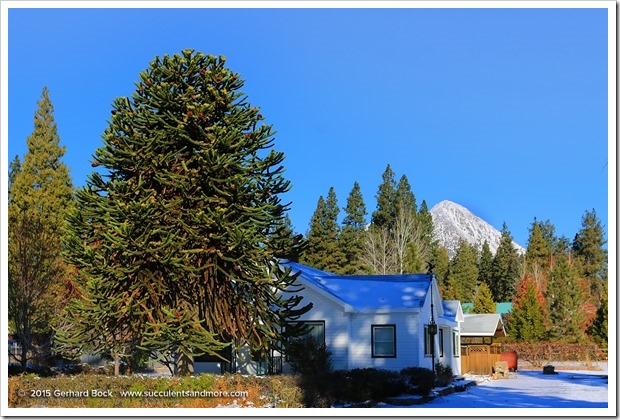 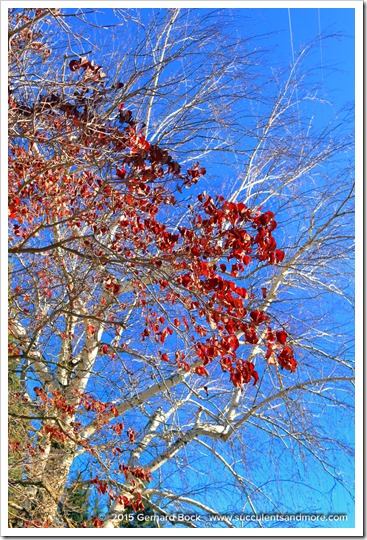 A bit of left-over fall color 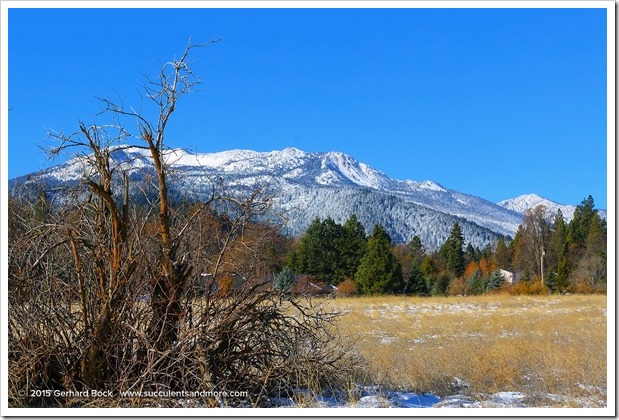 The view towards the west is dominated by the Trinity Mountains, 9,037 ft. (2,754 m) Mount Eddy being the highest peak 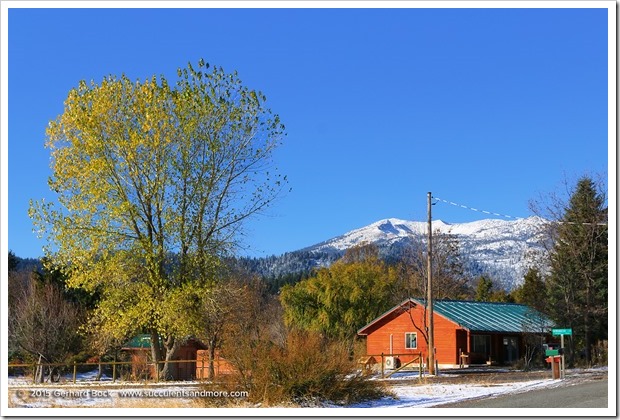 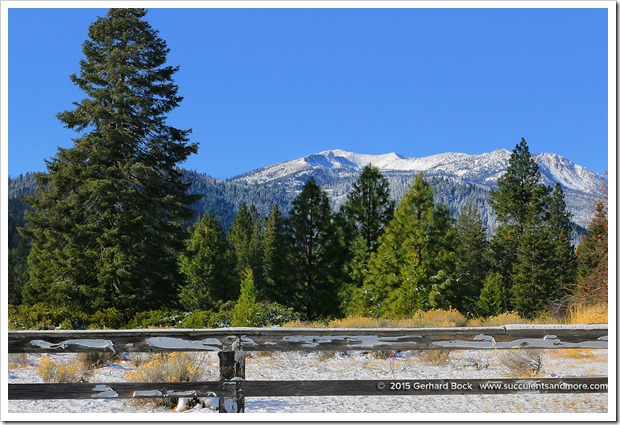 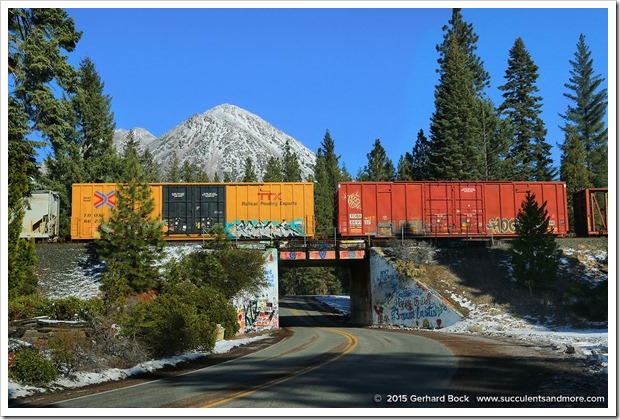 Another view of Black Butte 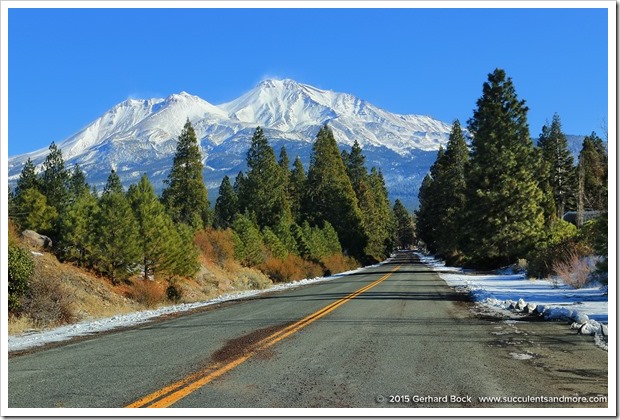 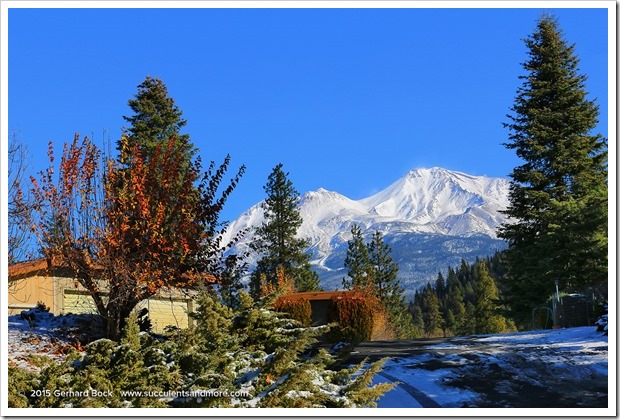 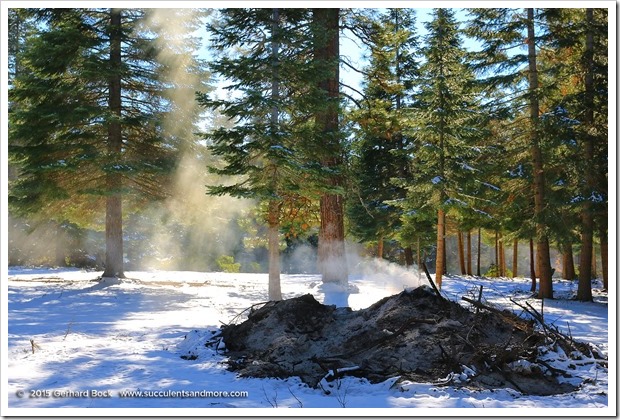 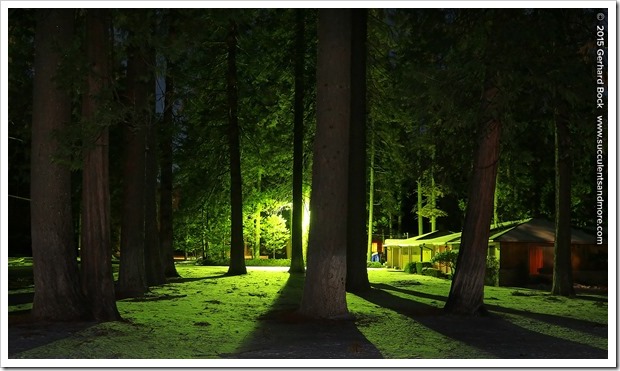 Tomorrow it will be back to reality. Which has its advantages, too: Davis is much warmer than Mount Shasta, and my wool socks can go back in the drawer.