Agaves will help you clean your house

Everybody knows tequila, and agave syrup has become a mainstream alternative to sugar or corn syrup-based sweeteners. Still, since agaves are my favorite plants, I’m always on the lookout for new ways this eminently useful plant might enrich my life.

Over the weekend I found myself in the cleaning products aisle at Costco. Not a place I often go, but I needed to buy scrub sponges. Usually I get the blue ones but these tan-and-brown ones with the neon green accents on the wrapper immediately caught my attention. Good color choice, Scotch Brite! 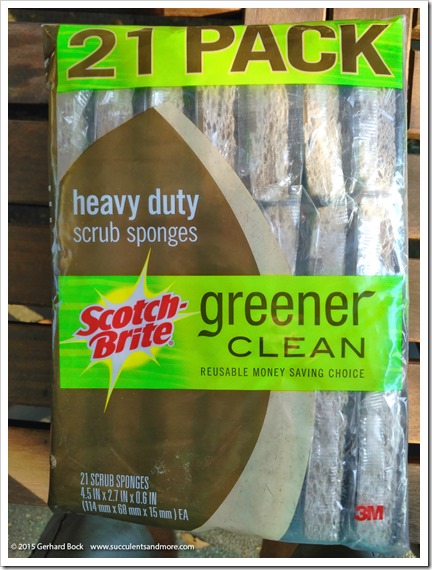 What does this have to do with agaves, you might be wondering. Rightfully so.

Take a look at the back of the wrapper: 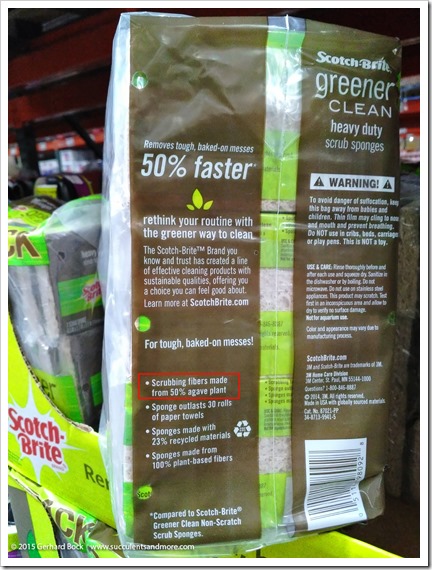 The fibers in the scrubby part (the brown side of the sponge) are “made from 50% agave plant.” Weird grammar aside, this is exciting! 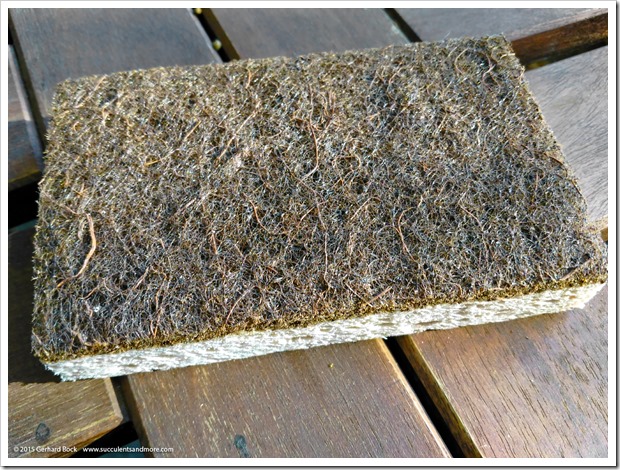 I did a bit of digging on the Interwebs and came across a very interesting September 2013 article from the Minneapolis–St. Paul Star Tribune (3M, the owner of the Scotch Brite brand, is headquartered in a suburb of St. Paul, MN).

Apparently, 3M has taken a page out of the playbook of high-tech companies and allows many of its employees to use 15% of their work time for independent research. As her personal project, 3M scientist Myhanh Truong was researching sustainable materials that could be used as scouring agents. Her search led her to the humble agave. She traveled to Mexico where agaves are grown for tequila production. Before the “hearts” of the plant are harvested, the leaves are cut off and typically thrown away or burned. Truong learned that the fibers from the leaves are a great natural scouring agent—the indigenous people of Mexico have been using agaves for this and many other purposes since time immemorial.

After some initial hiccups, 3M found a way to mass-produce sheets of agave fabric. The first product to feature agave fibers is the Greener Clean scrub sponge I bought. Apparently it’s been a huge hit with younger shoppers who hadn’t been buying Scotch Brite’s traditional products.

The agave line “started as a bit of a lab curiously,” Schueller said. “But it ended up taking off much more quickly than we realized.”

More agave-based products include an “agave dish-scrubbing wand” and a “‘heavy duty’ agave scouring solution that can scratch hard, baked-on foods off pots and pans.” I haven’t seen either of these products personally but will look for them.

Now I have even more reasons to love agaves!