After exploring the Huntington Desert Garden with its Old World and New World sections, I made a brief stop at the Desert Garden Conservatory. For some inexplicable reason, I didn’t take a photo of the entire structure, so this is all I can show you of the outside: 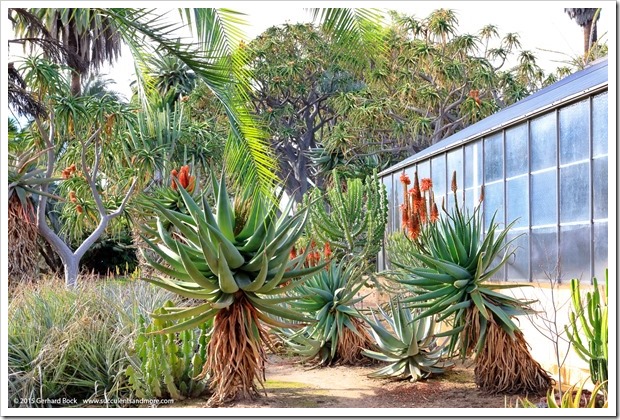 As the sign below explains, it houses about 3,000 succulents and caudiciforms that need special protection, be it from the cold, from the rain, or from people. 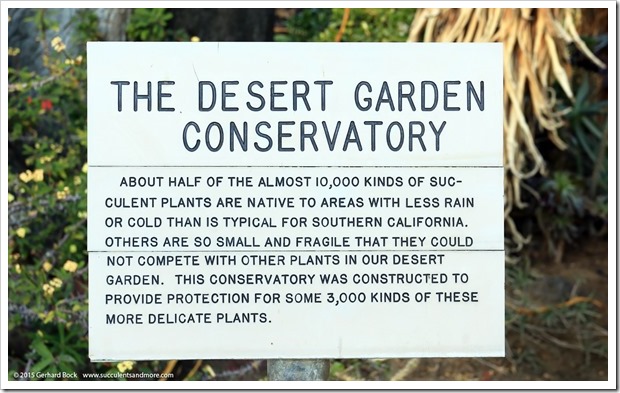 To be perfectly honest, I was quite tired by the time I made it to the Conservatory. I’d left my house in Davis at 6 a.m. that morning, driven almost 7 hours (400 miles) to San Marino, and then walked around the Desert Garden for 3 hours. Plus I had another 2½ hours to go before reaching that night’s destination, Palm Springs. It ended up being a long day indeed.

That’s my long-winded way of apologizing for taking so few photos inside the Conservatory. I’ll make the Conservatory a focus on a future visit, possibly as soon as this December. In May, Gail over at A Growing Obsession reported she learned from docents “that the Desert Garden Conservatory is to be closed for renovations within the year, to be rebuilt on site as a two-story conservatory.” I wasn’t able to find any recent news on this project so I assume the Conservatory will still be open this December.

As you can see from the photos below, the specimens inside the Conservatory are impeccably cared for. Virtually every one, if staged and photographed on its own, would make a great “model” for a coffee-table book on succulents. 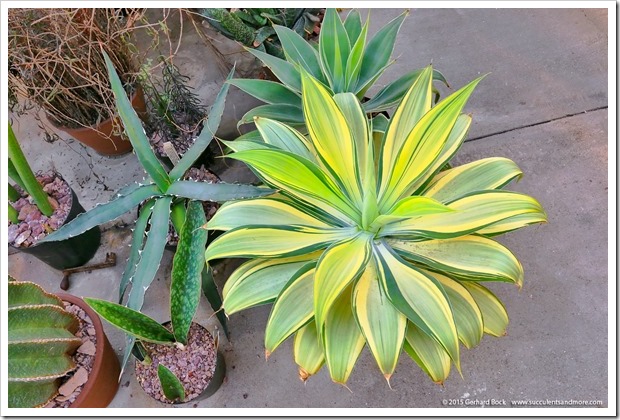 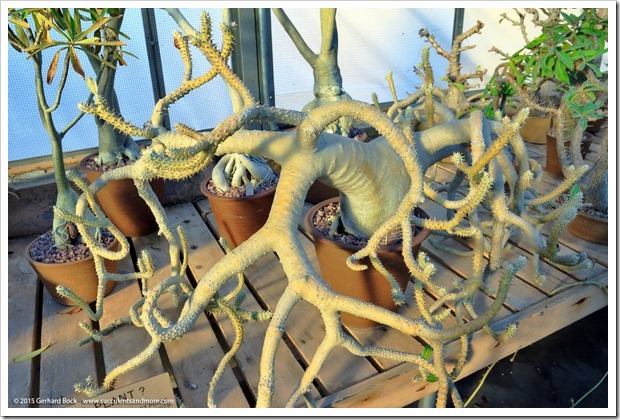 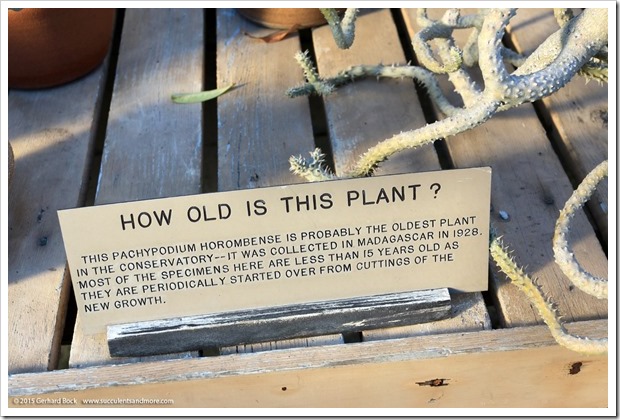 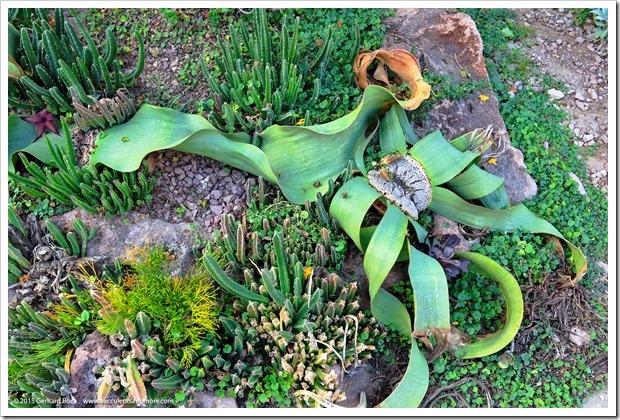 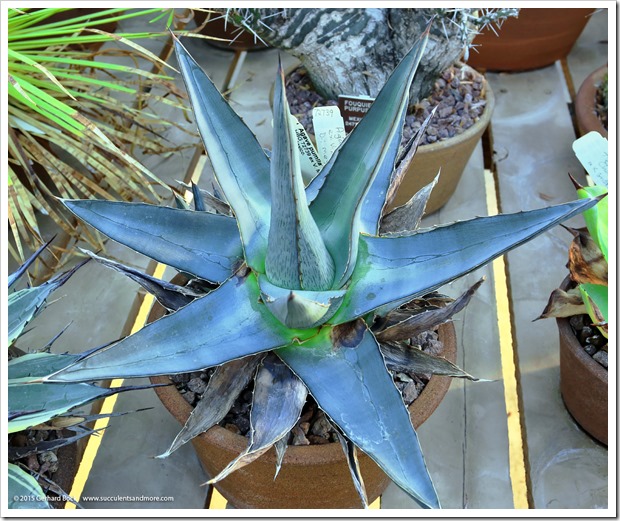 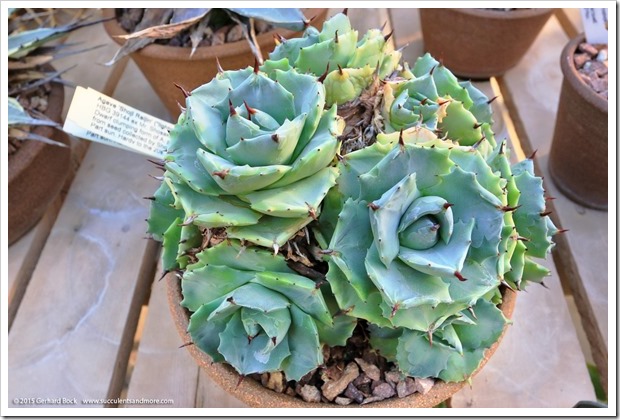 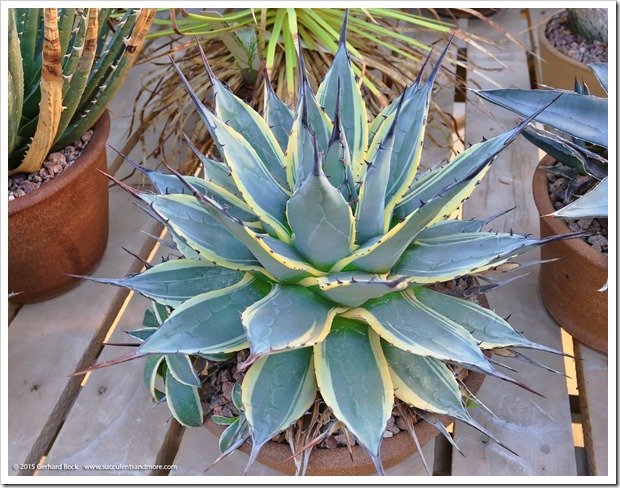 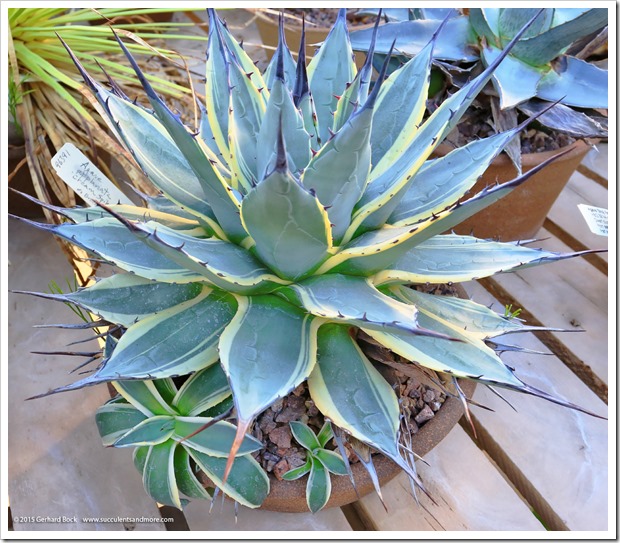 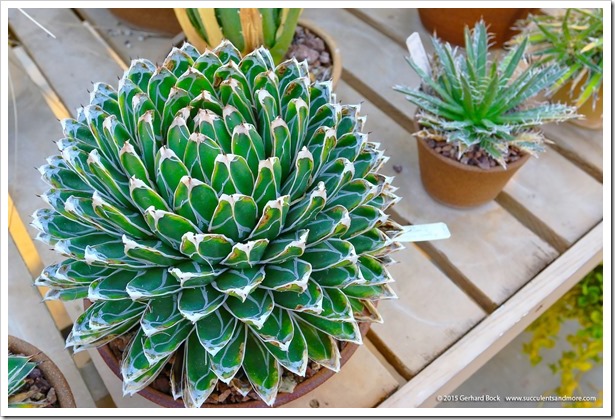 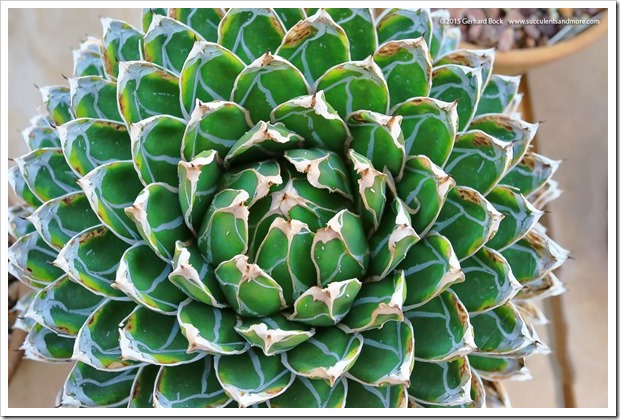 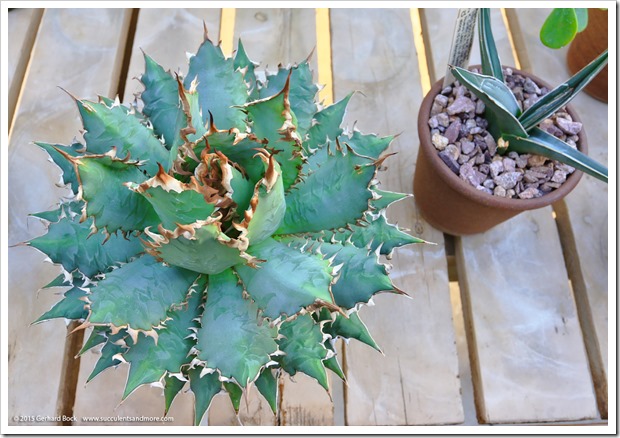 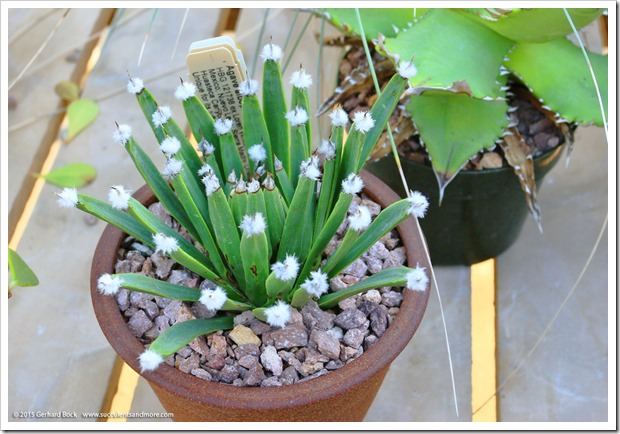 Agave albopilosa, one of the most sought-after agaves. Being a fairly recent discovery, it’s still rare in cultivation. I predict it will become a huge hit once it gets tissue-cultured and introduced en masse. Check out this mature specimen—it’s a stunner! 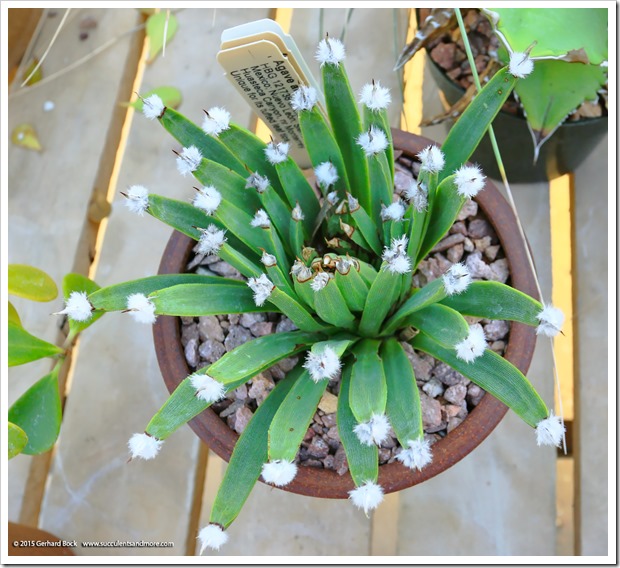 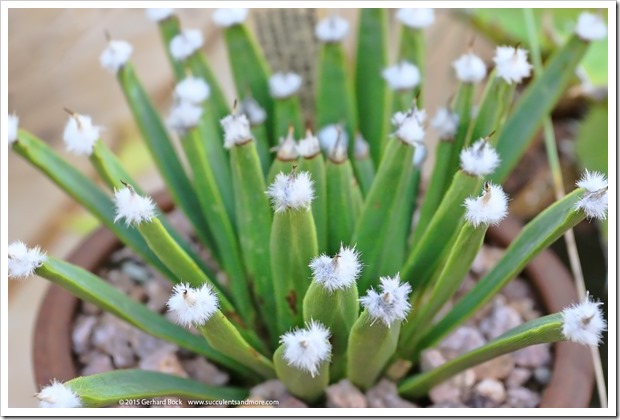 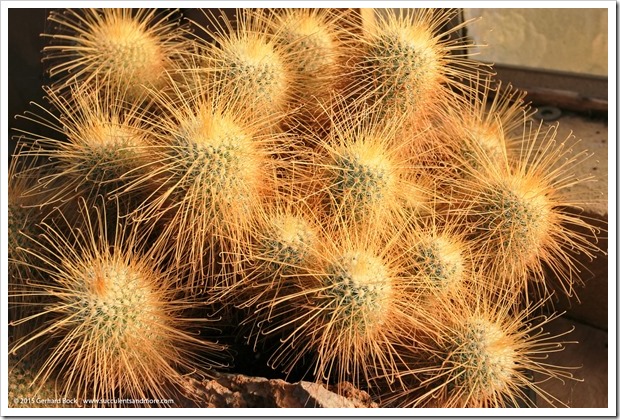 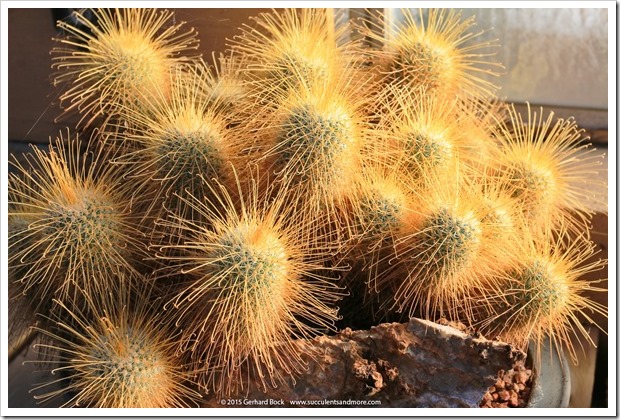 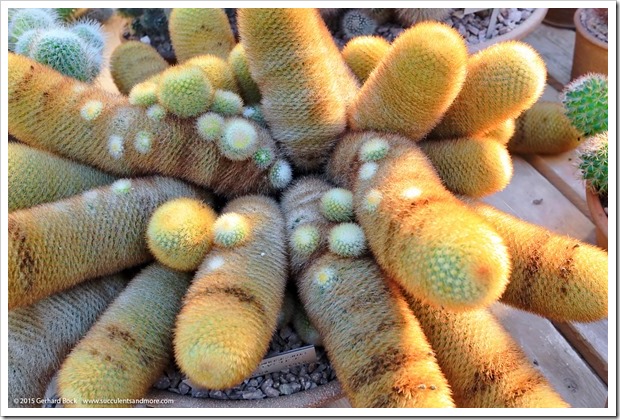 Check out this post on Piece of Eden from January 2015. It features a much wider variety of pictures taken in the Desert Garden Conservatory.