In yesterday’s post I mentioned that it was trying to snow as we were arriving at my mother-in-law’s house in Mount Shasta in the mountains of far northern California. As I went to bed last night, I was hoping to find a winter wonderland in the morning.

And to my delight I did. In fact, it was still snowing at 8 a.m. this morning. I quickly grabbed my camera and took some photos on my mother-in-law’s two-acre property. Get ready for some picture-postcard loveliness!

Barn in the backyard framed by Western redcedars (Thuja plicata) 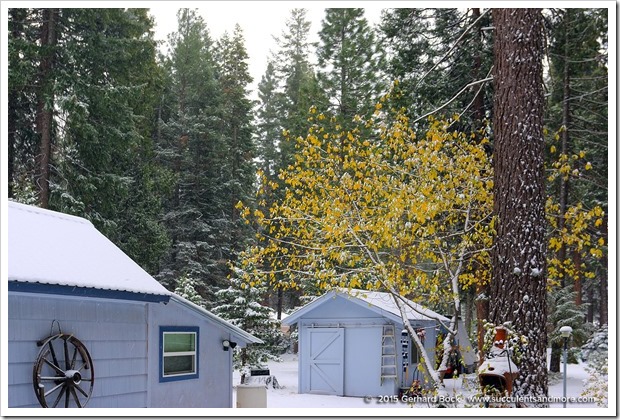 When asked what this tree is, my mother-in-law replied, “beats the sh*t out of me” 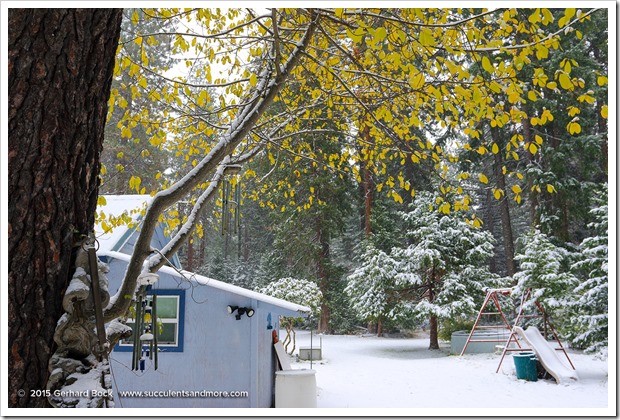 So it will henceforth be known… 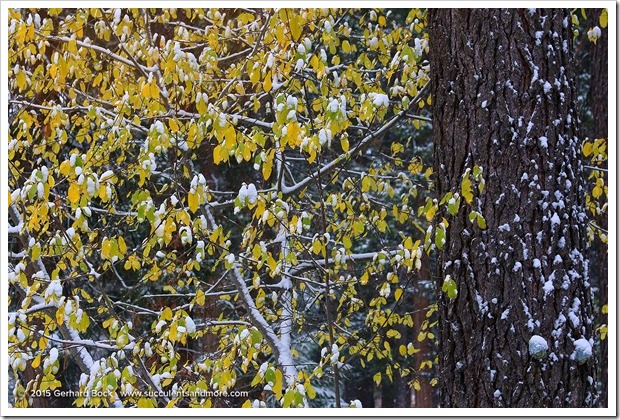 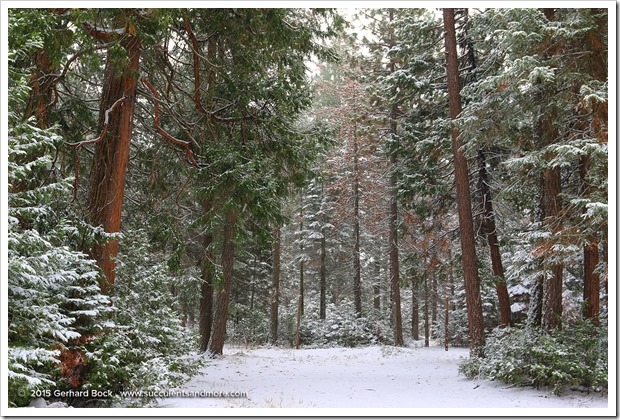 Clearing in the woods 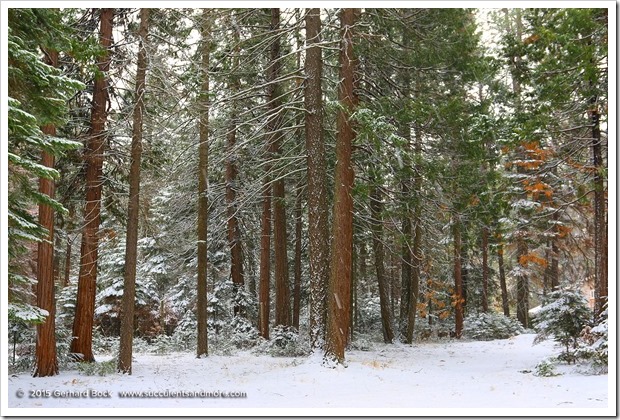 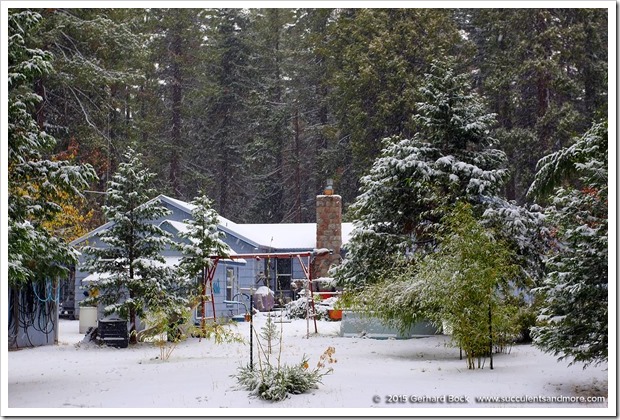 Grandma’s house (without the big oven in the kitchen) 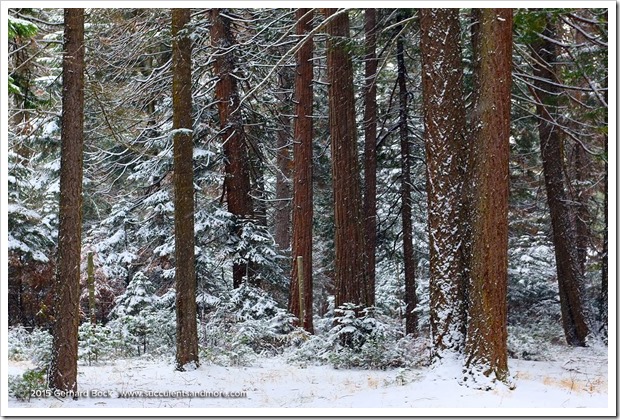 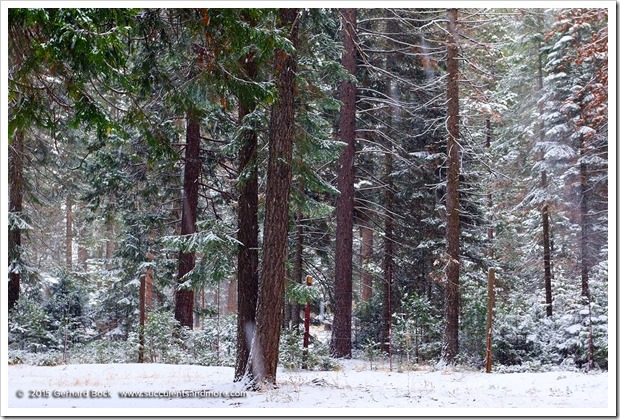 I hate the cold, but I love falling snow 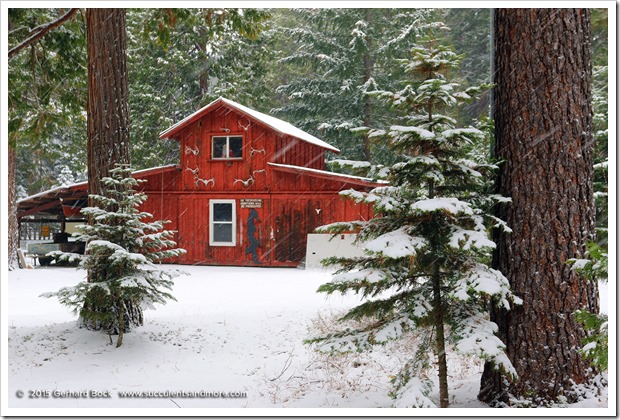 One more photo of the impossibly scenic barn in the backyard 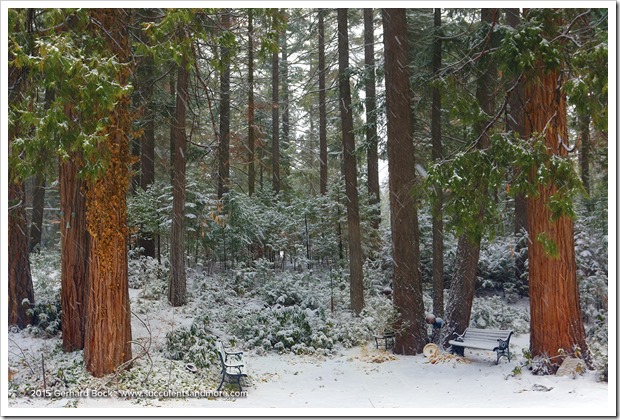 This is the small hill in front of the house 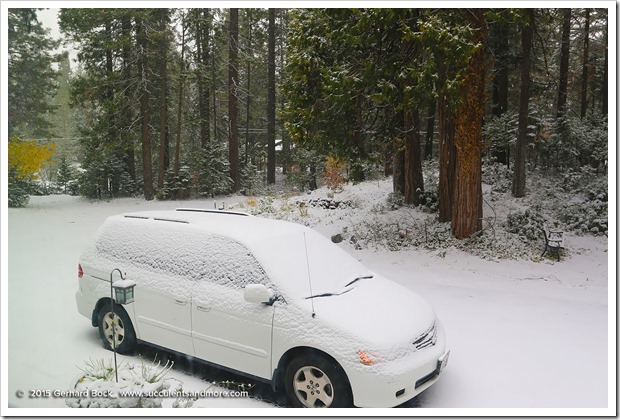 Our minivan in front of the house

In 2011, we planted several running bamboos in my parents-in-law’s backyard. Fast forward four years. While all the bamboos are still alive, none with the exception of the stone bamboo (Phyllostachys angusta) below has grown much. 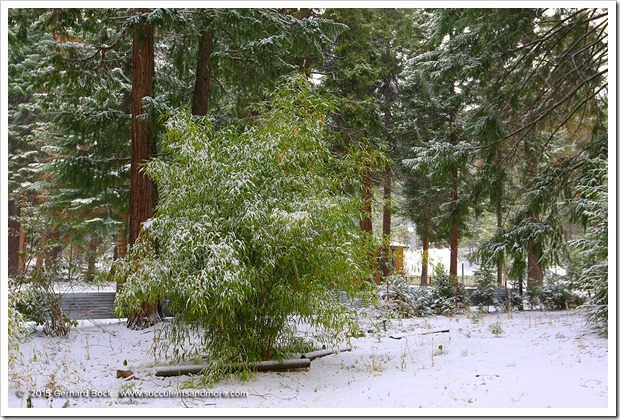 In fact, none of them have “run” to take over the backyard, as some of the neighbors had predicted.

There are two reasons. Reason #1: The soil here is extremely well draining and dries out very quickly. The only growth that has happened is where the soil gets watered. Reason #2: We’re in year four of an epic drought. My mother-in-law has cut way back on irrigation. The bamboos have received just enough to survive, but not enough to spread.

In light of that, let’s take a look at some of the bamboos in the backyard. 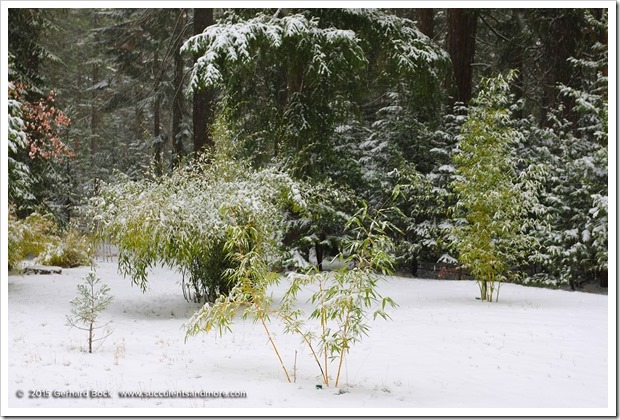 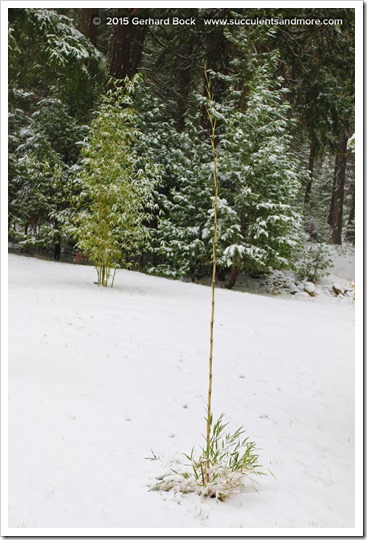 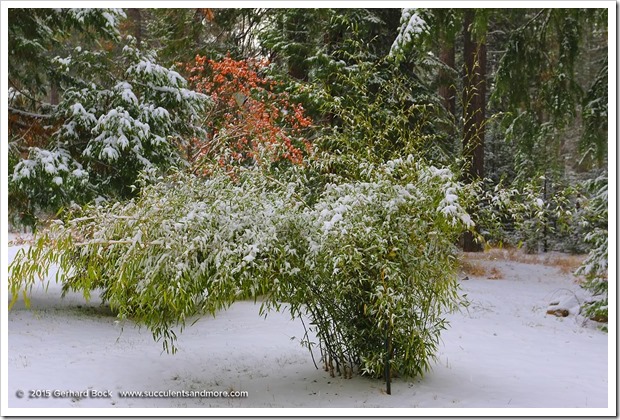 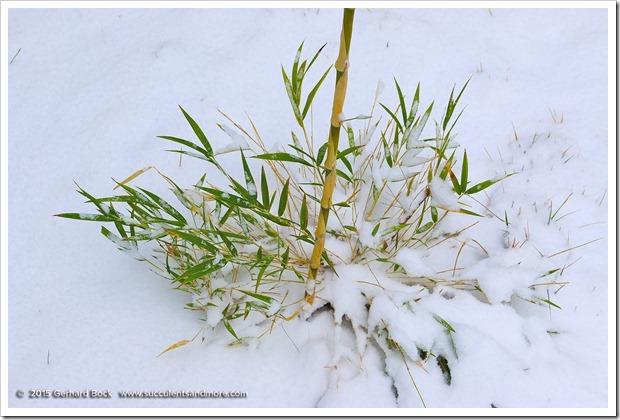 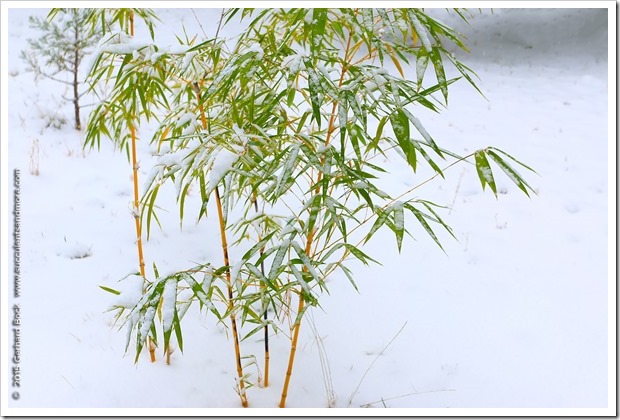 If these bamboos were growing in, say, the Carolinas, they would have engulfed half of the backyard by now. But here in the arid West, they’re barely hanging on.