The photo below shows three potted succulents in the backyard. The one on the left is Agave lophantha ‘Quadricolor’, pupping away merrily (the “mother plant” here is itself an offset from the original mother). The one in the middle, in the hollowed-out pumice rock, is Agave bracteosa ‘Calamar’, a solitary cultivar of the squid agave, which normally forms large clumps. On the right is Aloe sinkatana, a non-demanding small aloe from Sudan that blooms several times a year. 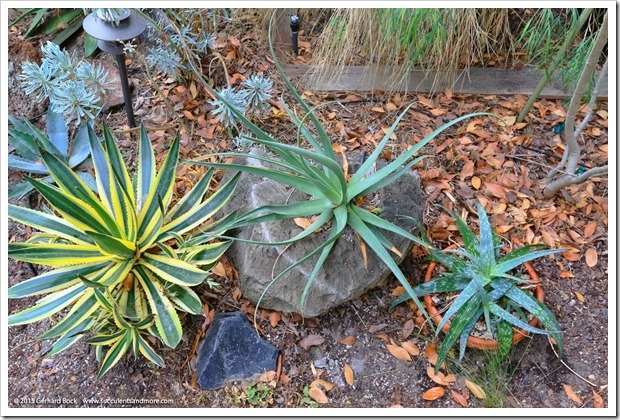 Aloe sinkatana grows well in shady corners and thrives on neglect, as my plant has proven over and over again. And it produces babies at a moderate rate, allowing the love to be shared with friends and neighbors. 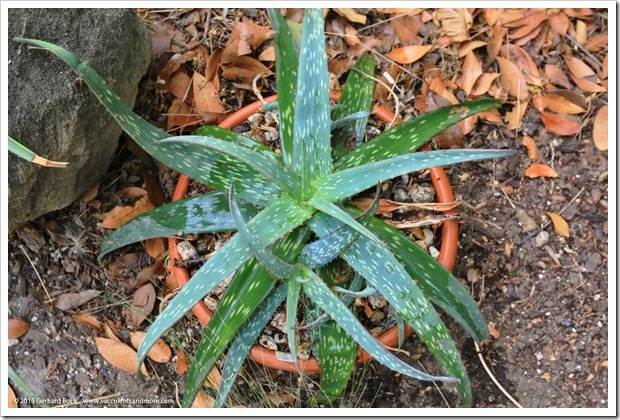 After watering it last Saturday (the reason why it’s wet in these photos), I grabbed a pair of nippers and finally cut off the dead flower stalk that had been there since the summer. 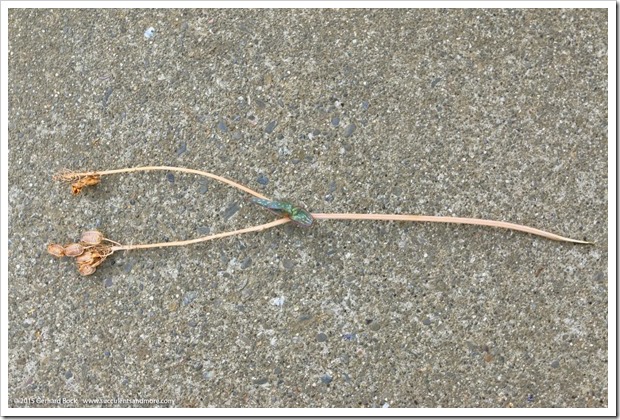 I’d been wanting to save the seeds but the seed capsules had popped open already and there was no seed left. 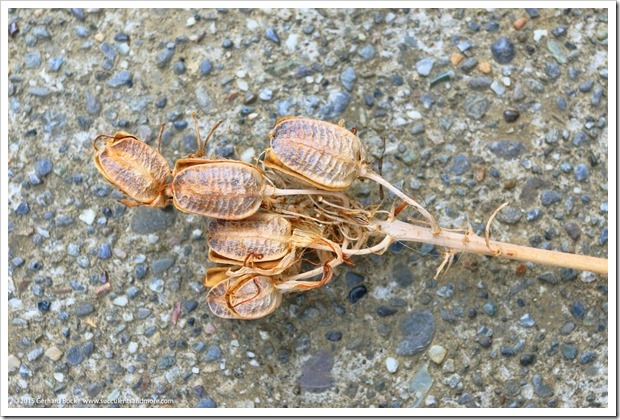 Instead there was a surprise more welcome than any seed. Take a look at the dried flower stalk two photos up. See that thing in the middle? It’s a small baby! 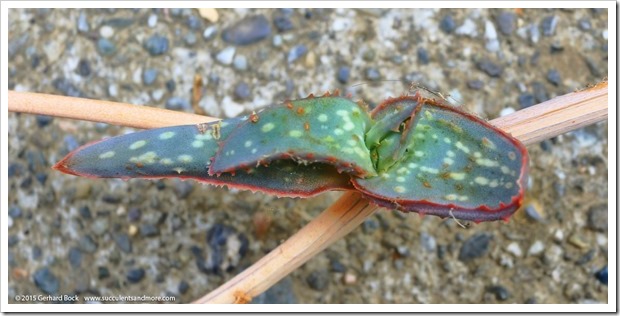 I have no idea how it came to grow there and, more importantly, how it kept itself alive all this time. 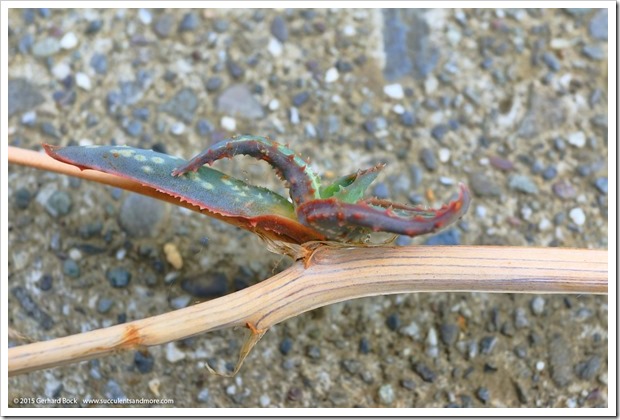 It has no roots, but it looks perfectly healthy otherwise. I cut off the dried parts of the flower stalk all around it and put it in a small pot with dry soil. I’m hoping it will root before it gets cold.

Succulents: They always surprise you!