Time’s a-flying. It’s hard to believe it’s been three months since our Pacific Northwest trip. I’ve already covered all the gardens I visited; you’ll find my posts listed in this handy overview. But there was one unexpected find I haven’t written about yet: the serendipitous discovery of a charming water garden at a condominium complex in Victoria, British Columbia. 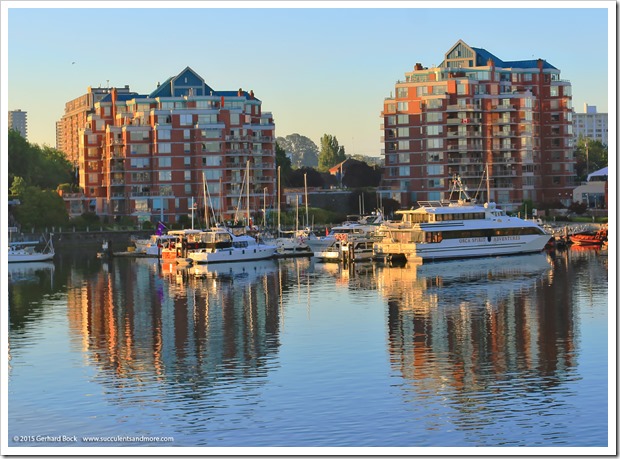 The condo complex is called Harbourside and it’s located at 636 Montreal Street, near Fisherman’s Wharf. Some of the ground-floor units adjoin the “lake” that connects the two buildings. Rather than a blank expanse of water, it’s studded with a variety of aquatic plants. The design is so attractive, I spent a half hour taking pictures. 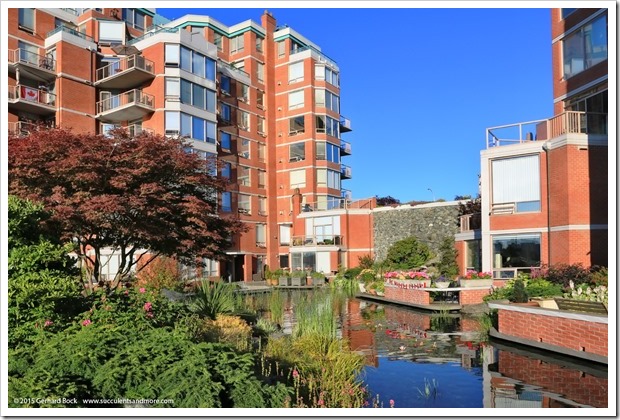 The lake itself was beautiful enough. 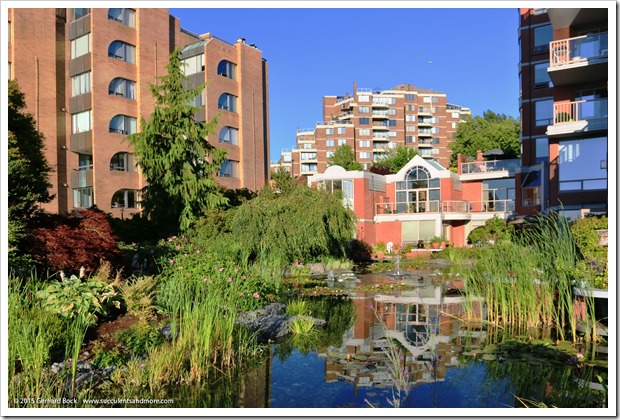 But what made the overall look even more interesting were the small gardens some of the apartment owners have created on their patios. 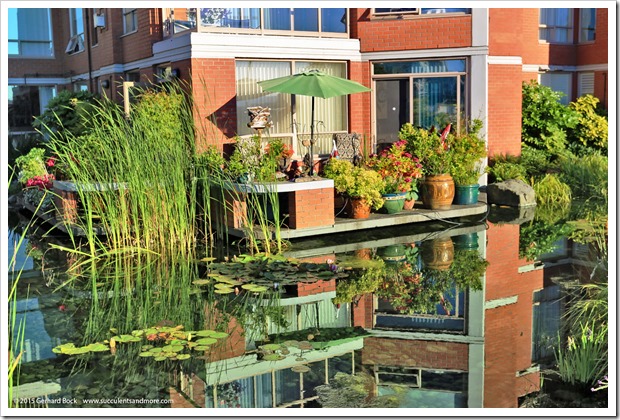 Public and private spaces converge seamlessly, and the effect is magical to those walking by (like me). 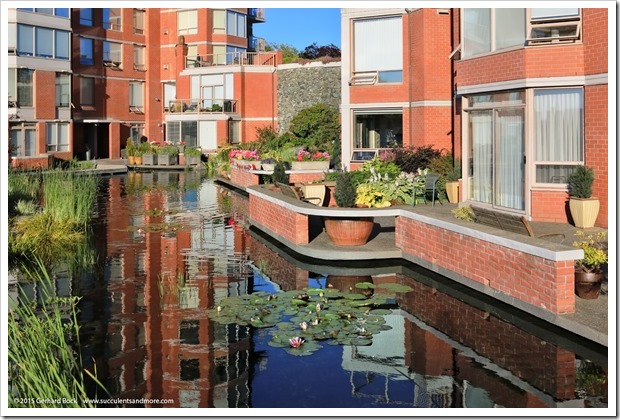 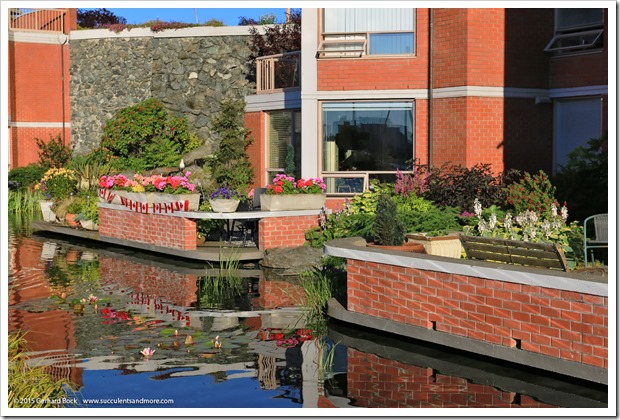 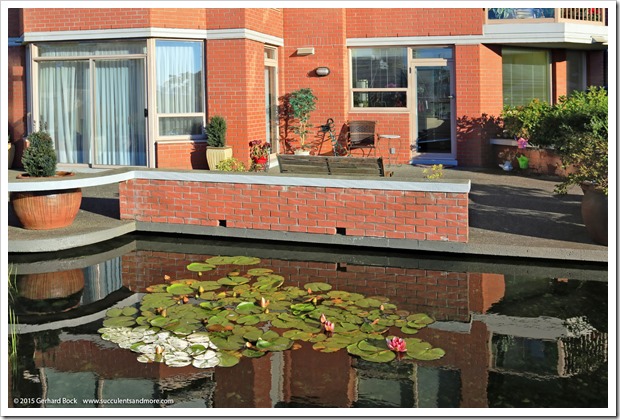 I have no plans of ever living in an apartment again, but if I did, it would be in a place this like. The views of the Victoria Harbour aren’t shabby either! 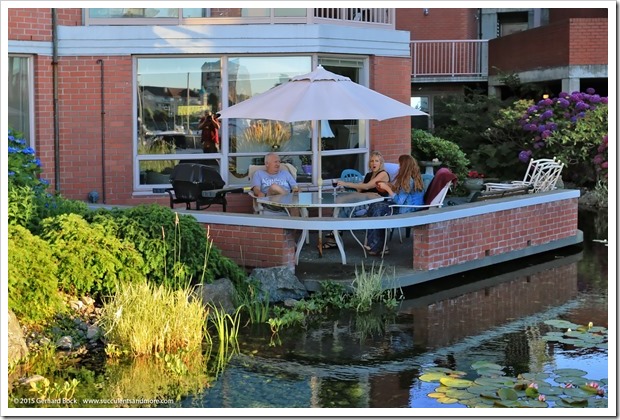