The calendar may say October, but the weather gods don’t seem to have gotten the message: We still hit the low 90s virtually every afternoon. Last Saturday, I was already sweating at 9:45 a.m. as I was standing in line at the Ruth Bancroft Garden (RBG) waiting for the nursery to open for the fall plant sale. I would have loved overcast skies and temperatures in the 60s but that was simply not in the cards. 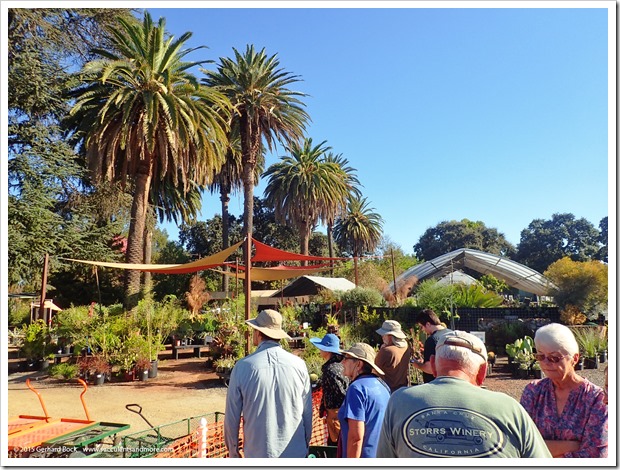 The RBG’s fall plant sale was a bit different this year. Instead of opening an hour early for members only, the sale started at 10 a.m. for everybody. However, members were rewarded with a 20% discount on all plants—a very nice bonus indeed. 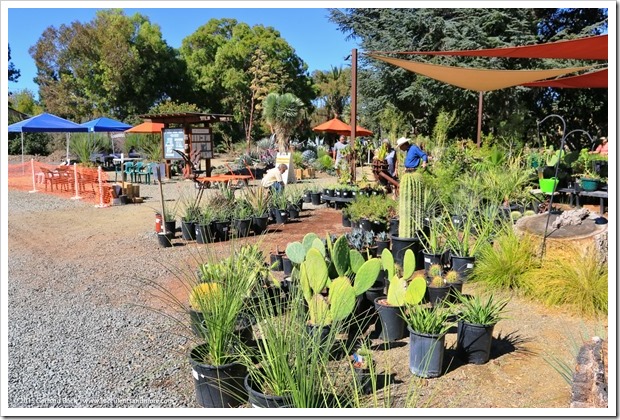 In the past, the nursery’s offerings outside of the spring and fall plant sales had been limited, both in terms of physical space and variety. However, this year the RBG nursery has undergone a transformation that is nothing short of astounding.

In February 2015, the nursery doubled its retail space. Along with it came a larger selection of succulents—to be expected from a garden known for its spiky treasures—but also a much wider variety of water-wise companion plants, ranging from California and Southwest natives to shrubs from the southern hemisphere, especially protea relatives from South Africa and Australia. Much of this development has been driven by nursery manager Troy McGregor, plantsman extraordinaire from the Land Down Under, and his immensely dedicated staff. 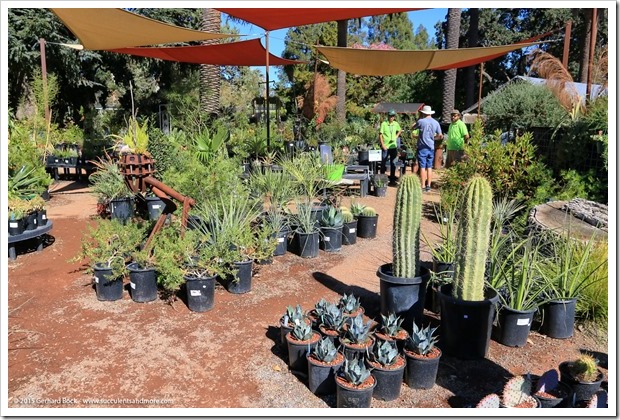 Since the nursery now offers a large selection year round, the focus on the biannual plant sales has shifted somewhat. Still, there were eight additional tables for the fall sale this past Saturday, and I found quite a few goodies I had never seen at the nursery before. 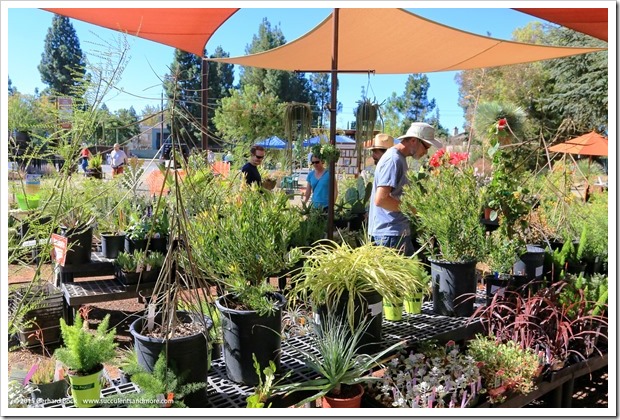 With the timeline of our front lawn removal still up in the air (our contractor is very busy), I didn’t want to buy a lot of new plants just now. However, I had $150 to spend on raffle plants for the Sacramento Cactus & Succulent Society (SCSS) so I was able to splurge after all. Scroll down to see what I bought. 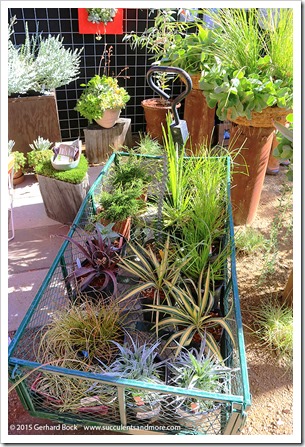 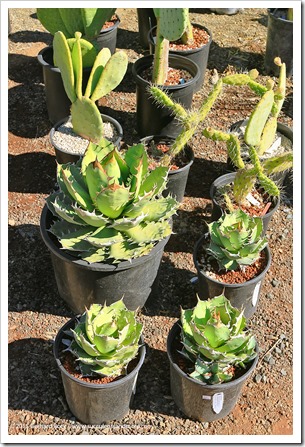 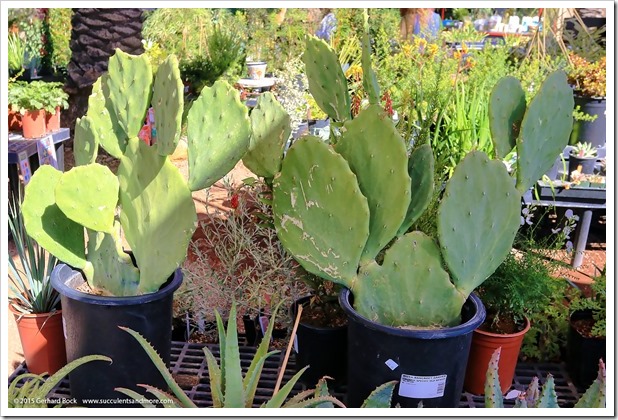 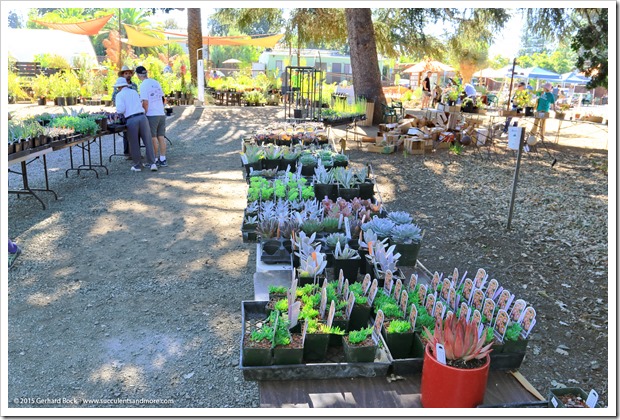 In addition to plants bought in from growers in California, Arizona and even Washington, RBG garden staff had pulled out quite a few agaves that were being offered bare root. A great opportunity for people wanting immediate impact in their own garden at a very good price. 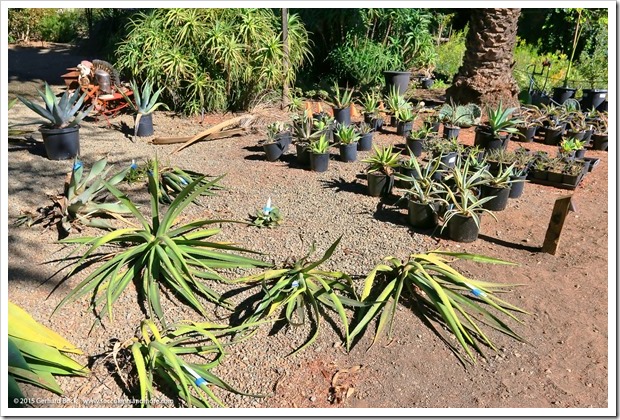 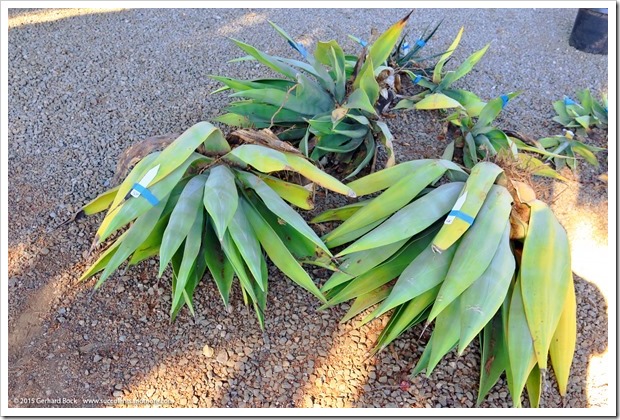 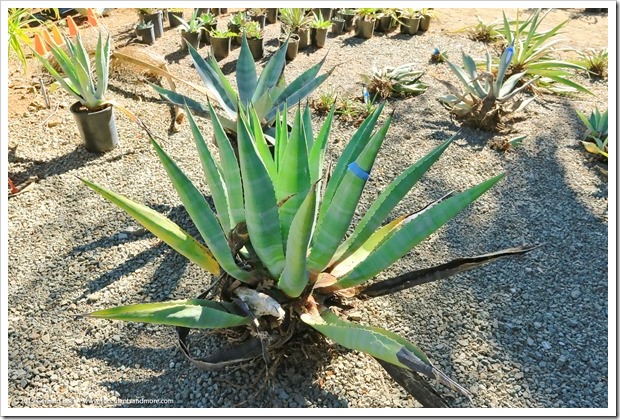 Here’s what I brought home. First the plants for myself: a honeypot dryandra (Banksia nivea), a small Western Australian shrub I’m going to trial for Troy; a picture-perfect Agave ocahui; an Agave potatorum ‘Cameron Blue’ I’ve been wanting for three years; and a Portulaca molokiniensis, a succulent native to the island of Molokini off the coast of Maui. In spite of its tropical origin, the latter is supposed to grow very well in our Mediterranean climate. We shall see. 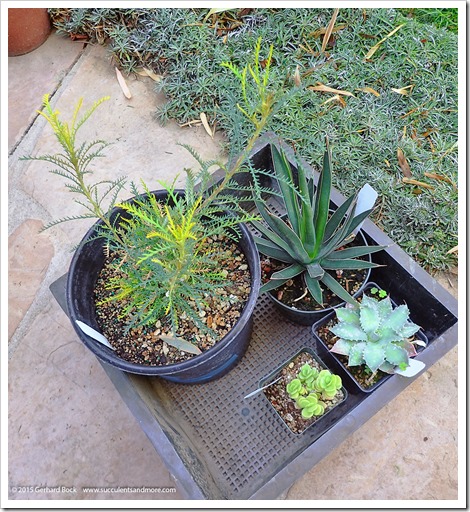 And here are the goodies for the SCSS plant raffle. If you’re an SCSS member (or plan on being at the October 26 meeting), this is what you can look forward to: 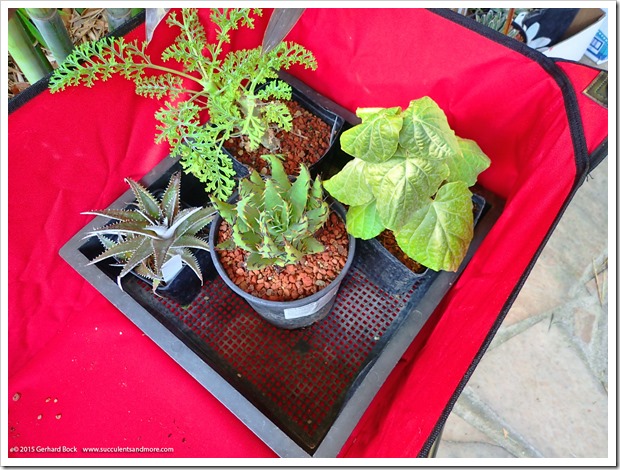 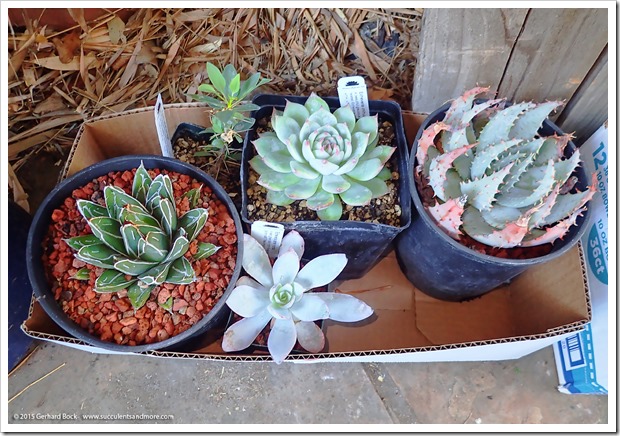 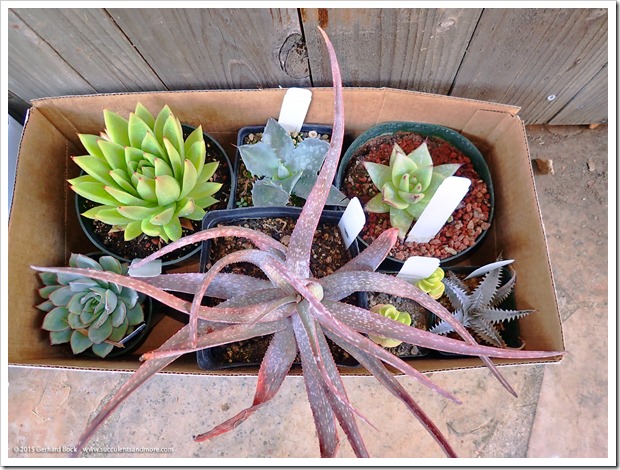 After I’d paid for my purchases and loaded them into the car, I grabbed my camera and strolled through the garden, like I always do. Check back on Wednesday to see the goodies I found, some of them never featured here before. The RBG garden staff never rests, so every time I visit I come across things that weren’t there before. Or at least it seems that way.