A detailed update on the agaves in my collection is long overdue. I just started to take photos of the 100+ agaves I have in the ground and in pots, and I realized it would make more sense to do some cleanup first so the plants look as good as they possibly can. So it’ll be a while yet before I have that post ready. Maybe we’ll even get another rain shower or two to help wash off the dust from a long and dry summer.

In the meantime, here’s a small teaser. 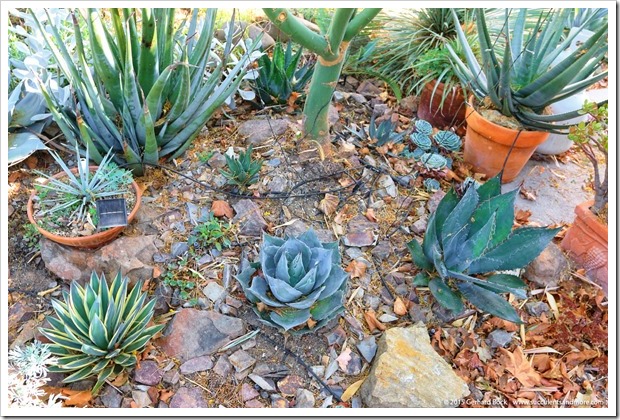 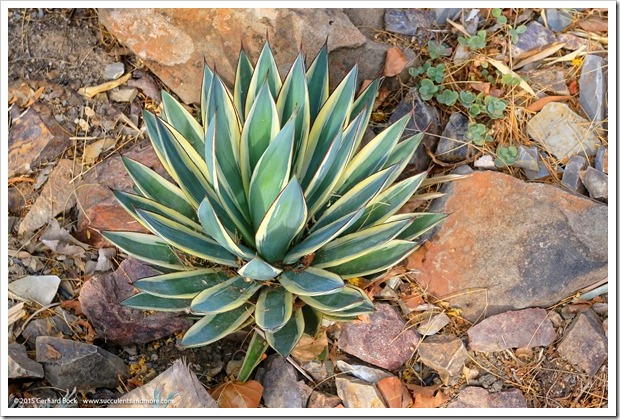 Agave ‘Snow Glow’, a sport of Agave ‘Blue Glow’, which in turn is a hybrid of Agave ocahui and Agave attenuata 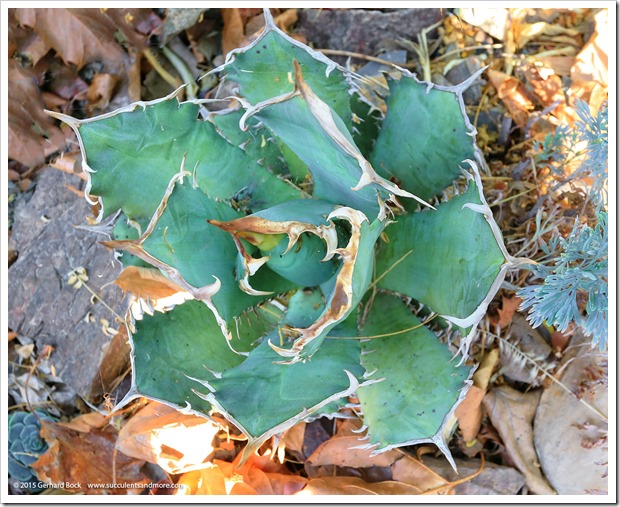 Agave ‘Felipe Otero’ (aka ‘FO-76’, aka ‘Sierra Mixteca’), a close relative (or subspecies) of Agave titanota 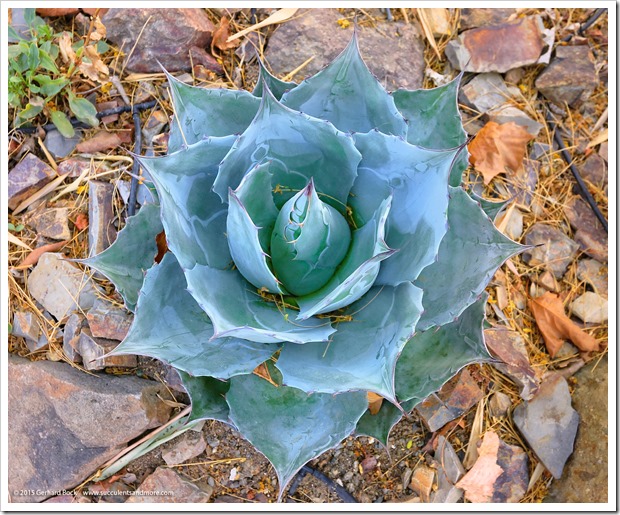 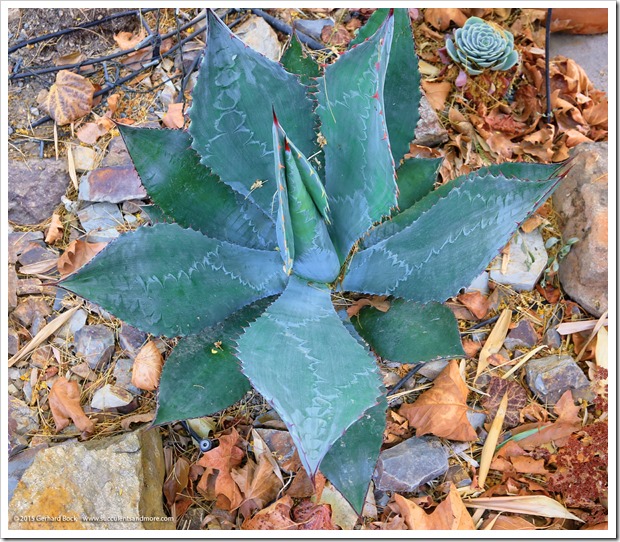 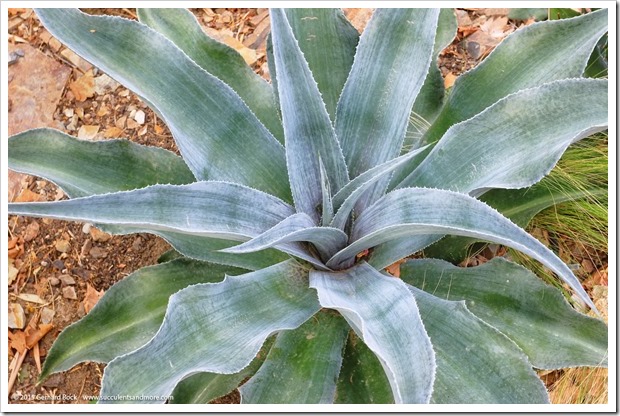 ×Mangave ‘Greg Starr’ (my name; cross between Agave sobria and a NOID Manfreda) 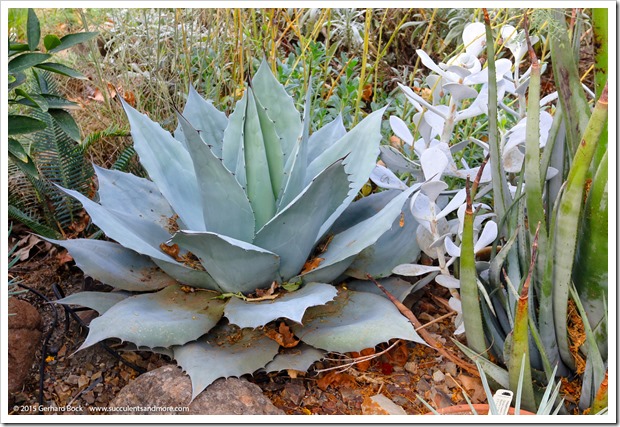 Agave ovatifolia ‘Frosty Blue’. It’s getting so big, I’ll soon have to remove the Aloe cryptopoda to the right of it to make room. Mature size is 5-6 ft. wide. 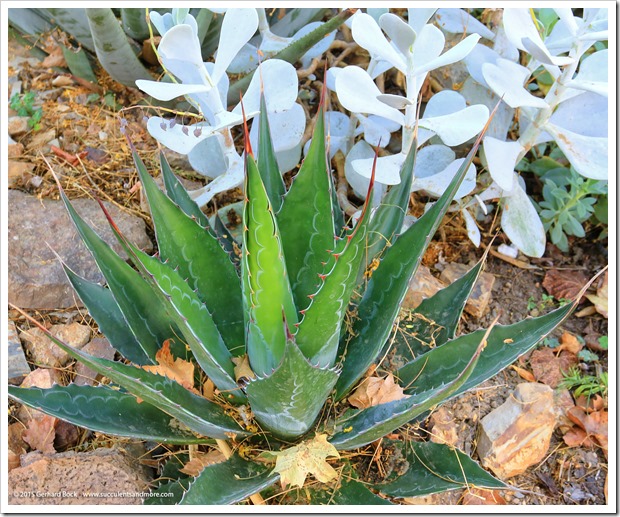 Agave montana, still one of my favorites 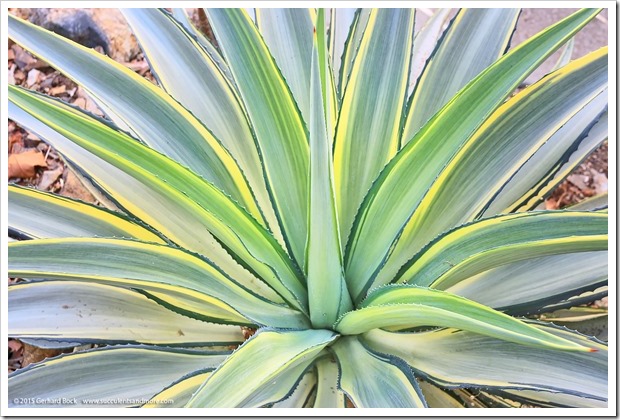 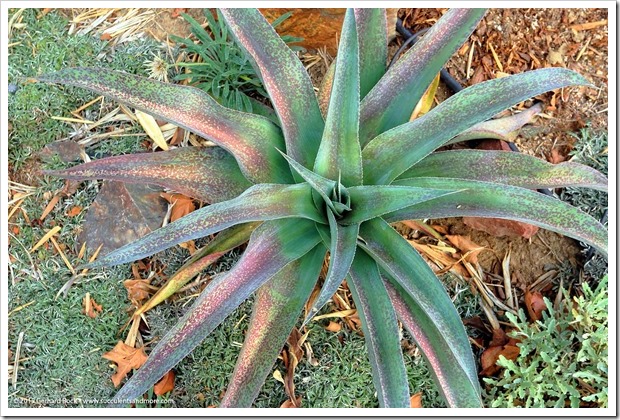 ×Mangave ‘Macho Mocha’, a hybrid between Manfreda variegata and Agave mitis. Will get to 4 ft. wide. 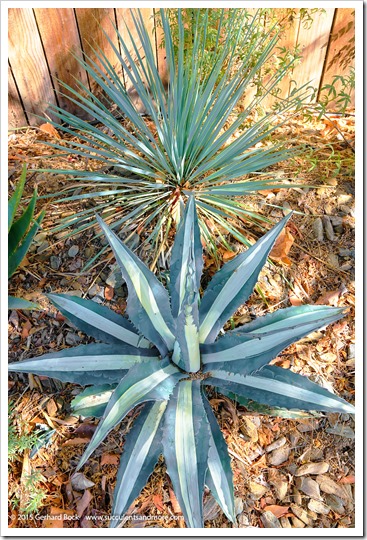 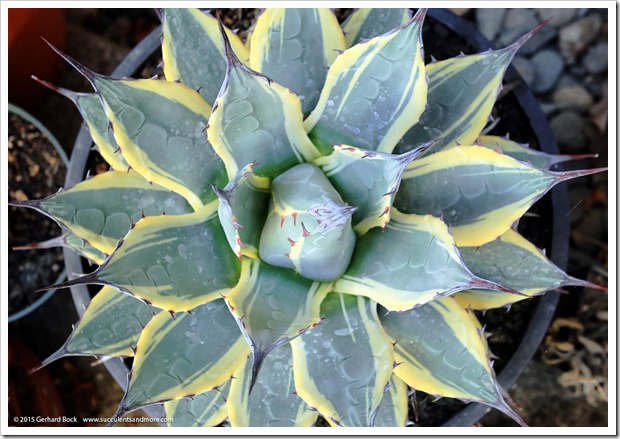 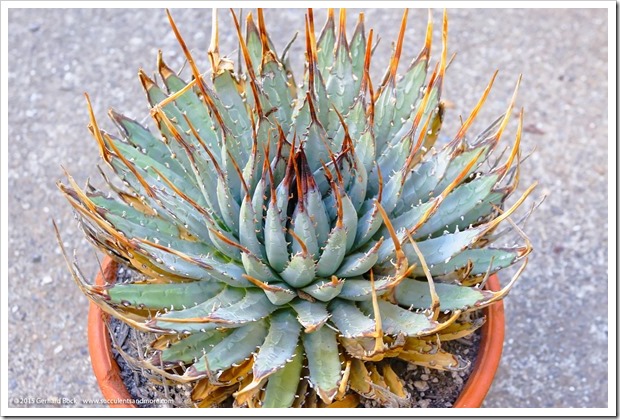 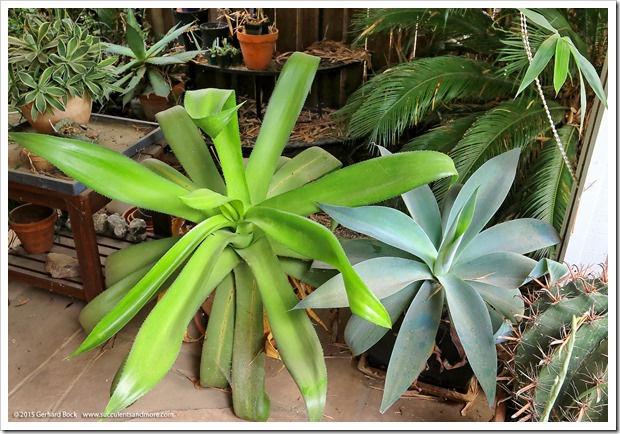 LEFT: Agave mitis, acting like it might want to flower (new leaves are getting smaller, not larger)   RIGHT: Agave attenuata ‘Boutin Blue’. Both are in pots.