I know as much about water gardens as I do about growing orchids, but from reading posts on favorite blogs like It’s Not Work, It’s Gardening! and Danger Garden I have at least heard the word “duckweed.” It seems that for folks who have a pond or water garden, duckweed (Lemna and other genera) is something desirable although in some circles it’s considered invasive.

Yesterday I joined my friend Ursula for a walk through the UC Davis Arboretum, and we saw some pretty impressive carpets of duckweed in Putah Creek. According to signs posted along Putah Creek, gray water from campus is released into Putah Creek during periods of drought to raise the water level. Whatever is in that gray water sure is good fertilizer for duckweed! 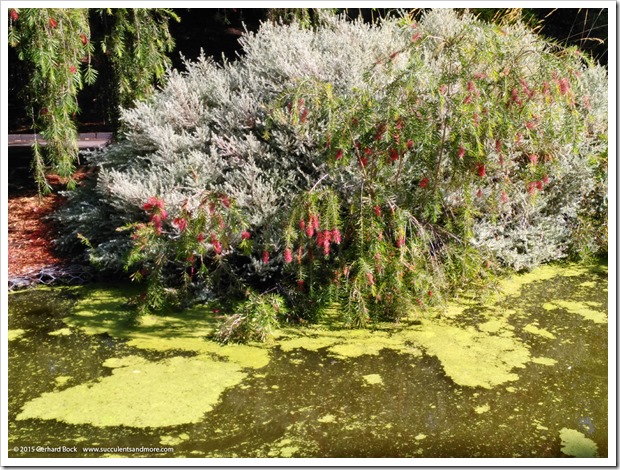 And there are plenty of ducks seemingly sitting on top of carpets of duckweed. 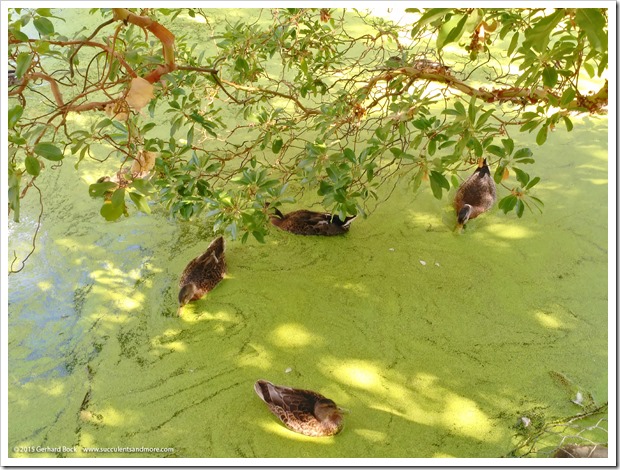 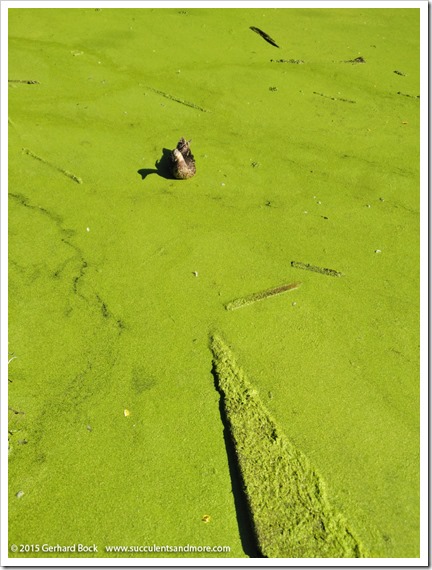 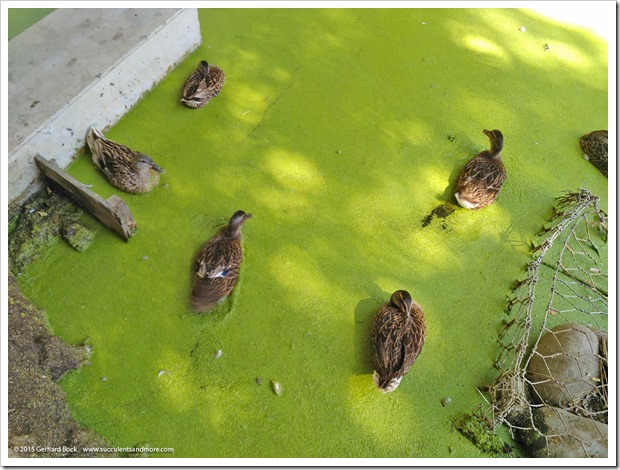 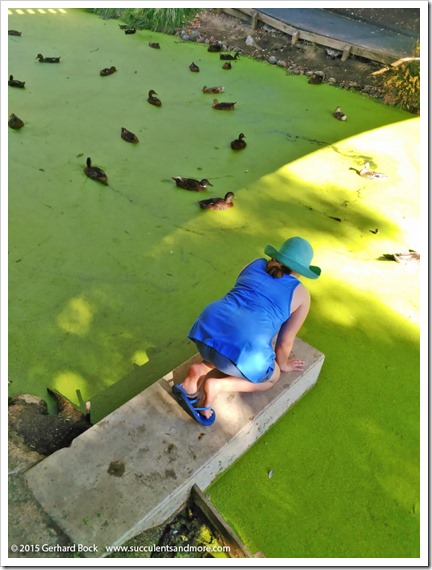 Do ducks eat duckweed? This article says “Yes and no. Domestic ducks tend to eat duckweed, wild ones don’t.” I consider the ducks on Putah Creek to be domestic, so maybe they do.

Duckweeds are found in quiet, nutrient rich wetlands and ponds. They require high levels of nutrients to “bud” which means if a pond has a lot of duckweed the pond has excessive nutrients. Duckweed does not like moving water or windswept water even if the nutrients are high. Duckweeds bud. Under ideal conditions one duckweed frond can produce 17,500 “daughters” in just two weeks. With such high reproduction rate duckweed can cover the surface of ponds in just a few weeks. That is also why it is being considered for biodiesel because it has five to six times the amount of starch as corn.

Very interesting. I wonder if UC Davis is studying duckweed as a biodiesel feedstock?

It’s odd to be writing about water gardens and water plants when we’re at the height of a four-year drought and a 6,700 acre wildfire is raging not far from here…