Agave bulbils—hundreds, maybe thousands of them!

I know you’ve been waiting with bated breath for the next installment in my ongoing saga centering on the Agave desmettiana ‘Variegata’ near our front door. It began to flower about nine months ago. The last time I wrote about it, on May 13, the first bulbils began to emerge. Now there are so many, I can’t even begin to count them—there are possibly thousands! 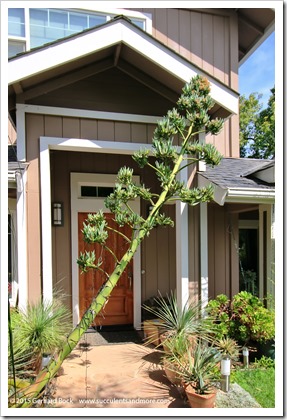 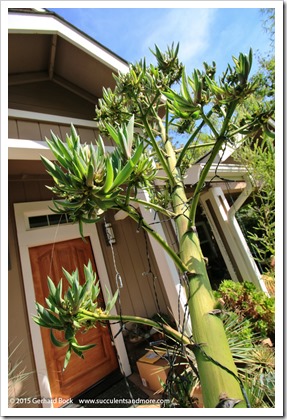 Agaves take a long time to produce flowers. How long depends on the species. But even my Agave desmettiana ‘Variegata’, which has a reputation for flowering young, took about seven years. Other agaves grow to be twenty or thirty years old before they send up a flower stalk. 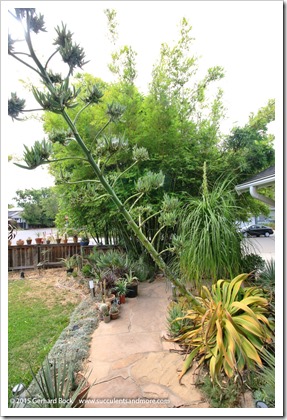 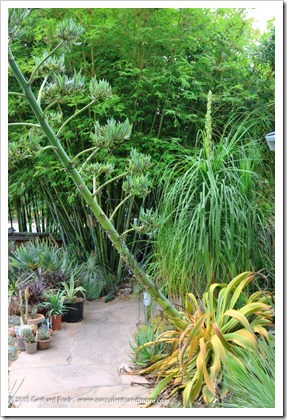 Most agaves die after they flower because they invest all their energy reserves into producing their massive inflorescence (a behavior called “monocarpic”). A few bloom repeatedly, much like a perennial plant would. 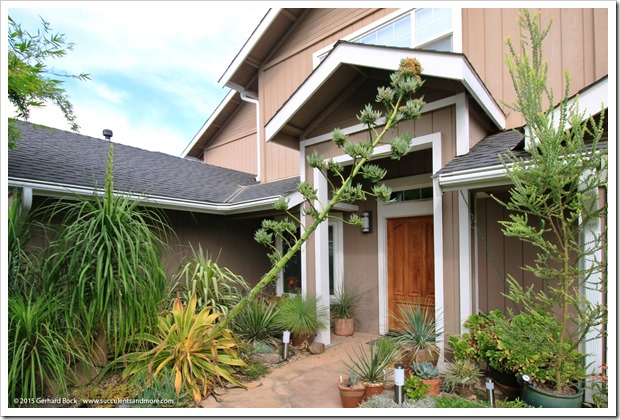 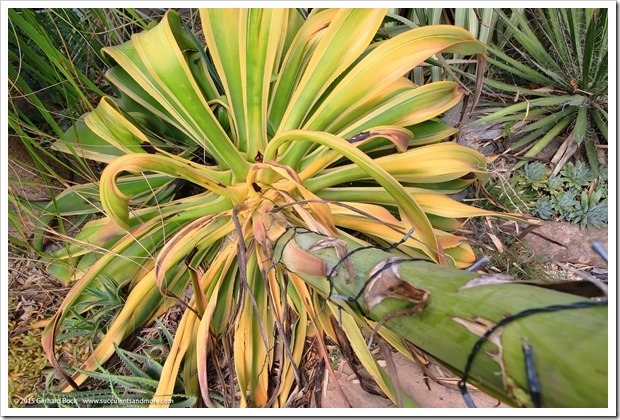 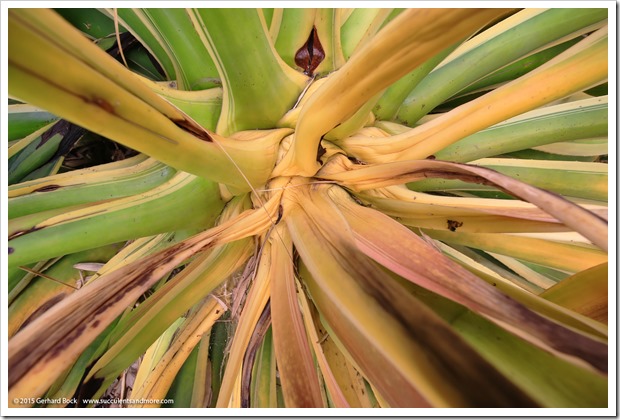 The mother plant is all but dead now

The majority of agaves reproduce either by seed and/or live offsets (“pups”). But a few produce something else instead or in addition to pups: bulbils. Bulbils are miniature plants that grow along the flower stalk and eventually fall off and root. To me this is the most miraculous reproduction strategy. Looking at the flower stalk of my Agave desmettiana ‘Variegata’ covered with countless bulbils, it’s easy to see where all of the mother plant’s energy went. 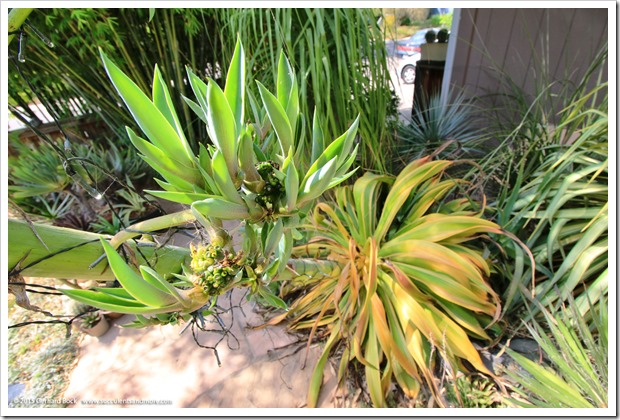 My goal is to find the bulbils with the best variegation 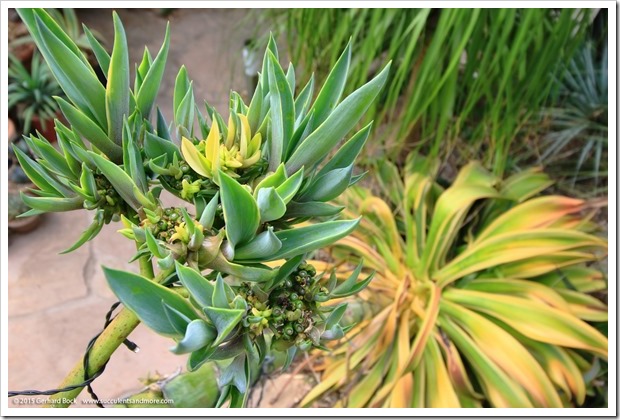 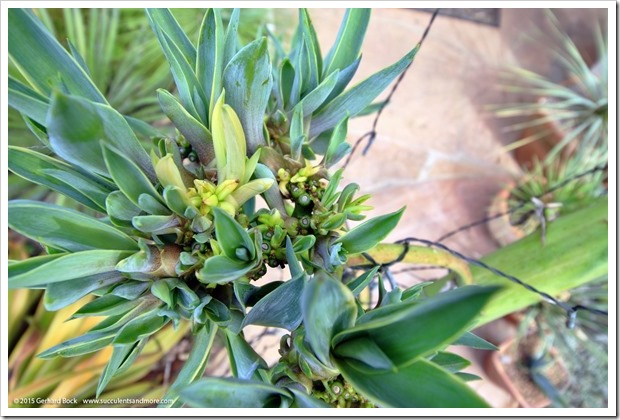 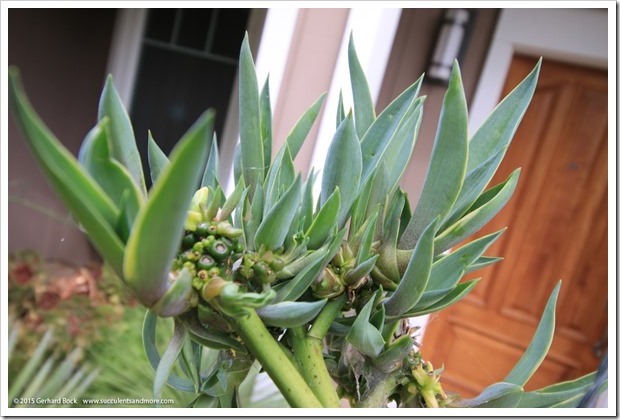 The obvious question is how long I will leave the flower stalk up. The answer is simple: Since it’s too hot to do much of anything until September, I imagine for a few more months. This will give the bulbils the chance to grow to a truly viable size. I’ll have so many babies, I won’t know what to do with them, especially since there are at least three rather large pups hiding under that momma rosette.

If you want any bulbils, please let me know how many. All I ask is that you cover postage.