Today is Canada’s birthday. 148 years ago, on July 1, 1867, the British North America Act turned New Brunswick, Nova Scotia and the United Province of Canada into one country called Canada. It technically remained under control of the British parliament until 1982 when Canada received its own constitution, which finally eliminated the last traces of British control over Canadian sovereignty.

Today we’re in Victoria, the capital of the province of British Columbia. Our hotel is located very close to the Inner Harbour and the city center so we’re able to walk to all the main attraction. That’s a major benefit since the waterfront is packed with people celebrating Canada Day. Here are some photos I took in the early afternoon: 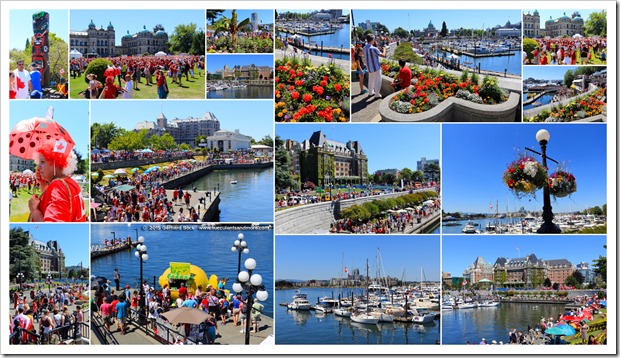 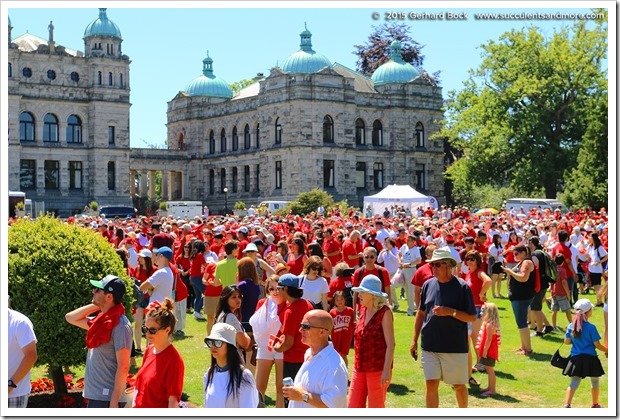 Canada Day crowd in red and white, the colors of the Canadian flag, in front of the British Columbia Parliament 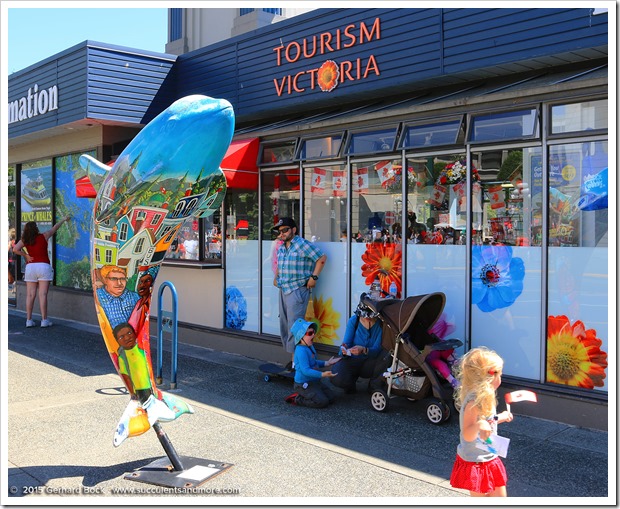 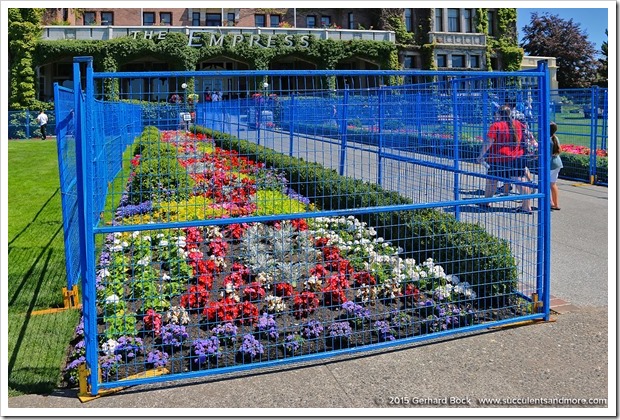 I love this living sculpture representing an orca on top of a wave. I wonder how they water it? 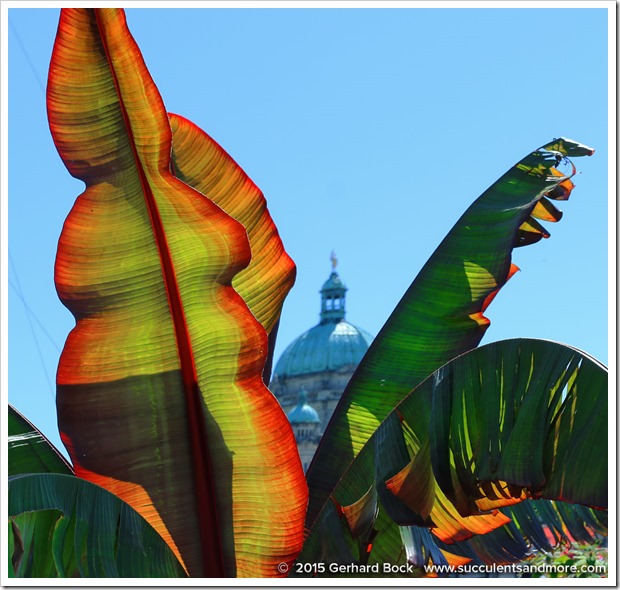 I saw quite a few Ensete ventricosum ‘Maurelii’, a testament to Victoria’s climate (zone 9a), considered to be the mildest in all of Canada 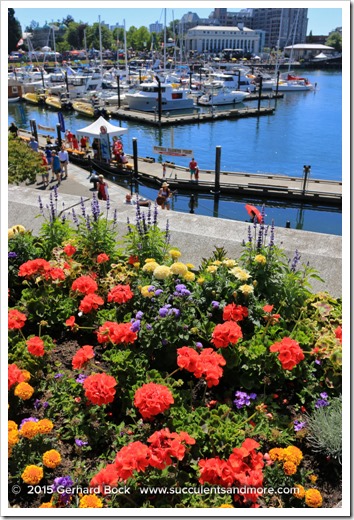 But the most frequently seen ornamental plants are annuals. They are everywhere in the city center.

In the early evening we followed the David Foster Harbour Pathway along the waterfront to Fisherman’s Wharf. One of the buildings we walked by was the Harbourside condo complex at 630 Montreal Street. The two buildings are connected by a pond that gives many of the ground-level condos their own water garden. I loved this concept and will do a separate post with additional photos. 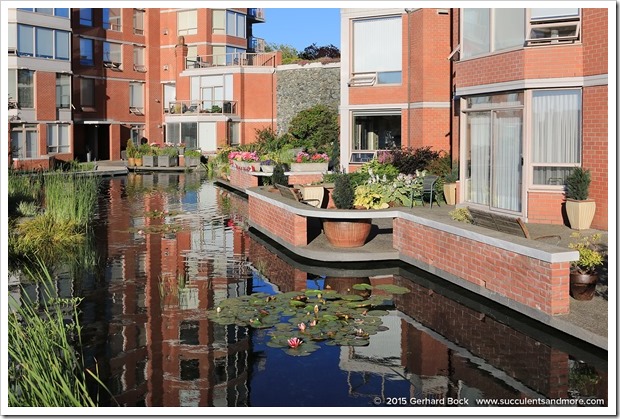 I could see myself living there in retirement. All of these condos face the harbor.

The collage below shows some of the other sights we saw on our walk to Fisherman’s Wharf, including the floating homes on the wharf itself. 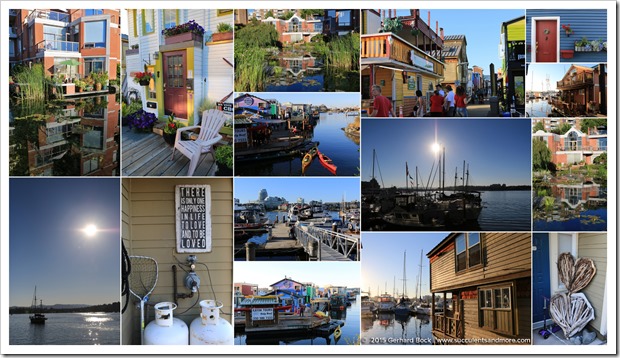 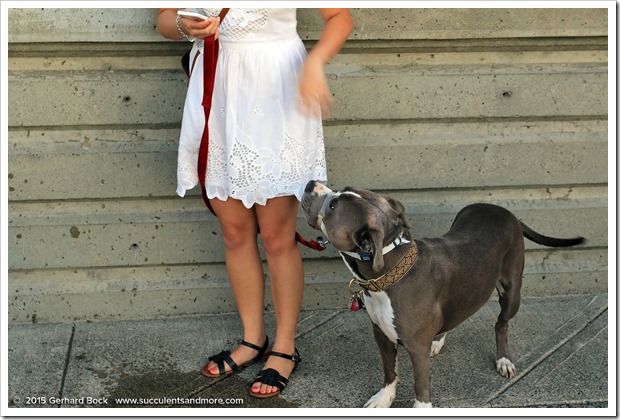 Humans of Victoria (I) 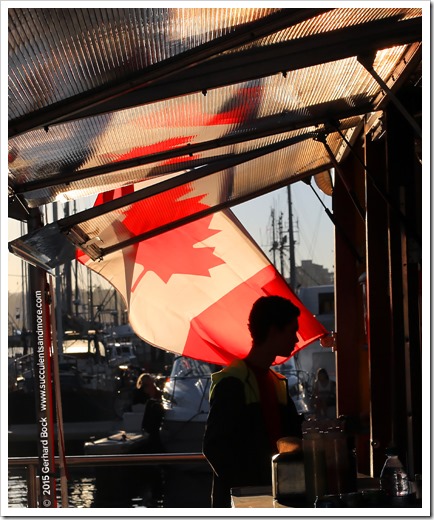 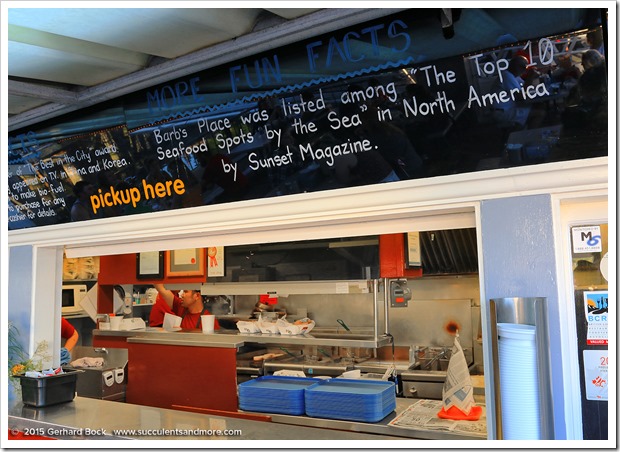 We had dinner at Barb’s Place on Fisherman’s Wharf. You order at a window and eat at tables outside (everything wobbles because the buildings are on a floating platform). I’m happy to report that Barb’s lived up to the hype. I had the best fish-and-chips in my life—perfectly cooked inside, light and crispy on the outside.

The most anticipated event of the day, of course, was the firework display over the Inner Harbour. We occupied our chosen spot near the Parliament at sundown but it still took almost an hour before the fireworks began at 10:20am. At 10:05am my camera battery died but fortunately our hotel was nearby so I was able to walk there and back before the display began.

As you can see from the photos below, the fireworks, combined with the waterfront setting, made for pure magic. It was the perfect end to a perfect vacation day. Yes, Victoria turned out to be everything I had hoped for. 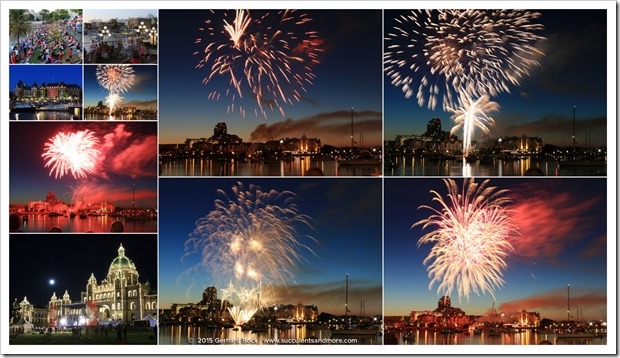 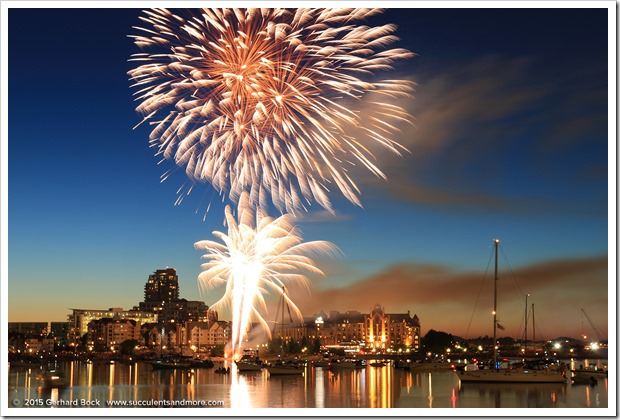