This morning we visited Butchart Gardens, with close to a million visitors a year one of the most popular public gardens in North America. Located in Brentwood Bay about 15 miles to the northwest of Victoria, the garden was started in the early 1900s by Robert and Jennie Butchart. They made their fortune manufacturing Portland cement for the West Coast building boom. When the limestone deposits in their quarry were depleted, Jennie turned the giant pit into a sunken garden—still the centerpiece of the Butchart Gardens. Over the next 20 years, the Butcharts added the Japanese, Italian and rose gardens. Word about the remarkable gardens near Victoria spread far and wide, and what had started out as the Butcharts’ private wonderland has become a major destination for tourists from all over the world.

Often called the Disneyland of gardens, Butchart Gardens definitely appeals to folks who love their flowers frilly and bright. A million (!) bedding plants are grown in 26 greenhouses, and 50 gardeners work diligently to keep the blooms going. For the spring extravaganza, 200,000 bulbs are imported from Holland every year! 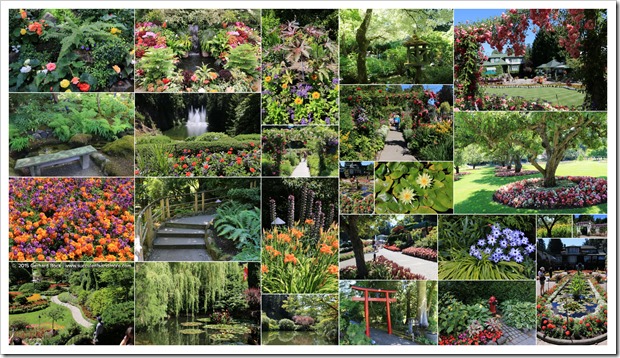 “Over the top” is definitely the default here. And the recipe is hugely successful. I quickly lost count this morning of how often I heard exclamations like “the most beautiful thing I’ve ever seen.” I would love to know how many photos are taken here every day. I bet the number is staggering. Free Wi-Fi in several spots throughout the 55 acre (22 hectare) property lets visitors immediately post their snaps to social media. 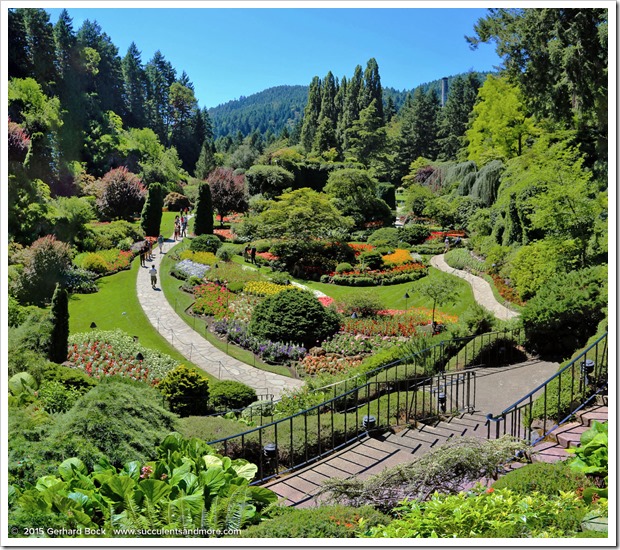 I’ll do a separate post on Butchart Gardens down the line. That will give me enough time to figure out what I think. Right now I really don’t know. Fact: It didn’t take me long this morning to reach sensory overload from one relentlessly cheery planting after another. I was glad to escape to the Japanese Garden, which is dominated by soothing greens. 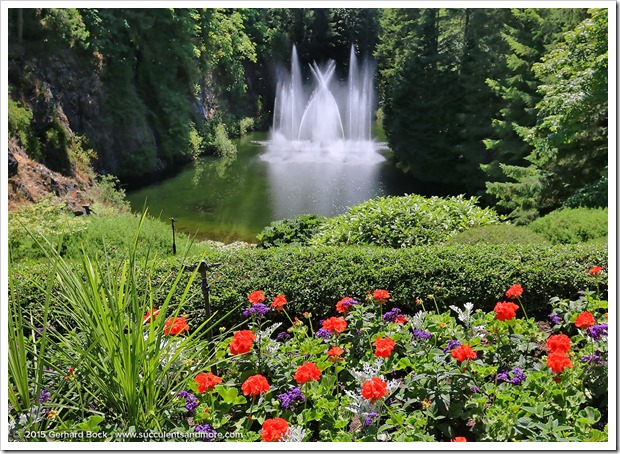 Ross Fountain at the far end of the Sunken Garden 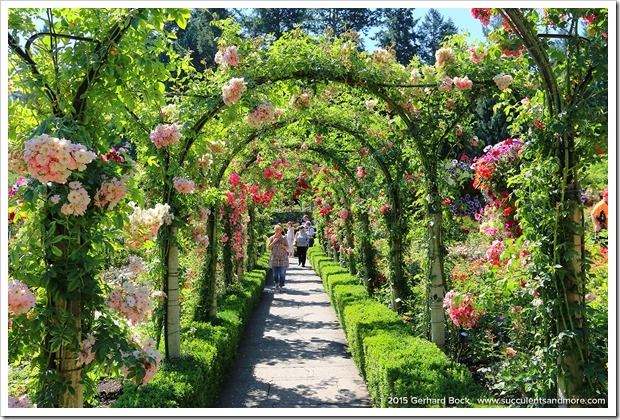 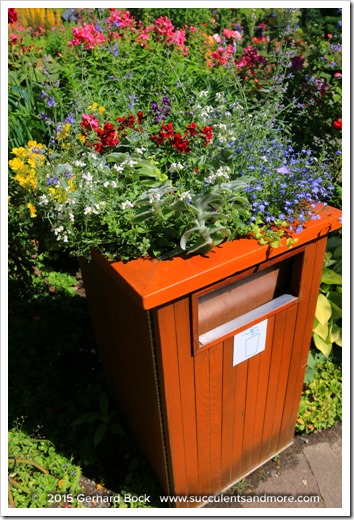 Every garbage can is topped with colorful annuals 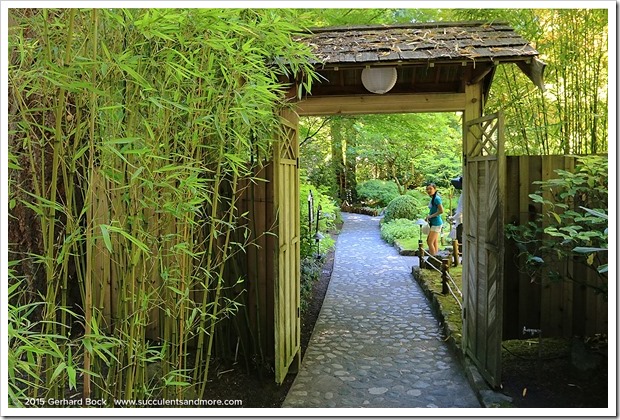 Entrance to the Japanese Garden from Butchart Cove 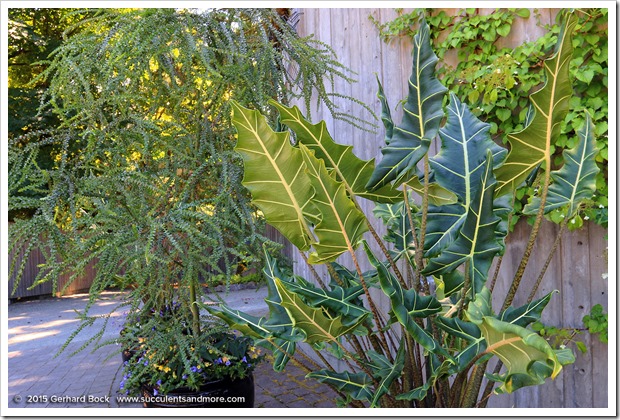 My favorite combination of potted plants: Acacia pravissima (left) and what is possibly Alocasia × amazonica (right). Such a muted palette is not typical for Butchart Gardens. 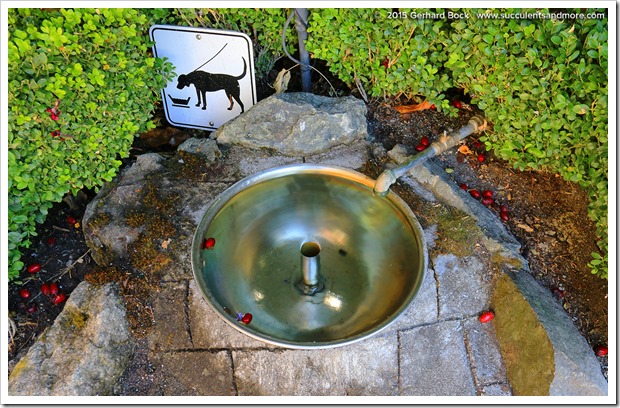 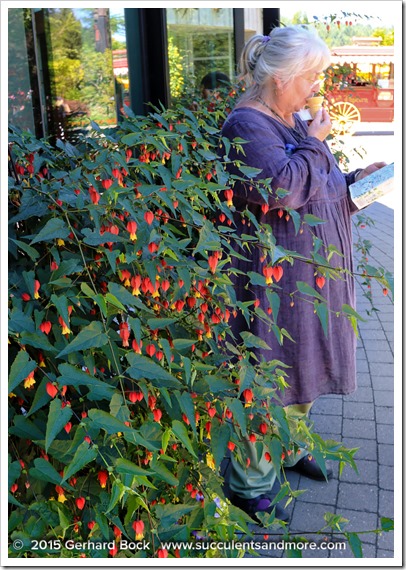 I just realized that some of the photos above are fairly muted in color. Fear not, my dedicated post on Butchart Gardens will have enough color to sear your eyeballs.

Tonight is our final evening in Victoria (and Canada). I’m sad to leave because it is a truly special place. I just wish it were easier and less expensive to get here…

We just got back from a leisurely two-hour walk along the harbor and through the city center. As always I took far too many photos. Here are some of them: 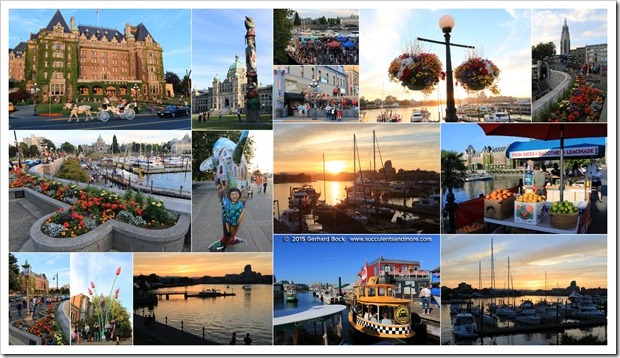 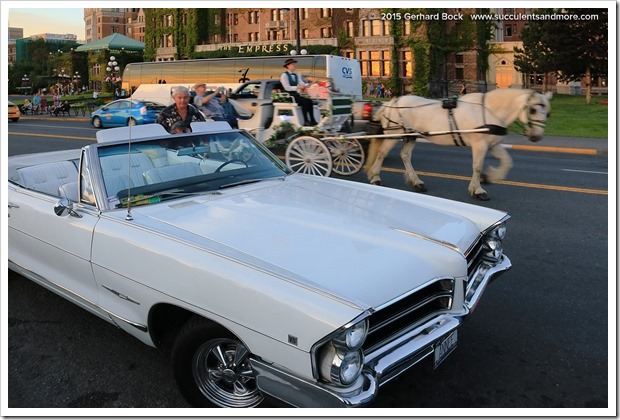 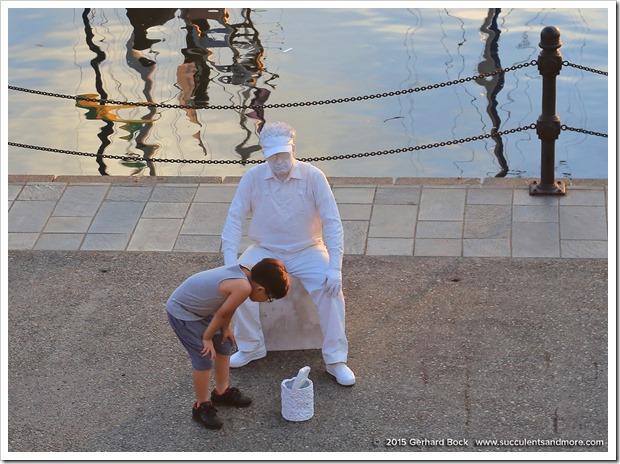 I’ll be taking a couple of days off because we’ll be staying with friends in the Seattle area for the Fourth of July (foreign readers: that’s Independence Day in the U.S.). I’ll be back on Sunday as we head to Washington’s Olympic Peninsula.