On most of our trip, daytime temperatures have been in the 90s, with the Pacific Northwest firmly in the throes of a prolonged heat wave. You can imagine how happy we were when the overcast sky that had greeted us yesterday in Forks, WA was still around today. In fact, it stuck with us for most of the morning. Even as we were driving through sunny inland locations in southwestern Washington, the thermometer never climbed above 71°F. Glorious!

Our first stop of the day was the small Quileute community of La Push. If you’re a Twilight fan (I might as well admit that I’m not), this is where Jacob’s pack lived. The last time we were in La Push, five summers ago, movie posters and cardboard cutouts of the Twilight cast were prominently displayed; not so this time. La Push has returned to its unassuming, quiet ways, allowing nature to reclaim center stage. As you can see below, First Beach in La Push is spectacular. Except for two women with a dog, there was nobody else there. 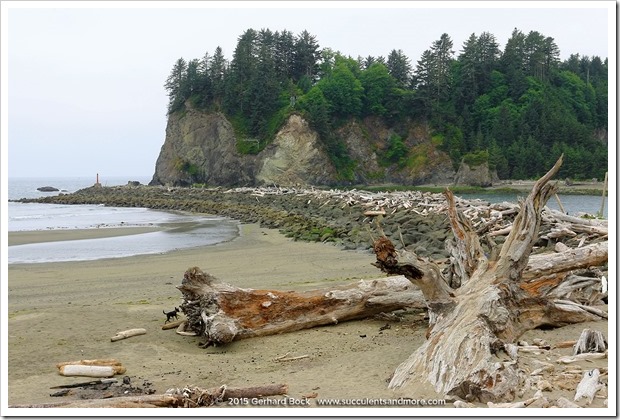 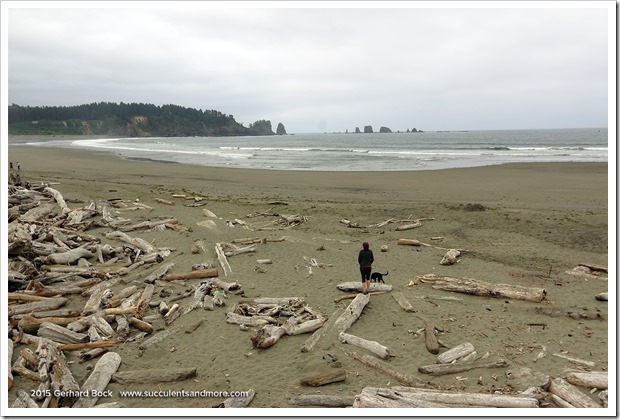 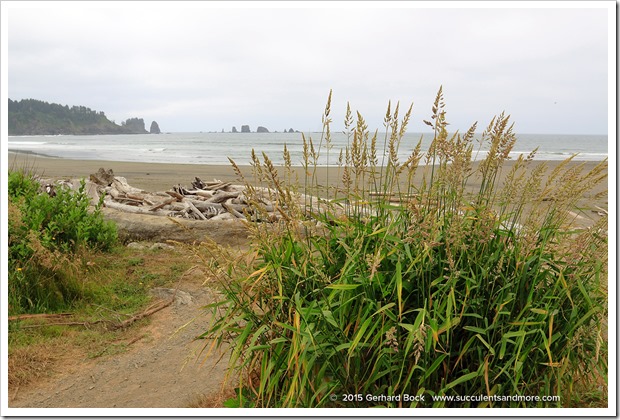 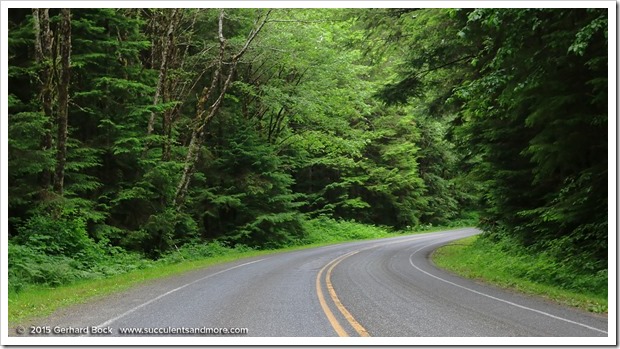 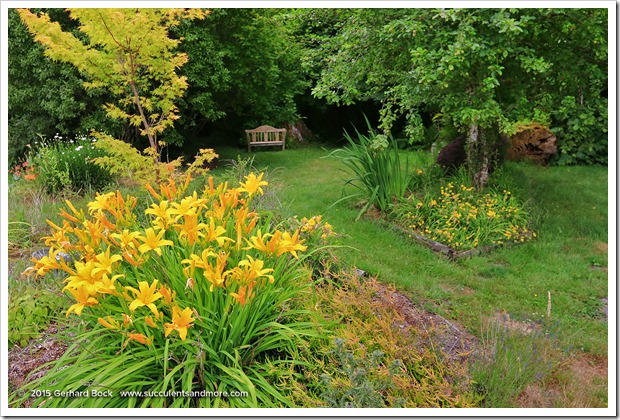 Small garden behind the Timber Museum 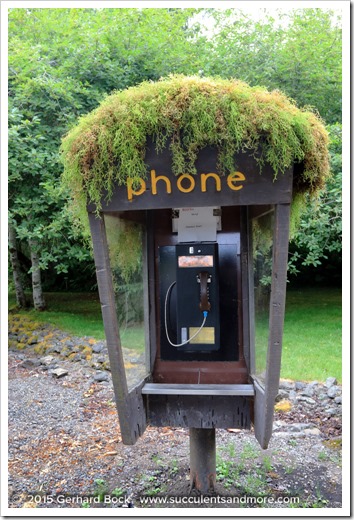 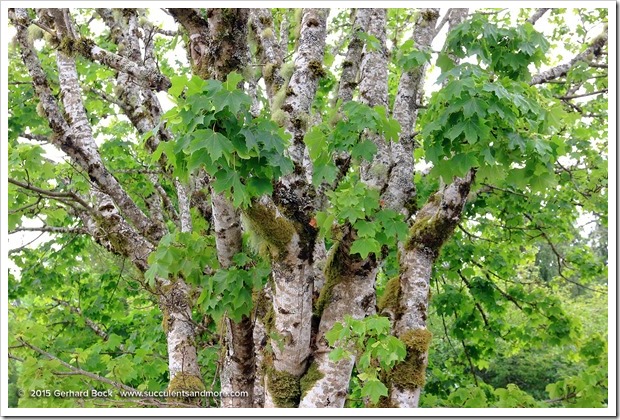 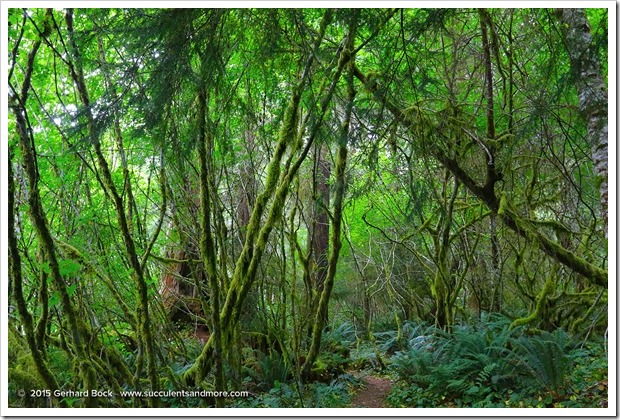 Discovery trail behind the Forks Timber Museum. I took this photo just a few steps from the picnic area. It gives you a good idea of what the rain forests on the Olympic Peninsula are like. 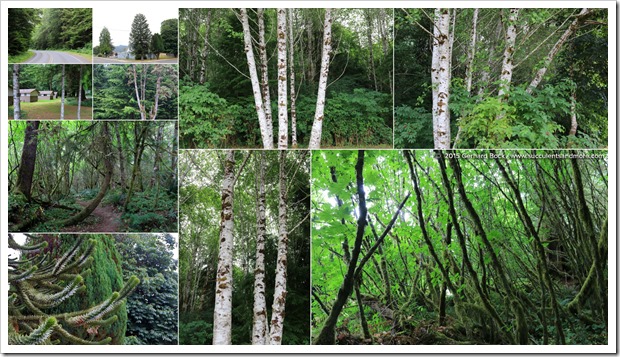 Leaving Forks behind, we headed south. We made a few stops to stretch our legs, but ocean views are few and far between on Highway 101, the major north-south artery in western Washington. If you’re into spectacular coastal scenery, Oregon has Washington beat by a thousand miles. 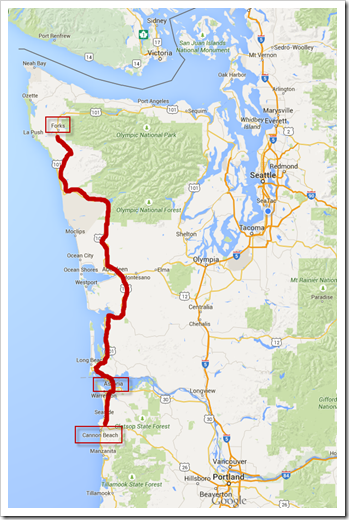 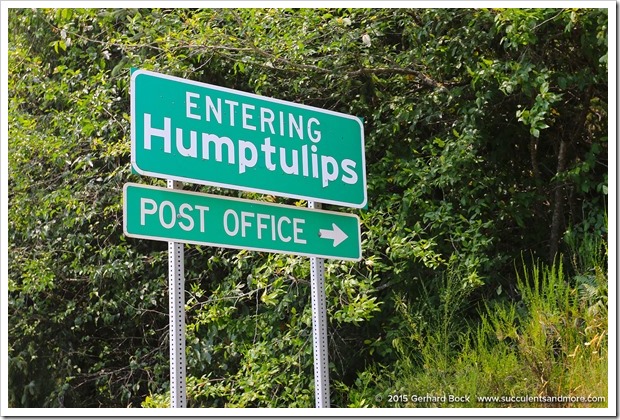 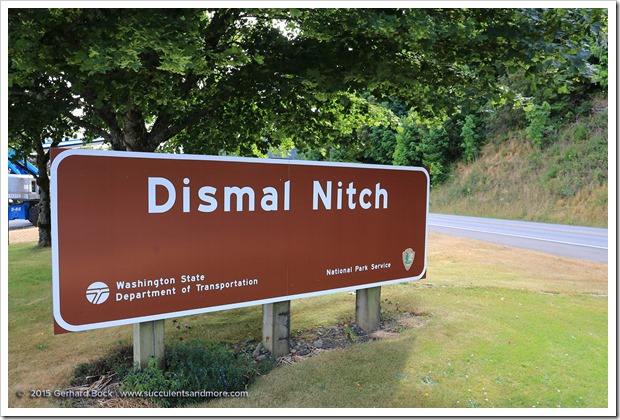 I love taking photos of the water and sky, and I got a few really good images near Astoria, OR situated on the mouth of the Columbia River. 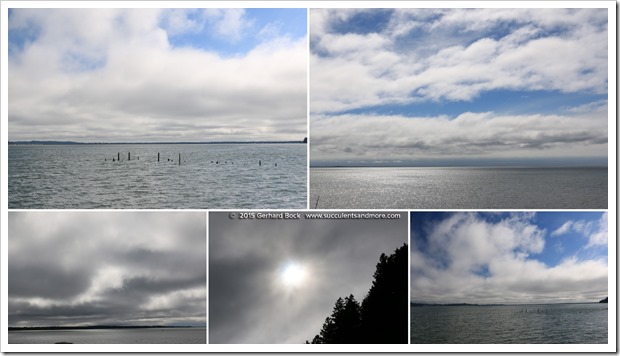 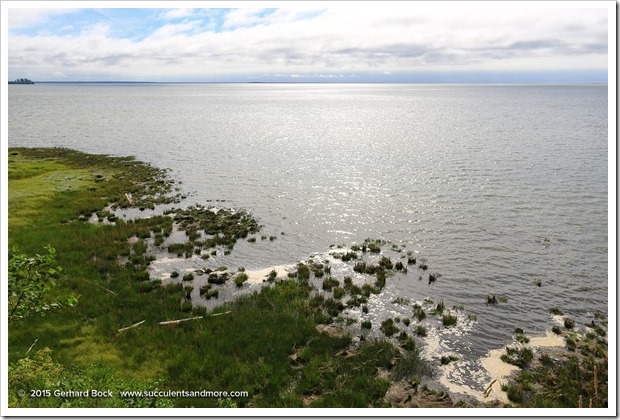 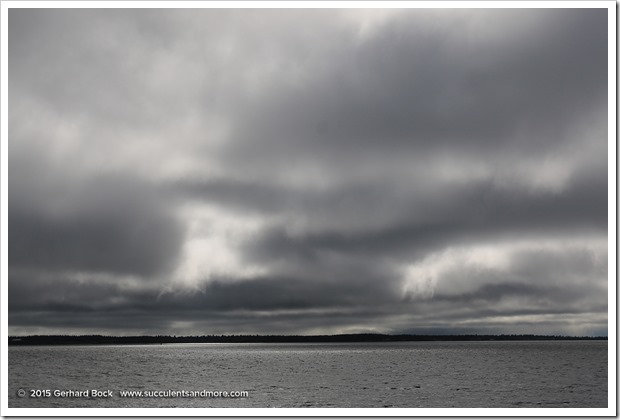 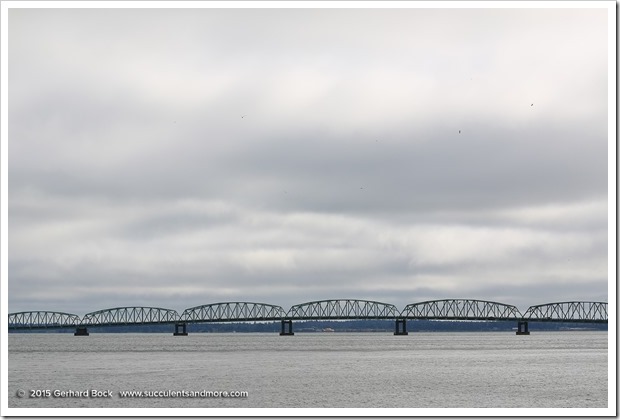 Astoria-Megler Bridge across the Columbia River. The border between Washington and Oregon runs through the middle of the river. 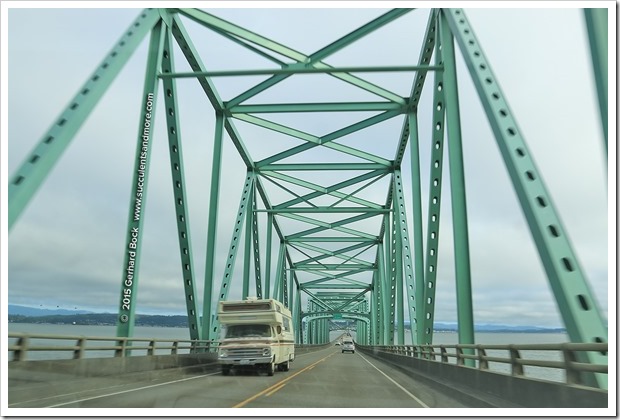 Crossing from Washington into Oregon on the Astoria-Megler Bridge

We spent the night in Seaside, OR, and after dinner we took a stroll through downtown Cannon Beach 15 minutes to the south. Cannon Beach has a particularly spectacular stretch of beach, but unfortunately the overcast had turned into a slight drizzle and there was no sunset color at all. The only photos I took were of the flowers along Hemlock St. They were bright and cheery, much like the plantings at Butchart Gardens in Victoria, BC. I don’t know why succulents are such a rare sight here. You’d think that aeoniums, especially, would do really well. 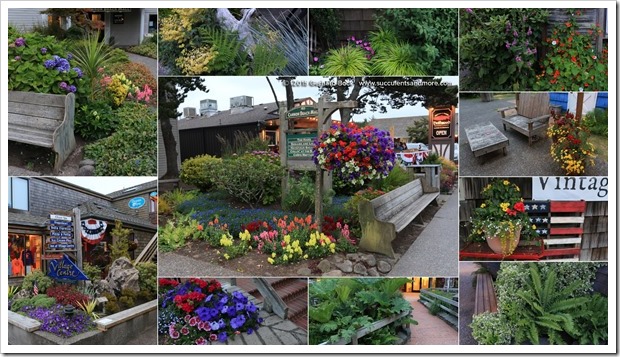 This is the only photo I took of the evening sky—a quick Instagram grab on my cell phone while walking back to our motel along the Seaside oceanfront promenade: 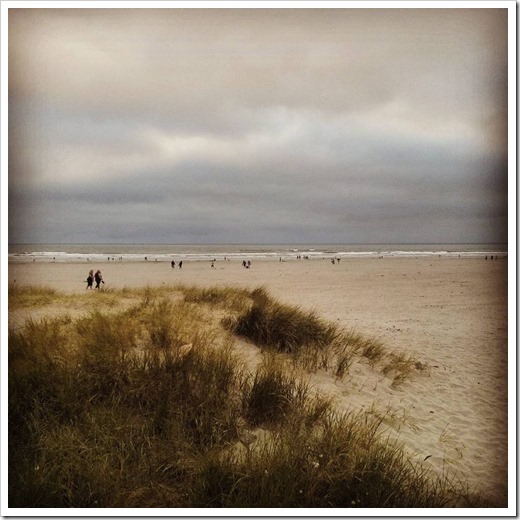