A few weeks ago I organized a field trip to the UC Davis Botanical Conservatory for the Sacramento Cactus and Succulent Society (SCSS). Botanical Conservatory director Ernesto Sandoval and nursery technician Marlene Simon gave us a tour of the greenhouses and showed us some of the best succulent plantings on campus. The outside areas we visited were the same I blogged about earlier this year (see here and here), and it was great seeing aloes in flower that hadn’t been blooming during my previous visits.

I didn’t take as many photos as I normally do when I’m on my own because I was busy listening to Ernesto and Marlene and/or chatting with other SCSS members, but I couldn’t quite bring myself to leave the camera in my pocket either. 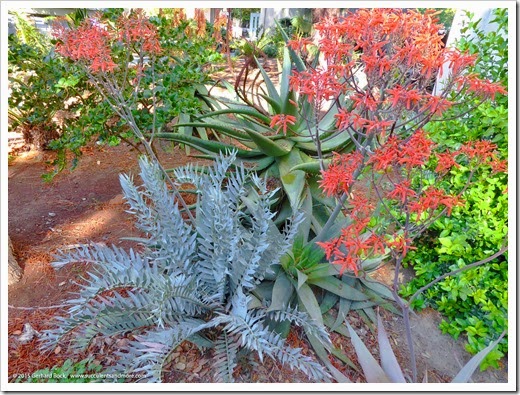 The Botanical Conservatory is open to the public during the week from 9 am to 5 pm. Tours can be arranged for groups (info here). The closest visitor parking is at the Pavilion parking structure (directions here). 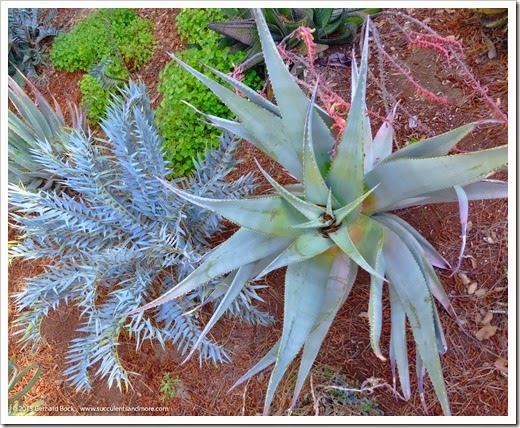 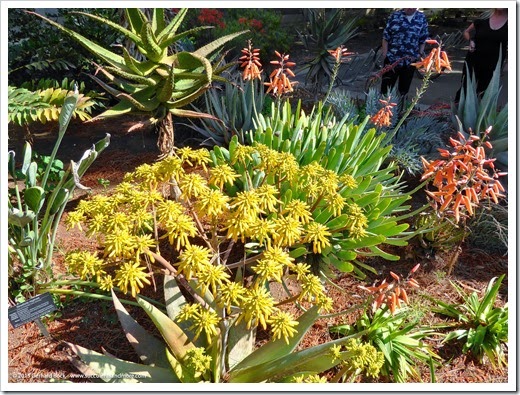 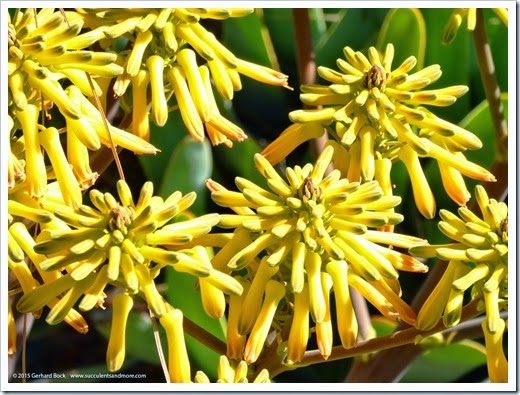 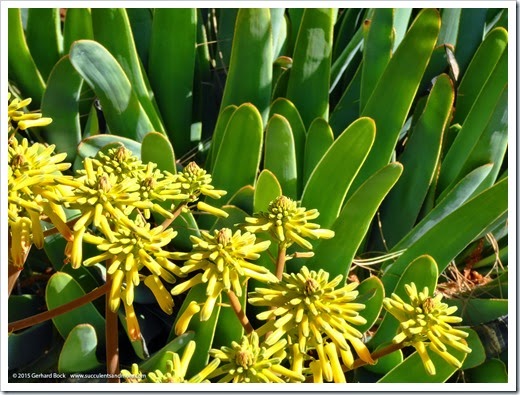 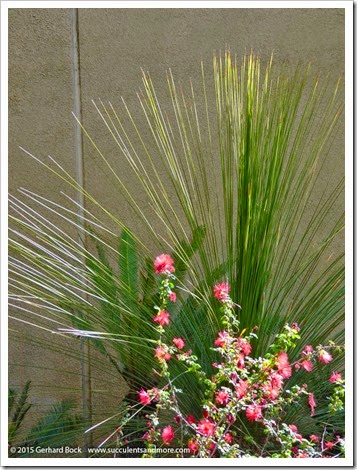 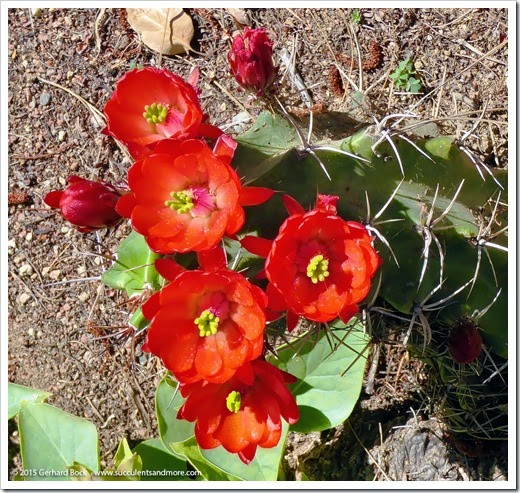 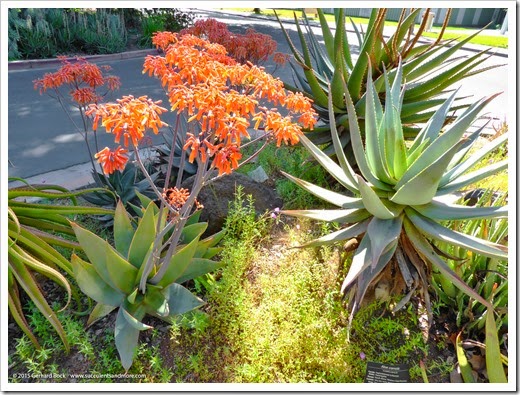 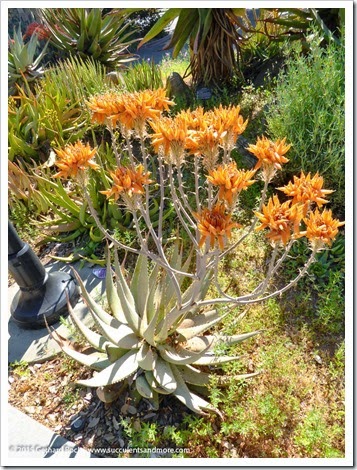 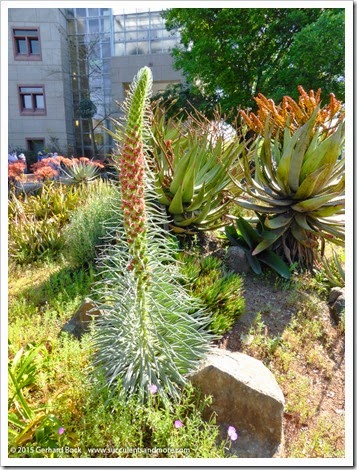 Not a succulent, but just as beautiful: tower of jewels (Echium wildpretii)

The next set of photos was taken inside the arid room of the main greenhouse. I didn’t take photos in the other sections because the light level was fairly low and I was more focused on Marlene’s presentation, which ranged from carnivorous plants to vanilla beans and coffee to the giant corpse flower (Amorphophallus titanum). If you ever have a chance to take a tour of the Botanical Conservatory, jump on it. You’ll learn a lot of interesting and strange things from the world of plants! 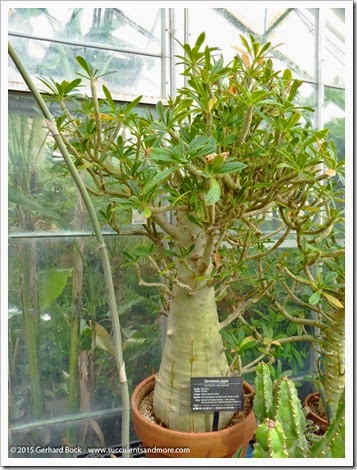 Dorstenia gigas, a rare fig relative endemic to the island of Socotra off the coast of Yemen 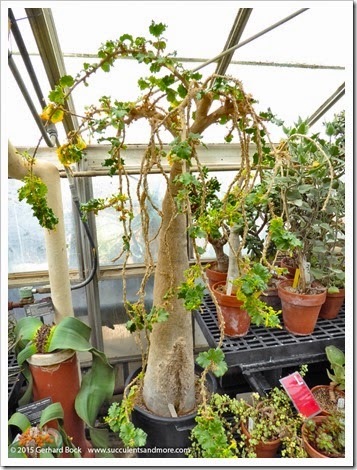 Dendrosicyos socotranus, the famous cucumber tree from Socotra. UC Davis has produced more seedlings of this very rare plant than any other institutions in the U.S. 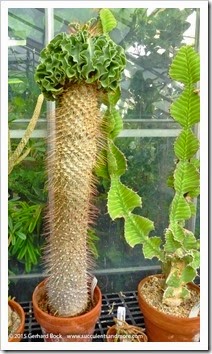 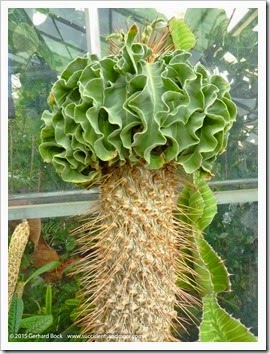 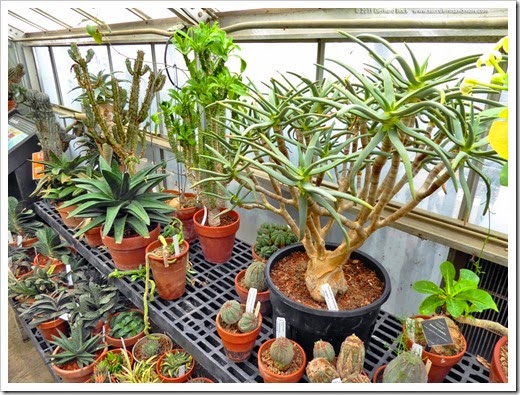 So many goodies here 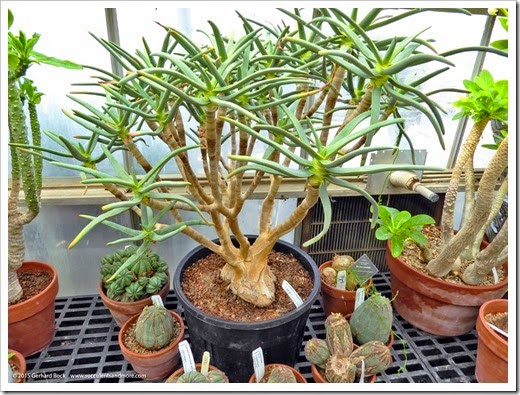 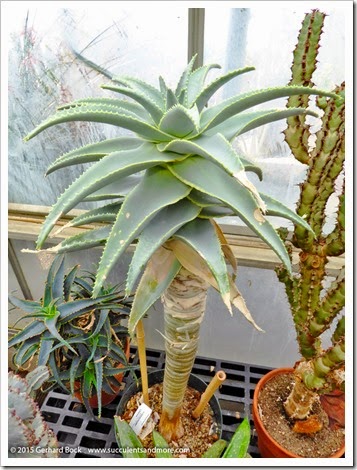 Aloidendron pillansii, the giant quiver tree, is one the largest tree aloes. Uncommon in cultivation and quite frost-sensitive. 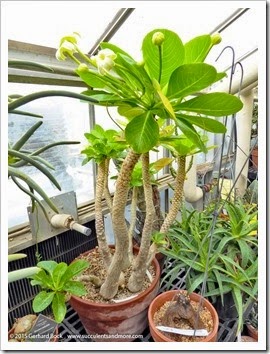 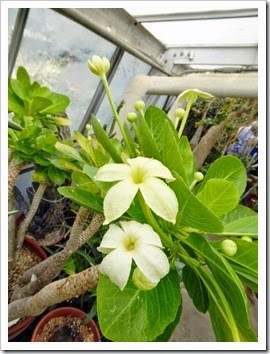 Brighamia insignis, a critically endangered Hawaiian native with succulent stems. Here is some info on this plant if you’re interested. 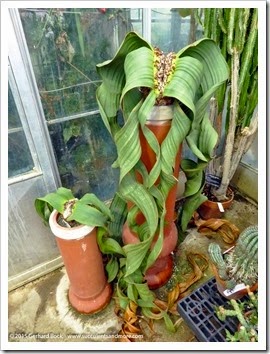 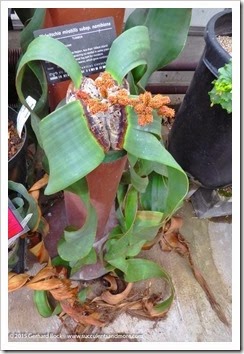 Welwitschia mirabilis, often called “the ugliest plant in the world” but also one the most intriguing. Check out this article to see what a mature welwitschia looks like in habitat. 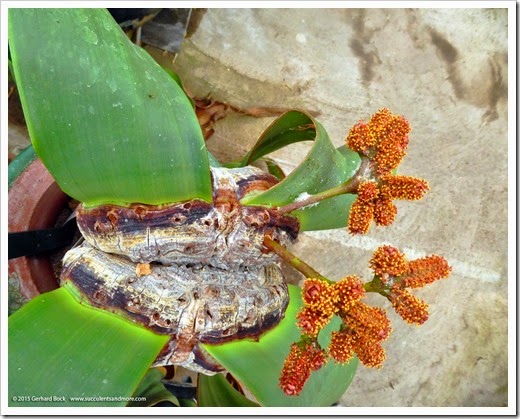 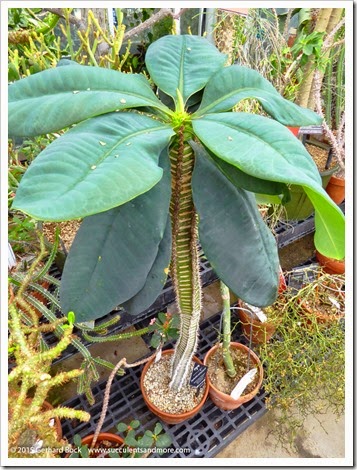 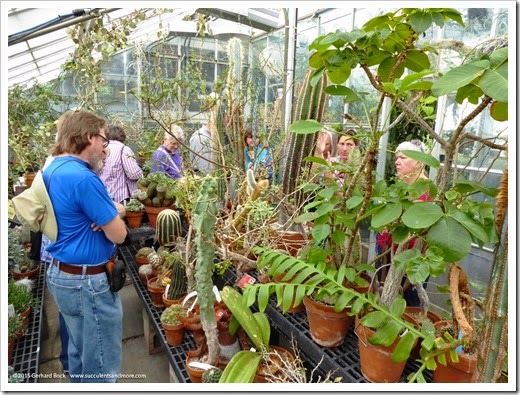 Part of the SCSS group