Whenever I drive to the Ruth Bancroft Garden in Walnut Creek, CA, I see a row of Agave ‘Blue Glow’ in front of an office building not far from the RBG. Yesterday I finally stopped to take a closer look. It turns out the landscaping is even more diverse than I had thought. 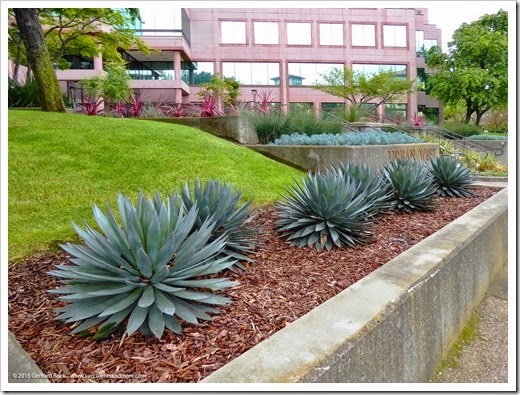 While the agaves are the stars, there are other supporting players that make the overall planting scheme a success in my eyes. Take a closer look! 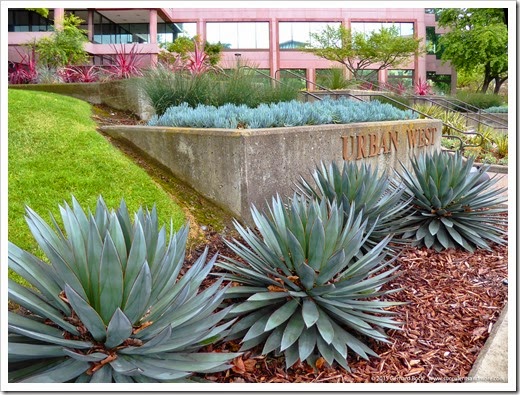 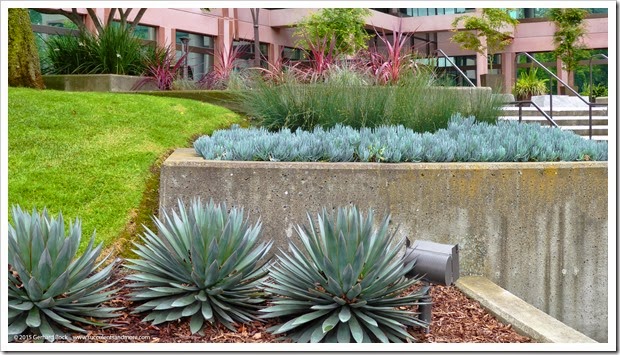 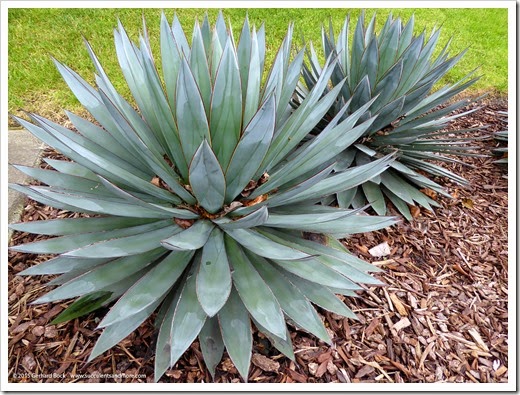 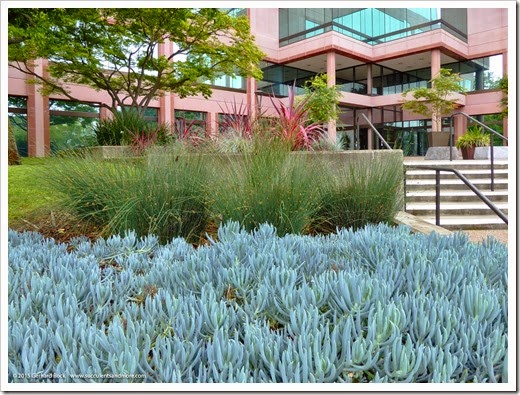 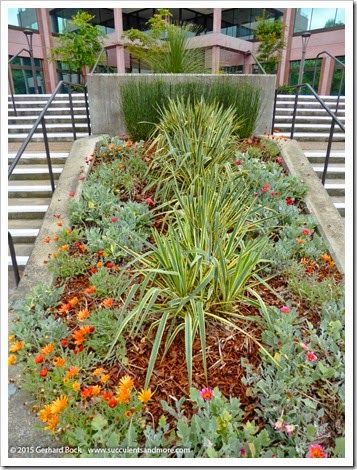 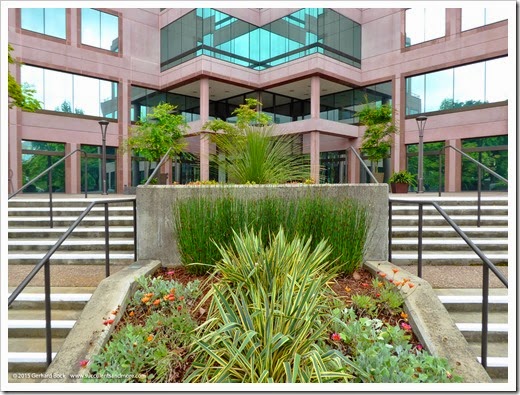 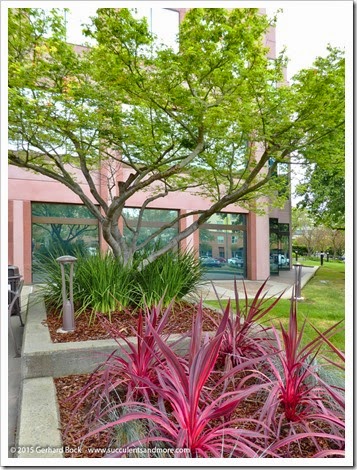 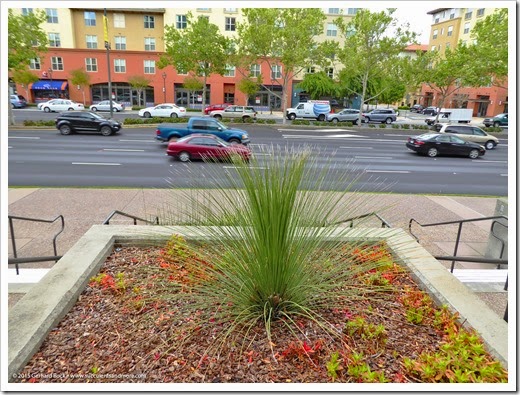 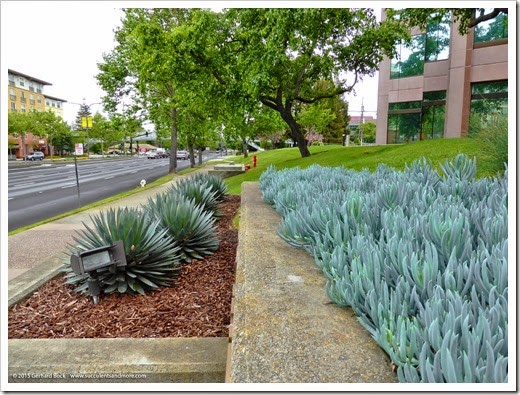 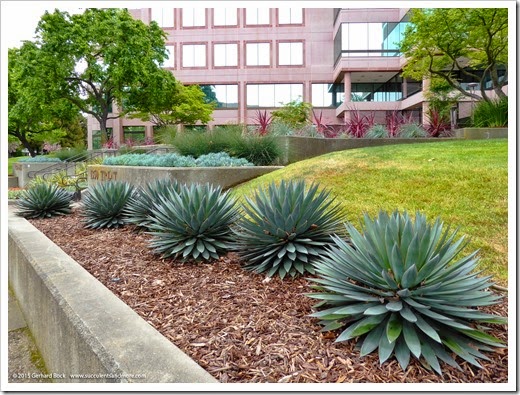 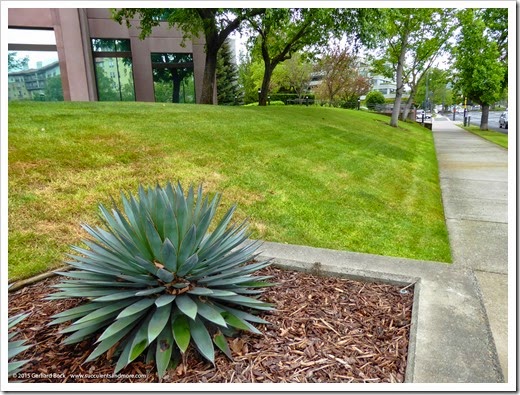 As much as I like the landscaping scheme overall, there is still so much lawn that needs to be addressed. It will be interesting to see how large commercial buildings like this business park deal with the water reduction mandate in California.

In this case, a meadow of berkeley sedge (Carex divulsa) or buffalo grass (Bouteloua dactyloides) might be nice. It would be a great backdrop for more succulents or native shrubs like manzanitas.