I briefly outlined the history of Balboa Park in yesterday’s post about the Desert Garden. There are nine named gardens in the 1,200 acre park and someday I’ll get to all of them. This year there was just too little time and the needs of my family to consider.

This post is a potpourri of pictures I snapped as I was crisscrossing Balboa Park while my family was at the Museum of Man. The architecture alone is worth a trip; the lush plantings make exploring the park even sweeter. 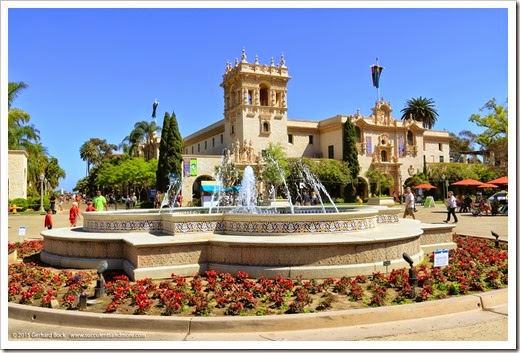 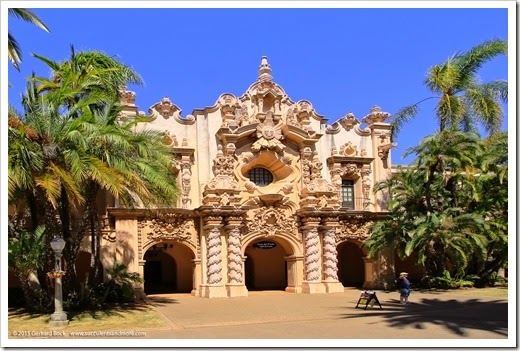 El Prado is a wide boulevard that runs through the heart of Balboa Park. The buildings on either side of the street are truly impressive. I think the Spanish Baroque architecture fits the setting beautifully. 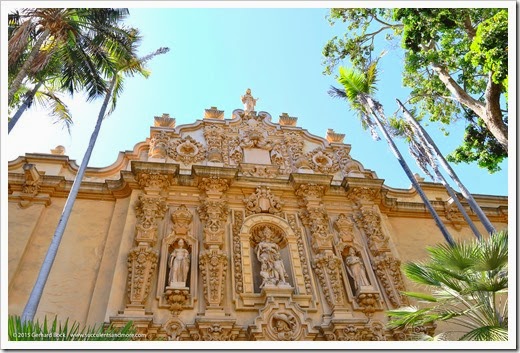 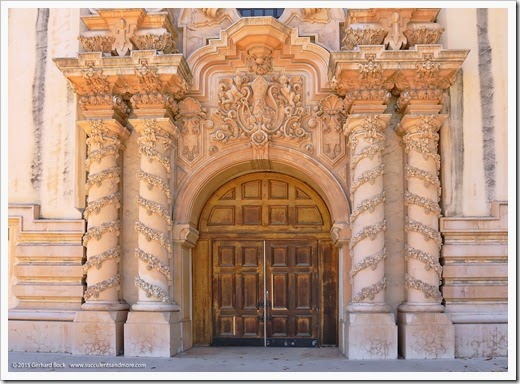 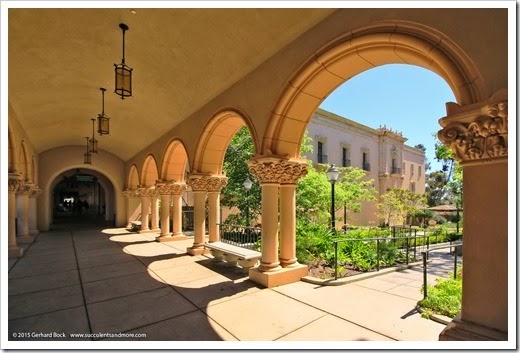 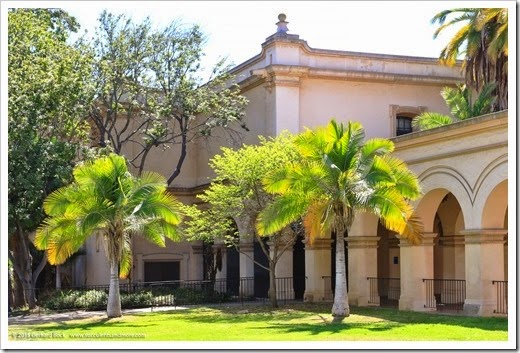 I should know what these palms are… Can anybody help? 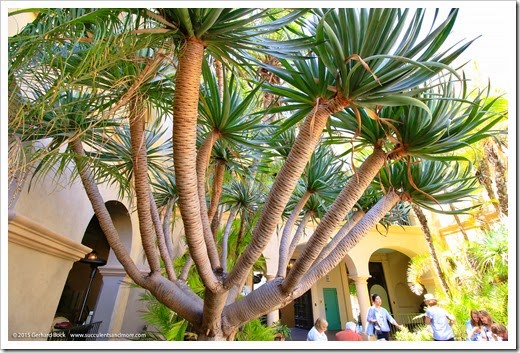 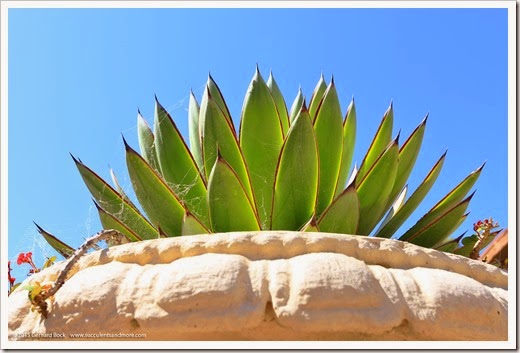 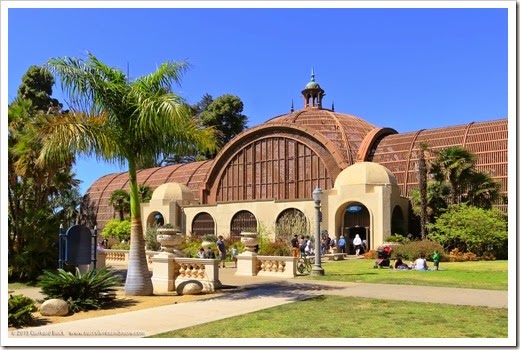 The Botanical Building is one of the largest lath structures in the world. It houses more than 2,100 permanent plants. I walked through quickly, but it was crowded and the light was very contrasty. Check out Danger Garden’s recent post for more pictures. 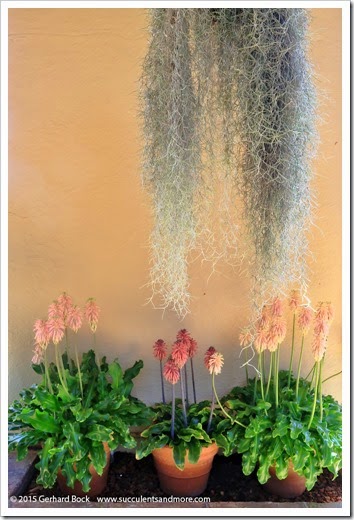 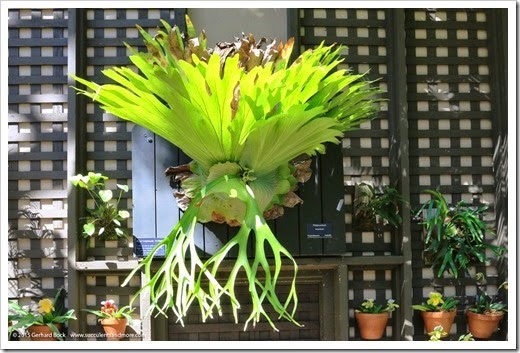 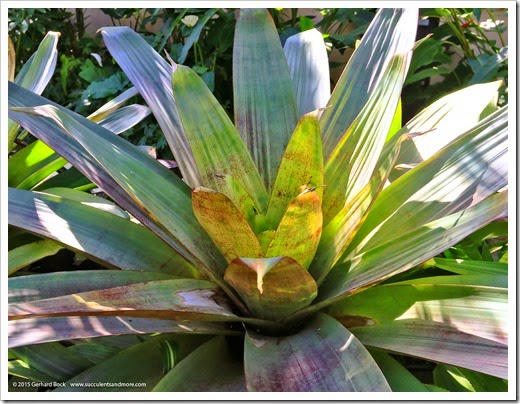 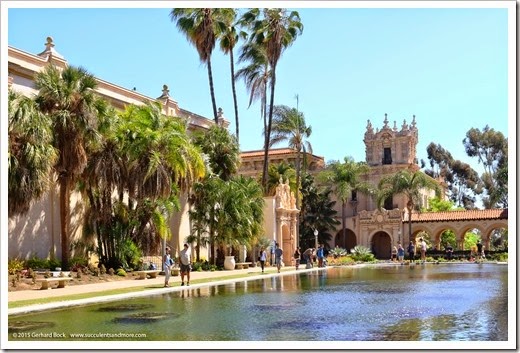 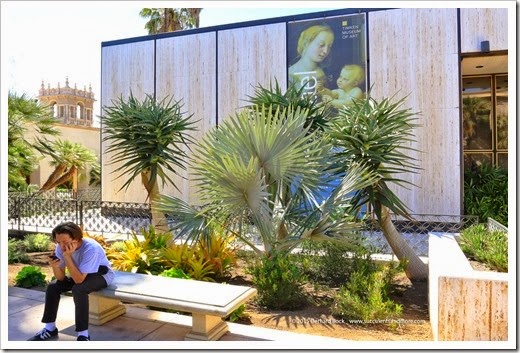 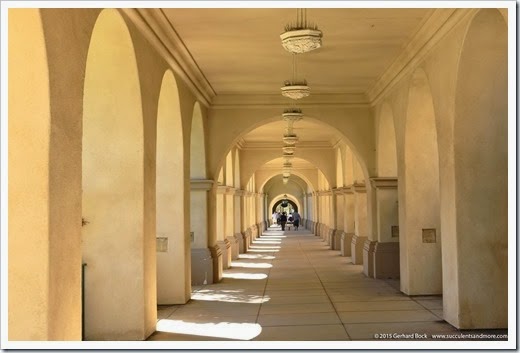 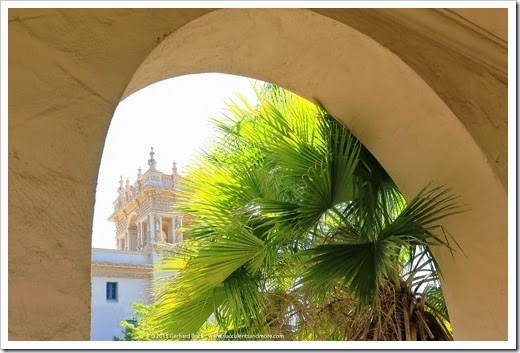 View from the Arcade 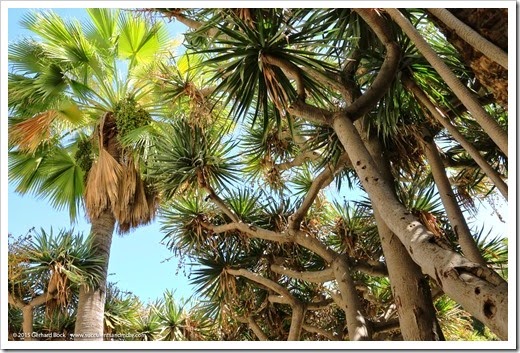 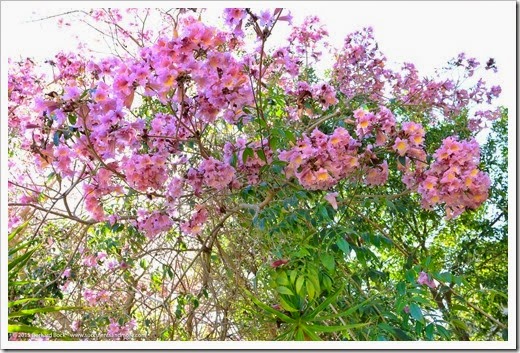 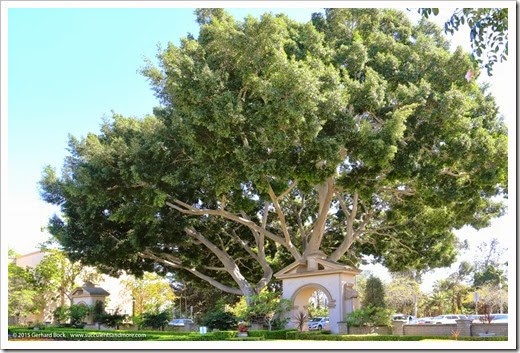 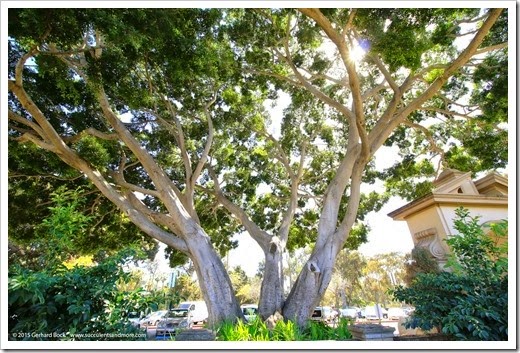 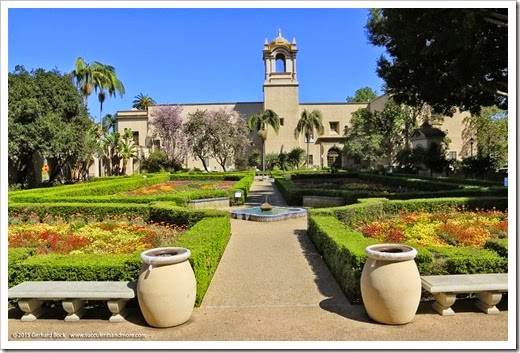 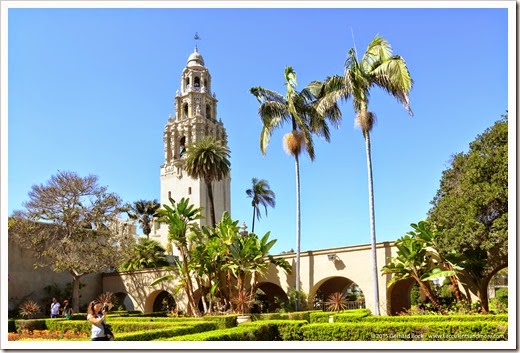 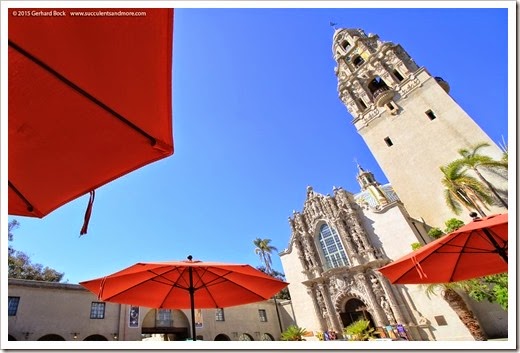 Balboa Park is truly an inspiration. After walking around for a few hours, I was thirsty and tired but also elated. I can’t go back to explore the parts I wasn’t able to see this time.