A little over a year ago the area in front of the fence below was an overgrown tangle of Japanese mock-orange (Pittosporum tobira). After we had the hedge taken out, we built a mound of well-draining soil, planted succulents and other heat- and drought-tolerant plants, and added rock mulch. I documented this project in a series of posts you can access from here. 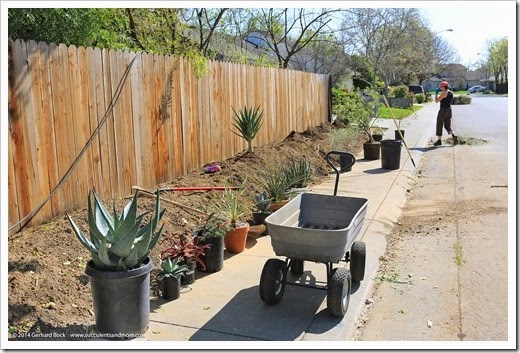 The plants in this bed took off right away and I greatly enjoyed following their development through the spring, summer and winter of 2014. Now it’s spring again, and it’s time to take a closer look at this bed. Be prepared for some impressive progress! 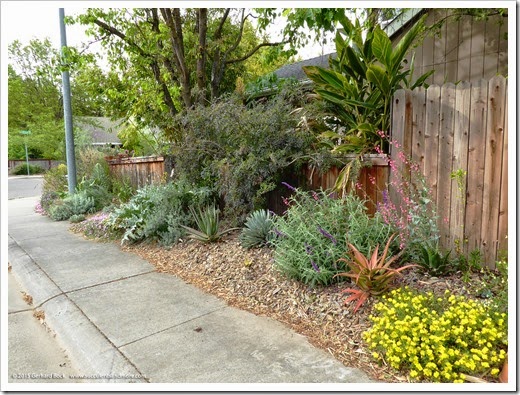 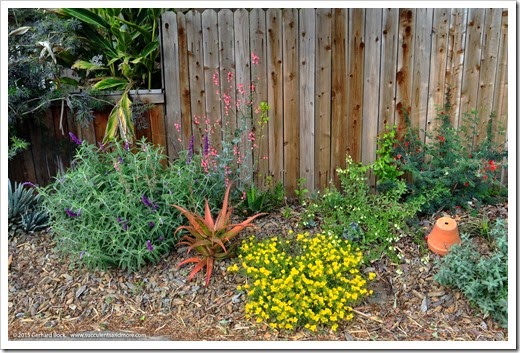 The red aloe is Aloe cameronii 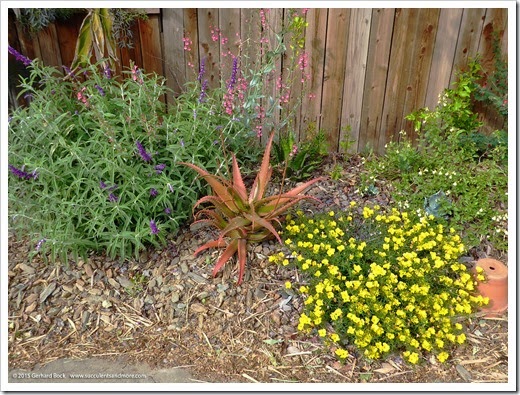 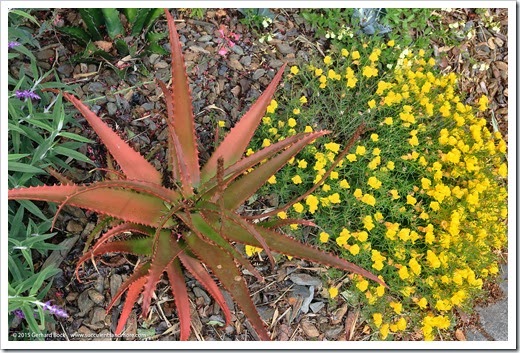 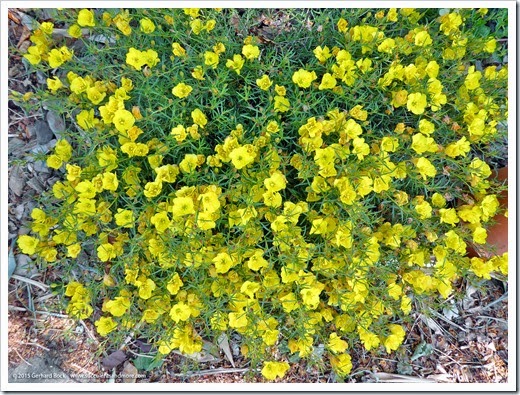 This mass of yellow is one of my favorite plants at the moment: Calylophus drummondii 'Southern Belle', commonly called sundrops. 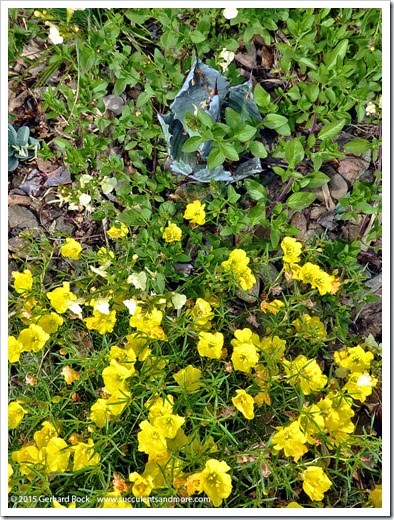 Agave colorata can’t keep up with this kind of growth. It’s being engulfed by a Salvia greggii ‘Moonglow’. 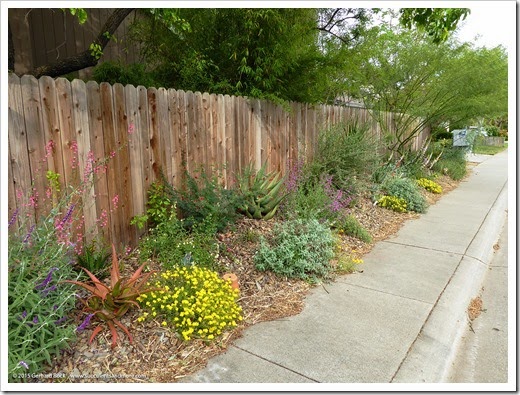 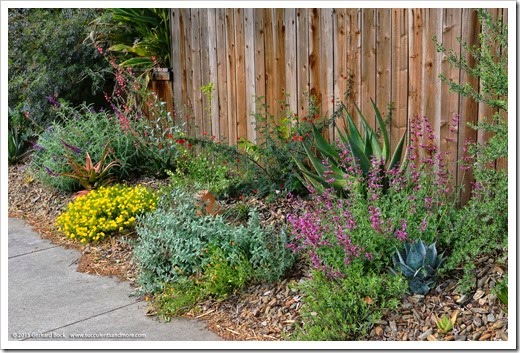 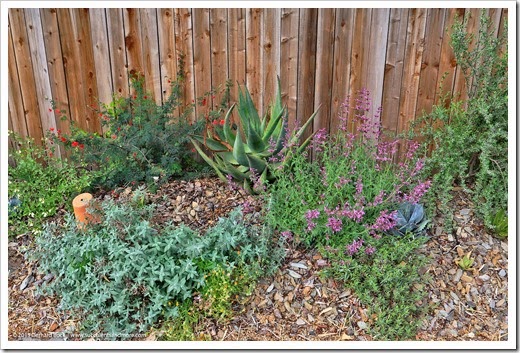 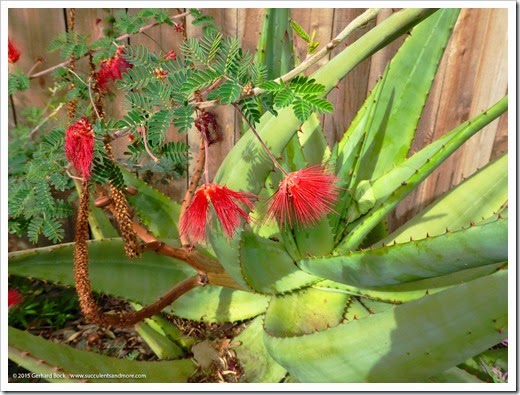 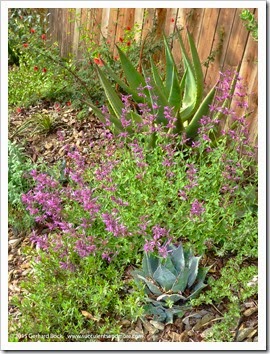 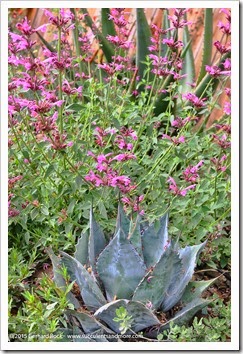 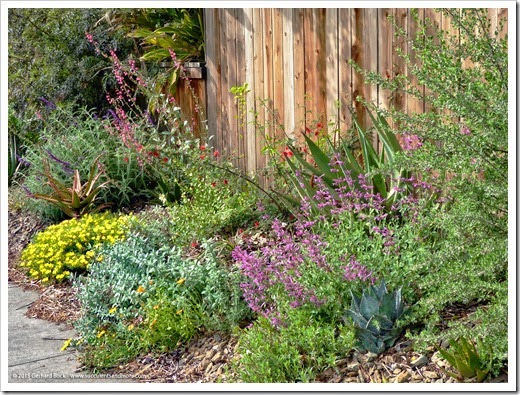 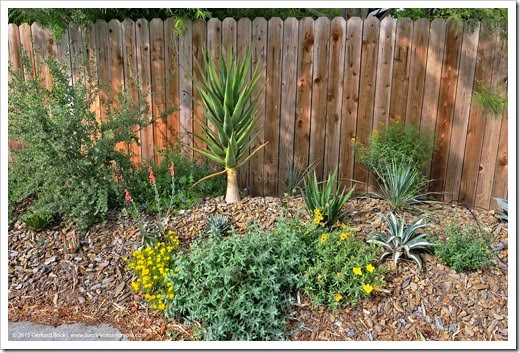 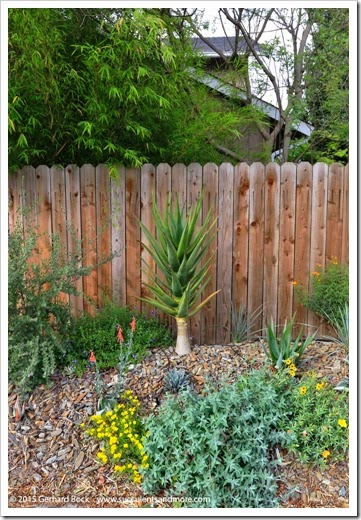 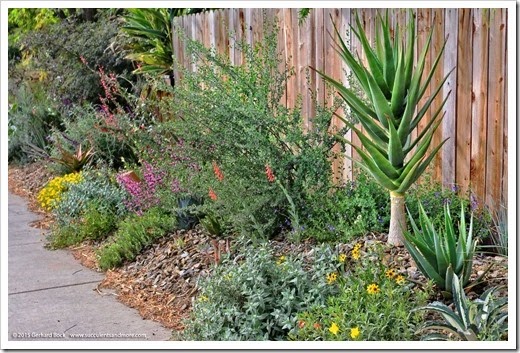 …for its next growth spurt 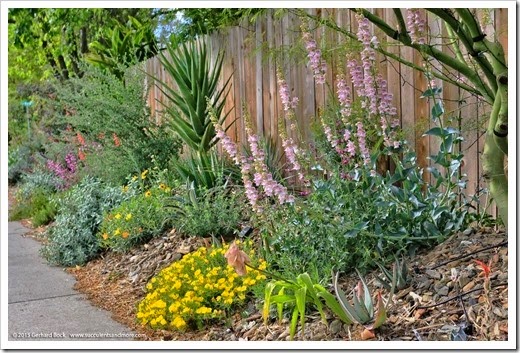 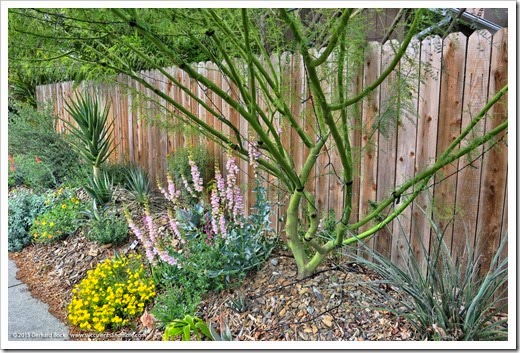 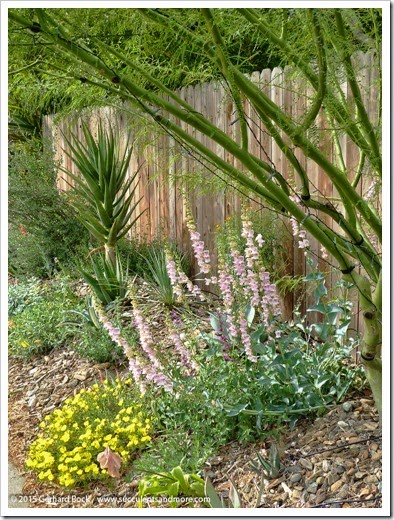 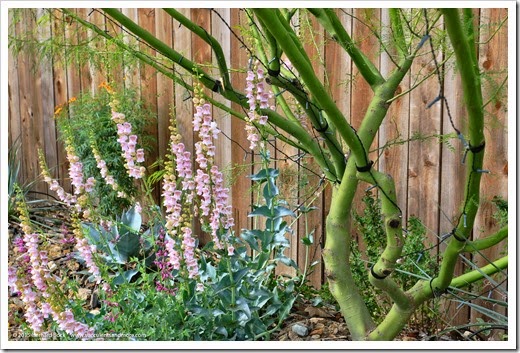 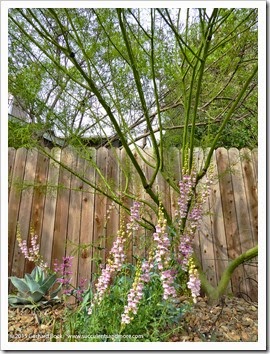 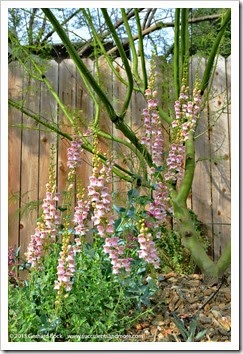 I bought this Penstemon palmeri at Annie’s Annuals last year 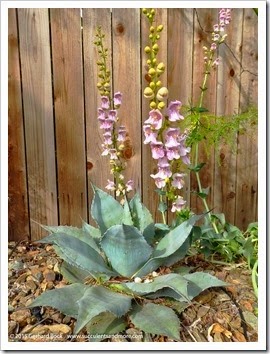 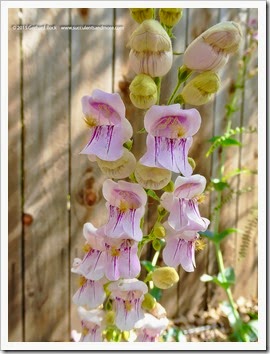 The agave on the left is Agave ovatifolia. I bought it in a #1 can from the UC Botanical Garden in Berkeley and it’s tripled in size in its first year in the ground. 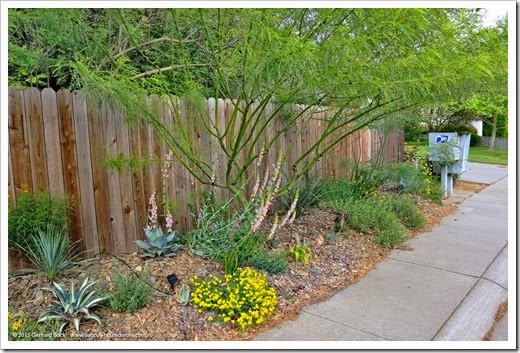 The biggest and fastest grower of them all in this bed… 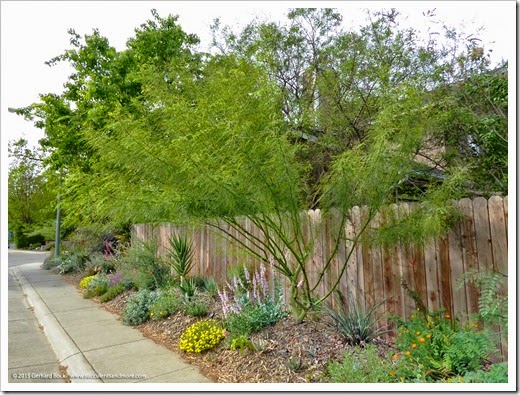 …has been this ‘Sonoran Emerald’ palo verde (Parkinsonia ‘Sonoran Emerald’). Look how tall and wide it is after just one year in the ground. Just a year ago I bought it home from the nursery in my Honda minivan! For comparison: Parkinsonia ‘Sonoran Emerald’ on March 16, 2014, right after planting 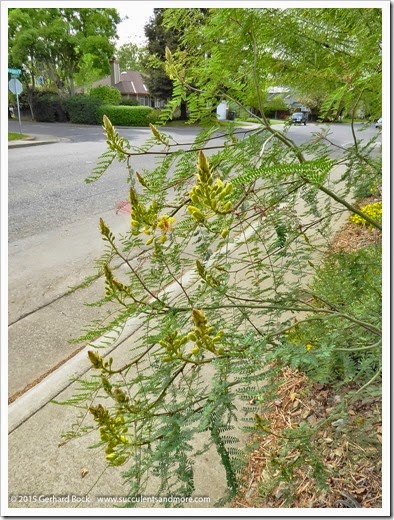 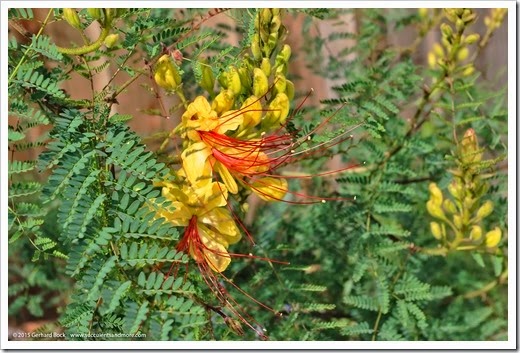 It has more flower buds than ever, the first of which has just opened up

Seeing this kind of progress in just one year is extremely gratifying. Since we live on a corner lot and this bed faces the street, it has high visibility. I love it when I overhear passers-by commenting on the plants. I hope I’ve been able to inspire a few homeowners in our neighborhood to beautify their yard with plants that can handle the new water reality in California.

A word on irrigation. This bed, like virtually all beds in our garden, is on a drip system. Typically, each plant has one drip emitter (adjustable sprayer type like this). Last year, the system ran once a week for 25 minutes from early May to early November. Initially I was afraid this wouldn’t be enough, but it has clearly been sufficient. This year I will shorten the run time to 20 minutes a week since the plants are established now.