Since our recent trip to Southern California was primarily a family vacation, I stopped at only two nurseries. I’ve already blogged about the first one, Seaside Gardens located in the Santa Barbara area. The second one was called Sunshine Gardens—with such similar names, I constantly keep getting them mixed up in my own head.

Sunshine Gardens is in the San Diego County town of Encinitas, less than a mile from the San Diego Botanic Garden (SDBG). We stopped there after our visit to the SDBG. It’s not huge, but according to their web site, it’s the oldest and largest independent nursery in Encinitas. 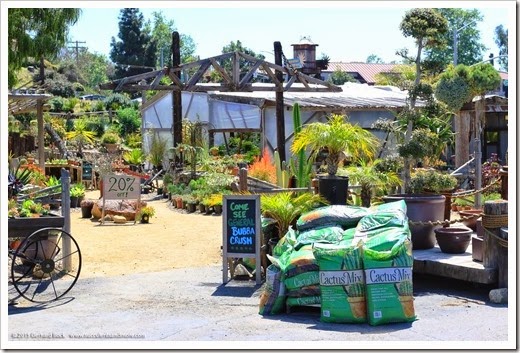 The first thing I saw were sale-priced succulents—always a good sign! 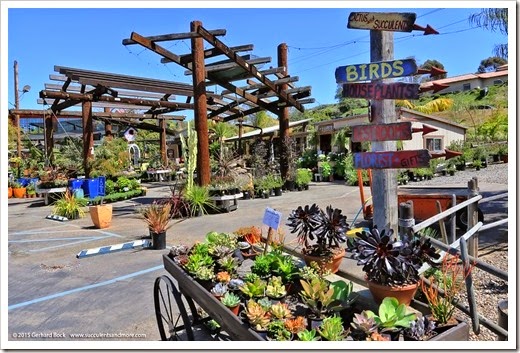 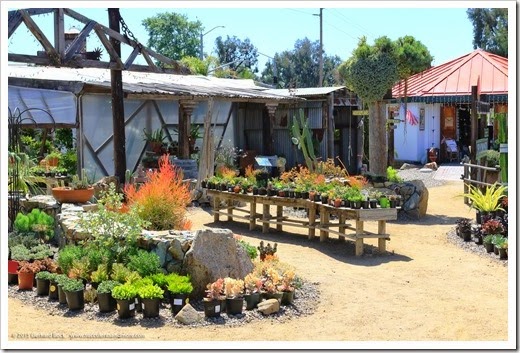 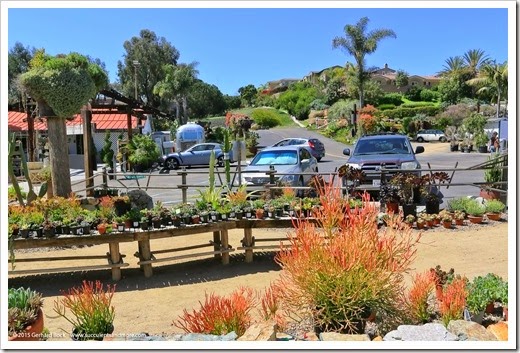 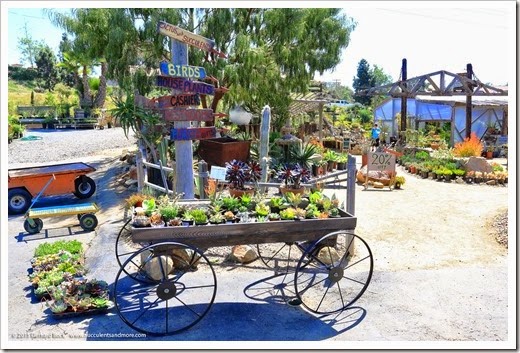 In case you missed the other signs, all succulents were 20% off. 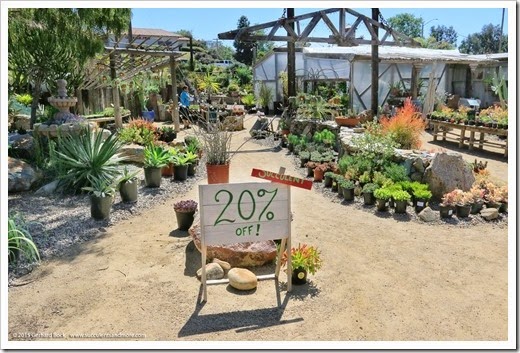 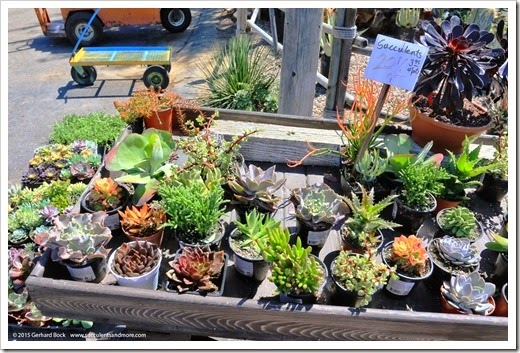 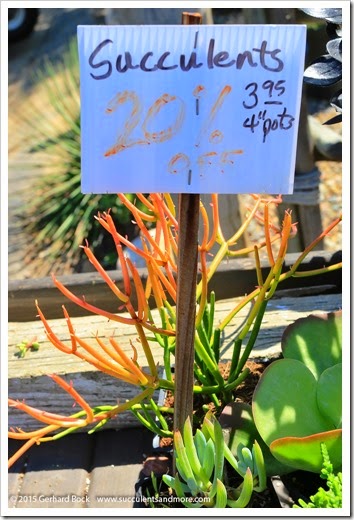 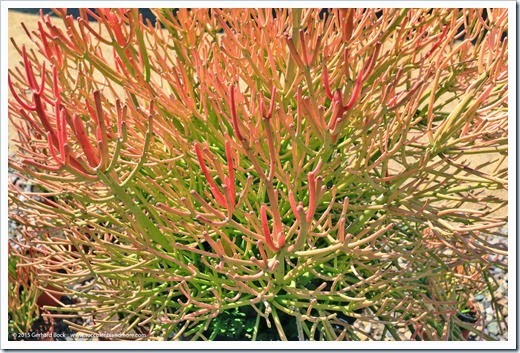 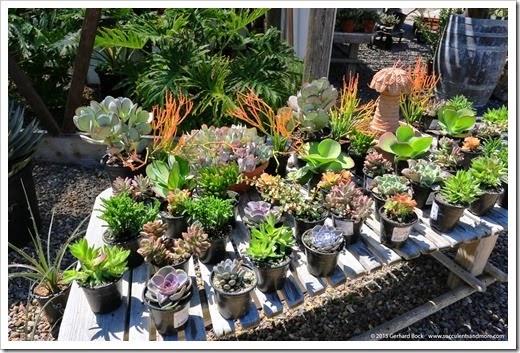 I won’t lie, I was tempted by a few plants, but there was virtually no room in our car. Unlike my desert trip in December, this wasn’t a solo outing and I couldn’t simply load up the car with whatever I wanted. 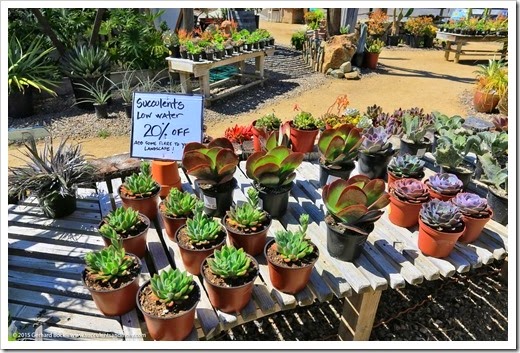 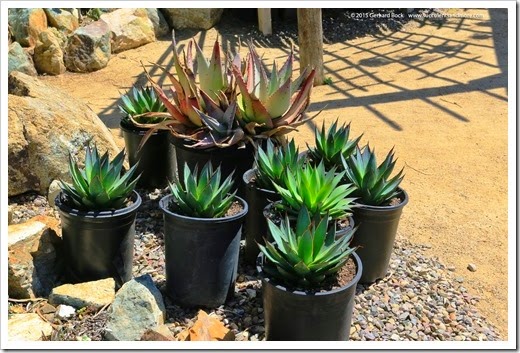 The variegated octopus agave (Agave vilmoriniana ‘Stained Glass’) had been eluding me for a good long time. Now that I finally have one (purchased at the Ruth Bancroft Garden in February), I came across four pretty nice specimens at Sunshine Gardens. Go figure! 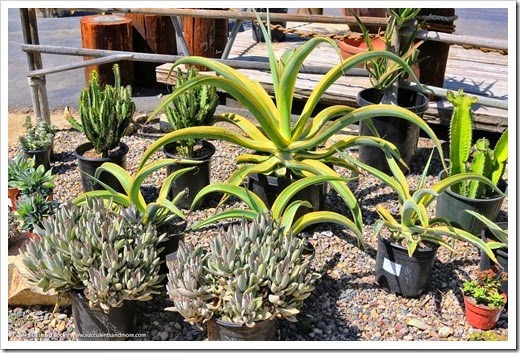 In the first photo above, did you see the sign for General Bubba Crush? If you read Danger Garden’s recent post you know what this is all about. General Bubba Crush is a tortoise of pretty substantial size. He was out and about when we arrived at the nursery, but by the time I went back to the car to get my camera, he’d retreated to his “bunker.” 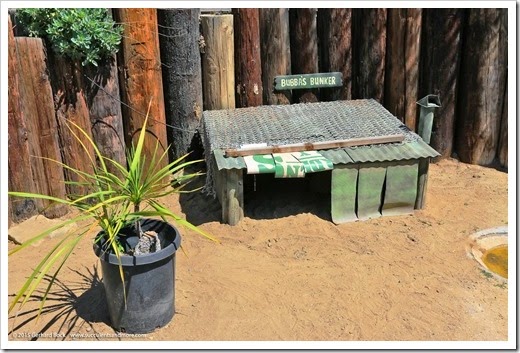 I was disappointed I didn’t get a photo of General Bubba Crush, but this sight in the demonstration bed at the back of the nursery more than made up for it: 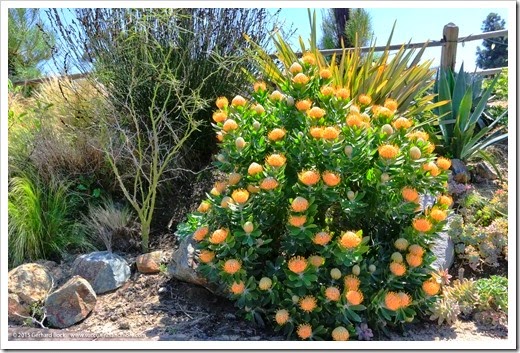 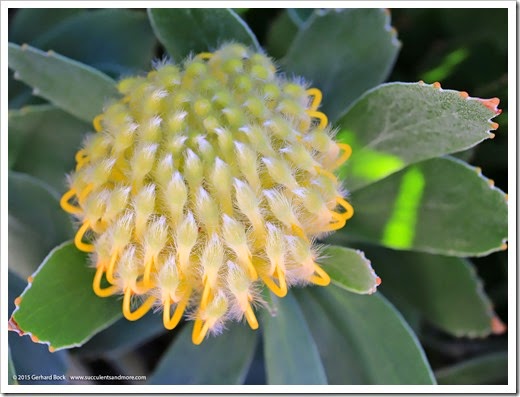 Leucospermums are South African shrubs in the Proteaceae family, which also includes the likes of proteas, leucadendrons, grevilleas, banksias and many others. 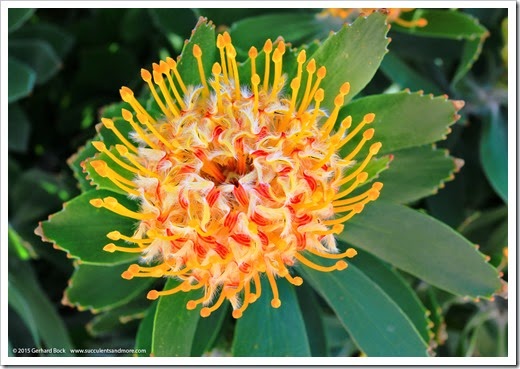 According to San Marcos Growers, ‘Veldfire’ is a cultivar of Leucospermum glabrum that was discovered in New Zealand. It’s supposed to be hardy to 26°F. 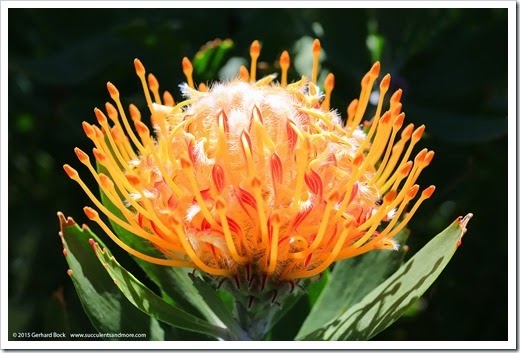 I’ve had a bit of a leucospermum crush all year, ever since I bought a Leucospermum ‘Scarlet Ribbon’ at the Ruth Bancroft Garden in February, and I was very excited to see this ‘Veldfire’ covered with jaw-droppingly gorgeous flowers 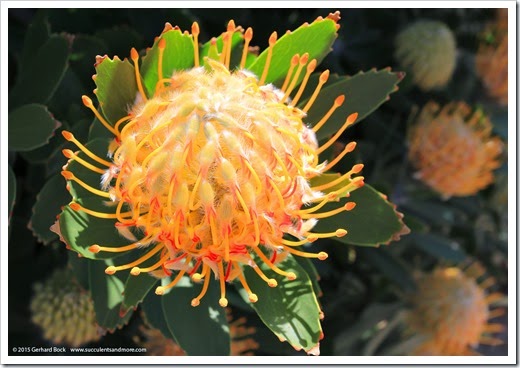 Is there anything that doesn’t grow well in San Diego County?

P.S. In my original post I forgot to mention that there’s a great bakery called Betty’s Pie Whole attached to the nursery. It’s located inside the red roof building. I’m a sucker for key lime pie, and the mini pie I had there was the best I’ve tasted in my life.