I keep any number of potted succulents on top of the 4-foot fence that separates our front yard into a “public” planting strip adjacent to the sidewalk and a “private” garden with a small lawn and more planting beds. Nothing has ever been stolen, and the only time something fell off was during the South Napa earthquake on August 24, 2014 when two potted prickly pears were knocked over (the epicenter was 45 miles from here).

My favorite fence-top planter is a 22-inch terracotta bowl featuring several varieties of claret cup cactus and a small Agave toumeyana ssp. bella. Last spring a volunteer California poppy showed up and added an extra pop of color. I pulled out that poppy after it was done blooming, but miraculously another one appeared in the same spot this year. The color combination is the same as before but the claret cups have put on noticeable growth. The regular species (in the center in the photo below) has twice as many flowers as last year, and the giant form on the left will bloom for the first time since I brought it home from Santa Fe, New Mexico in the summer of 2012. 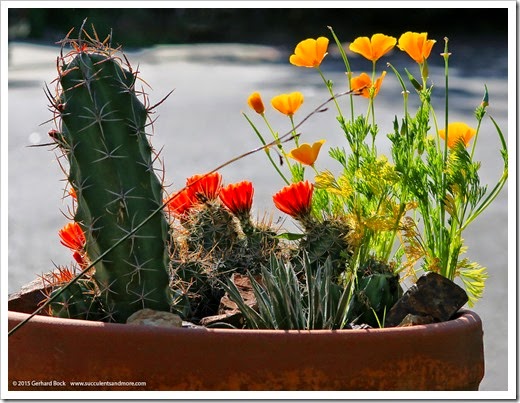 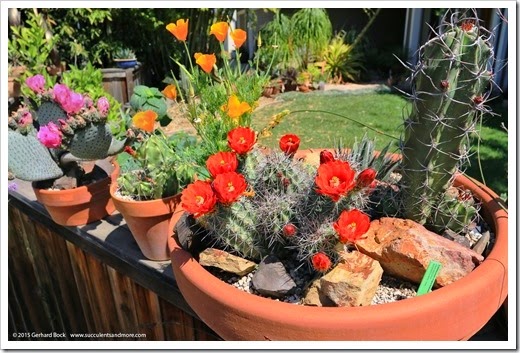 Commonly called claret cup, king cup, or Mojave mound cactus, Echinocereus triglochidiatus is native to the western and southwestern U.S. and northern Mexico. If you live in a cold-winter climate, this is one you can grown outside in all but the most frigid areas of the country. Some populations are hardy to -10°F. I can’t get enough of its glorious red flowers. Actually, the word “red” doesn’t do them justice; we need a more regal-sounding word along the lines of “crimson” or “scarlet.” How about “crimlet?” Or “scarson?” 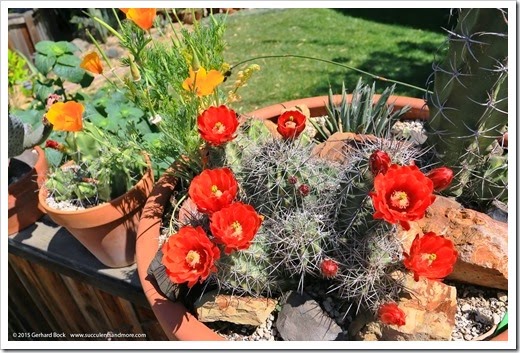 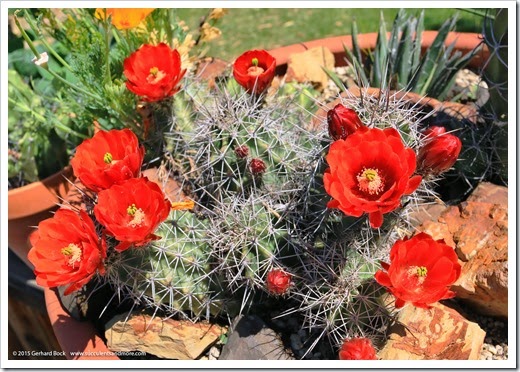 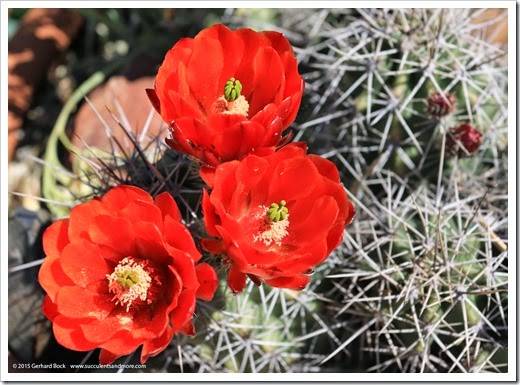 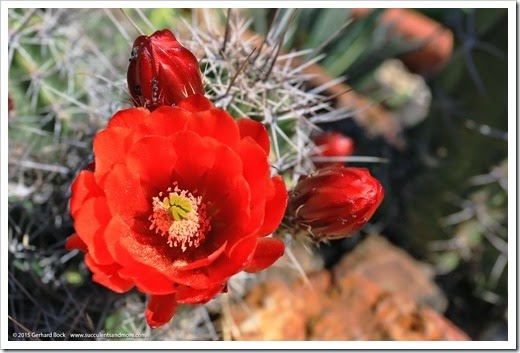 There is also a giant form of the claret cup endemic to White Sands National Monument in New Mexico (Echinocereus triglochidiatus ‘White Sands’). It can get to 24” wide and tall. Take a look at the photo of the bowl at the top of this post; ‘White Sands’ towers above the other claret cup. My specimen is going to flower for the first time ever. I can’t wait to see if its flowers are the same royal color as the species. 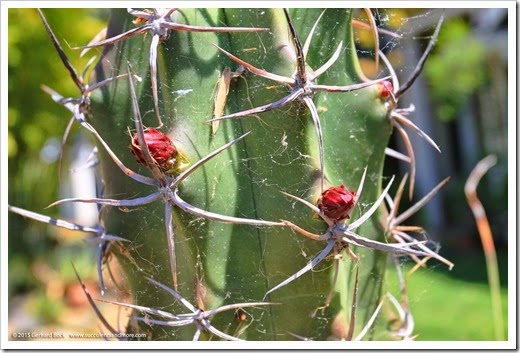 The other showstopper on top of the fence is this beavertail cactus (Opuntia basilaris). It had more buds this year than ever before and has been putting on quite a show over the last few weeks. Opuntia basilaris is found in the western and southwestern U.S. and is almost as hardy as Echinocereus triglochidiatus (zone 6 vs. zone 5). As you can see, it does extremely well in a pot, even a small one. In the ground, it can go for months without H2O; I hand-water my potted specimen once a week from March to November. 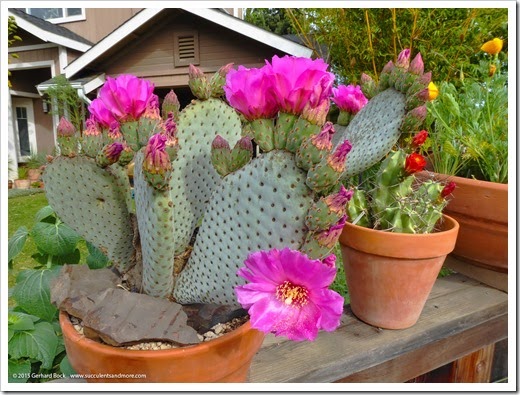 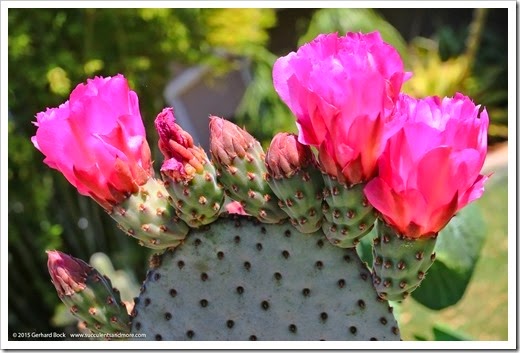 And finally a special shoutout to the California poppy. We take it for granted since it appears seemingly out of nowhere and grows with no fuss and little help from us humans. And yet, its cheery color and elegant form add fun, excitement and joy to any garden. 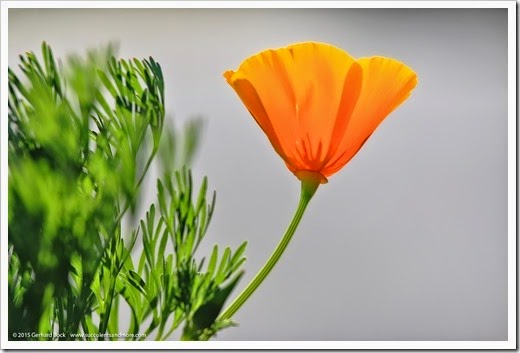