The destination for our spring break trip this year was Santa Barbara, CA. En route we stopped for an hour in Solvang, a Danish village in the Santa Ynez Valley about 30 minutes from Santa Barbara. Solvang was founded in 1911 by Danish settlers and after WWII became one of the country’s first “theme towns.” Now it sports four windmills, half-timbered houses with thatched roofs (often both the timbering and the thatching are fake), Danish bakeries and lots of wine bars (a nod to the nearby wine country). The last time I’d been to Solvang had been in 1986, but nothing much seems to have changed since then.

One of the first things I noticed as we drove through town were the flowers: masses of them, everywhere… 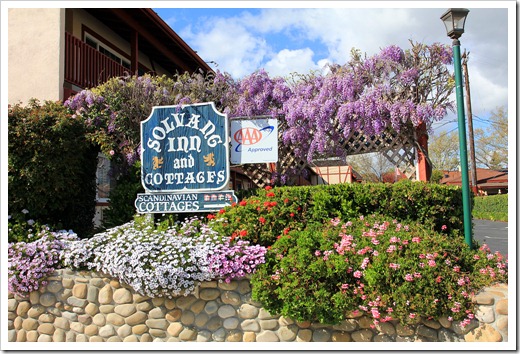 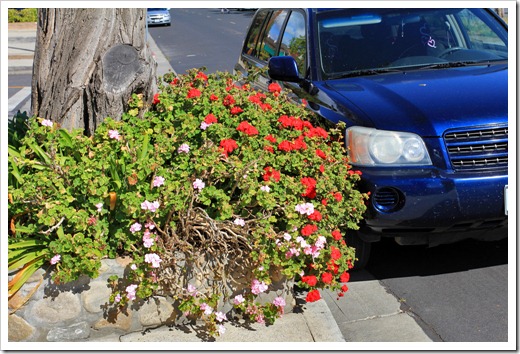 It’s clear that the residents of Solvang love extravagant blooms. 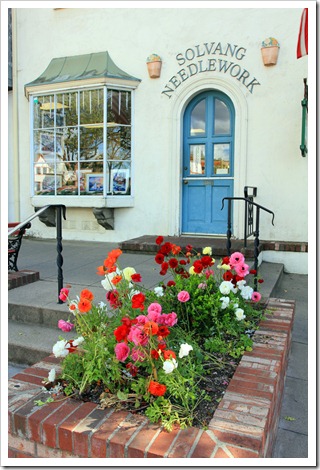 And even though I’m not the biggest fans of annuals, even my jaded heart was softened by the riot of color. 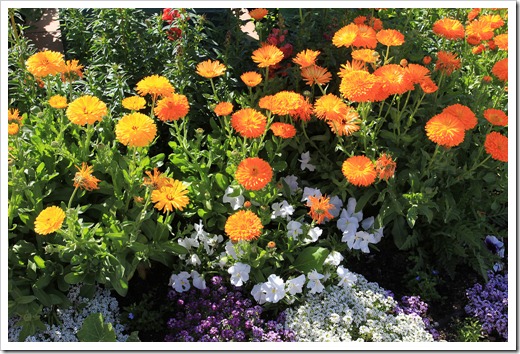 However, annuals are plain wasted on a beautiful hollowed out rock container like the one in the next photo. Just imagine how stunning it would have looked filled with succulents! 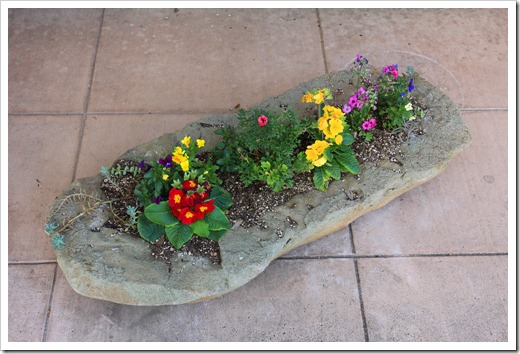 Speaking of succulents, my heart went into overdrive when from across the street my family pointed out this sign: 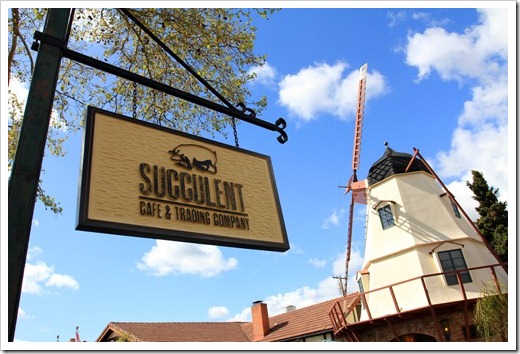 Taking my life into my own hands, I made a mad dash across the street (OK, that’s a bit of an exaggeration since Solvang was quite sleepy when we were there). 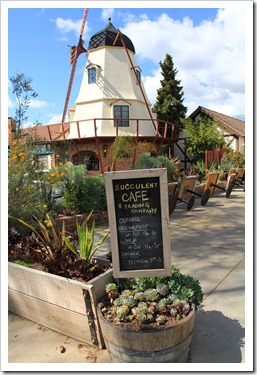 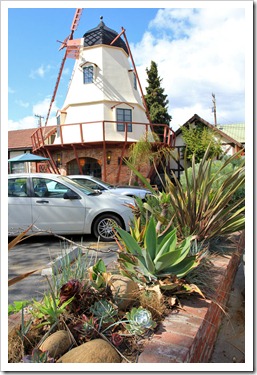 Yes, Succulent Café does indeed have succulents. I really liked this half barrel chock full of aeoniums and an Agave attenuata, which still has winter damage. 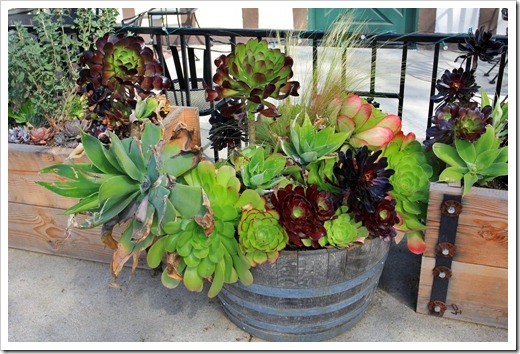 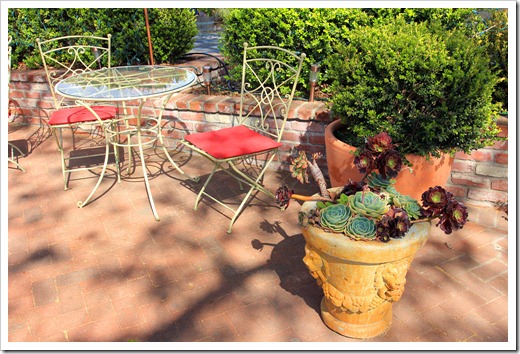 The most unusual plant I saw in Solvang was this flowering Aeonium arboreum ‘Zwartkop’. Doesn’t it look like it could have come from another planet? 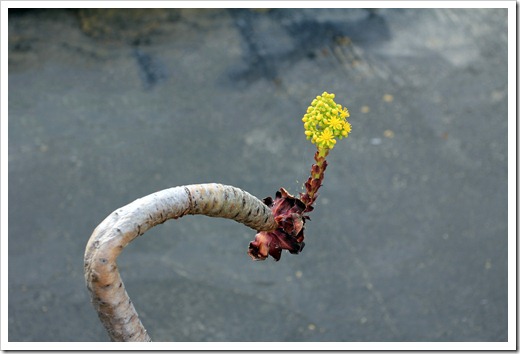 The most beautiful succulent at Succulent Café was this dudleya. Perfect rosette, with two emerging inflorescences. I believe it is a Dudleya pulverulenta, also known as chalk liveforever. It is native to the coastal ranges of Central, Southern and Baja California. 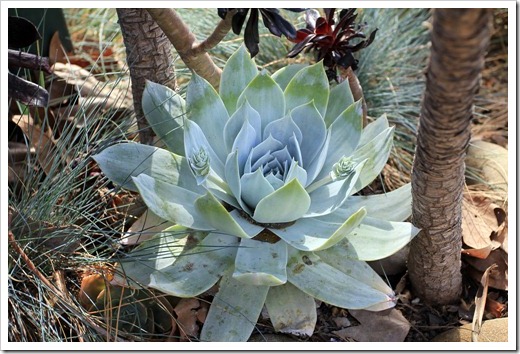 After we left Solvang, I spotted a curious sight in the neighboring town of Buellton. Needless to say I had to turn the car around to explore. AJ Spurs Saloon and Dining Hall clearly takes its western inspiration seriously! Check out the abundance of Agave americana… 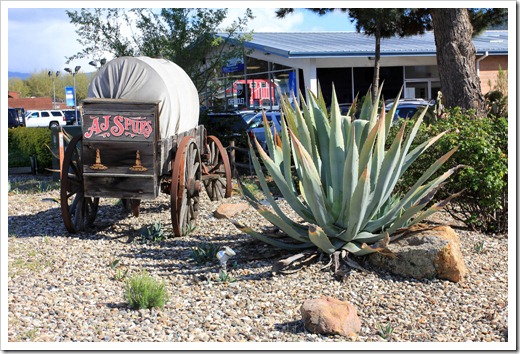 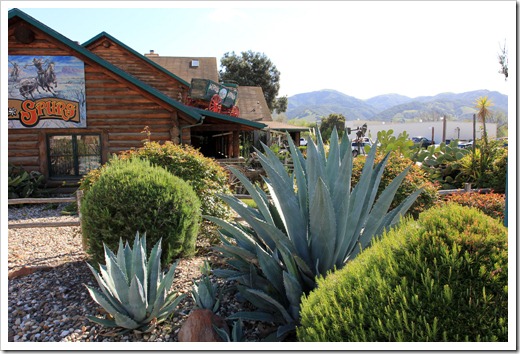 …and this thicket of Opuntia ficus-indica… 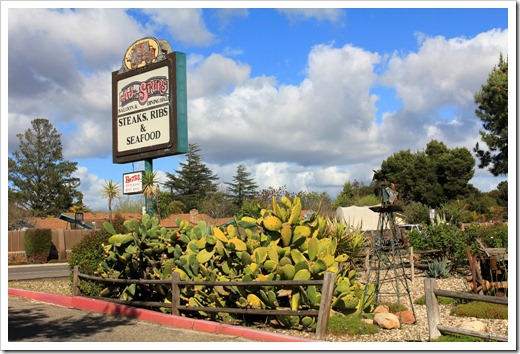 …not to mention the wagons on the roof! 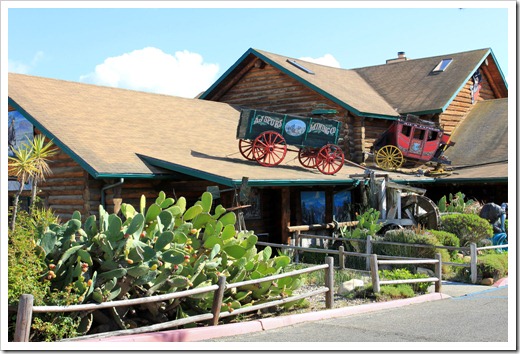 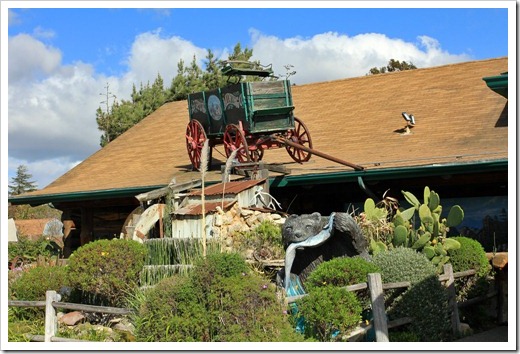 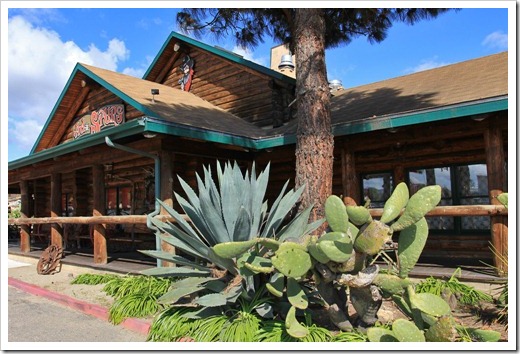 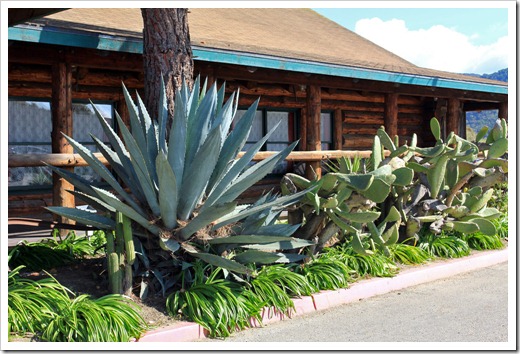 These dessicated Agave americana bloom stalks are a vivid reminder of the fact that agaves die after flowering. But what a way to go out! 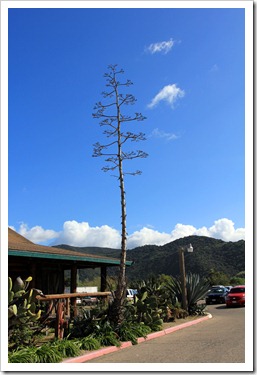 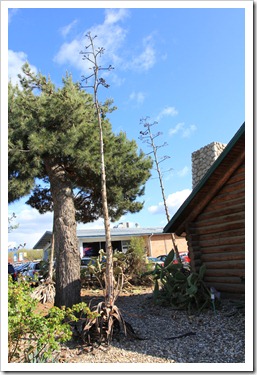 The thing I love best about road trips is the element of serendipity: discovering something interesting without looking for it. Succulent Café in Solvang and AJ Spurs in Buellton definitely qualify!