The Moreton Bay fig (Ficus macrophylla) is native to the rainforests of the eastern coast of Australia. In its original habitat, its seeds germinate high in the canopy of a host tree and seedlings live as epiphytes until their roots are long enough to touch the ground. As the Moreton Bay fig grows, it strangles its host until it becomes a standalone tree. 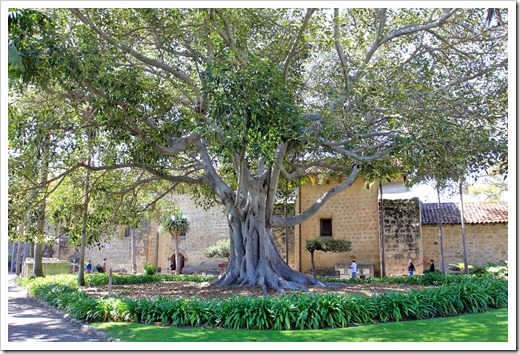 When used in residential or public landscaping, seedlings of course are planted straight in ground so you don’t see the aerial roots that would exist in the rainforest.  However, the Moreton Bay fig never has a traditional trunk. Its exposed buttress roots, which resemble giant wooden tentacles stretching in all directions, give it a completely unique appearance.

The Moreton Bay fig has long moved beyond its native habitat and can be found in public and private gardens and parks in frost-free areas all over the world. Southern California has many impressive specimens. The one at the Santa Barbara Mission dominates the cemetery. According to a plaque, it was planted in 1890, which makes it 123 years old. 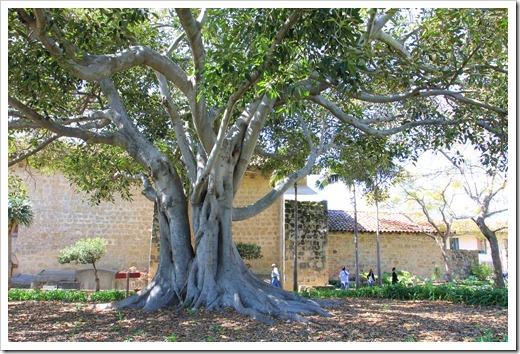 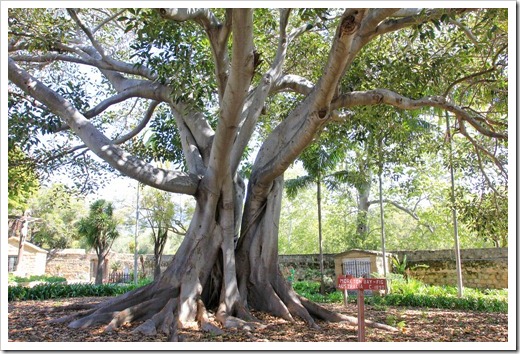 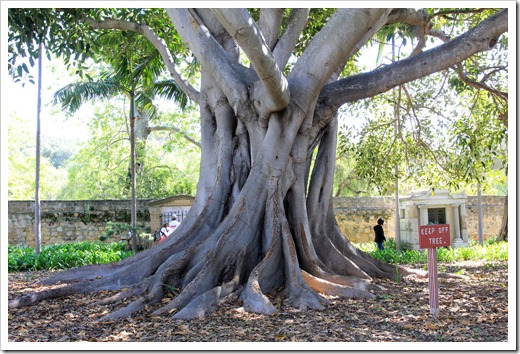 But Santa Barbara has an even bigger Moreton Bay fig. The tree near the train station at the corner of Montecito and Chapala St is reported to be the largest in North America. In 2010, it was 80 ft. tall and had a crown spread of 198 ft. The trunk diameter above the buttress roots was 12.5 ft.

According to Edhat, a City of Santa Barbara engineer once estimated that 10,450 people could stand in the shade of that fig tree at noon! 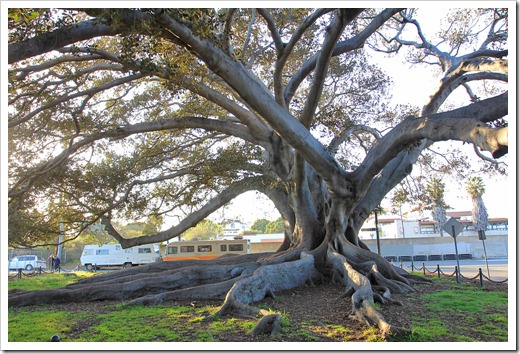 In 1876 a seaman gave the seedling to a local girl who planted it elsewhere in downtown Santa Barbara. When the girl moved away a year later, a friend of hers transplanted it to the current location on land then owned by the Southern Pacific Railroad. The tree became a historic landmark in 1970 and the property was given to the City of Santa Barbara in 1976. 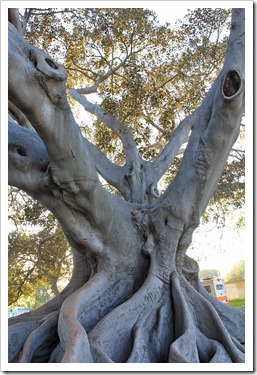 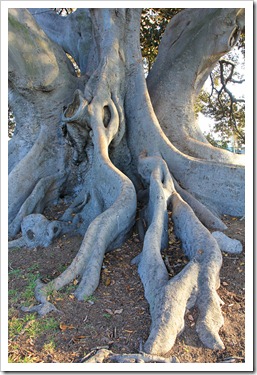 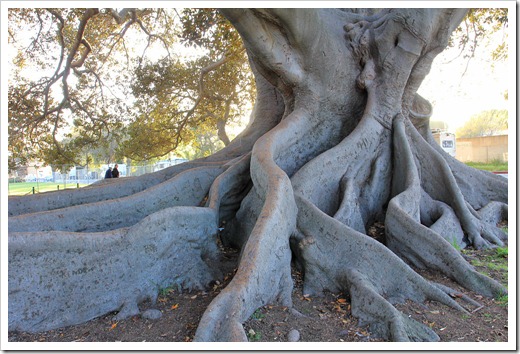 It’s very difficult to photograph a tree of this size in a meaningful way. Hopefully the pictures above give you some idea of how massive—and breathtakingly beautiful—this tree is.

Needless to say the Moreton Bay fig is not suited for the average home garden. But if you happen to have acreage and live in a frost-free climate, this would be the ultimate shade tree.

Side note: A giant Moreton Bay fig plays a key role in the 2010 Australian movie The Tree. I have yet to see it, but the trailer looks very promising.