Bamboos are waking up

The thing that speeds up the heart rate of any bamboo grower is the emergence of new shoots. Some bamboos, most noticeably members of the subtropical genus Bambusa, shoot in the late summer or fall, but many others produce new shoots in the spring. I’ve been making a concerted effort to keep my bamboos well hydrated and it’s beginning to pay off. Here are the ‘boos in our backyard that have started to shoot: 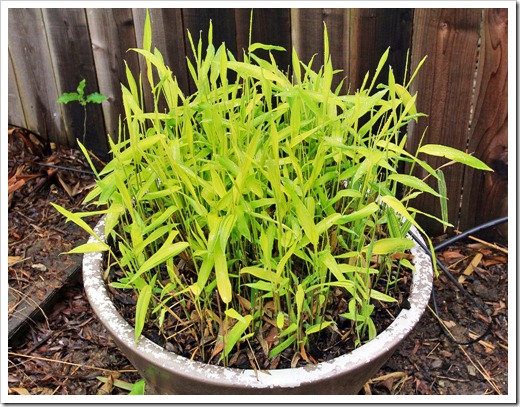 Pleioblastus viridistriatus
Easily one of the most vibrant bamboos there is. I routinely cut the old culms down to the ground in late winter to maximize the effect of the new leaves. 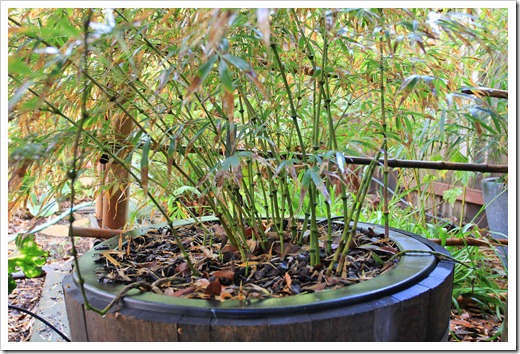 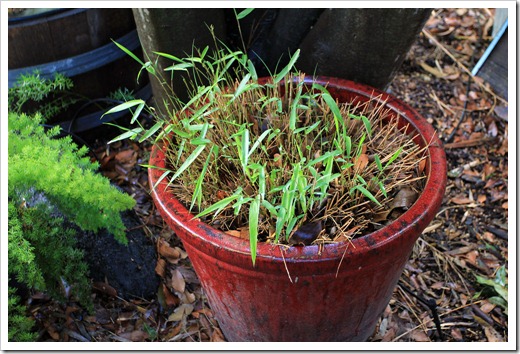 Fargesia dracocephala ‘Rufa’
This bamboo almost died because the drip irrigation emitters that water the pot fell out last summer so the plant didn’t get any water for a number of weeks. I cut back the desiccated culms a few weeks ago and now new shoots are emerging. 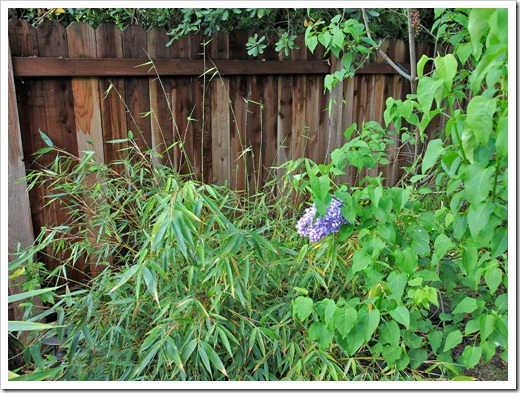 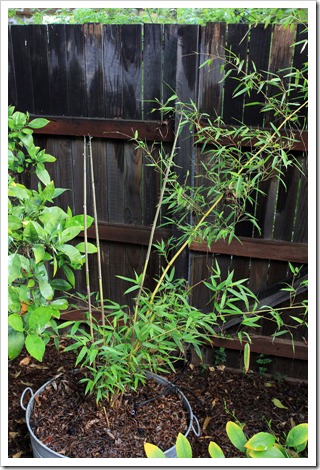 Phyllostachys aureosulcata ‘Spectabilis’
This started out as a small division I received from fellow garden blogger Alan Lorence of It’s Not Work It’s Gardening.

In addition to the bamboos above, which are in the process of pushing brand new shoots, others are continuing their growth that was temporarily stalled by the nuisance that is winter. 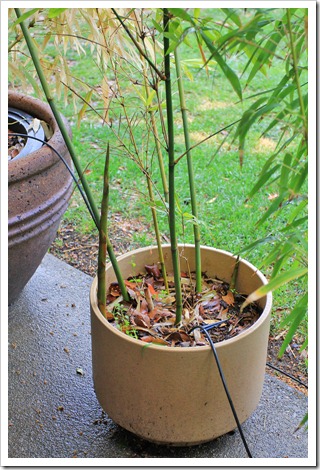 Bambusa dolichomerithalla
The two shoots you see along the edge of the pot emerged in late fall, stopped growing for four or five months, and are now continuing their upward trajectory. 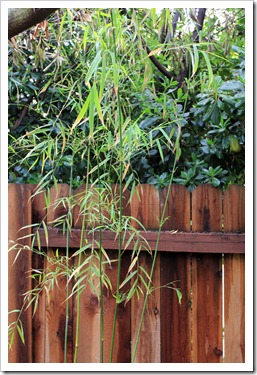 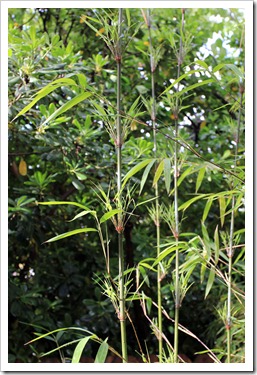