Last Saturday I did something I’d been wanting to do for a long time: I attended a plant sale at UC Botanical Garden in Berkeley. As an on-again, off-again member and somewhat regular visitor (if once or twice a year counts) I’m fairly familiar with their collections and I know that many of their plants are unusual and rare. Not surprisingly, quite a few plants propagated from UCBG stock make it into their plant sales—which, I might add, are legendary in Northern California gardening circles. 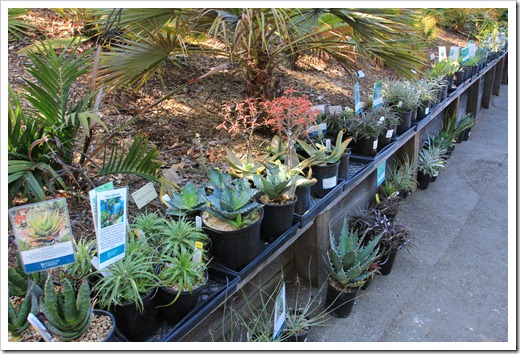 Succulents lined up along the walkway

The members’ sale and reception was on Friday, from 5pm and 7:30pm but there was no way I was going to brave what is the worst traffic of the entire week. I have no idea what marvelous plants they had for sale that I might have missed out on, but I’m not going to dwell on it. So I went to the Saturday sale, which started at 10am and was open to the public (a great way to visit UCBG for free since there was no admission charge). It paid to arrive a little early since I found parking in the small lot near the garden entrance and didn’t have to take the shuttle from the overflow lot further up the road. 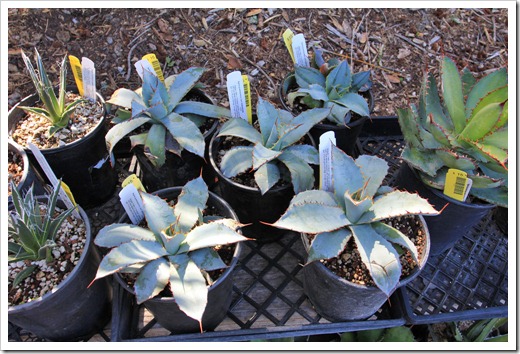 The plant tables lined the main walkway from the entrance to the Conference Center, which made for a nice stroll. As I had expected, it was quite crowded and I frequently bumped into people with my trusty Radio Flyer wagon (UCBG has their own fleet of Radio Flyer wagons available for patron use, so the plant sale looked a bit like a scene out of a Radio Flyer commercial). After a while I decided to park my wagon and walk around without it. Luckily, nobody stole any of my prized plants off my wagon. 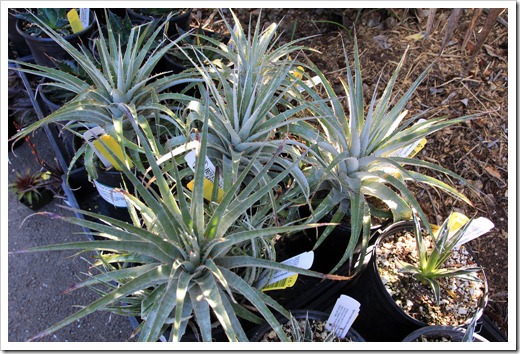 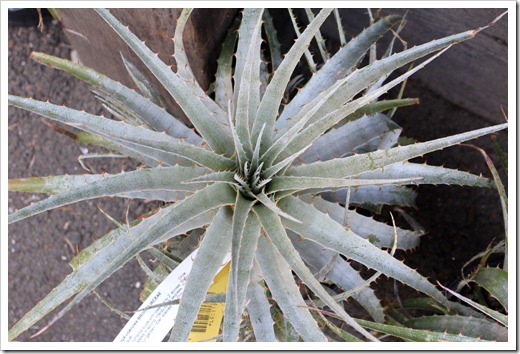 The plant selection was huge and spanned a number of categories: California natives, bulbs, herbs, cacti and succulents, perennials, insectivores, house plants and tropicals, palms and cycads, and trees and shrubs. 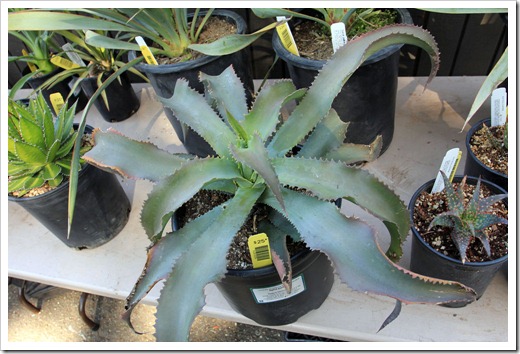 The only thing I was actively looking for was a restio for fellow blogger Alan of It’s Not Work, It’s Gardening (no luck) so I was free to wander around with an open mind. The photos in this post show a few of the things that caught my eye. 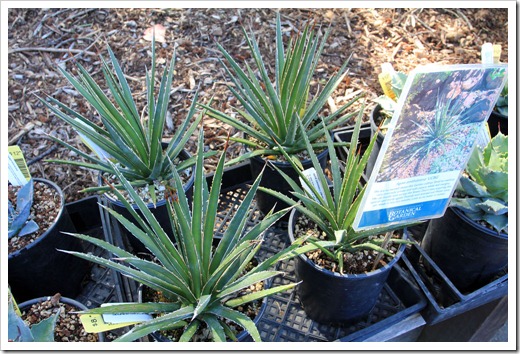 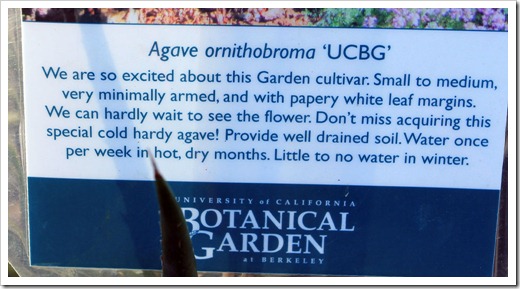 I bought one at Ruth Bancroft Garden a few years ago, and it’s a great non-threatening agave 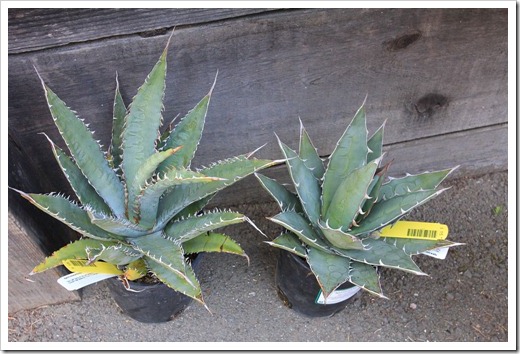 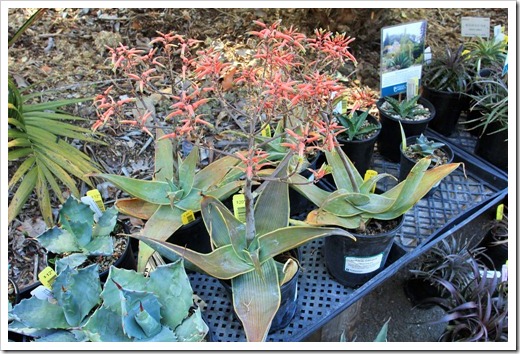 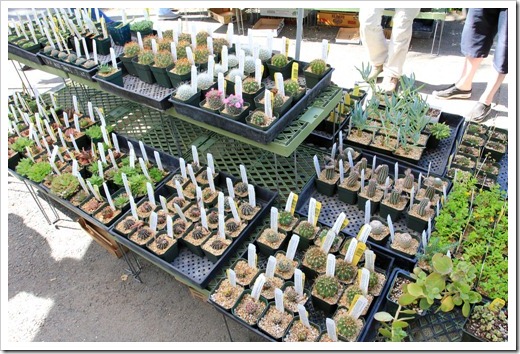 Lots of small cacti and succulents 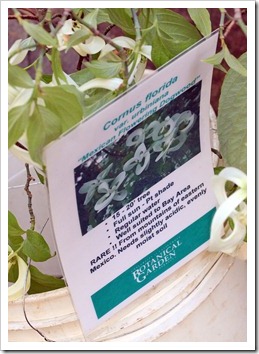 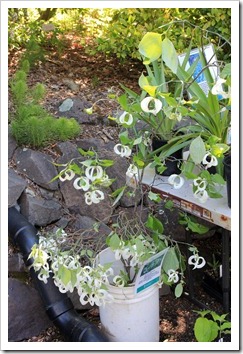 Mexican flowering dogwood (Cornus florida var. urbiniana), a real standout for me. If I had the space and a spot with evenly moist soil, I would have bought one. I’ve never seen flowers like these before! 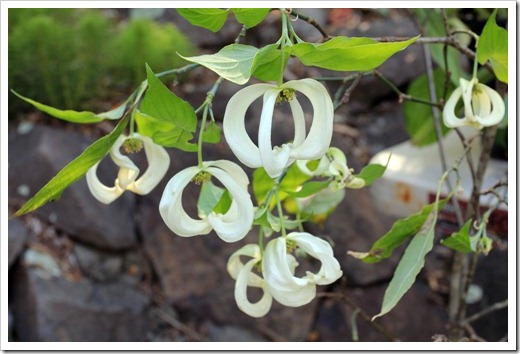 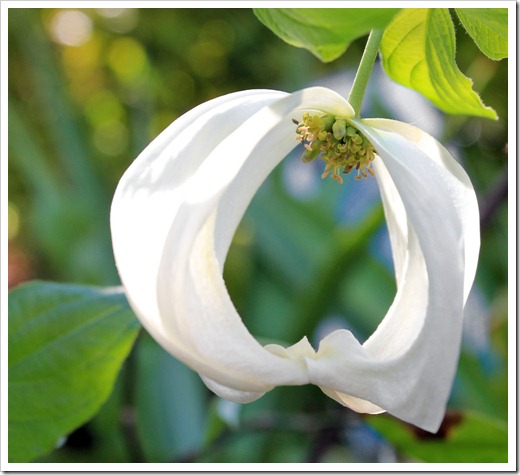 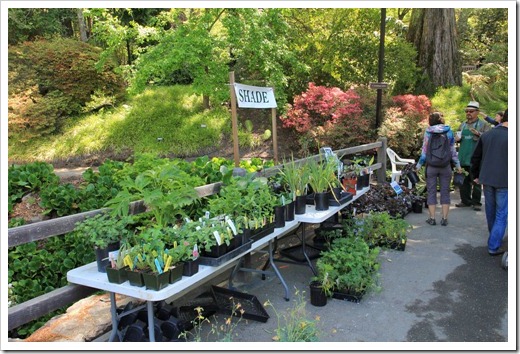 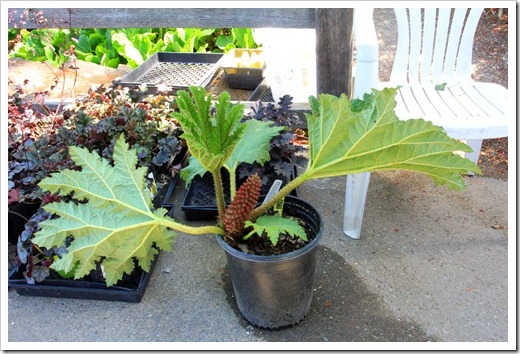 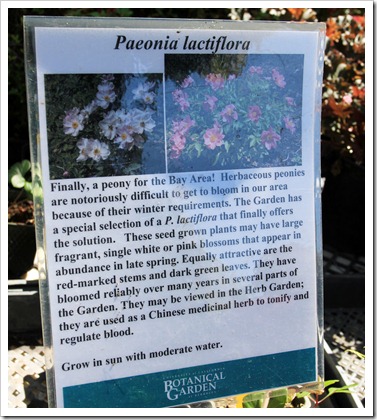 Perennial peony (Paeonia lactiflora). Gardeners elsewhere might laugh, but peonies are hard to grow in our mild-winter climate so a species that might do well here is highly sought after. 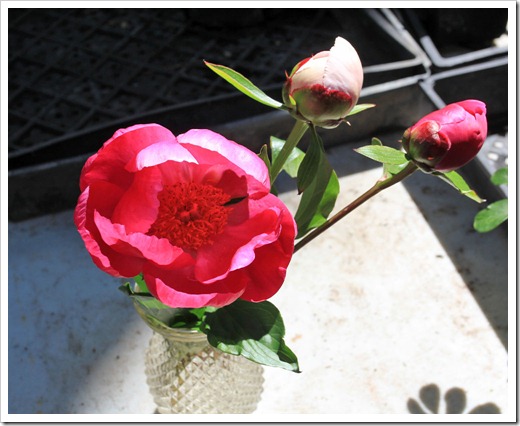 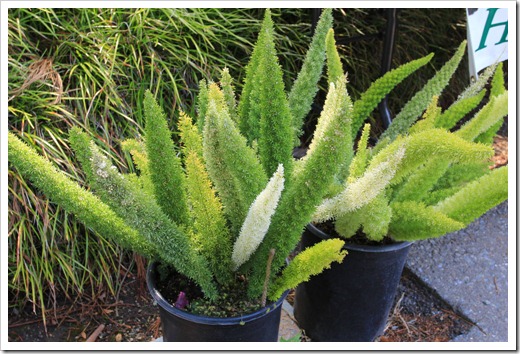 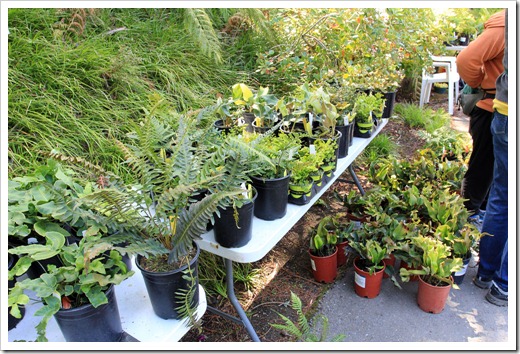 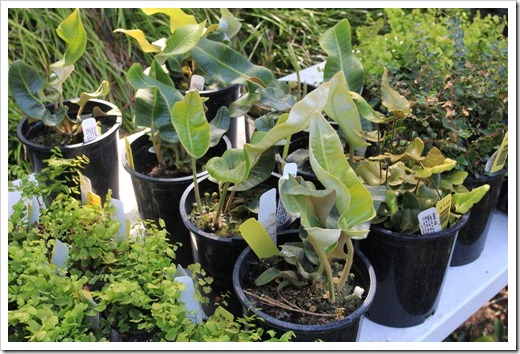 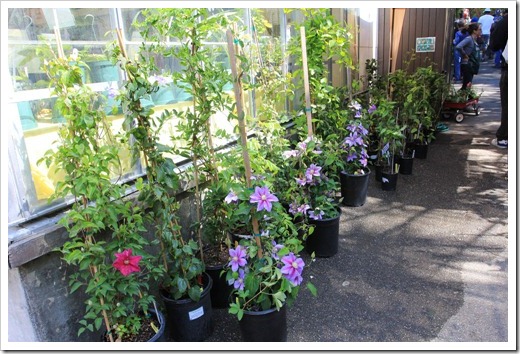 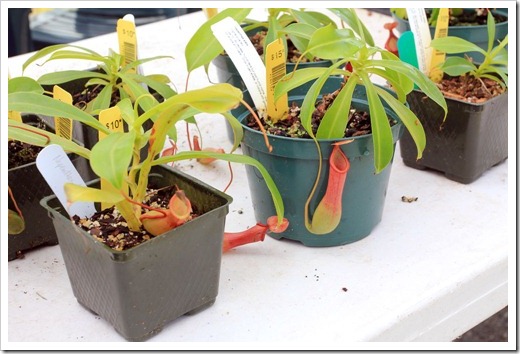 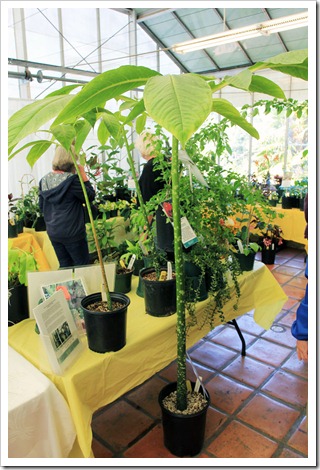 Titan arum (Amorphophallus titanum), aka corpse flower. I’ve never seen one for sale before. This 6+ ft. specimen was $100. 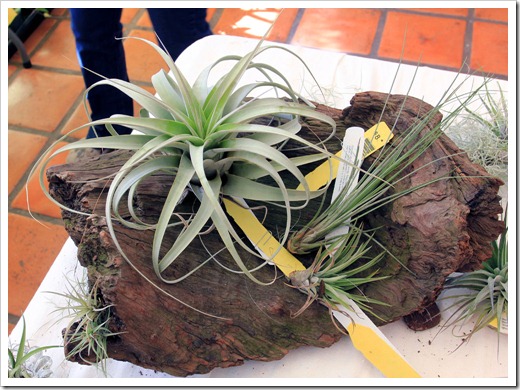 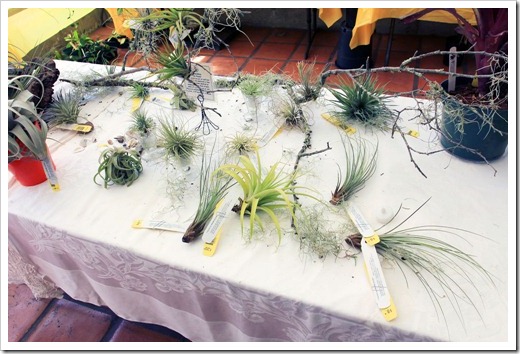 Ultimately, my purchases ended up surprising even myself. Aside from the predictable spikiness (a Puya alpestris and a Dyckia platiphylla ‘Cherry Cola’) I bought a perennial peony (Paeonia lactiflora), a monkey puzzle tree (Araucaria araucana), and three fairly hardy palms: Arenga engleri, Chamaedorea radicalis and Brahea ‘Super Silver’. They’re still very small and will be in containers for a good while. The first two prefer shade so they’ll be perfect for the the backyard where shade, created by our four enormous bay trees, is in ample supply.

After I was done with the sale, I walked over to the Southern Africa and New World Desert collections to see what was in bloom. I’ll have a separate post tomorrow.