The Aloe Garden was started in the 1950s and today features almost 200 different aloe species, including many tree aloes which have reached impressive heights. However, the first thing I noticed when entering the Aloe Garden was a wall of black bamboo (Phyllostachys nigra). You don’t often see bamboo planted right next to aloes, but at Lotusland anything goes. 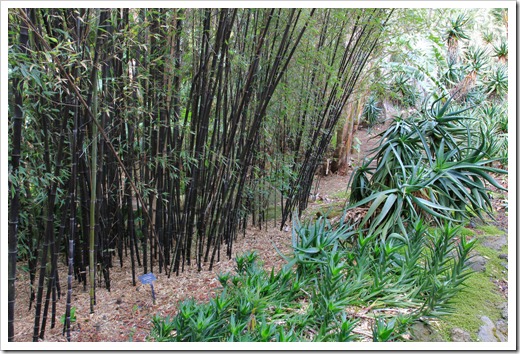 Some people might think that a garden dedicated to a single genus is boring. Not so here. The genus Aloe offers far more diversity than most plant aficionados realize, and the Aloe Garden at Lotusland presents a stunning cross-section. Just take a look at the photos in this post, and you will agree! 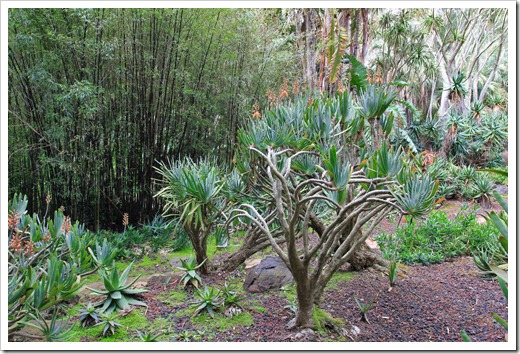 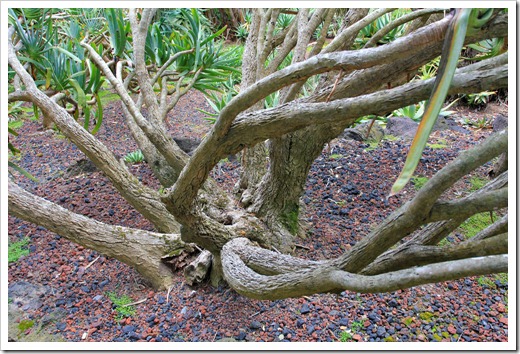 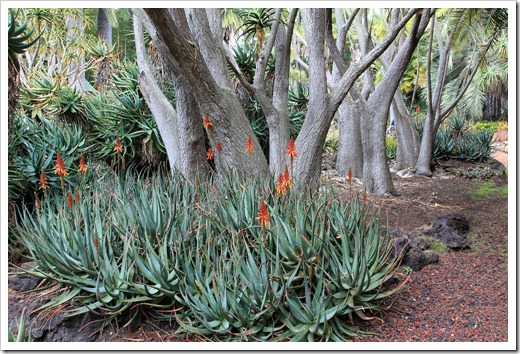 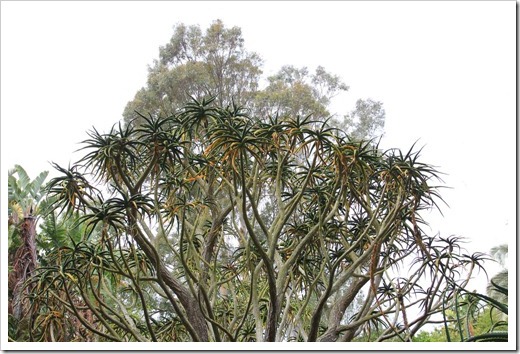 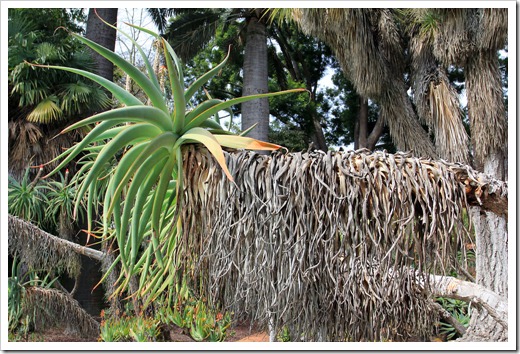 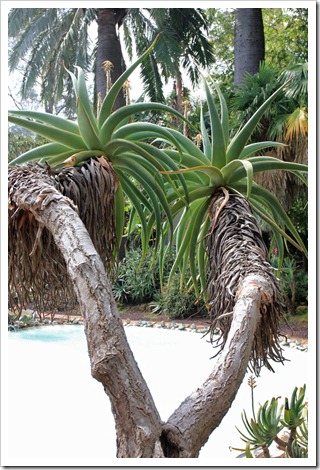 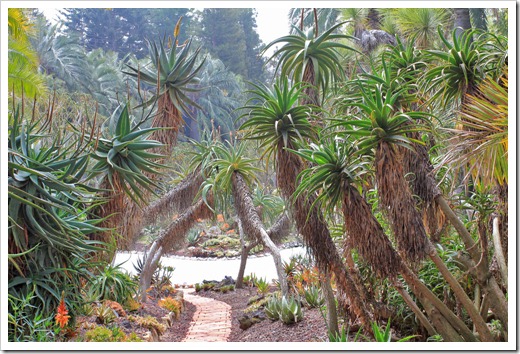 Tree aloes near the abalone-shell pond

Aside from the plants, the most distinguishing feature of the Aloe Garden is the pond. Originally built as a swimming pool by the property’s second owners, the Gavit family (1915 – 1939), it was transformed by Madame Walska in 1958. She had the perimeter of the pool lined with abalone shells and the interior painted a very pale blue so it would glow in the moonlight. The pièce de resistance is a cascading fountain made of giant clam shells.

Genius or kitsch? Everybody seems to have a different opinion. But let’s not forget that Ganna Walska built Lotusland for herself, and she didn’t set out to please anybody but herself. She knew exactly what she wanted and she never wavered from her chosen path. 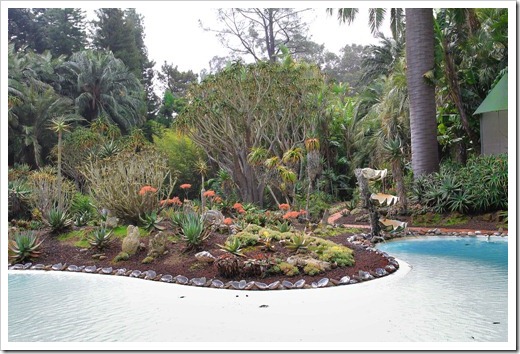 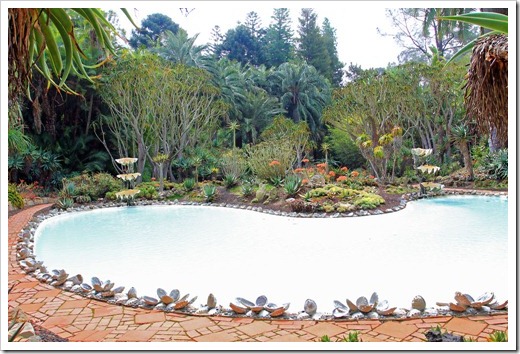 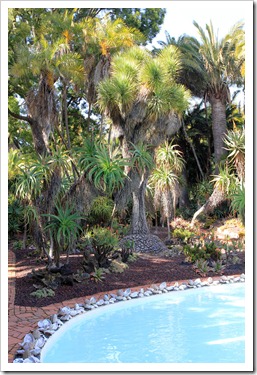 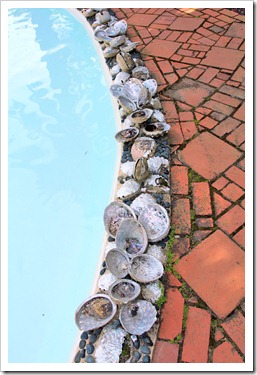 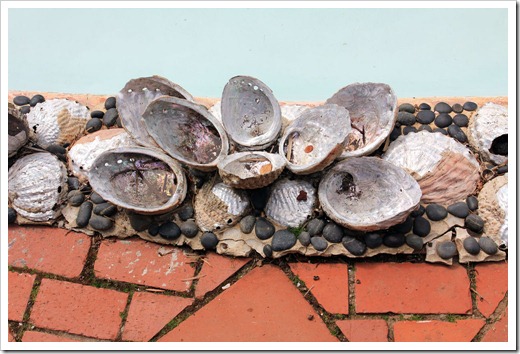 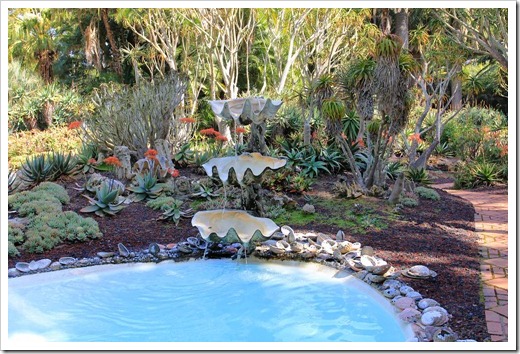 If the abalone pond offends your sense of aesthetics, simply turn away and enjoy the magnificent plants in the Aloe Garden. There is so much to see that very soon you will have forgotten all about it. 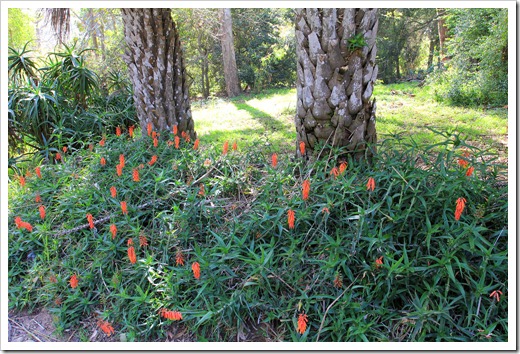 Blooming aloes at the base of two palm trees 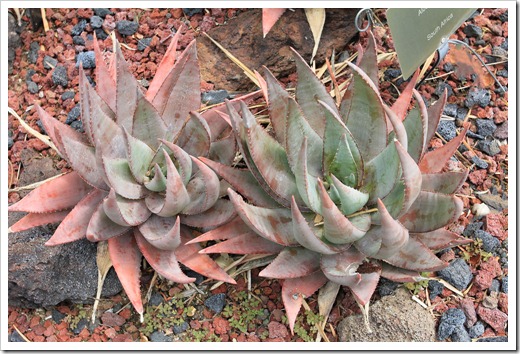 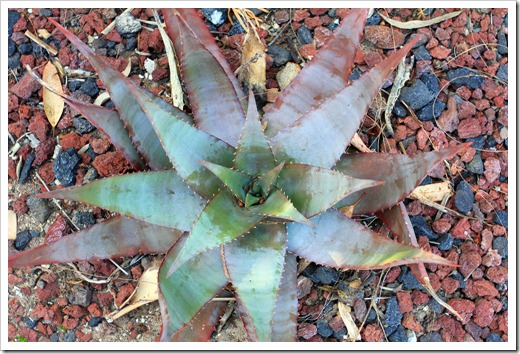 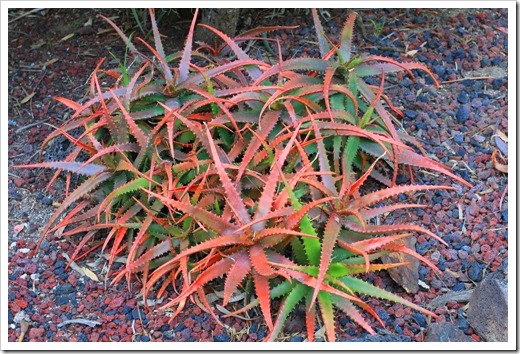 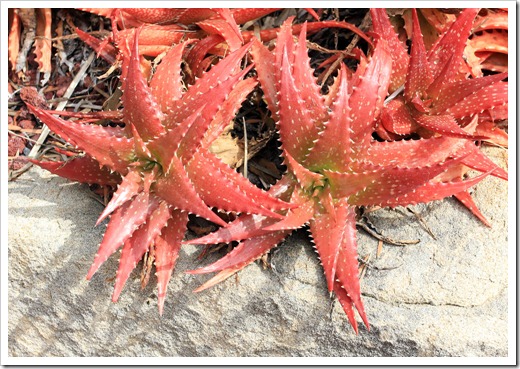 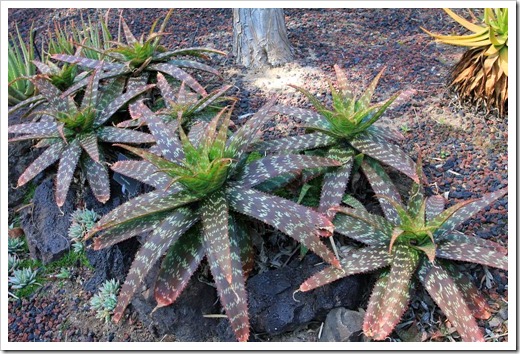 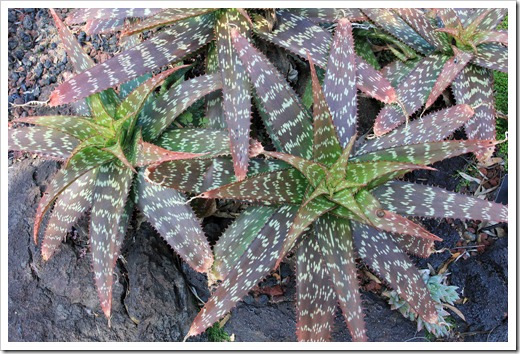 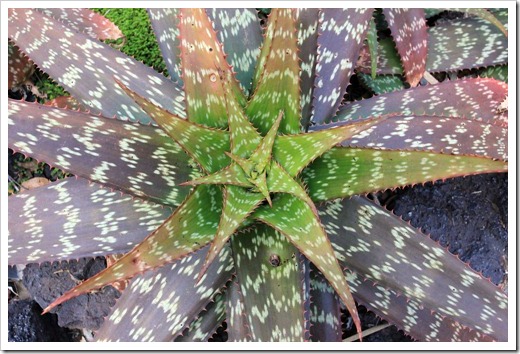 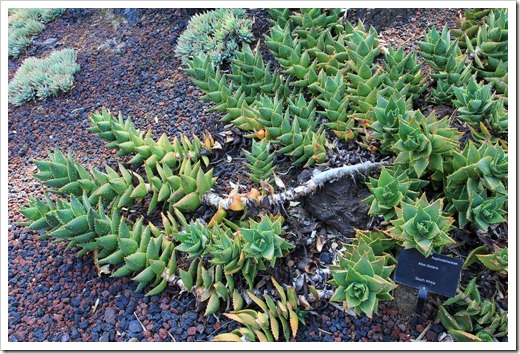 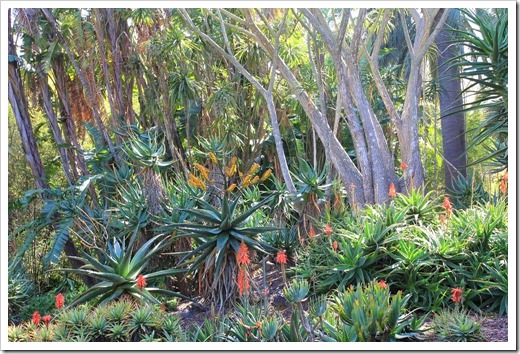 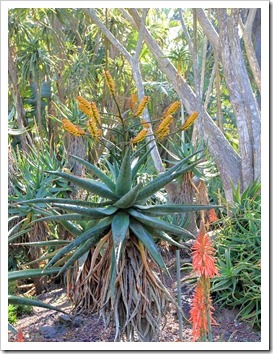 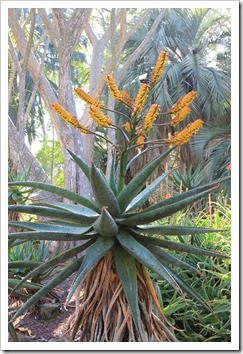 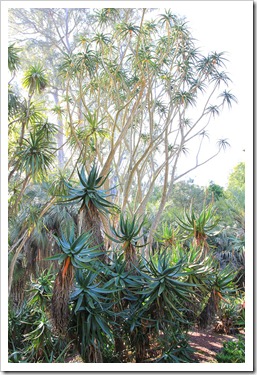 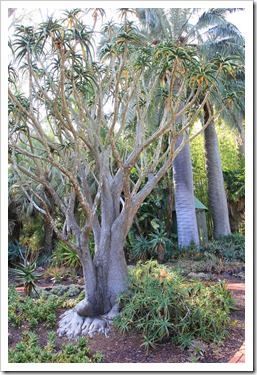 The last two photos in this post show a wider view of the Aloe Garden. They were taken during my solo visit in the afternoon. The sun had come out and the lighting was so contrasty that it was difficult to take good photos. These are not the most beautiful pictures of the Aloe Garden, but they give you a good idea of how jam-packed it is with mature plants. 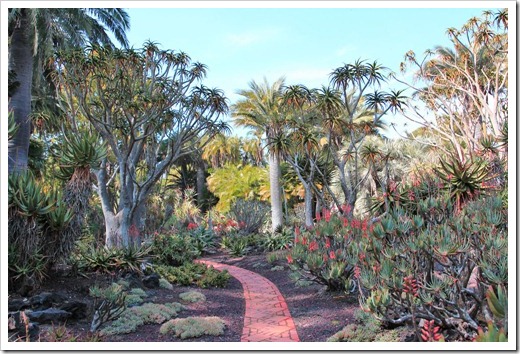 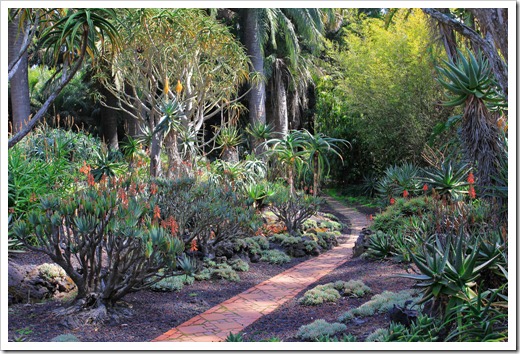 Part 1 of my Lotusland coverage features the Visitor Center and Australian Garden, the Tropical Garden and the Japanese Garden.

Part 2 is about the Blue Garden, the Cycad Garden, the Fern Garden and the Bromeliad Garden.

Part 5 wraps things up with a tour of the Cactus Garden.