Yesterday I had a meeting in the East Bay. Driving home on I-680 I spotted a newly planted row of prickly pear cacti along the edge of a rural property. Fortunately it was right near a freeway exit so I was able to stop and take a few photos.

Indian fig (Opuntia ficus-indica) is the most popular prickly pear species in our parts. It is virtually spineless, grows relatively quickly, and produces both edible pads (nopales) and fruit (tunas).

I drive on this stretch of freeway relatively regularly and I will keep an eye on this living fence. Give it a few more years, and it’ll be a spectacular sight when the cacti are in bloom. 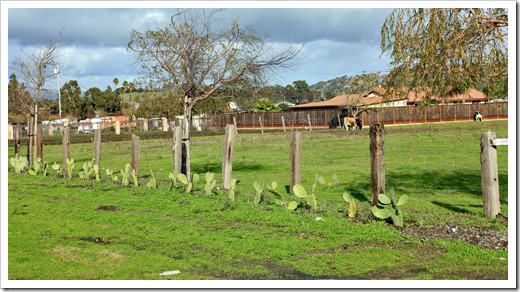 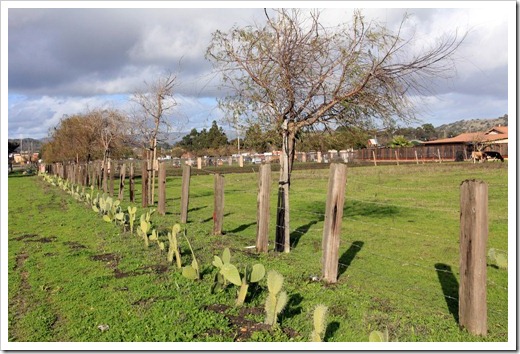 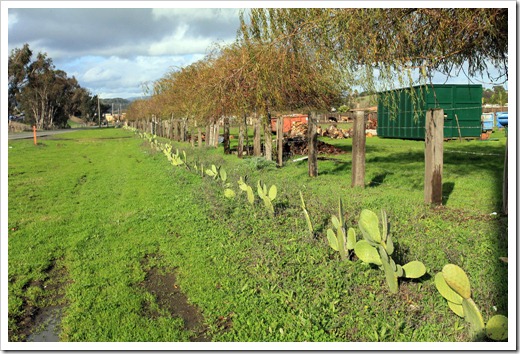 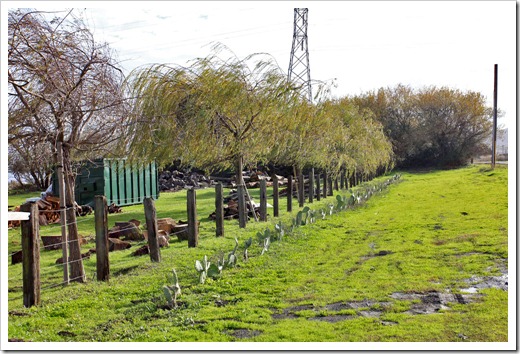 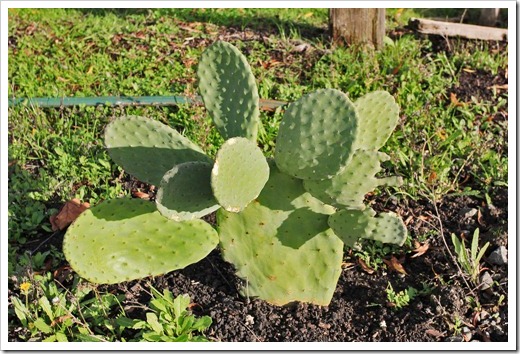 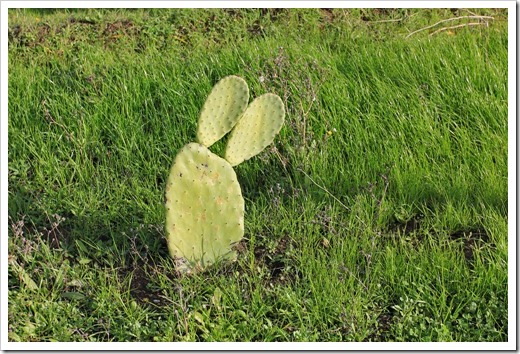 At the far end of the property the owners have planted Agave americana on either side of the gate shown in the next photo. A row of smaller Agave americana offsets continues on the left-hand side.

In Northern California, Opuntia ficus-indica and Agave americana are the two most commonly used succulents in rural landscaping. While they are not the most beautiful species in their respective genus, a mass planting is still an impressive sight.