On Saturday I was driving around town photographing ginkgos for this post. Kitty-corner from three blazing ginkgos I spotted a strip of succulents planted outside a low picket fence. 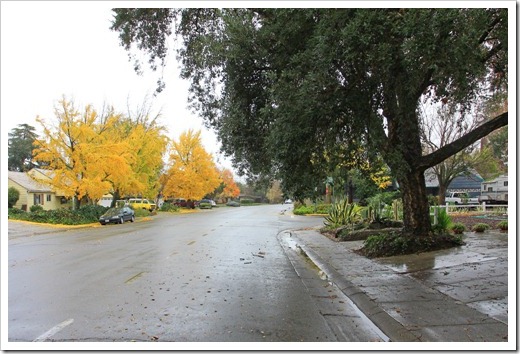 Of course I had to check it out. 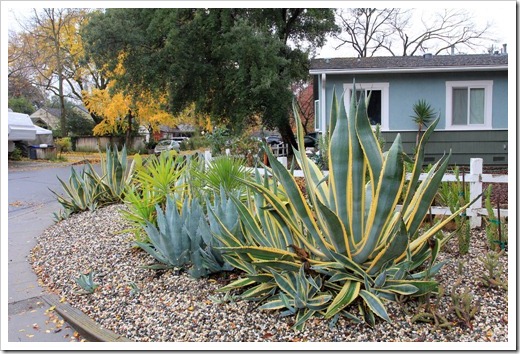 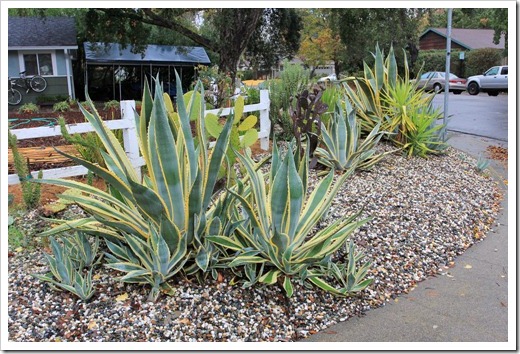 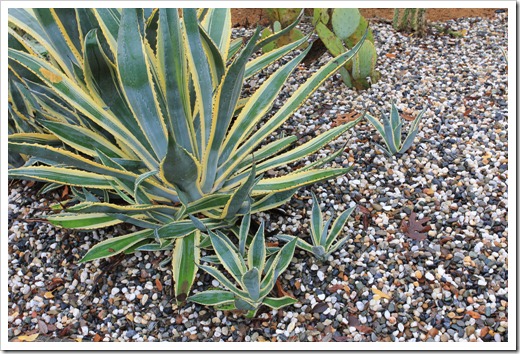 There are also specimens of the regular blue Agave americana. They, too, are sending up pups. (If I were the homeowner, I’d remove most of these offsets, otherwise they’ll end up with an impenetrable agave jungle.) 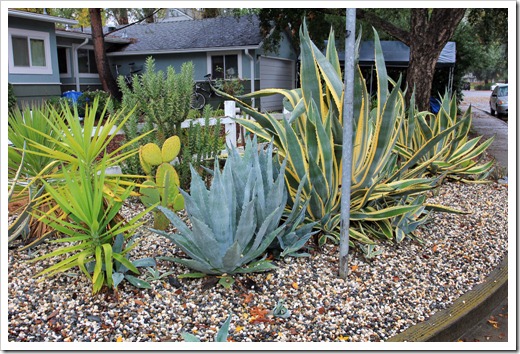 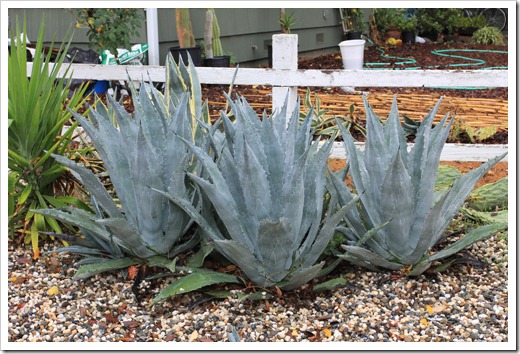 While the agaves were the first plants I noticed, there is much more variety here than initially meets the eye. In the photos above, you’ll see a yucca or two in the background. And then there are the cacti. Not only this metal prickly pear (I want one!)… 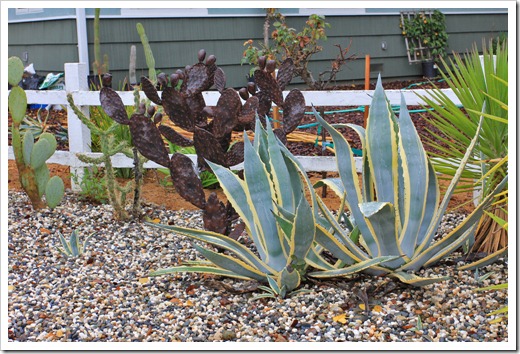 …but also real ones (Opuntia macrocentra in the photo below). 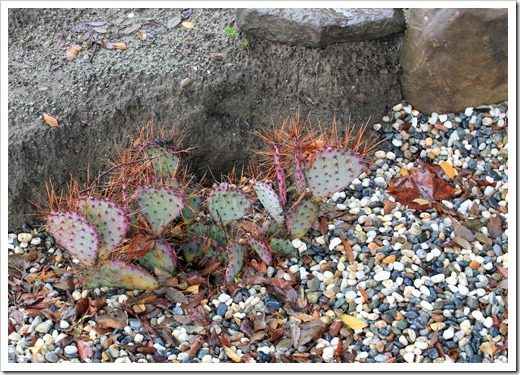 And other cacti to boot. 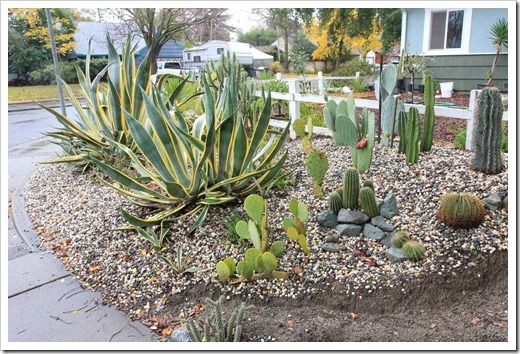 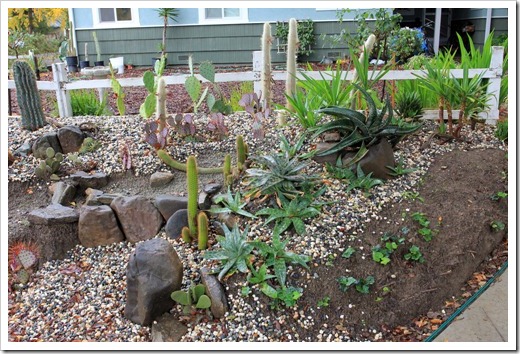 In the last photo you can see that this planting strip has a definite slope, which helps with drainage. I also quite like the rocks placed here and there.

I don’t know what was planted here before, but it’s very encouraging to see another homeowner switching to succulents as part of a water-wise landscaping theme—so important in California where there is a constant shortage of water.