This morning I woke up to dense fog. It wasn’t a wimpy high overcast or a light mist but veritable pea soup. Since our climate is so dry, we only have fog in the dead of winter, and this was the thickest fog in recent memory.

The following photos of our house were taken from the middle of the street. That gives you a good idea of how dense the fog really was! 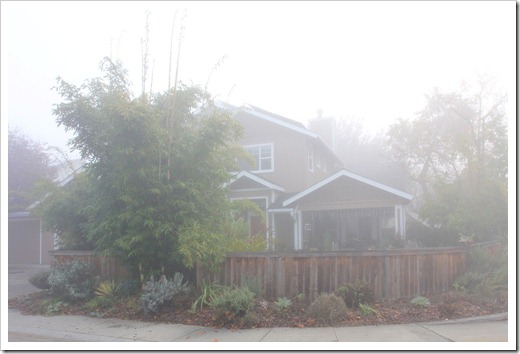 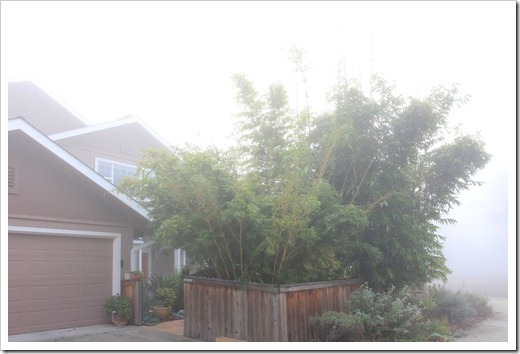 The bamboos really stand out 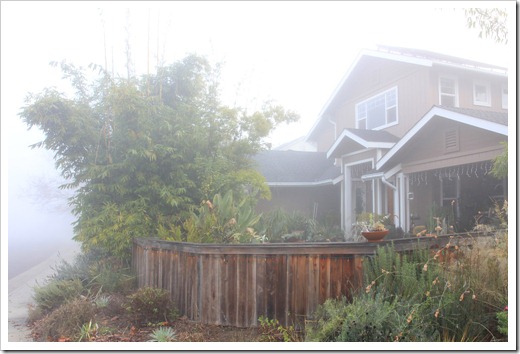 Another shot of the bamboos in front of the house 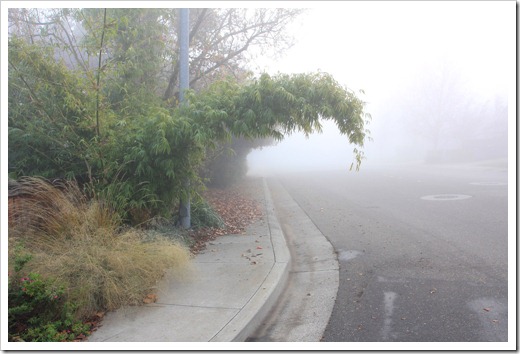 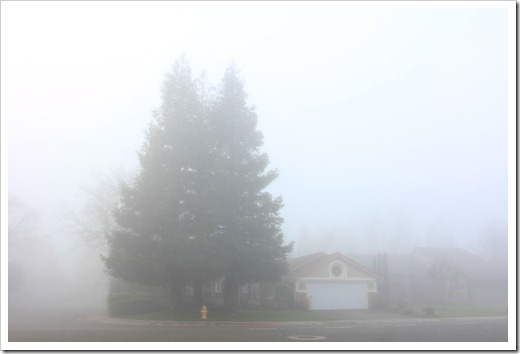 Redwood trees across the street 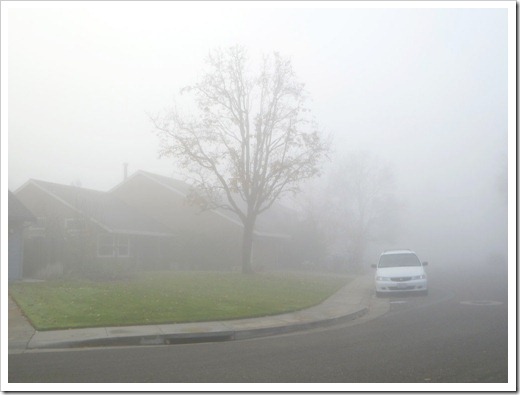 Bradford pear tree down the street

When I biked to school with my younger daughter, I took a camera along to grab a few snapshots of the park and the greenbelt. I love the tree skeletons in the fog! 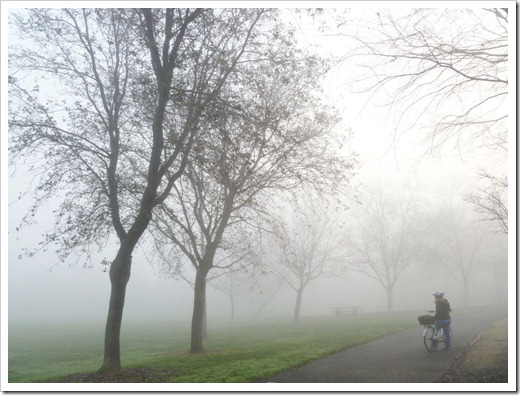 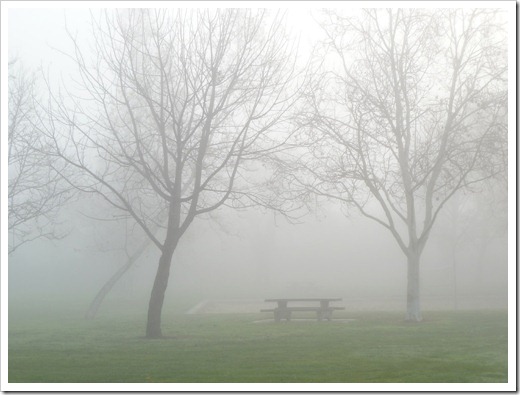 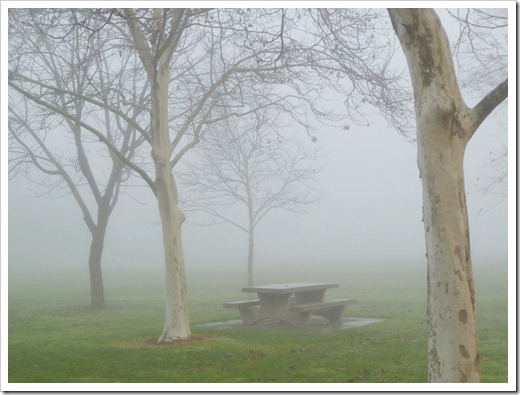 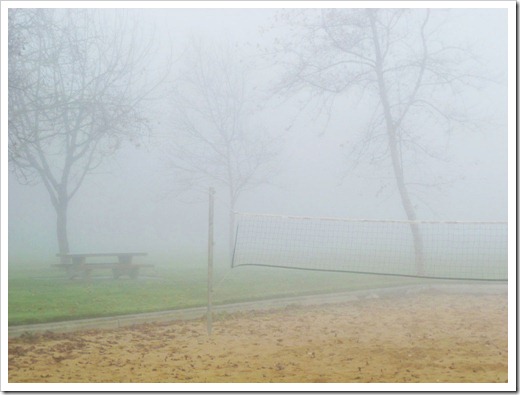 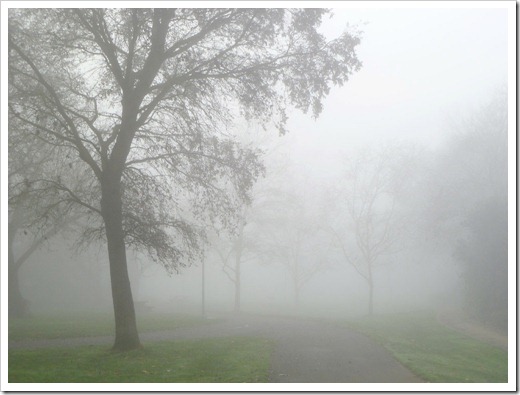 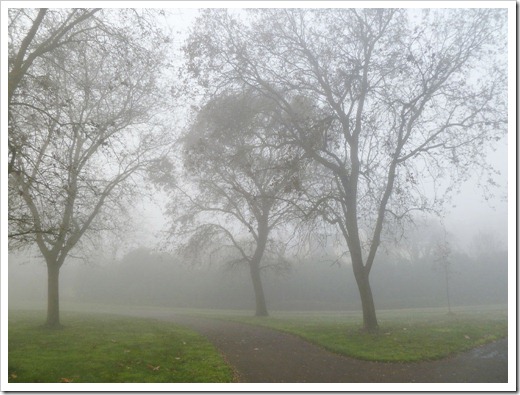 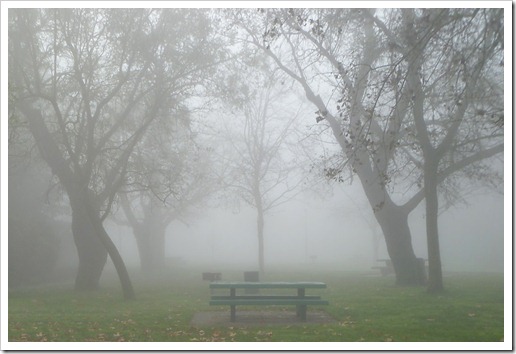 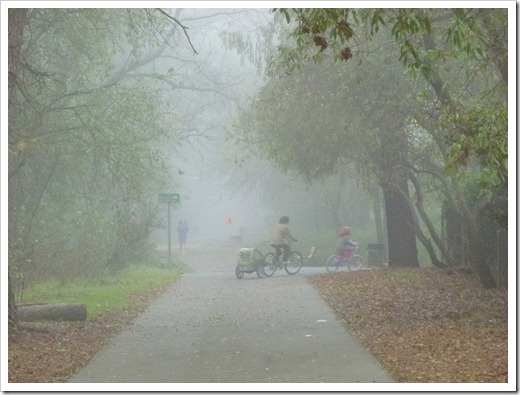 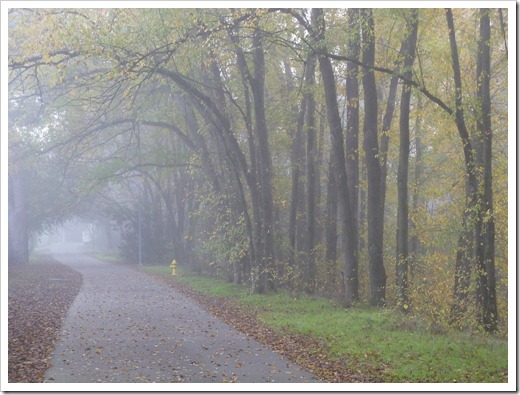 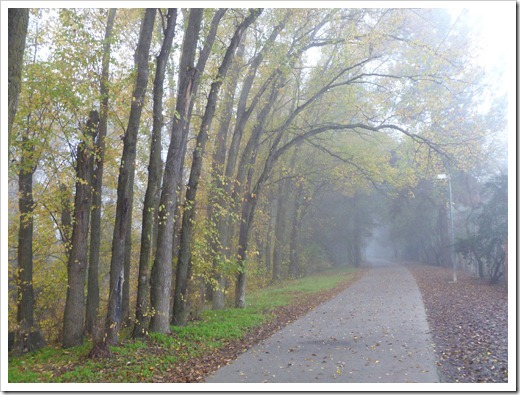 Tonight a colder storm will arrive. It’s supposed to bring high winds and more rain, so the next time I see the trees in the last two photos, they’ll probably have lost their leaves. And as temperatures start to drop into the high 30s at night, I’ll bring more plants inside to keep them out of the cold.