In early October I created a new succulent bed in our backyard. While I also planted a few smaller agaves, echeverias and kalanchoes, this strip is dominated by aeoniums. Being winter growers, these Canary Island natives have added an amazing amount of girth in the last nine weeks. Compare the photos below to see the difference!

Right side of the new succulent bed now 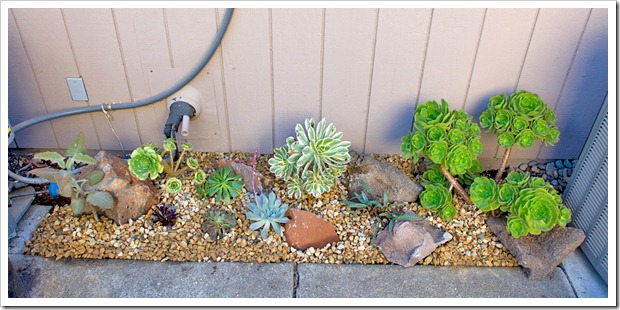 Left side of the new succulent bed now 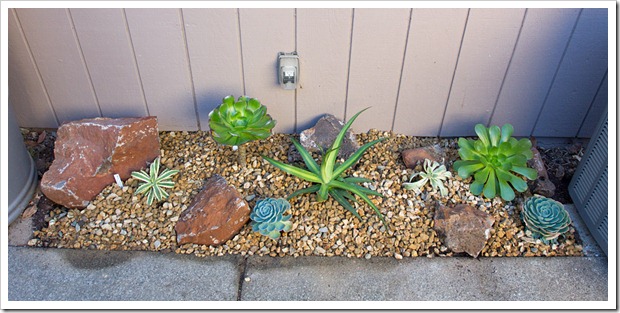 Next photo: The largest rosette of Aeonium ‘Sunburst’ is a full foot across now. The clump of Aeonium arboreum on the right hasn’t grown as much but the rosettes, closed in the summer and early fall while the plant was dormant, have opened up completely and turned a rich green. 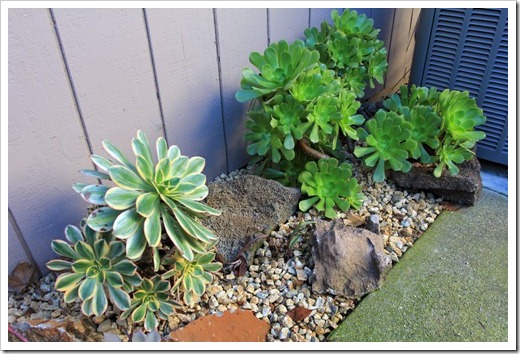 Next photo: This aeonium, Aeonium arboreum var. rubrolineatum, has had the biggest growth spurt. Just six inches across in October, it now has a diameter of 16 inches. Amazing! 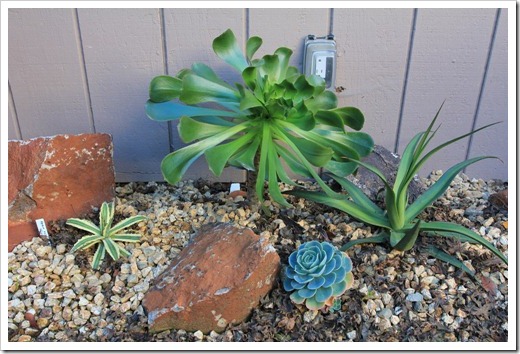 Aeoniums are wimps when it comes the cold. So far I haven’t had to cover them because we haven’t had a single night below freezing yet. (We came close last night; our weather station logged a low of 32.8°F in the backyard.) But I’ve retrieved my frost blankets from storage so I’ll be ready when the time comes.