We arrived in Mount Shasta last night to spend Christmas at my in-laws. We took advantage of a break between potent snow storms and made it just in time before the next storm arrived in the evening.

The previous set of storms had already dumped a couple of feet of snow, turning the town into a winter wonderland. This is what my in-laws’ backyard looked like just before the next storm arrived. 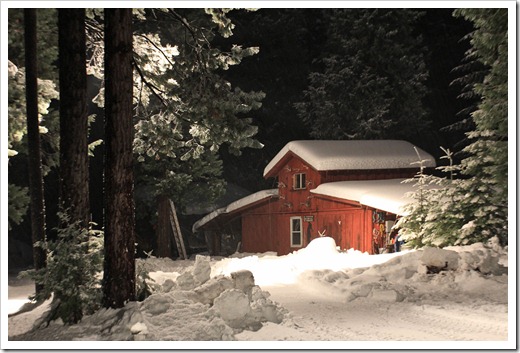 At 8pm on Saturday it started to snow… 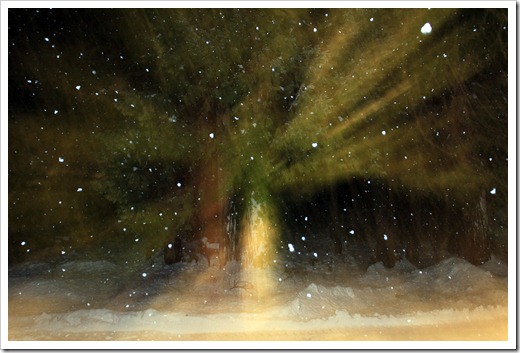 …and it continued all night. In fact, it is still snowing, albeit lightly, as I’m writing this at 12:30pm on Sunday. 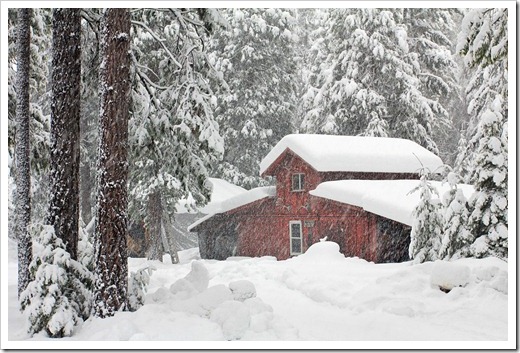 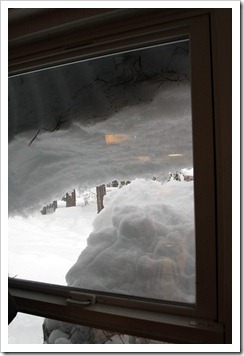 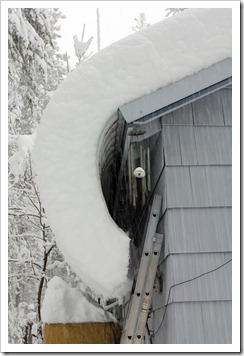 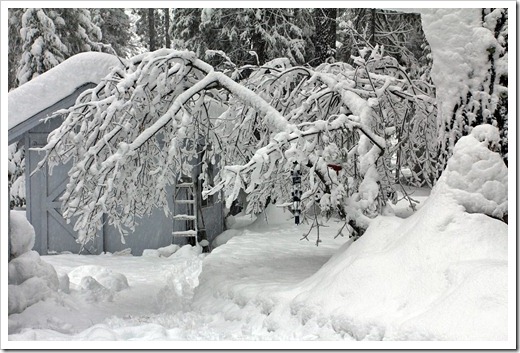 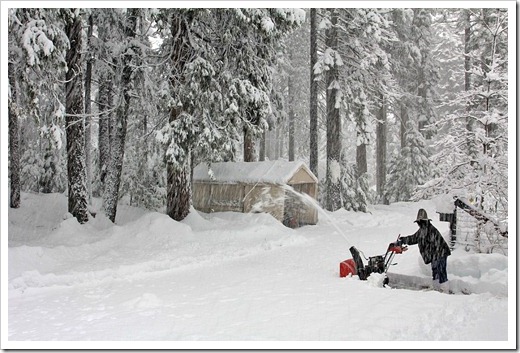 Try to find the neighbors’ house in the next photo. It’s all but disappeared in the jungle of snow-covered trees. 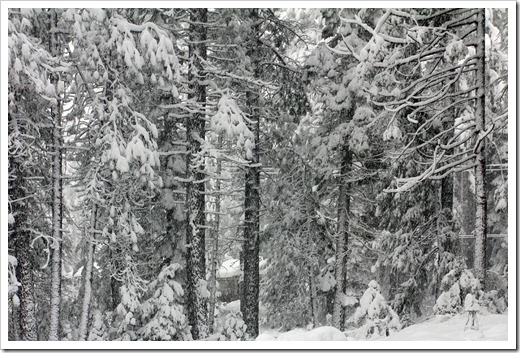 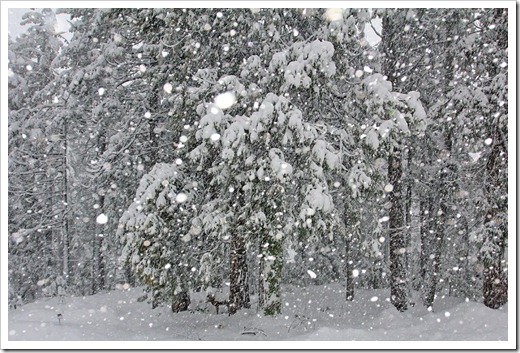 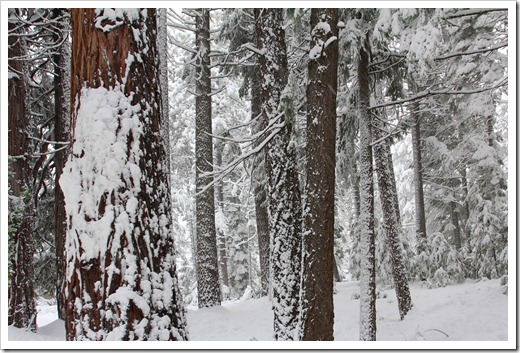 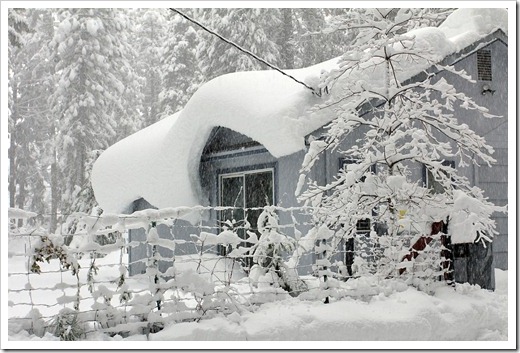 The branches of the tree our van is parked under are so laden down with snow that they’re touching the roof of the car. Fortunately, we have no need to go anywhere in the next few days! 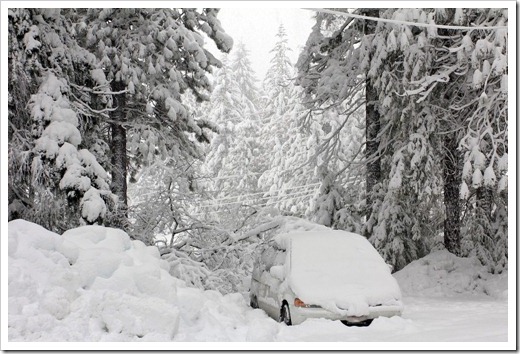 At Thanksgiving I posted an update about my in-laws’ bamboos. Now they are flat against the ground from the weight of the snow. 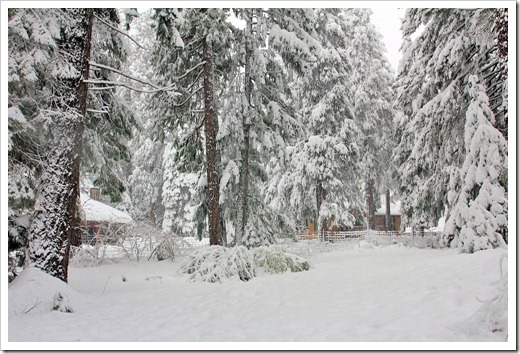 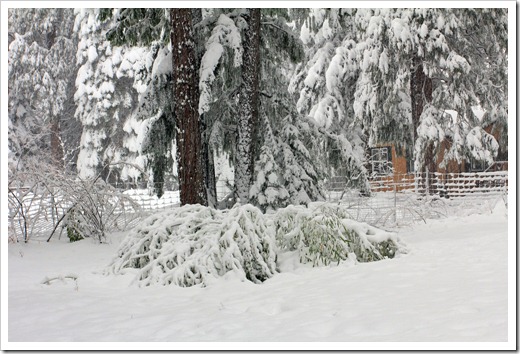 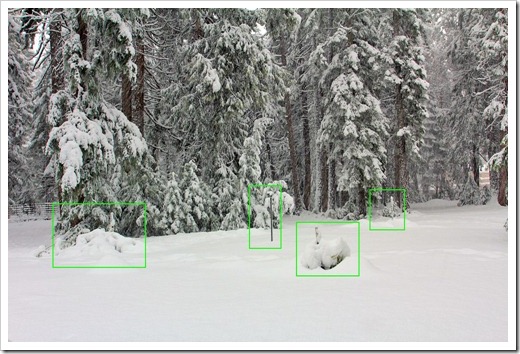 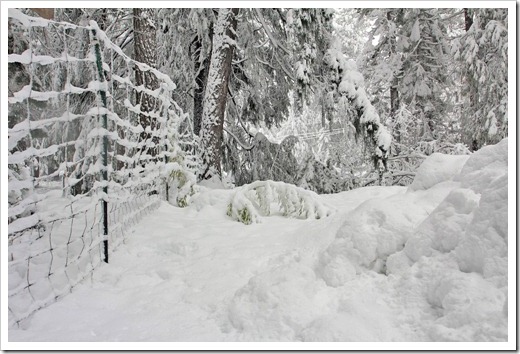