Labor Day weekend was great. Who doesn’t enjoy an extra day off, especially since here in the U.S. we get so few holidays compared to other countries? However, the weekend was also filled with a bit of sadness. On Sunday, I made one final visit to Panama Pottery on 24th Street in Sacramento to say goodbye. 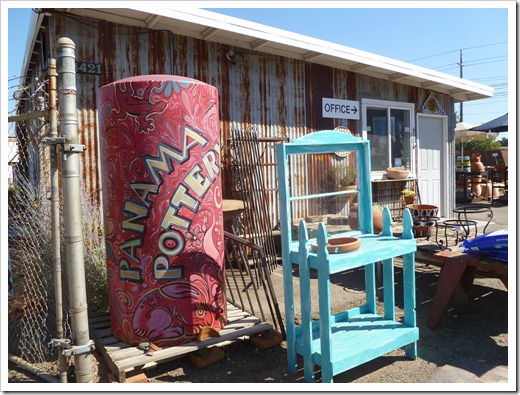 Panama Pottery was established in 1913. It would have celebrated its 100th anniversary next year. I don’t know what caused them to close their doors so shortly before reaching this major milestone, but blame it on the economy. The Sacramento housing market crashed when the real estate bubble burst and has been very slow to recover. 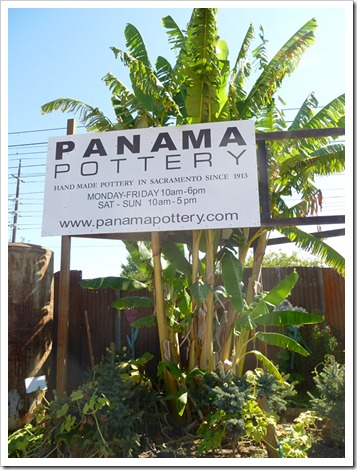 Panama Pottery started out as a factory making clay products, not just flower pots but also storage containers for things like flour and sugar. Pots from their early days are highly sought-after antiques now. In more recent decades, the old factory became home to local clay artists who rented space to work on their creations. 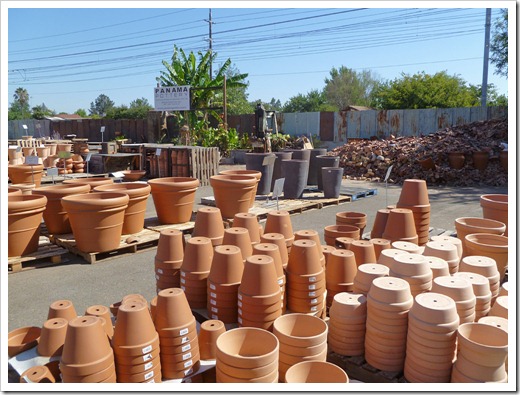 The retail area sold the products made in the factory next door—their terra cotta pots and bowls were fired at a high temperature and therefore were of the highest quality—as well as glazed and unglazed pots from Italy, Mexico and Vietnam. 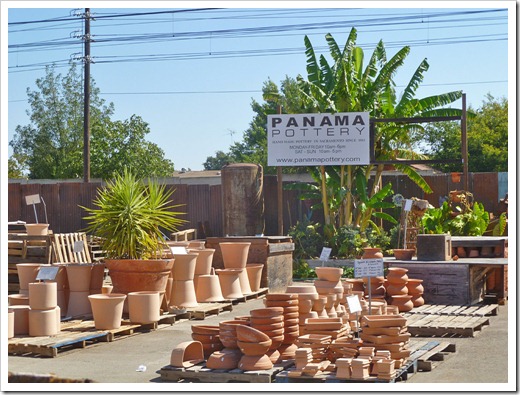 I’ve bought many pots from Panama Pottery over the years, both large and small, and always enjoyed poking around to see what I might find. 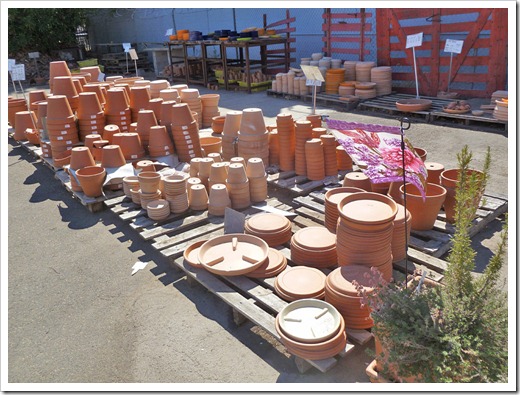 This weekend all the pots left in stock were 50% off. The bulk were unglazed terra cotta pots. There were virtually no glazed pots left. 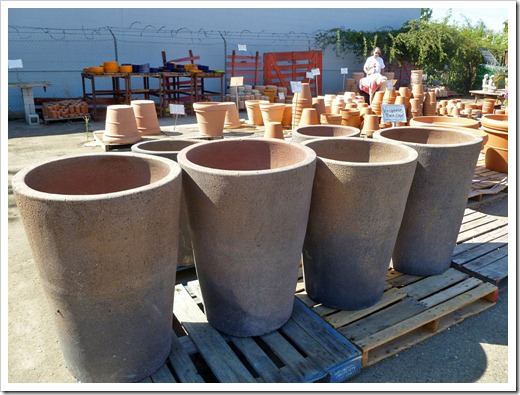 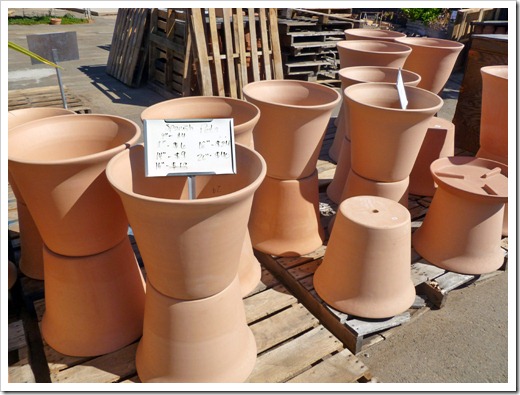 As you can see in the photos above, their regular prices were already quite reasonable. Now take 50% off and you’ve got some great bargains. 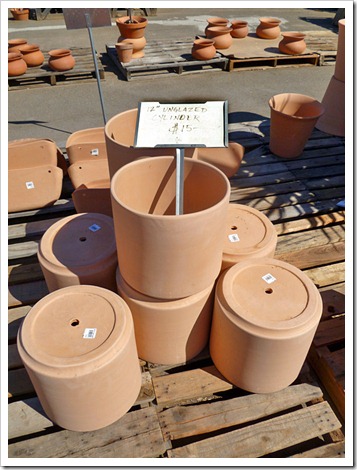 One of my favorite spots on the grounds of Panama Pottery was the giant pile of broken pots in the back corner. It was started in the early days and has been growing ever since. 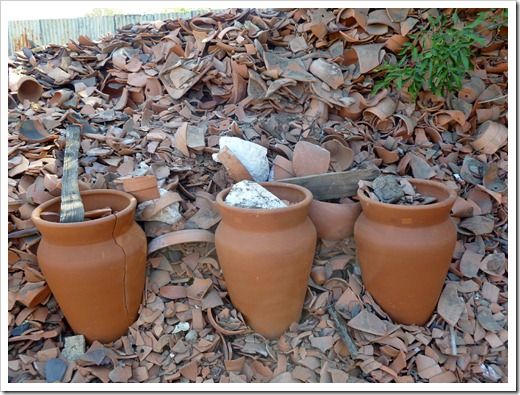 More broken pots as well as old work tables, pieces of machinery, etc. decorate the outer perimeter of the lot. 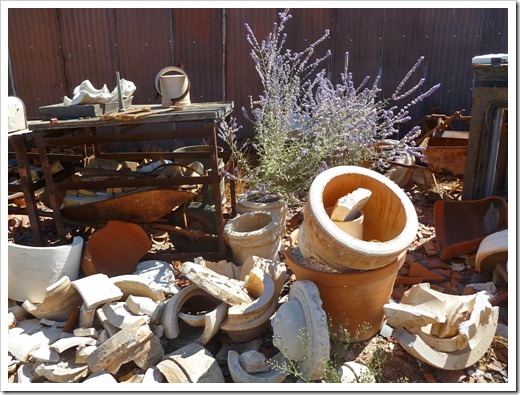 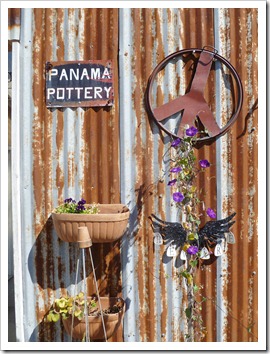 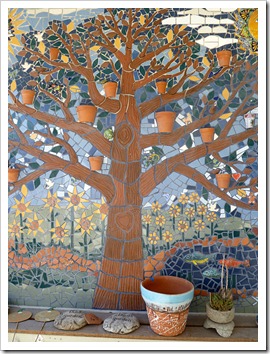 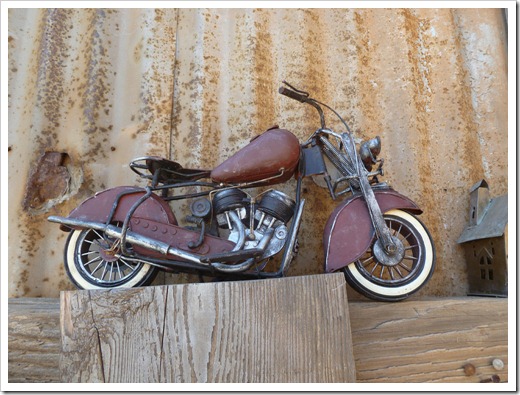 …and in the summer local fruits and vegetables. 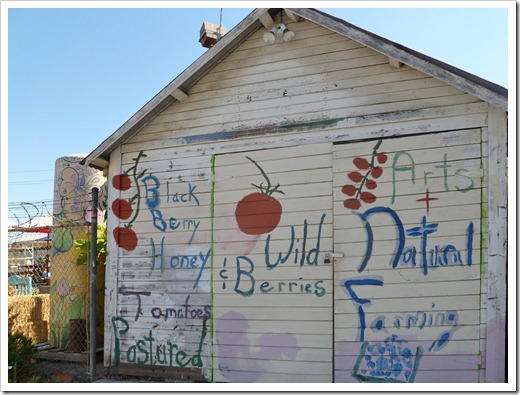 This potted mission olive tree was beautiful and quite a bargain at $60. Unfortunately, I’d brought our compact car, not the van, so I didn’t have room. 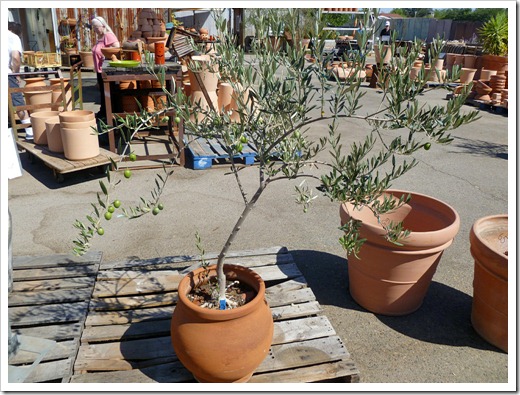 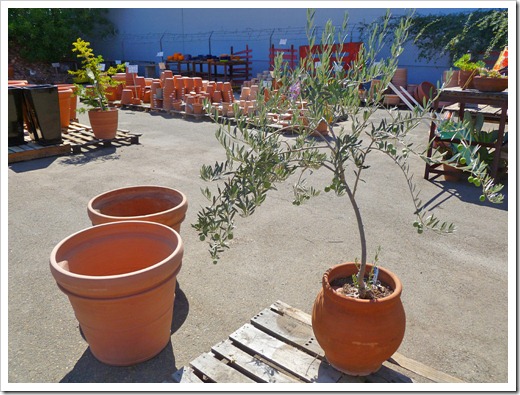 An entire table was filled with potted succulent arrangements. 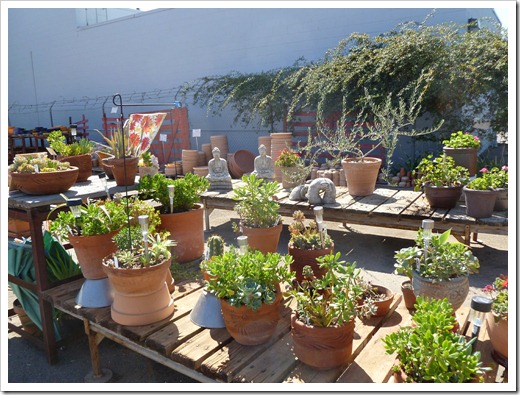 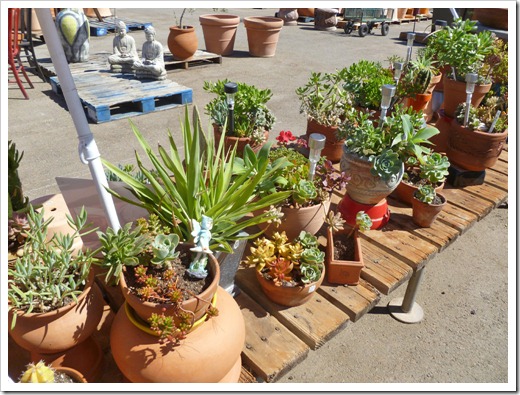 These “potty chairs” would look good in a whimsical garden, especially when planted with a golden barrel cactus as in this photo. 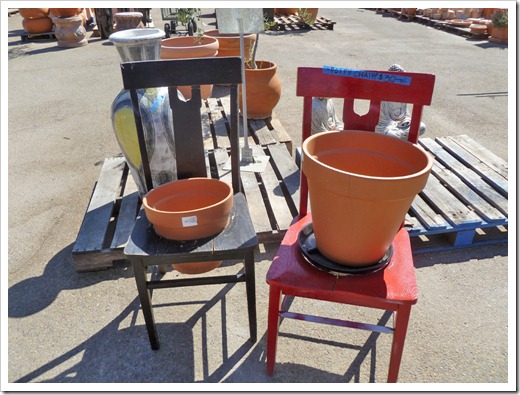 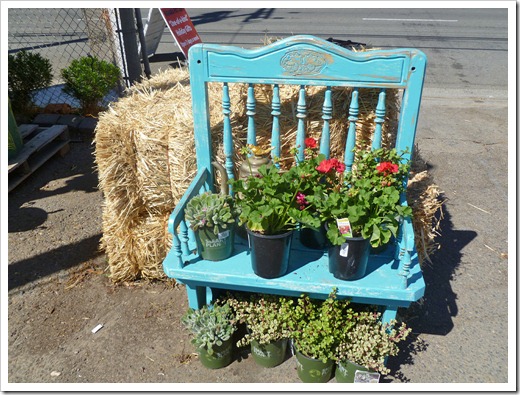 While not my style, I love the texture created by old wood. 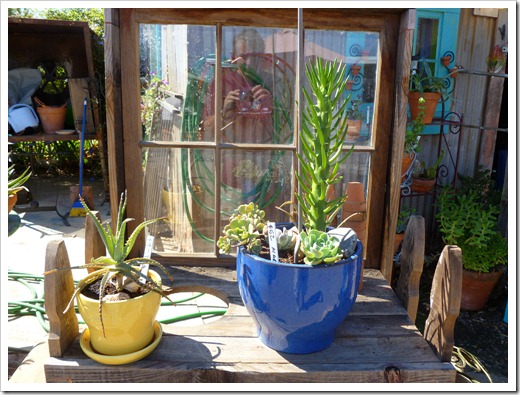 Oddly enough, I thought these frog benches were kind of cool. 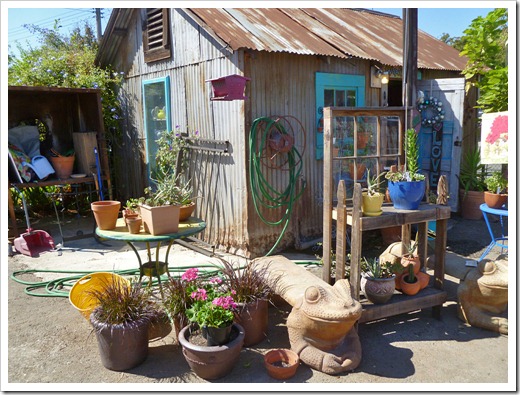 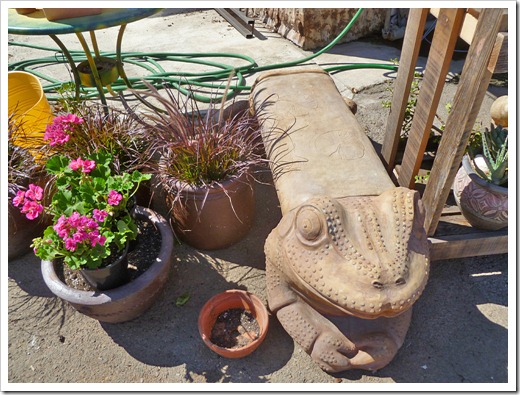 The little cabin you saw in the photo above housed all kinds of decorative items from Mexico, including some nice talavera creations. 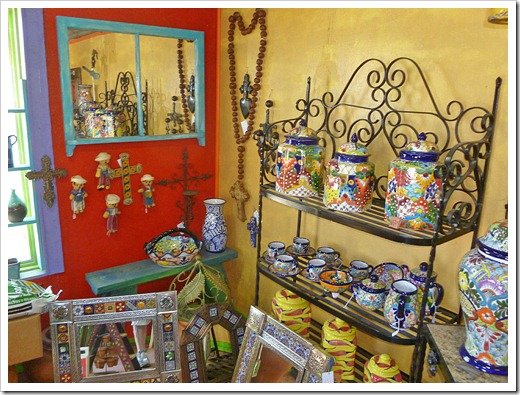 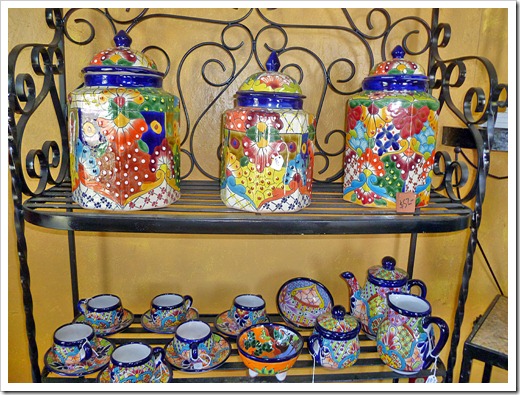 It’s heartbreaking to think that all this is history now. While there are other places to buy pots, none have the eccentric charm of Panama Pottery. Truly, we have lost a local landmark.

Rest in peace, Panama Pottery. You will be sorely missed.