Here’s a little mystery that agave fans might find interesting—and that might put everybody else to sleep (that’s OK, don’t feel bad).

A few years ago, Allen Repashy of Xeric Growers introduced a new agave hybrid that had people drooling. Called ‘Royal Spine’, it was said to be a cross between Agave macroacantha and Agave victorae-reginae ‘Compacta’. It had a colorful story (read it here), which contributed to its mystique. Availability was very limited at first and prices were high, but thanks to tissue culturing, ‘Royal Spine’ is now available more widely through independent nurseries. I just received my very own specimen from Yucca Do and it’s a beauty: 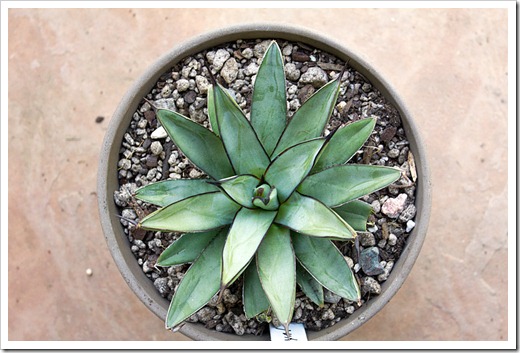 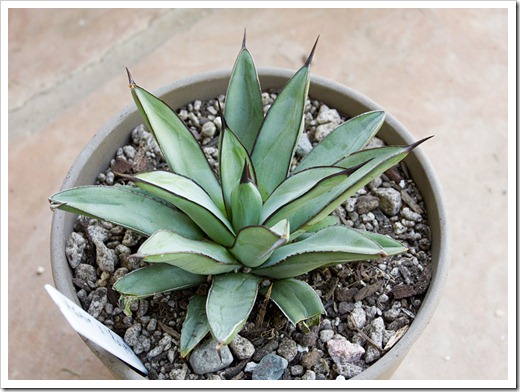 When I received my ‘Royal Spine’, I couldn’t help but notice its similarity to an agave hybrid I bought earlier this year at Green Acres, a Sacramento-area nursery I’ve written about before. Sold as Agave ‘Little Shark’, it is marketed by Proven Winners and was featured by Sunset Magazine as one of “25 plants for a pop culture-inspired garden.” 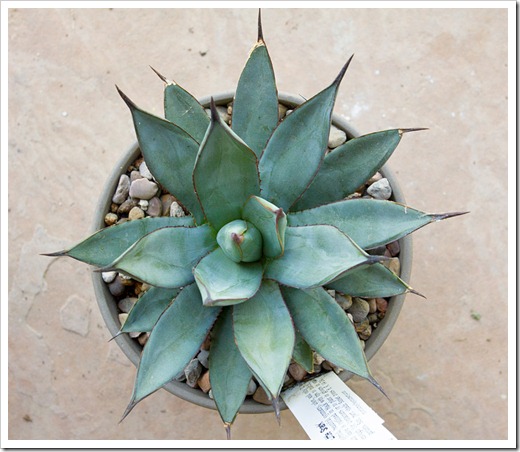 According to Rancho Soledad Nurseries, ‘Little Shark’ is also a cross between Agave macroacantha and Agave victorae-reginae. 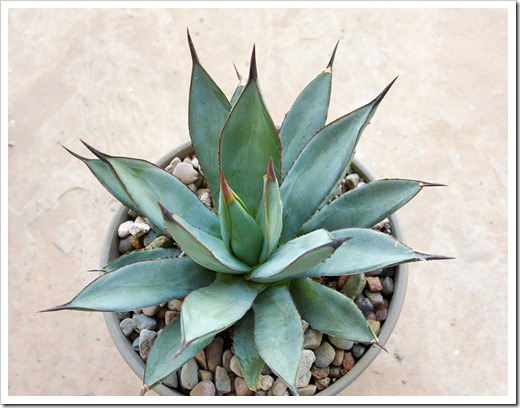 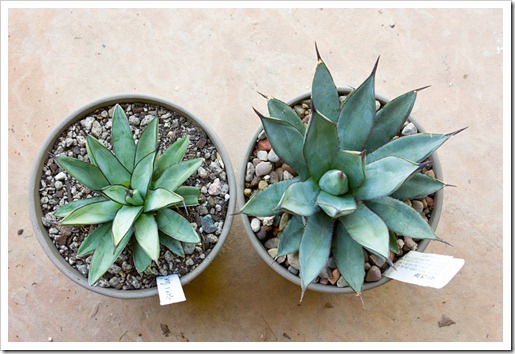 While both hybrids have the same parents, it’s too early for me to tell whether they are essentially identical. Does it really matter, you might ask? Well, to agave aficionados it does, but in the grand scheme of things, well, I don’t think it will move the earth one way or another :-).