No, this post isn’t about a sequel to Inception. Instead it’s about separating three plants growing in the same container: a beaked yucca (Yucca rostrata ‘Sapphire Skies’), the original inhabitant of this clay pot, and two tower of jewels (Echium wildpretii) seedlings. They germinated from seed that had dropped from the tower of jewels that bloomed in our front yard in the spring of 2011. 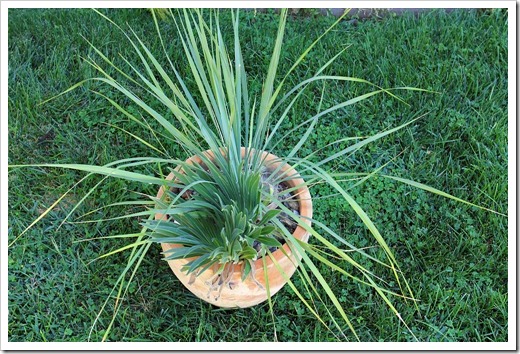 I didn’t want to remove the seedlings while they were small for fear of destroying their tender roots so they’ve been in this container for over a year now. 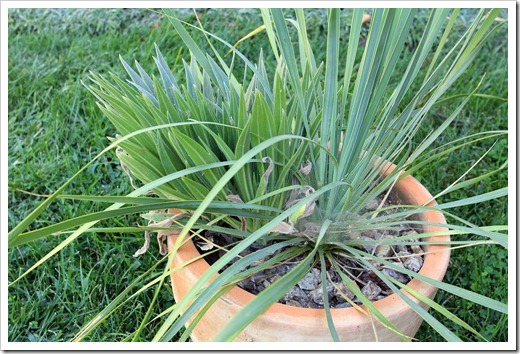 However, this summer they’ve doubled in size and it became obvious that I needed to do something NOW. 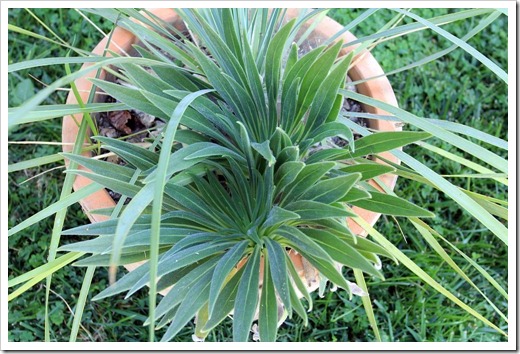 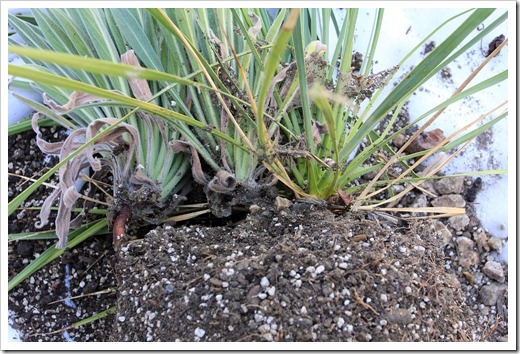 One of the echiums was growing along the edge of the pot and proved easy to separate. 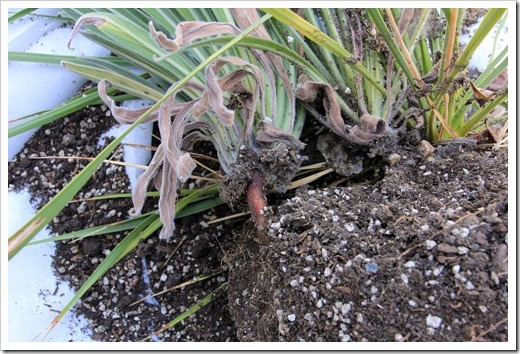 The other one was very close to the base of yucca. In fact, it’s fine feeder roots were inextricably entwined with the yucca and I wasn’t able to save them. 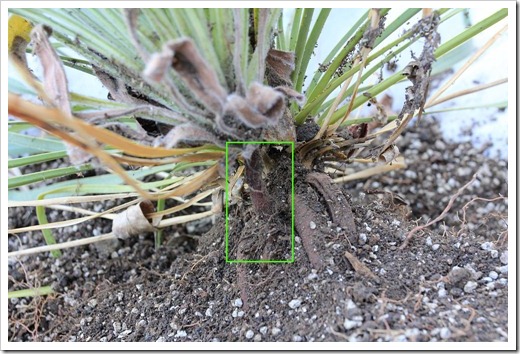 As you can see in the next photo, the smaller echium was left with very few roots after its extrication. The larger one looks better. 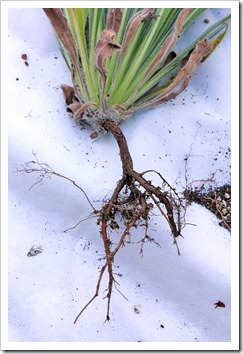 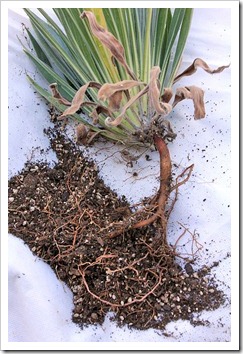 I put them in 6-inch azalea pots and gave them a good watering. Now it’s a matter of keeping my fingers crossed to see if they will survive. I’d love to plant them out into the bed inside the front yard fence so we can enjoy their huge flower stalks next spring. 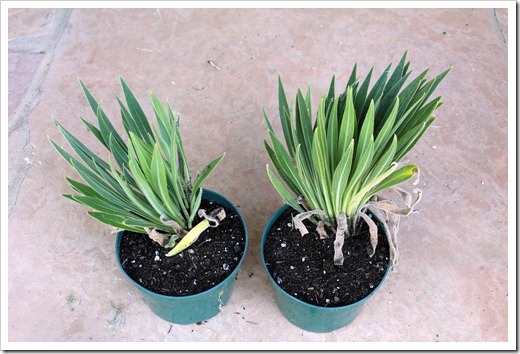 As for the Yucca rostrata, it went back in the same clay pot, surrounded by new soil. 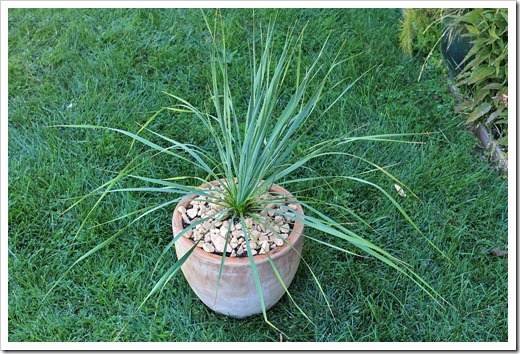 It’s a glacially slow species and I expect it will be another five years before we see the beginnings of a trunk. And then in another ten years it might finally look like this. 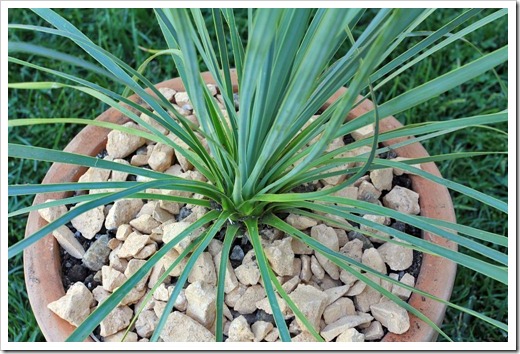