Not your grandma’s cast-iron plant

I’ve always liked the name “cast-iron plant.” It’s perfect for a plant that has the reputation of growing even in dismally dark corners and in general being well nigh indestructible.

Aspidistra elatior has been in cultivation for a very long time, most often as a house plant. In Victorian England it was a parlor main stay and later became a symbol of the middle class. George Orwell of 1984 fame even wrote a novel called Keep the Aspidistra Flying in which the protagonist, after years of espousing the noble virtues of poverty, finally gives up, gets a job, marries a woman he doesn’t really love and resigns himself to a life of mediocrity, symbolized by a cast-iron plant he puts in their new flat.

I remember finding the book quite dull when I read it in college and that’s what my impression of aspidistras has been as well.

Imagine my surprise when I came across this sexy variegated beauty at a local nursery and, after glancing at the label, realized that it was a variegated cast-iron plant! 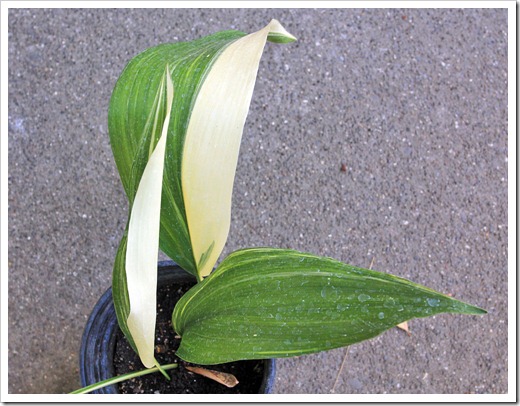 It wasn’t exactly a bargain, but the label promised that it would grow even in the deepest of shade and thrive on neglect. Plus, who can resist such stunning leaves! 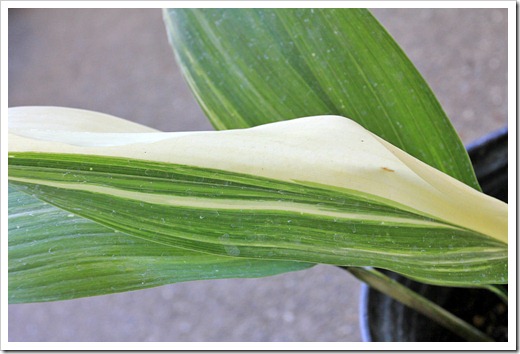 A slow grower, Aspidistra elatior spreads by creeping rhizomes and eventually creates a clump three wide feet and a couple of feet tall. It’s hardy into the single digits (-15°C). 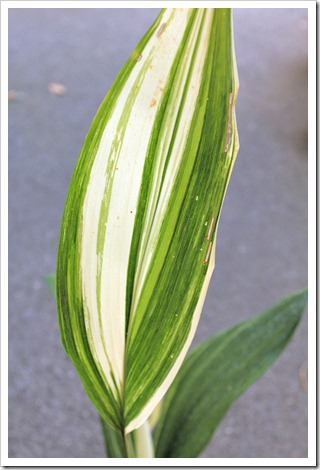 After being out of style for decades, the cast-iron plant seems to be fashionable again. Plant Delights Nursery lists 33 different aspidistras on their web site, including 12 different cultivars of Aspidistra elatior. Could it have become the new hosta without me knowing it? 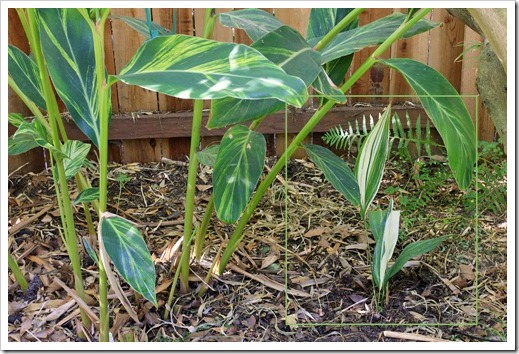 My specimen of Aspidistra elatior ‘Variegata’ is now growing happily (I hope) in the backyard next to a variegated shell ginger (Alpinia zerumbet ‘Variegata’). I’m sure I broke some cardinal rule of garden design by having two variegated plants side by side, but I like it.