It's getting to be aloe time

- December 14, 2017
As much as I dislike winter, it has one bright spot: It's flowering time for many aloes. In our zone 9b climate the peak is usually late January so we still have a few weeks to go before the fireworks go off. However, that doesn't stop me from checking my aloes every day. I enjoy seeing even the smallest amount of progress!

The Aloe cryptopoda next to our driveway started to flower a month ago. It sent up two flower stalks, but unfortunately one of them (on the right in the photo below) got bent over by the nasty winds we had a few weeks ago. 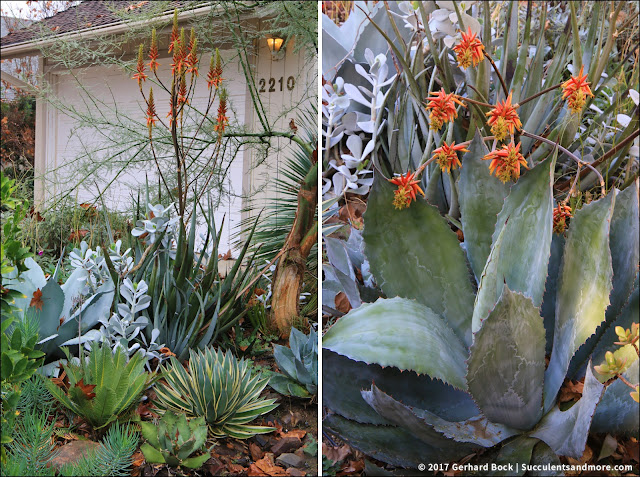 Aloe ferox in the "desert bed" next to the street has put on weight this year, and its inflorescence looks to be bigger as well: 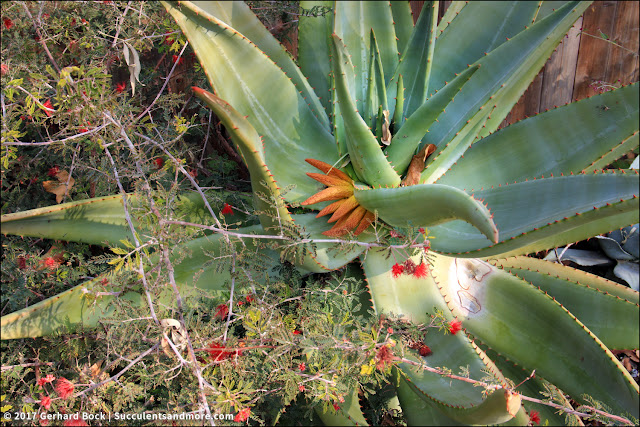 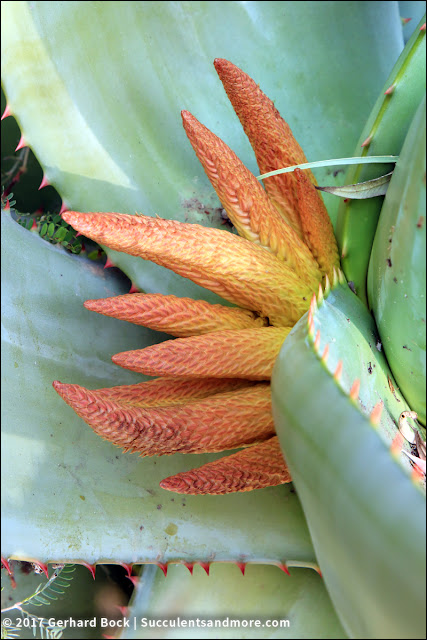 Aloe petricola is working its way up my favorites list. It looked fairly generic as a small plant, but it's developing good stage presence now. 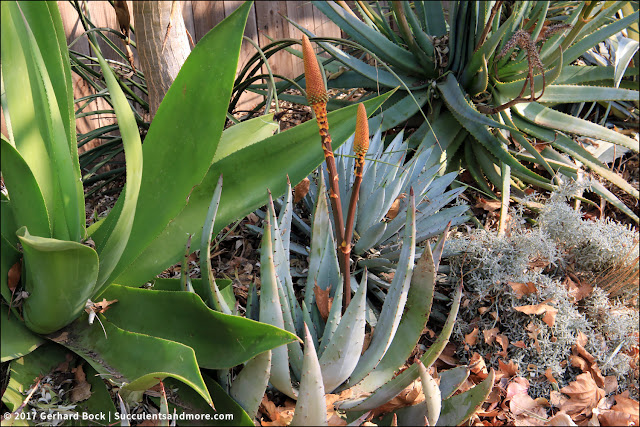 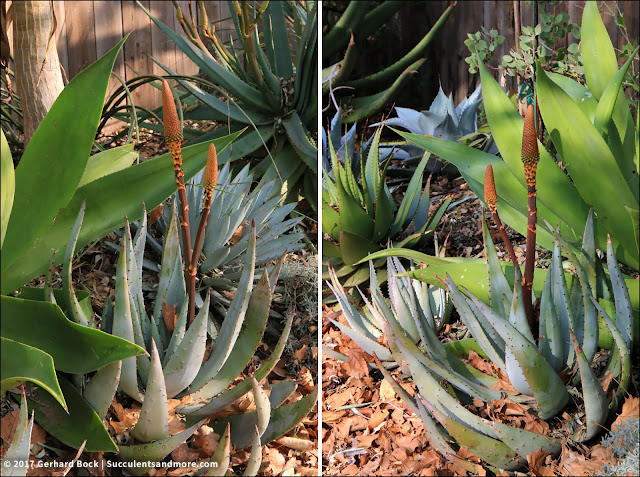 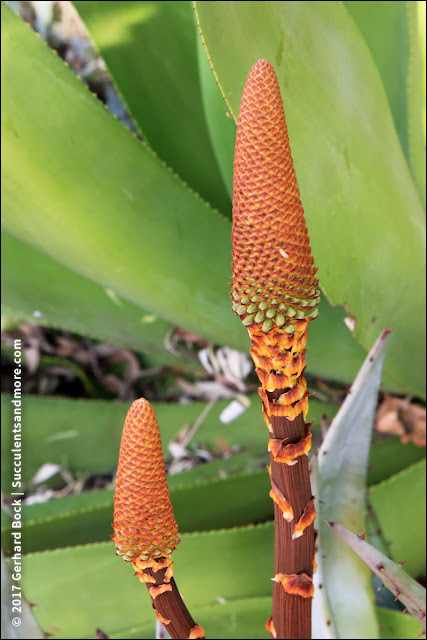 We have three clumps of Aloe 'Moonglow'. All of them are sending up multiple inflorescences. 'Moonglow' is a hybrid created by South African breeder Leo Thamm of Sunbird Aloes. Unfortunately, only a handful of his hybrids are available in the U.S.—'Erik the Red' (see below) is another one of them. 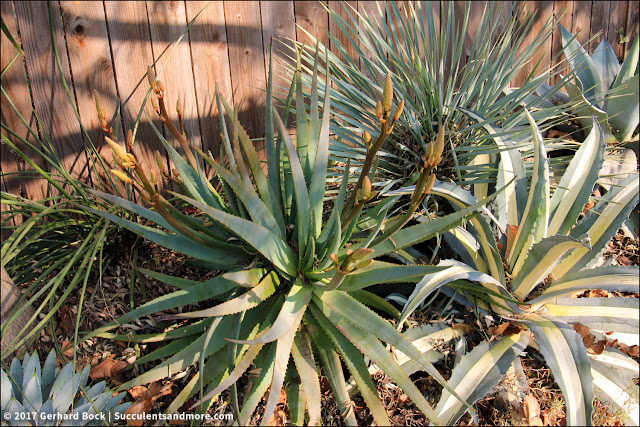 The sand lily (Veltheimia capensis) on the left is beautiful, but the real star here is Aloe capitata var. quartziticola, one of my perennial favorites. With its steely blue leaves often tinged purple and its dark purple teeth it's a standout year round. The unusual flowers are icing on the cake. 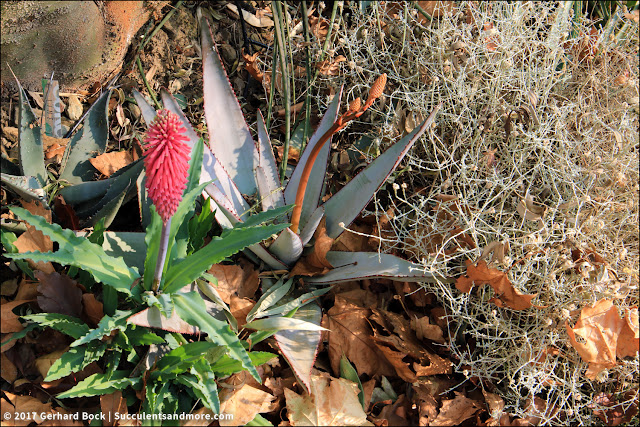 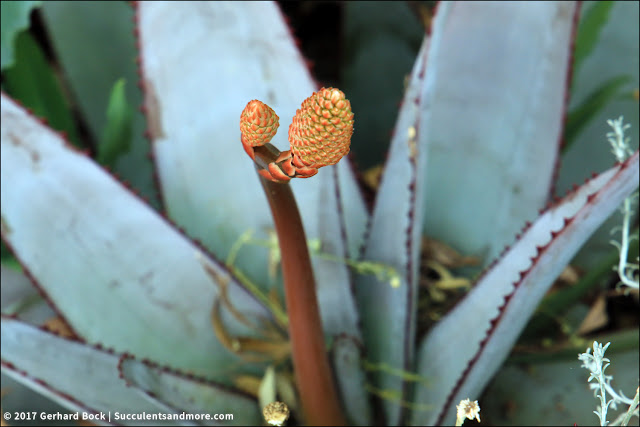 Next up is Aloe 'Erik the Red', another Leo Thamm (Sunbird Aloes) hybrid. It's in my top 5, both for its graceful looks and its blood-red flowers.

Aloe excelsa is a tall single-stemmed aloe similar in looks to Aloe marlothii. Mine is going to bloom for the first time ever: 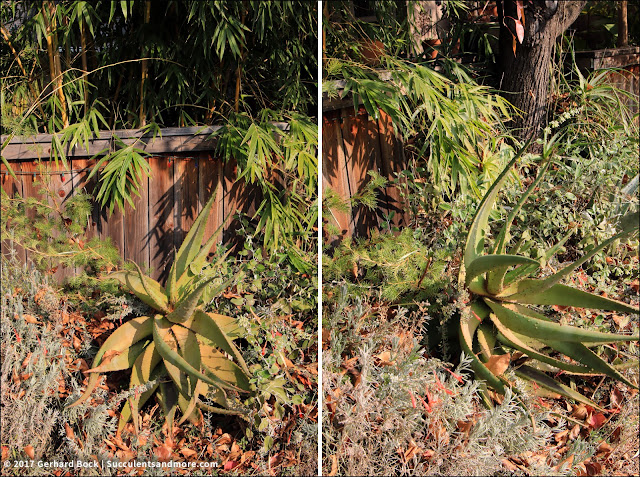 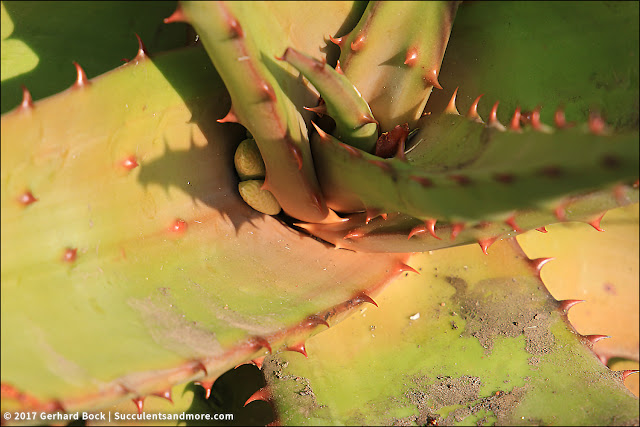 One of the tiniest aloes, Aloe haworthioides, is also getting in on the action: 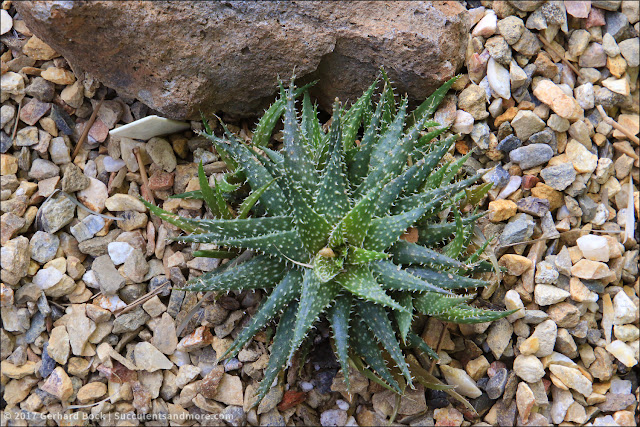 Aloe burgersfortensis, one of the prettiest of the spotted aloes, may be working on a flower stalk as well. It's still too hard to tell whether the two little nubbins in the center are leaves or flowers. 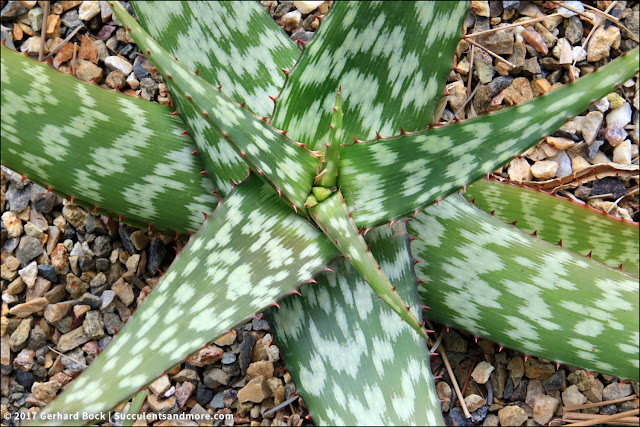 In the backyard, Aloe zubb had taken a bit of a breather but is now back in flowering mode. It blooms a good nine months out of the year. 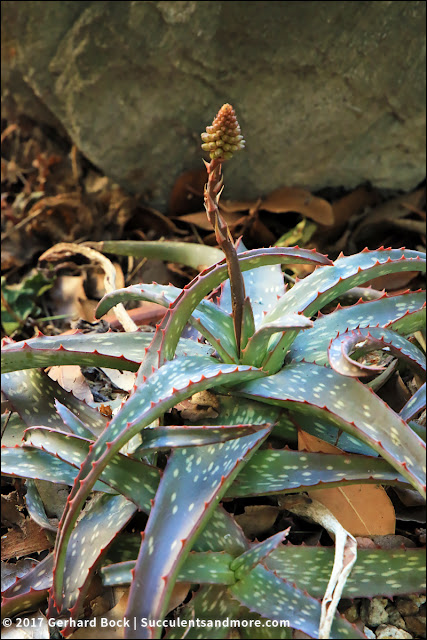 And finally my clump of Aloe cameronii × maculata is flowering away. It gets about 3 hours of direct sun so the leaves are apple green. In the full sun they would have a reddish hue.

I can't wait to see if the Aloe vaombe I bought at Poot's in the spring will flower, too. No sign yet. Maybe it still needs another year or two before it's old enough to bloom. 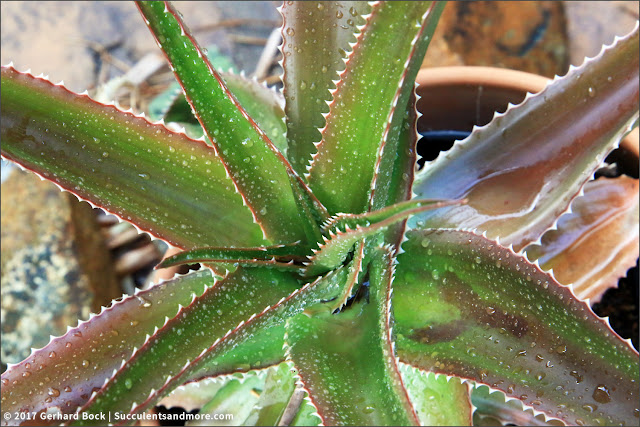