Meanwhile, on the homefront…

From my recent posts, sparse as they have been, you might have gotten the impression that I haven’t been home much. Actually, I have been, but work has been unexpectedly busy, exacerbated by the forced absence of my business partner who has had to take PTO to be with an ailing parent overseas.

Gardening has been sporadic, but I have been taking photos. I’ve even started on a couple of projects in the backyard, relegated to also-ran status in recent years. All that is about to change, as you will see in a separate post later this week.

For now, let’s take a look at the front yard, specifically what used to be the front lawn. This is what you see as you approach from the driveway (literally steps behind the spot from which I took this photo). I don’t think I’ll ever get tired of this view. It’s everything I had hoped for. 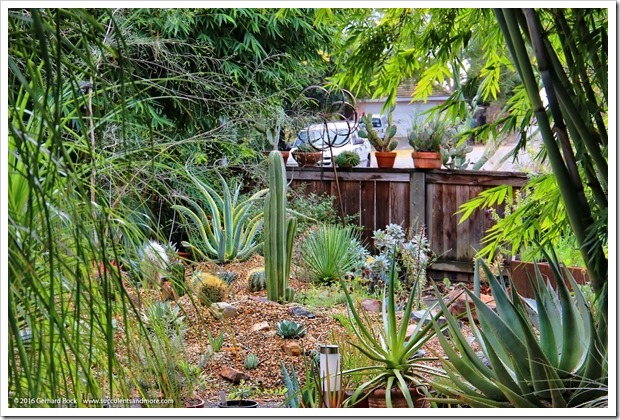 A few close-ups that caught my eye: 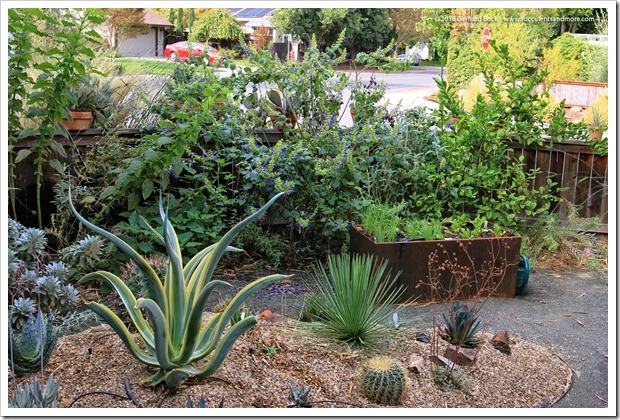 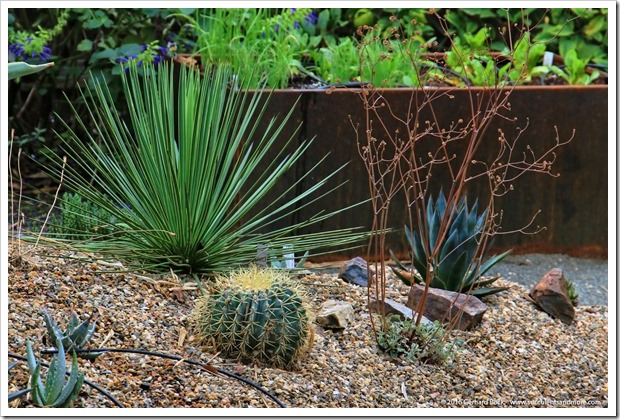 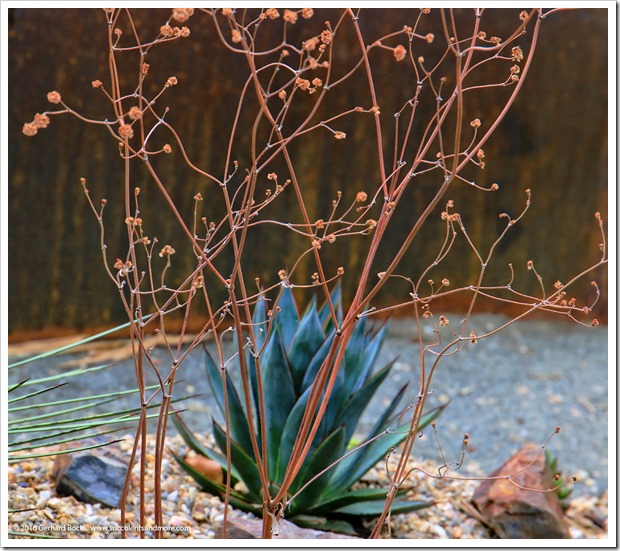 Red buckwheat (Eriogonum grande var. rubescens) may be from the Channel Islands off the Southern California coast, but it looks like it’ll do just fine in our front yard. What you see are the dried inflorescences. The basal rosettes (several now) are still green and actively growing. 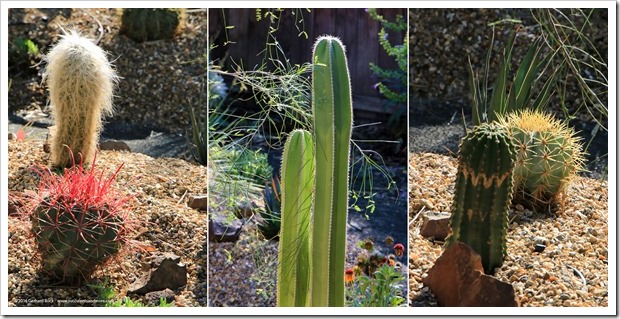 Cactus are best when backlit

Changes are afoot in the front yard as well. The Mexican sage (Salvia mexicana ‘Limelight’) you see on the right in the photo below is just too big and too sprawling. I’ve been wanting to take it out for weeks now, but the flowers are still attracting hummingbirds. So I’ll wait a few more weeks… 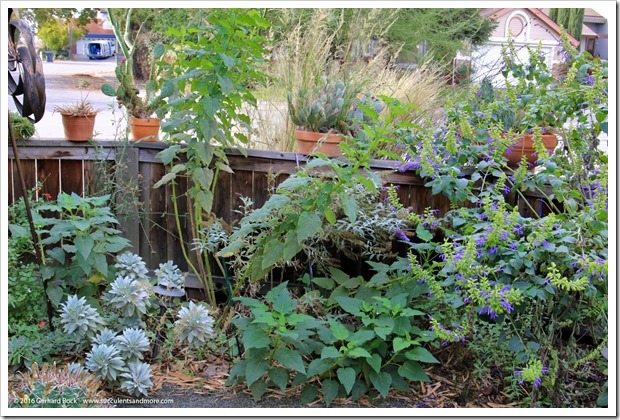 However, I did pull the trigger on the yellow-blooming Salvia madrensis, another sage from south of the border (on the left in the photo above). Being borderline hardy, it would get knocked backed every winter, leaving a gaping hole for six months. In its place is a variegated Leucadendron ‘Jester’ now. It’s small, and not exactly a speed demon, but it will be perfect here over the long run. 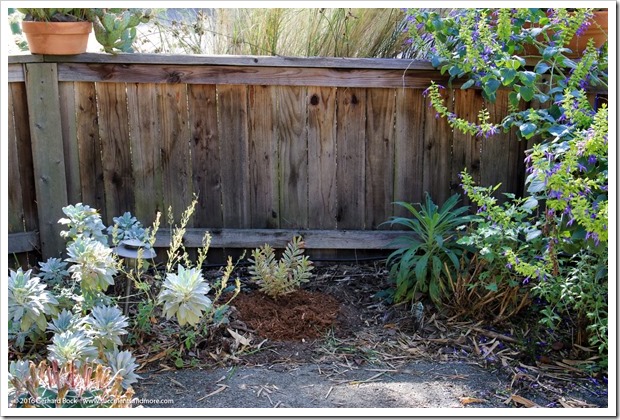 Another big change in the front yard is this Protea cynaroides ‘Mini King’: 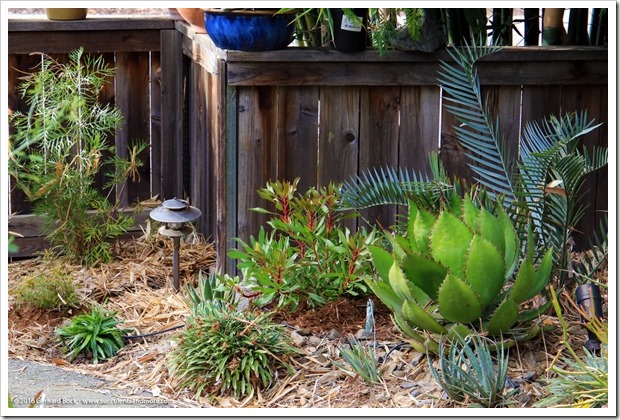 I planted it next to my beloved Agave bovicornuta, and in front of an Encephalartos lehmannii, in a spot previously occupied by a potted Madagascar ocotillo (Alluaudia procera): 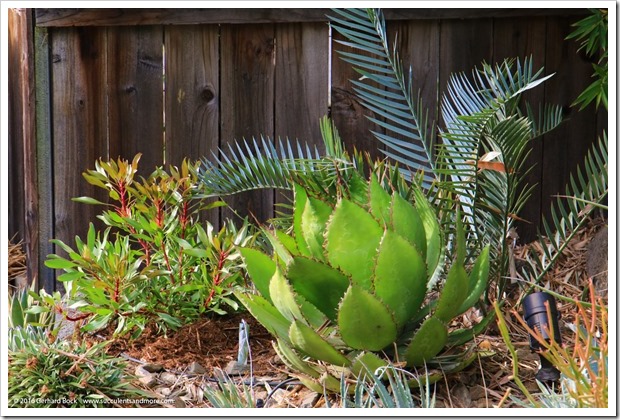 At 2-3 by 2-3 feet, Protea cynaroides ‘Mini King’ is a true dwarf, but with full-sized flowers. Mine has two flowers in their early stages. Click here to see fully developed flowers. 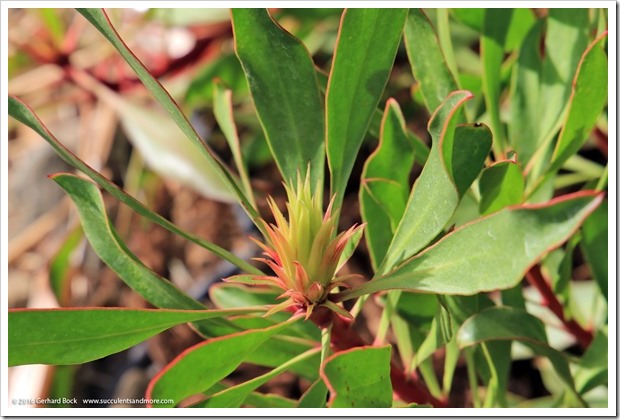 Another new resident of this corner of the front yard is Echium amoenum ‘Red Feathers’. This recently introduced echium from the Caucasus Mountains features attractive red flower spikes. I can’t wait for it to bloom next year. 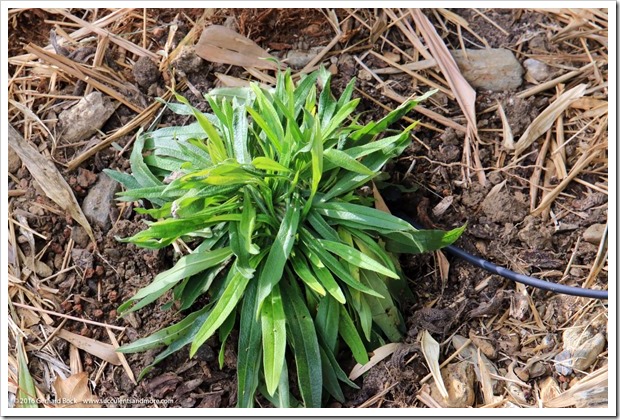 This is where the potted Madagascar ocotillo (Alluaudia procera) is now: 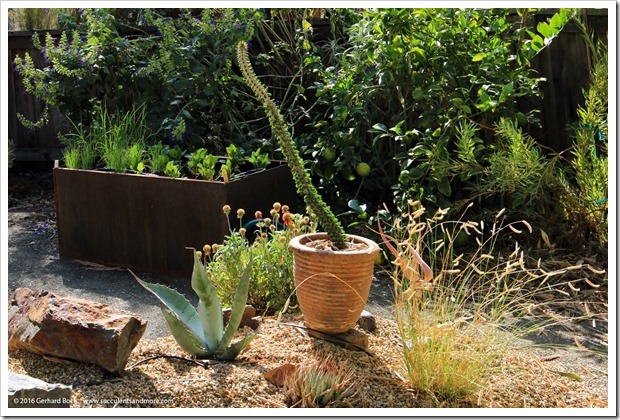 I’ve also began to give the denizens of my front-yard pot ghetto permanent homes. This is one of them, Agave parrasana ‘Fireball’. It’s been on the brink of death several times, but I think I’ve nursed it back enough for it to survive in the ground. Larger specimens are very attractive. 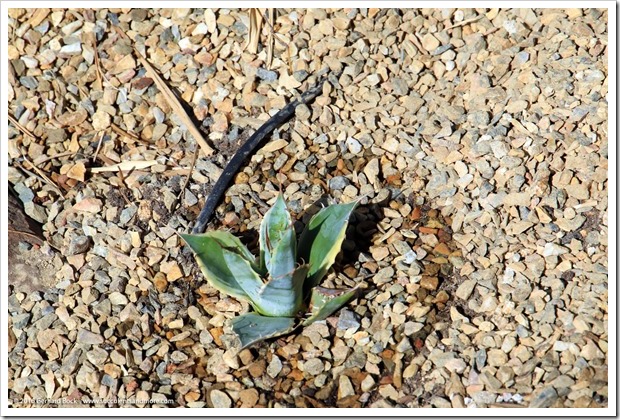 This is what’s still left in the pot ghetto. I have homes for 90% of them. All I need now is some quality gardening time. 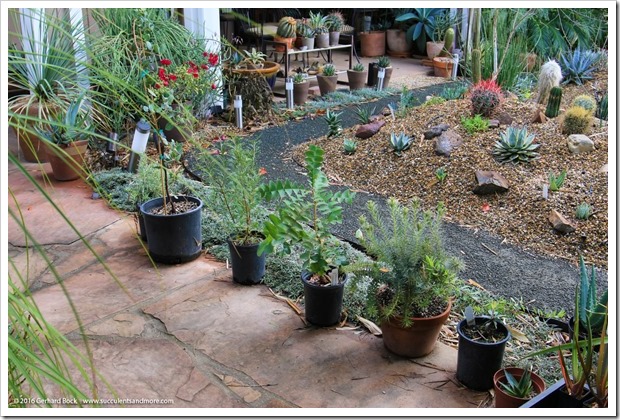 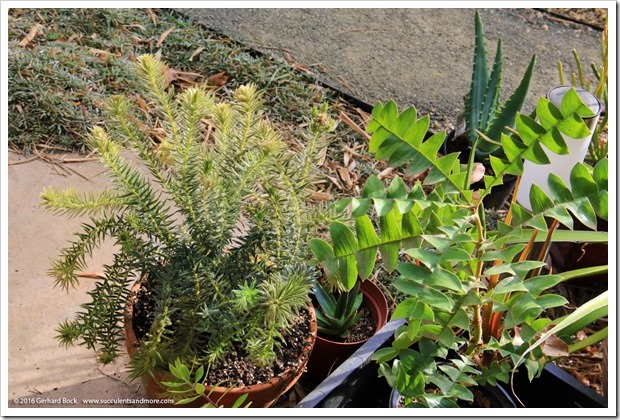 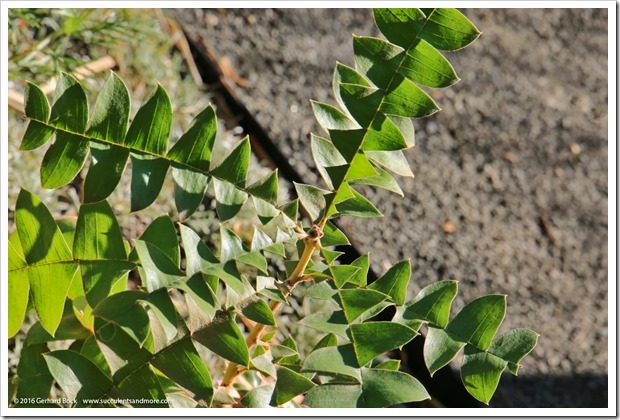 Banksia grandis ‘Compact Coastal Form’, to go in the backyard 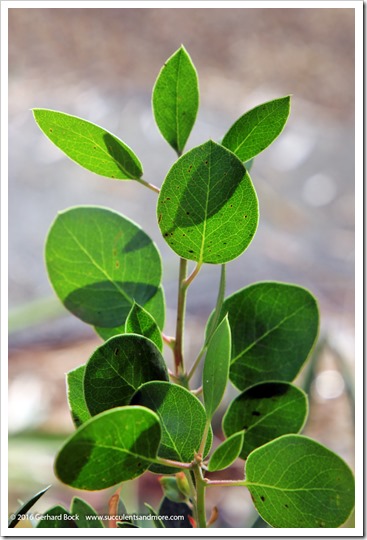 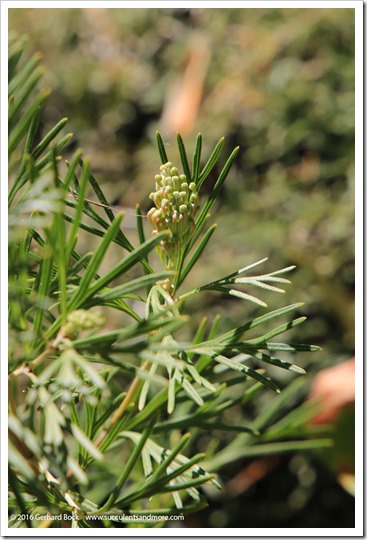 Next post: photo from outside the front yard fence