A little grevillea action to brighten your pre-Thanksgiving weekend

I love fall in Davis. The days are still warm, and many plants come into their own again after slowing down in the summer. Case in point: grevilleas. These Australian shrubs, members of the Proteaceae family, are right at home in California’s Mediterranean climate. As is the case with so many plants (and people!), they’re at their happiest on the coast, but we can grow quite a few of them here in the Sacramento Valley, about 60 miles inland from San Francisco Bay. In fact, the UC Davis Arboretum has a nice collection of Australian natives that thrive here.

Today I want to show you two grevilleas in our own garden that are flowering right now. Grevillea ‘Superb’ has been with us for 4 1/2 years. I bought it in February 2012 at the UC Santa Cruz Arboretum and first planted it in the backyard. Unfortunately it didn’t receive enough sun there so I moved it into the front yard circa 2014. I’m sure it lost a good chunk of its roots in the process—grevilleas don’t like to be transplanted anyway—and it’s taken a long time to get going again. But this year it’s finally turned the corner. And now it’s blooming. 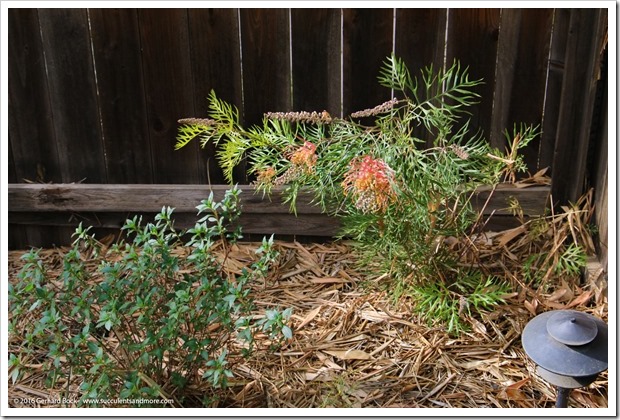 The flowers are quite a sight. Out of all grevilleas, this one may be my favorite. Although I reserve the right to change my mind at any time. 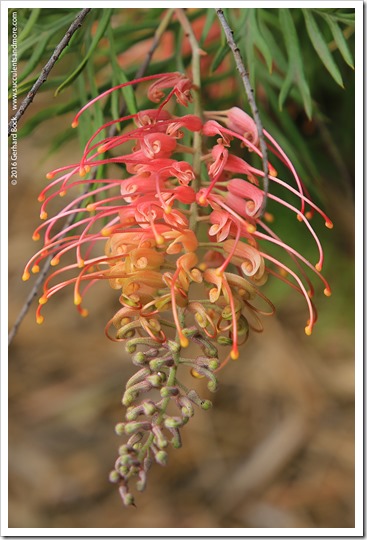 These flowers are something else! 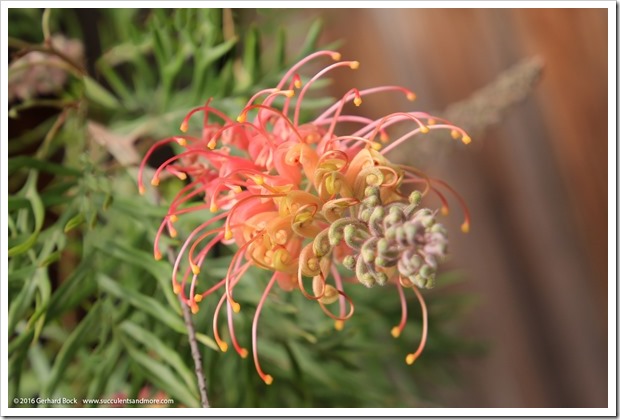 Even in bud they’re pretty to look at. And the foliage is attractive in its own right. A perfect package, really. 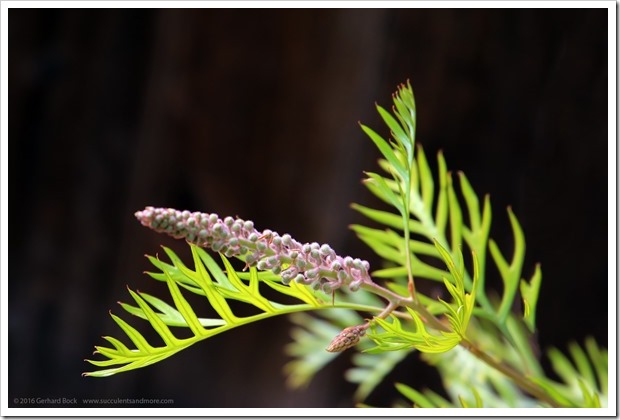 The second grevillea in bloom right now is ‘Flora Mason’. Like ‘Superb’ it’s a hybrid, and while the flowers are quite a bit smaller, up close they’re just as spectacular. 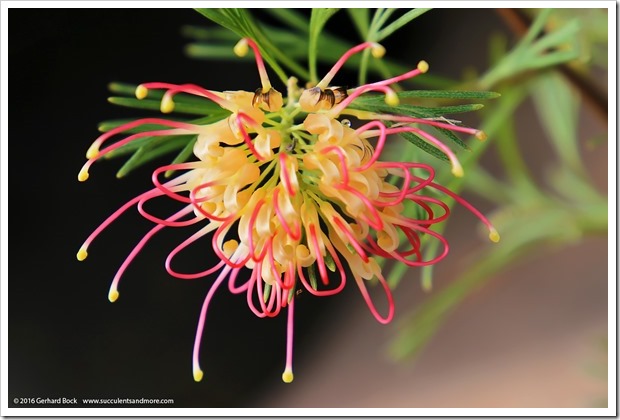 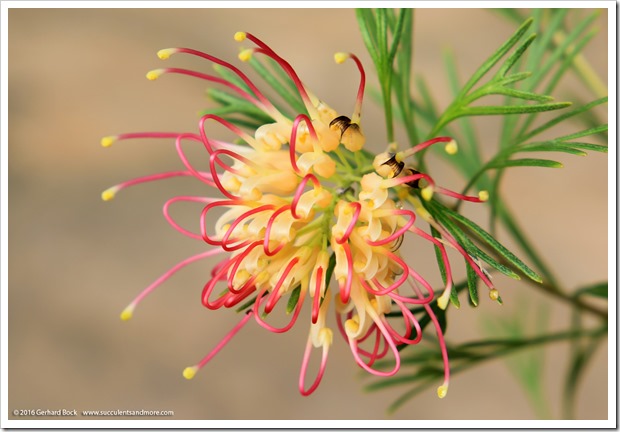 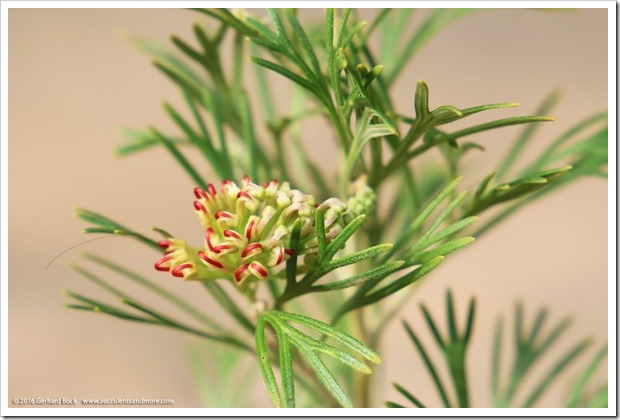 I bought this Grevillea ‘Flora Mason’ from Jo O'Connell, owner of Australian Native Plants Nursery in Ventura County. She’s one of the country’s leading experts on Australian plants and gave a talk at the UC Botanical Garden in Berkeley in July. ‘Flora Mason’ is still in its 1-gallon nursery pot, waiting to be planted in the backyard. 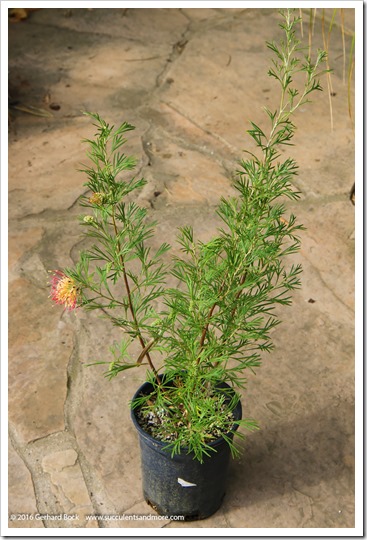 In addition to the two flowers you saw above, there are 20+ buds. That’s amazing on a plant less than two feet in height!

Parentage: hybrid of a white-flowered Grevillea banksii from Queensland and Grevillea bipinnatifida from Western Australia

Parentage: hybrid of Grevillea olivacea and Grevillea preissii, both from Western Australia

Like many proteas, grevilleas need well-draining soil that’s a bit on the acidic side. They hate excessive watering so don’t plant them near a lawn where they get overspray! They are highly sensitive to phosphorus, especially the species from Western Australia, so do not use regular fertilizers. In fact, grevilleas don’t really need to be fertilized but if it makes you feel better, give them a little cottonseed meal once a year.

In Davis, our soil and water is alkaline and some grevilleas are prone to chlorosis under these conditions (the leaves turn yellow). To reduce the alkalinity of the soil, I apply a generous helping of elemental sulfur (looks like lentils) in the late fall just before the rainy season starts. That way the sulfur can gently work its way into the soil and acidify it. Within four to six months, yellow leaves will be green again.