Adding color among the succulents with South African bulbs

I continue to tinker with the succulent mounds that have replaced the front lawn. Most of the planting is done, but I’m waiting for the soil to dry a bit more after last week’s rain before planting out our big golden barrel cactus. It has been in a pot since 2011 and desperately wants to be set loose.

The guest speaker at last night’s meeting of the Sacramento Cactus and Succulent Society (SCSS) was Ernesto Sandoval, the director of the Botanical Conservatory at UC Davis. Ernesto gave a very informative presentation on how to keep succulents happy, both the parts above and below ground, and brought in a nice selection of plants for sale. Even thought I need new plants as much as I need a sharp stick in the eye, I couldn’t help myself. But instead of buying more succulents, I made an unexpected purchase: two Lachenalia aloides and two Lachenalia aloides var. quadricolor.

You don’t know what they are? Welcome to the club. But take a look and you’ll know why I had to have them: 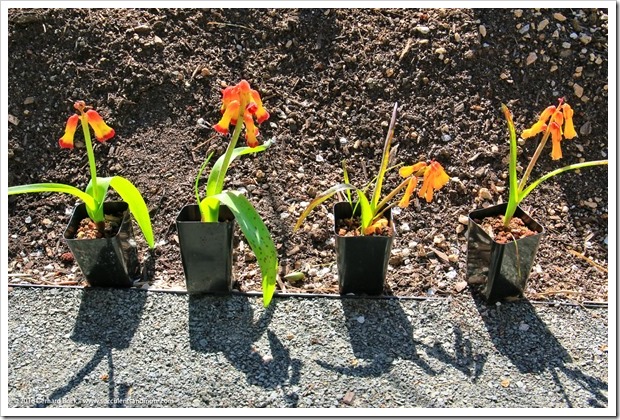 Lachenalia aloides, commonly known as “cape cowslip” or “opal flower,” is a South African bulb in the hyacinth family. It grows in pockets of rich humus on granite and sandstone outcroppings in the Northwest and Southwest Cape. This area receives the bulk of its rainfall in the winter and is dry in the summer, just like California.

Lachenalia aloides grows and flowers in the late fall through spring and goes completely dormant in the summer. The leaves disappear and you see no trace that the plant even exists until it comes back in October or November. To prevent the dormant bulbs from rotting, it’s important to keep them dry during the summer. That’s easy to do with drip irrigation—simply turn off the emitters. Heck, they may not even need emitters! 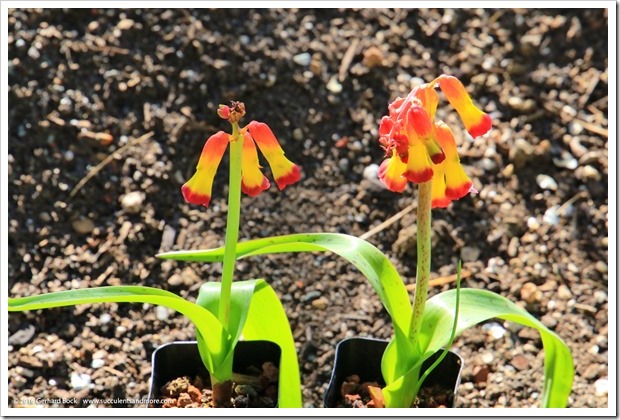 Lachenalia aloides is among the biggest of the 100+ species of Lachenalia but the flower stalks are still only 8-10 inches tall. Over time, the bulbs multiply and you end up with something like this. 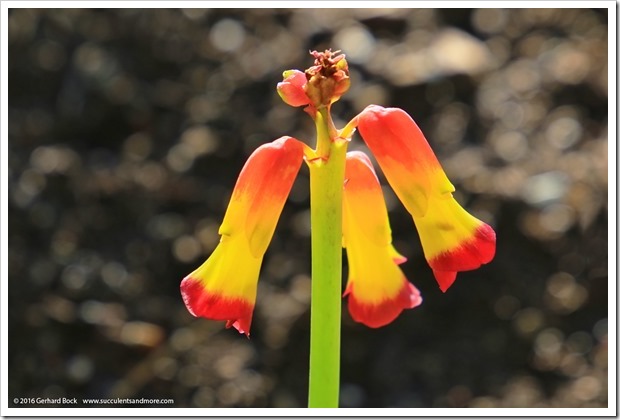 There are multiple varieties of Lachenalia aloides (see the Pacific Bulb Society website), the main differences being flower color and leaf markings. I got two pots of the species (orange-yellow flowers with darker orange areas on the top) and two pots of var. quadricolor. The latter has four-colored flowers and is particularly sought after.

I planted all four in the succulent mounds that have replaced the front lawn. The two Lachenalia aloides var. quadricolor went here: 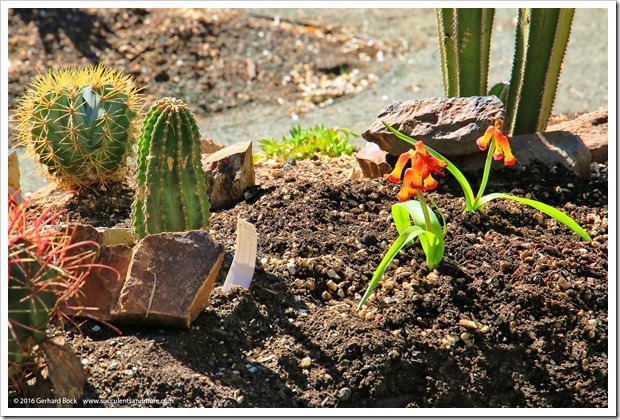 And the two Lachenalia aloides (species) went in the other bed: 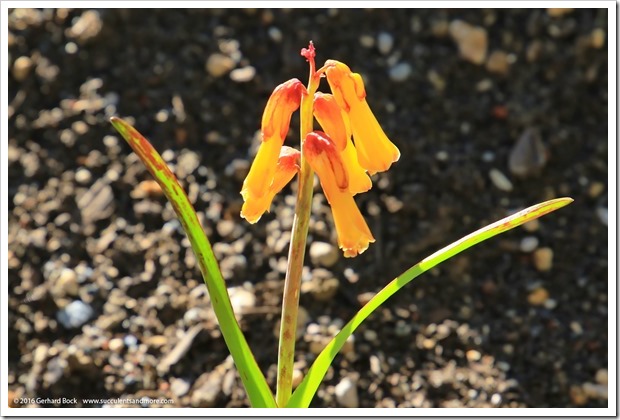 I like the idea of ephemeral flowers, especially in the winter when things tend to be drab. I may add even more South African bulbs to these beds, provided I can find anything interesting.

The name of this Lachenalia species, aloides, means “aloe-like.” I don’t really know why the person who came up with this name was reminded of aloes. It looks nothing like any aloe I’ve ever seen.

Lachenalia aloides is hardy to the mid-20s (zone 9b), possibly a bit lower. I talked to several people at the SCSS meeting last night who grow these outside in the Sacramento area, so I should be fine.