Agave mitis (aka Agave celsii) is native to the east-central Mexican states of Hidalgo, Tamaulipas and San Luis Potosí where it grows on steep cliffs. It typically offsets quite freely and is hardy to the low 20s, possibly lower (zone 8b).

My plant came from the Landscape Cactis and Succulents Nursery at UC Botanical Garden at Berkeley. My records, spotty as they are, show that I bought it as a 3-gallon plant on May 4, 2009 for $25. It’s been in an egg pot on the front porch ever since. In those 6¾  years it has grown tremendously, all in the same pot, but it has not produced a single baby. Maybe because it’s been in a pot all this time? 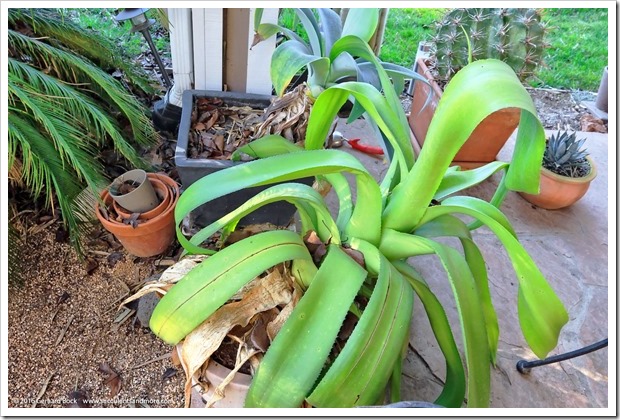 Late last year I noticed it leaning forward precariously. I thought it might be getting ready to bloom and I was just going to let it go. A couple of week ago I took a closer look and to my big surprise the soil in the pot was completely dry—think BONE DRY. Since the pot is right on the edge of the front porch, I had assumed it was getting enough rain to keep the agave hydrated. I guess not. 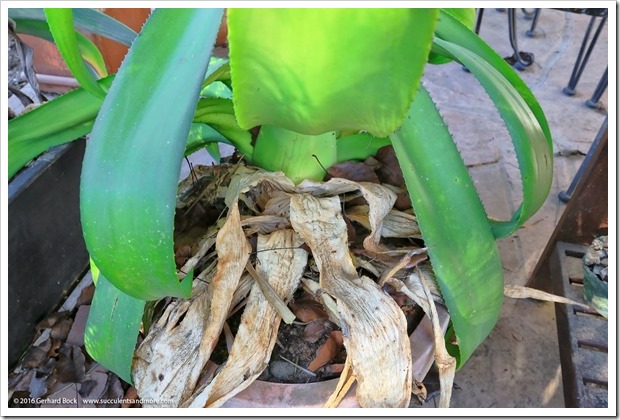 Figuring my Agave mitis would be happier in the ground that in a pot, I yanked the root ball out of the egg pot. At first it wouldn’t budge, but the soil (at least a third of which was pumice) finally shook loose and I got the plant out. Here is the root ball leaning against the (underused) display table next to the front porch: Considering how overplanted everything is, I had a hard time finding a spot for this Agave mitis. But fear not, I did find one next to the Aloidendron ‘Hercules’ in the front yard desert bed. 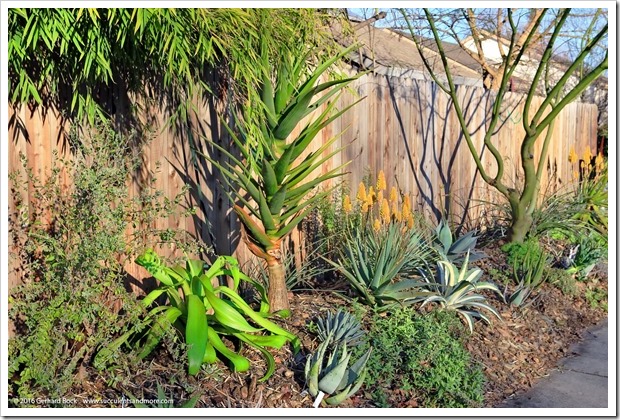 It looks a bit like an apple-green rag doll but I’m hoping it will re-root quickly and get established. 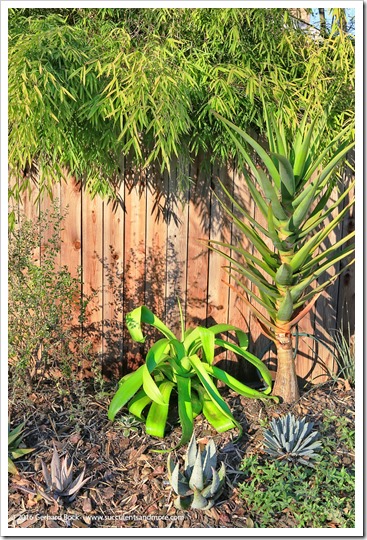 And if it is indeed in the initial stages of flower, so be it. 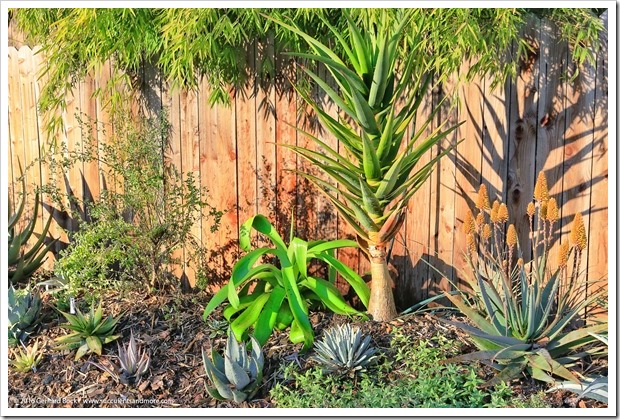 P.S. My Agave mitis really is that apple green. Some are a more muted green, and some are a ghostly white (variety albidior).