Admittedly, this is not the best time of year to get new plants. It is, after all, still winter—even here in California. But for reasons that are no doubt part physiological and part psychological I tend to go stir-crazy in late January/early February, wanting nothing more than to work in the garden.

What usually helps tide me over is getting a few new plants. And that’s exactly what I’ve been doing over the last few weeks—all without leaving the house. What did we ever do before the Internet? 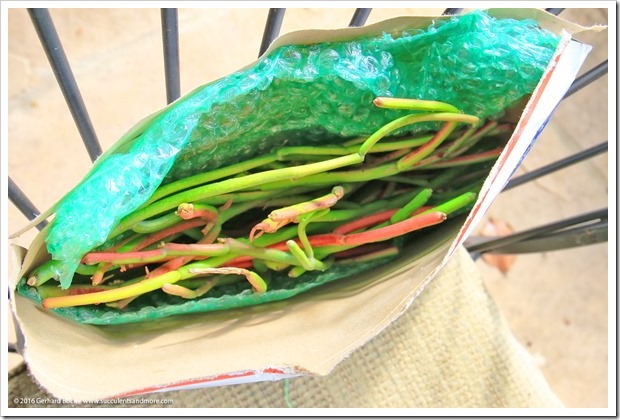 The thrills of opening a package with plants inside

My first new acquisition is Euphorbia tirucalli ‘Sticks on Fire’. Actually, it’s a bunch of cuttings I got from somebody in Southern California who was trimming the plant in their yard. Euphorbia tirucalli is not hardy here in Davis so it’ll live in a pot (maybe a red one). I do love the way it colors up in the sun. 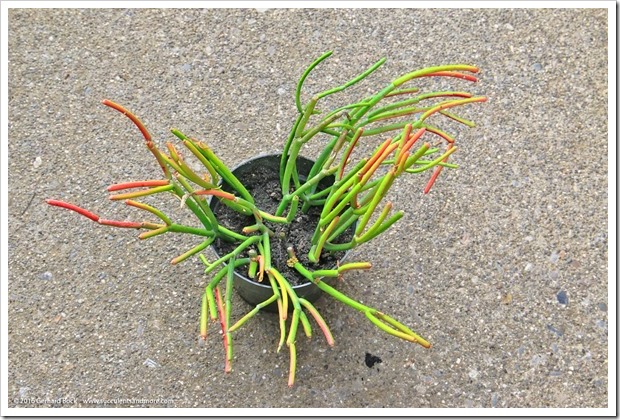 The next group of three were plants I won in the raffle at the January meeting of the Sacramento Cactus & Succulent Society. 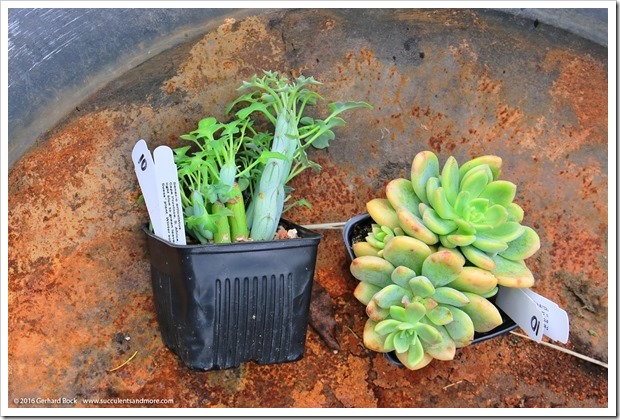 LEFT: Candle plant (Senecio articulatus)  RIGHT: ×Pachyveria cultivar (intergeneric hybrid between a Pachyphytum and Echeveria, not sure which and the label didn’t provide any info) 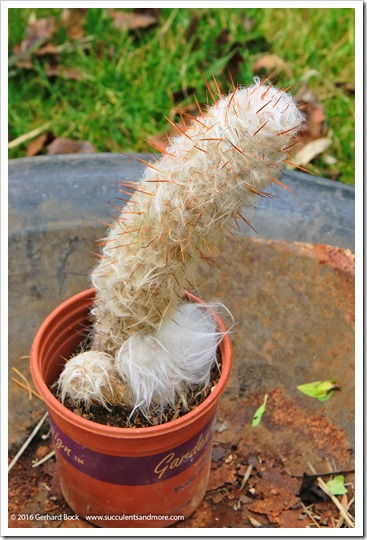 I also ordered four plants from Arid Lands in Tucson, AZ. As with all mail-order plants from Arid Lands, they arrived bare root, i.e. without soil. I stuck them in small pots filled with succulent mix and placed on a heat mat to encourage the formation of new roots.(I turn the heat mat and light on in the morning and off at night.) 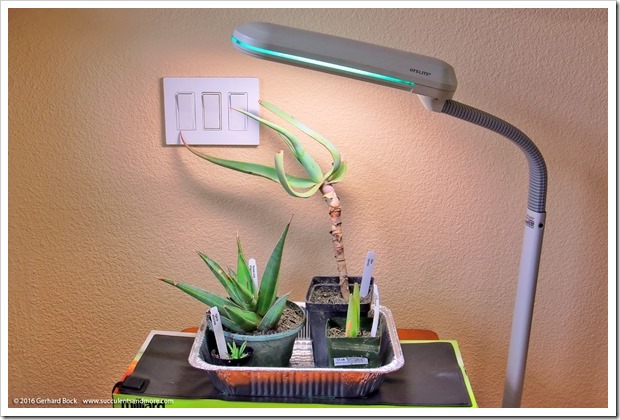 Aloe dhufarensis is a striking aloe from the Saudi Arabian peninsula (not from Africa, like most aloes). It forms a rosette of very pale leaves up to 24 inches across. I first saw it at the Desert Botanical Garden in Phoenix, AZ and have been looking for it ever since. According to reports, it can take temperatures as low as 20°F, which makes it one of the hardier aloes out there. 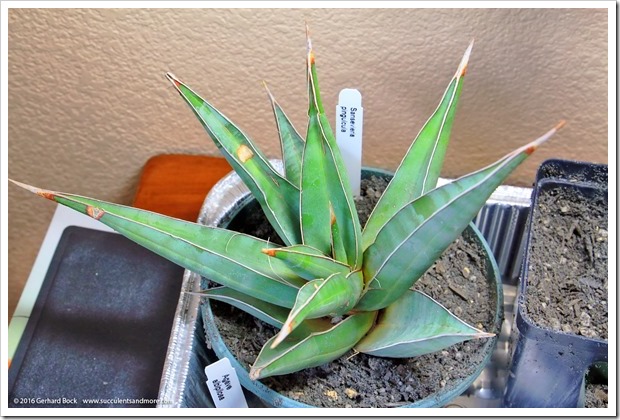 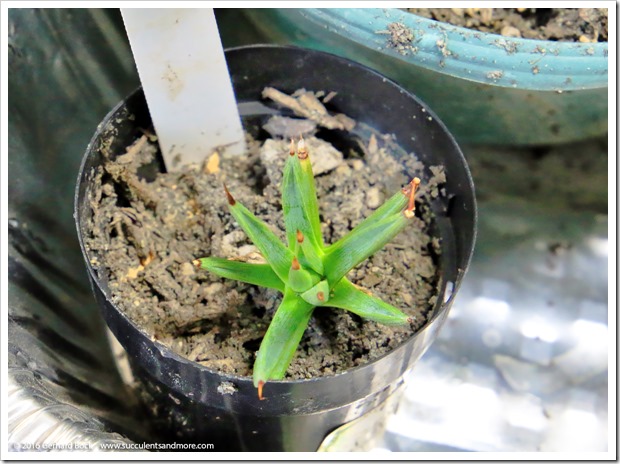 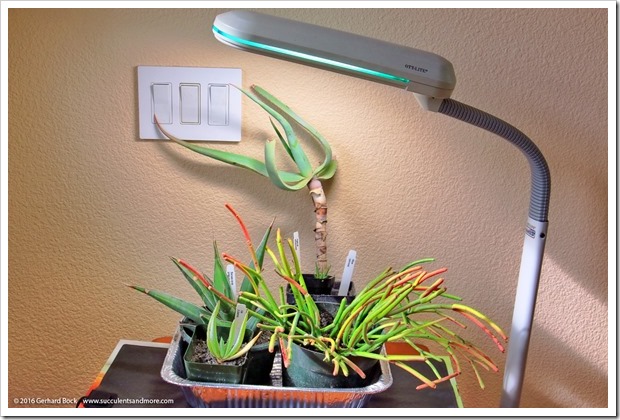 Have you bought any plants yet this year?