Aloes and acacias: another few weeks of patience

This winter has been strange. Maybe because after four years of drought it’s marked a return to the “old days,” or a semblance thereof? We only had one night below freezing and certainly more rain than we’ve been used to lately (7.77 inches since November 1, 2015) At the same time it hasn’t been unseasonably warm like in recent years. As a result, the two groups of flowering “a” plants I keep an eye on at this time of year—aloes and acacias—are lagging behind a few weeks. Or maybe they’re right where they should be in a “normal” year? I must admit I keep forgetting what “normal” is.

Anyway, I did a quick check on the aloes and acacias on the University of California Davis campus this past weekend, and this is what I found. 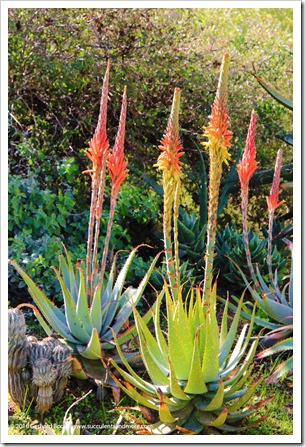 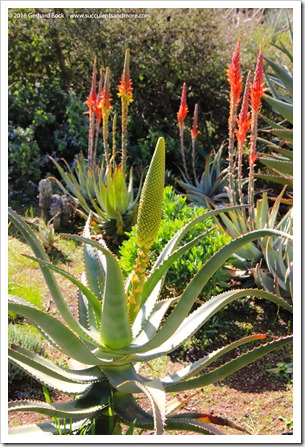 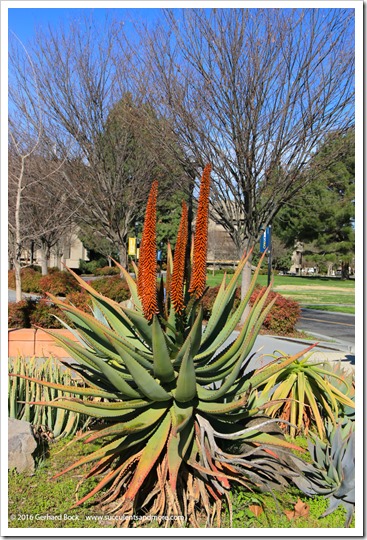 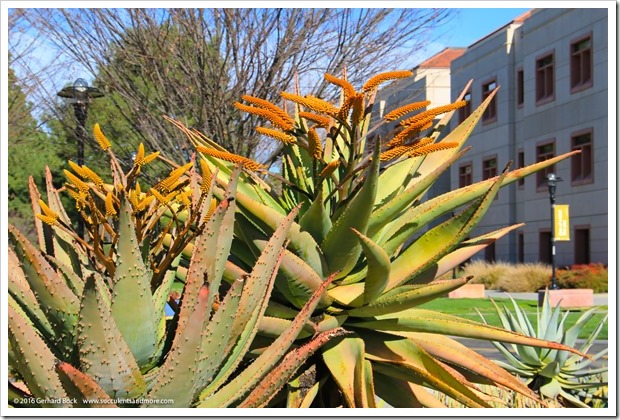 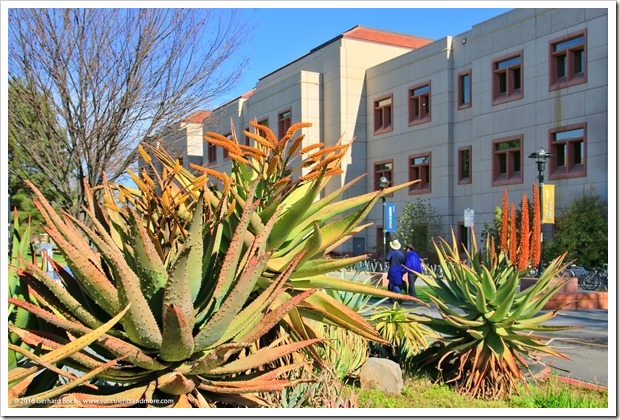 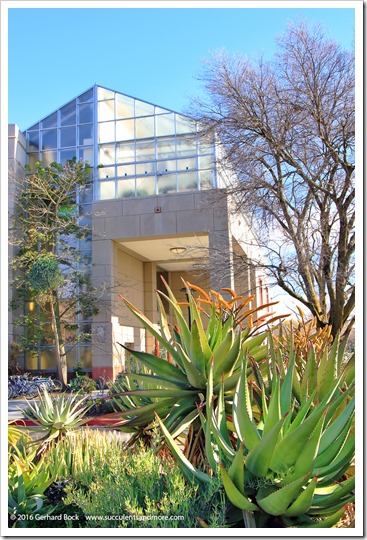 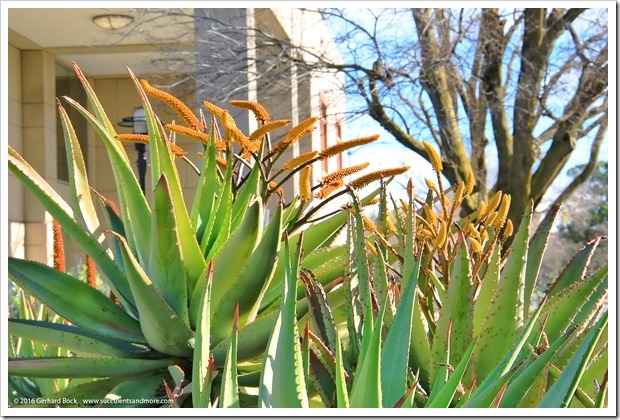 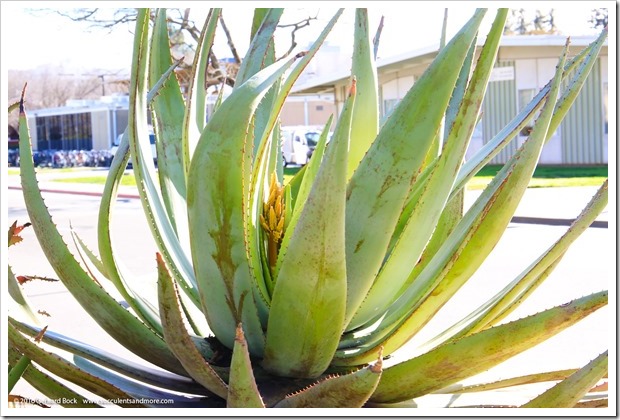 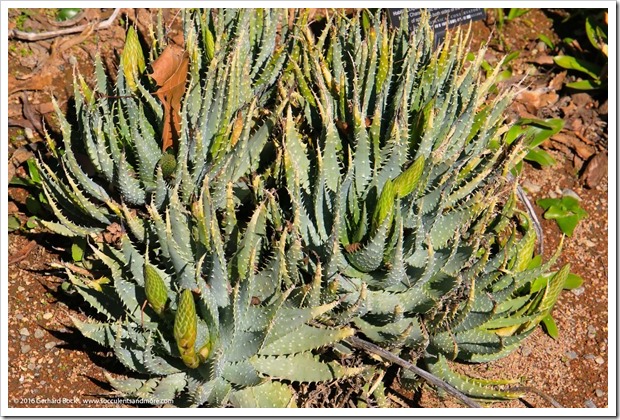 Two years ago, all of these aloes were in full bloom in early February.

The next photo is proof that this year winter (or what passes for winter around here) is sticking around a little longer. 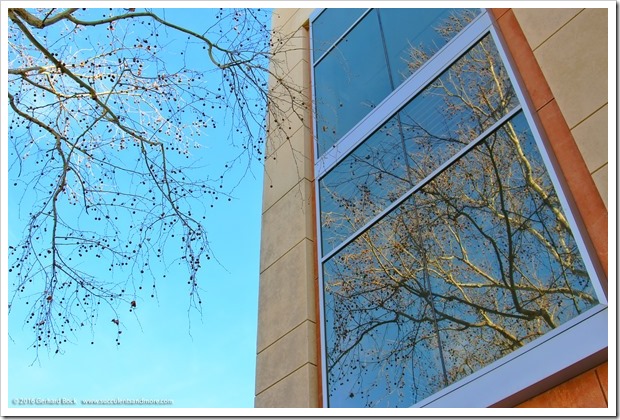 Moving on to the Eric E. Conn Acacia Grove in the UC Davis Arboretum. Many trees are loaded with buds but all of them are still at least two weeks away from a good show. It all depends on how much sun we get. Today it was sunny but fairly cold (high of 57°F). However, for early next week Intellicast is forecasting daytime highs in the low 70s. That should help.

I’ll check back towards the middle of February. 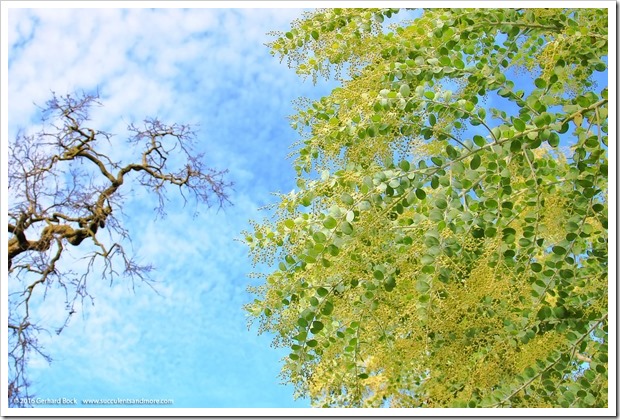 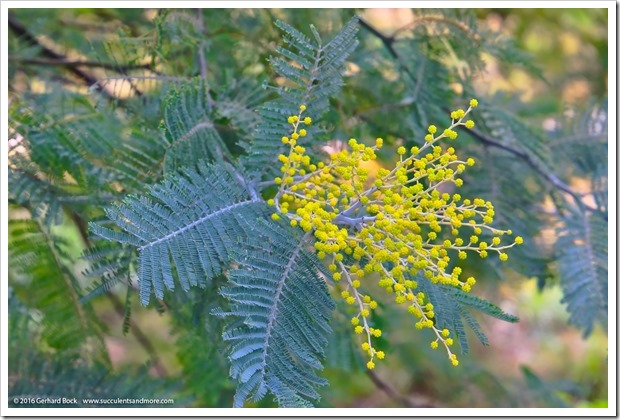