’Tis the season: aloes about to bloom in my garden

Leaves are falling from the trees and many plants are getting ready for a long winter’s nap. Many aloes, on the other hand, are doing the opposite: They’re gearing up to bloom. Here’s a quick look at the aloes in my garden that are sending up flower spikes. 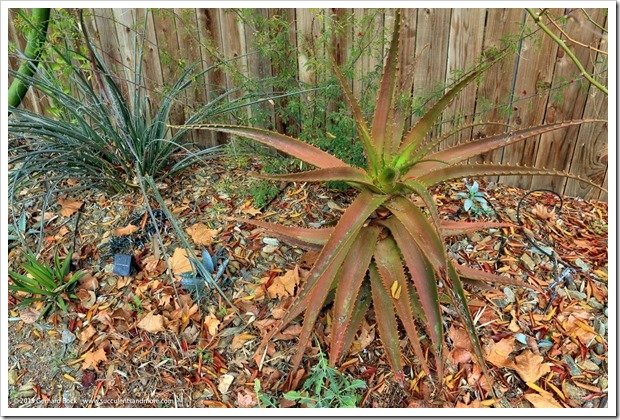 Aloe ‘Erik the Red’. This is a complex hybrid from South African breeder Leo Thamm (Sunbird Aloes). A month ago the leaves were mostly green; the recent cold has really brought out the red. 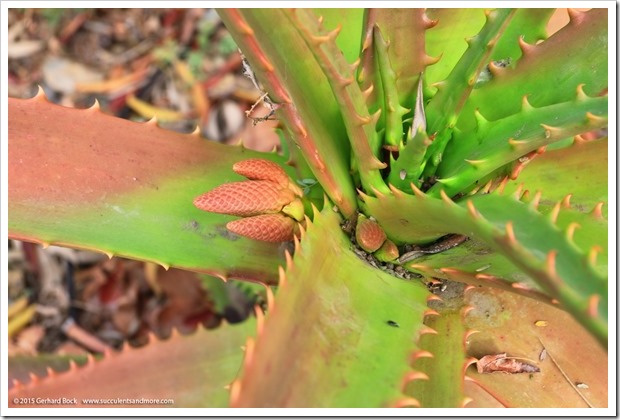 My best-performing Sunbird aloe is ‘Moonglow’. My friend Sue and I split the content of a 5-gallon pot from Home Depot a couple of years ago. I ended up with three plants, and I think she has two. My three have grown significantly, and one now has pups of its own. 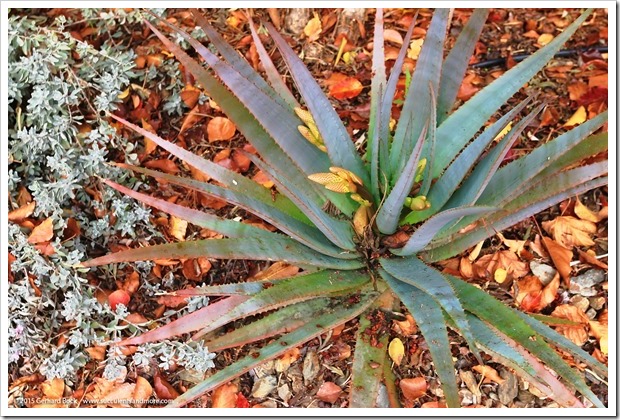 Aloe ‘Moonglow’. See the mess on the leaves? Those are the nasty fruits from the Bradford pear tree behind it. It’s a city tree so we can’t cut it down, which I would otherwise do in a heartbeat. I hate everything about it. 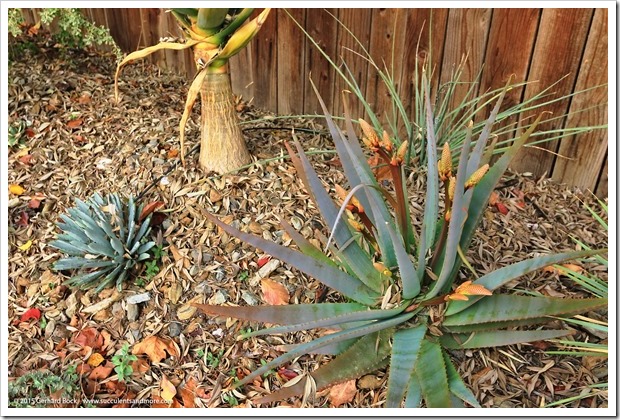 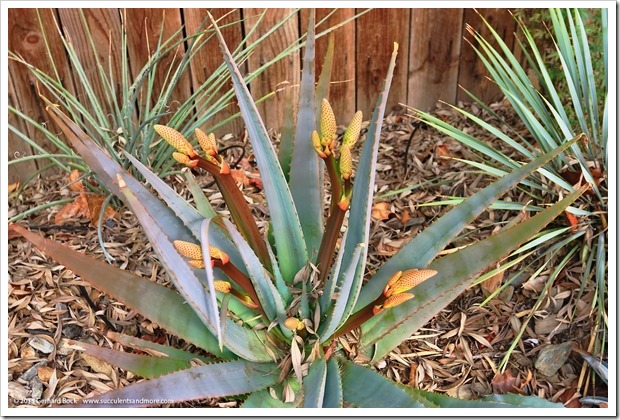 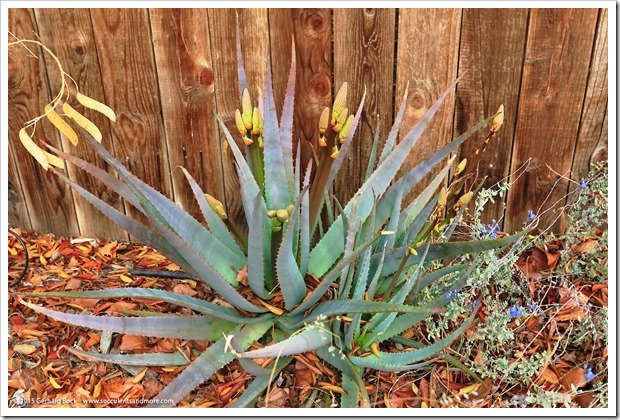 Aloe ‘Moonglow’ # 3. Even its pups are flowering this year. 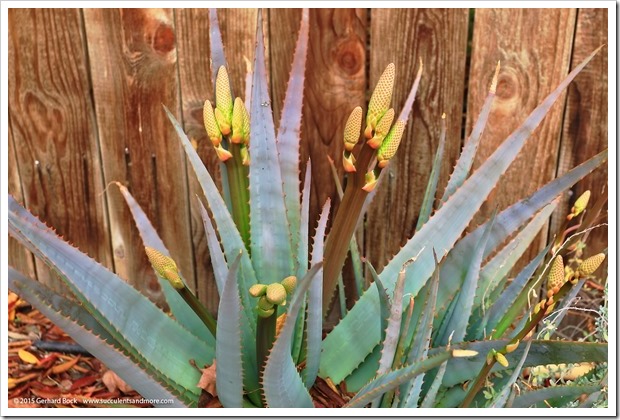 This should be spectacular at the end of month 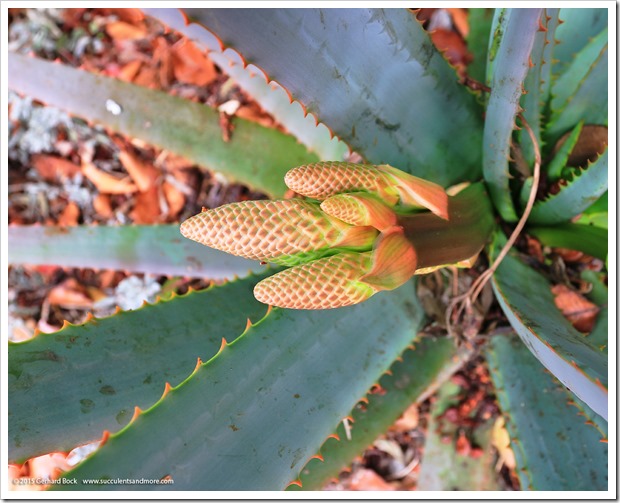 Close up of an emerging Aloe ‘Moonglow’ inflorescence

Some more aloes soon to bloom, or blooming already: 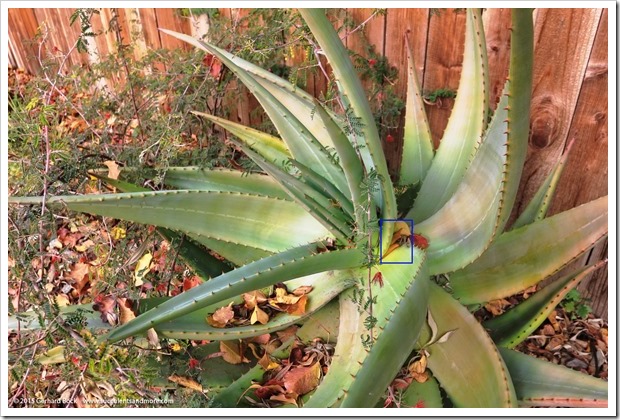 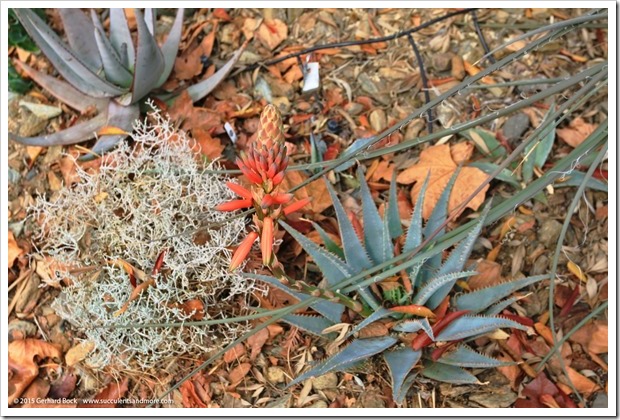 Aloe glauca is already blooming. Quite a large inflorescence considering the size of the rosette. 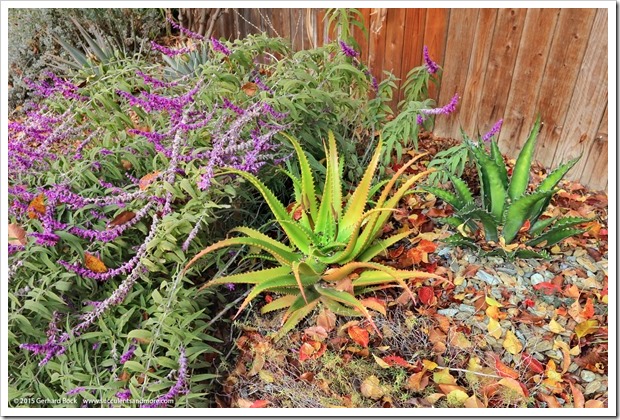 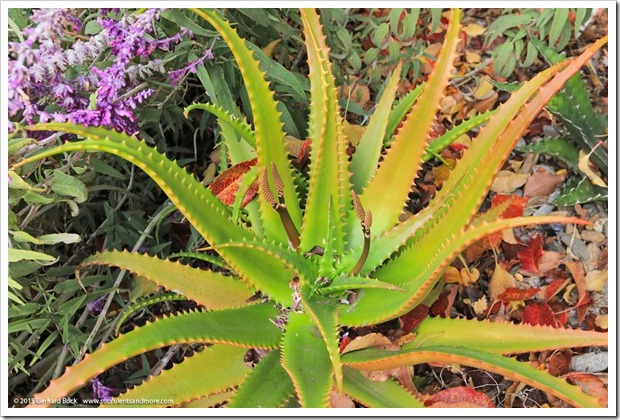 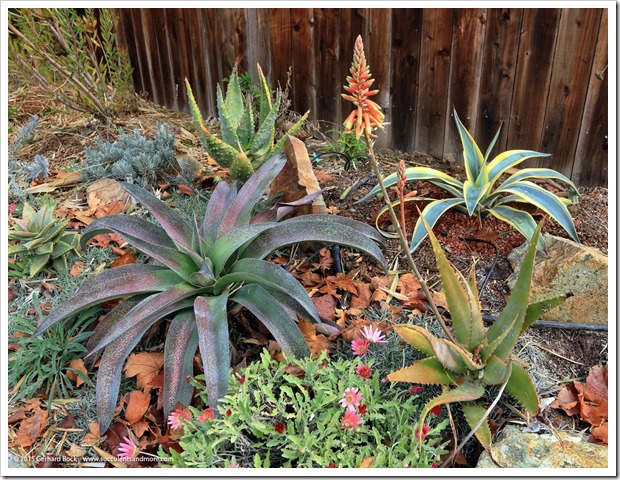 Lower right: aloe hybrid from Brian Kemble, curator of the Ruth Bancroft Garden. I bought it last year at their Black Friday sale. It came with this daunting-looking label: 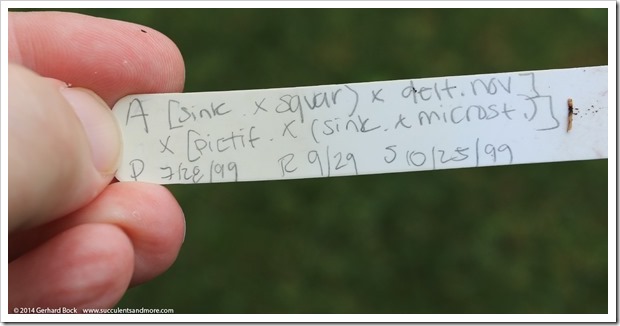 It’s a happy camper in this spot, flowering several times a year 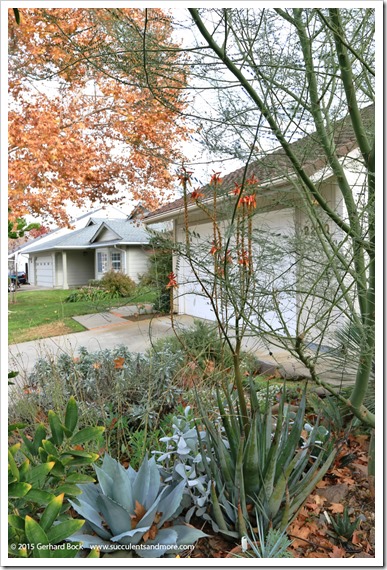 Aloe cryptopoda in the driveway bed. It started to bloom in October and is almost done. The flower stalks are almost six feet tall.

Not all aloes are winter bloomers. Some flower in the summer, like Aloe reitzii, and the grass aloes. I’ve been trying to find a handy list of summer-flowering aloes but haven’t had any luck yet. If anybody knows of one, please let me know.

Finally, since it’s that time of year, here is a handy list indicating the cold hardiness of select aloe species. This list was compiled by Brian Kemble, the intrepid curator of the Ruth Bancroft Garden, and published by San Marcos Growers in Santa Barbara.