This morning I drove from Phoenix (Scottsdale, to be precise) to Tucson. The drive is usually under two hours but I stopped a bunch of times to take photos of the dramatic clouds. 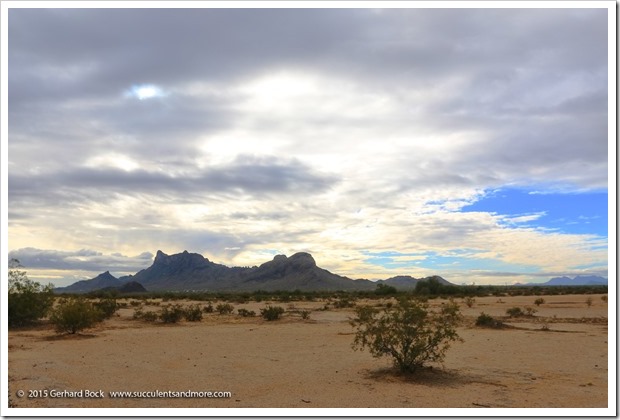 Picacho Peak between Casa Grande and Tucson near Interstate 10

When I got to Tucson, I briefly stopped at Cathedral of Saint Augustine. What a stunning building, especially against a blue sky! 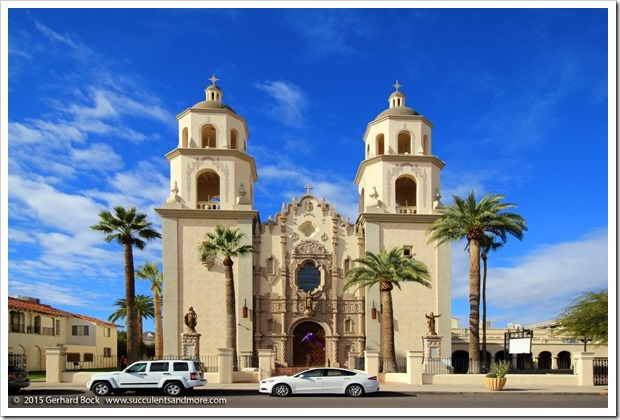 Continuing in my effort to see places I’ve not visited before, I spent almost two hours leisurely strolling through Barrio Santa Rosa, one of Tucson’s oldest neighborhoods. It is known for its Sonoran row houses which abut the street and hence have no front yard (and just a tiny backyard). In recent decades, many of these adobe structures have been restored and painted vibrant colors. 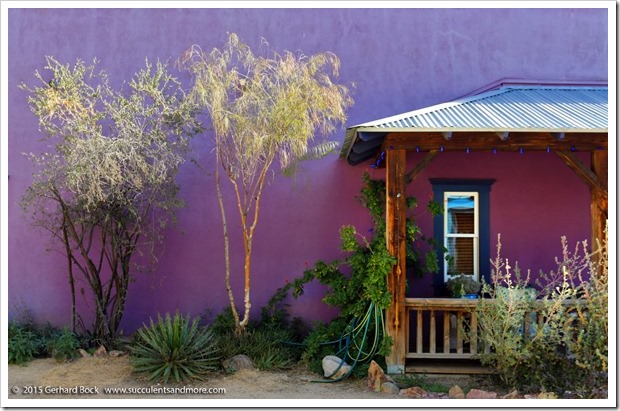 Barrio Rosa, Tucson. The trees on the left are palo blanco (Mariosousa willardiana), my most recent tree crush. 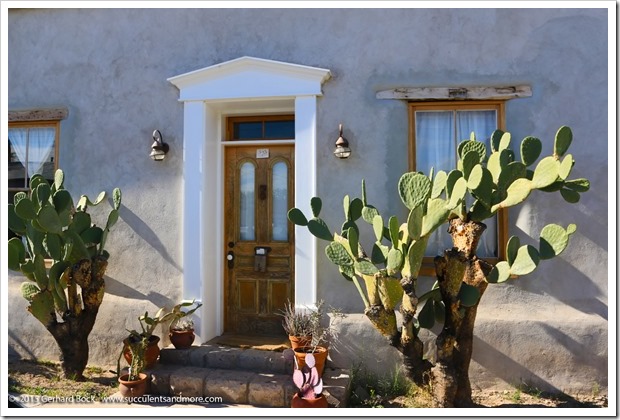 I’ve been to Tucson enough times now to lose count, but there is one place I visit on every trip: Mission San Xavier del Bac, just south of the city. It’s one of my favorite spots in the entire world. I’m not Catholic (or religious) but the mission, built between 1783 and 1797, is one of the most beautiful structures I’ve ever seen. Plus, it has lots of cacti and other succulents. 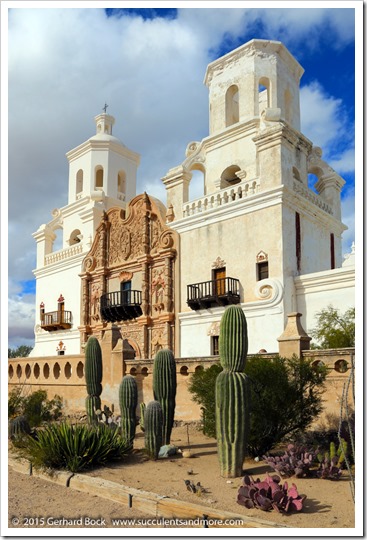 Next stop: Greg Starr’s house on the west side of Tucson. It’s been two years since my first visit, and although I’ve seen Greg twice in between, it was a real treat to revisit his home turf. Special post to follow! 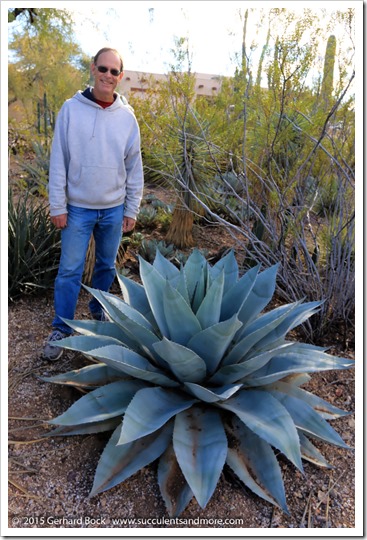 Greg Starr with one of his many Agave ovatifolia 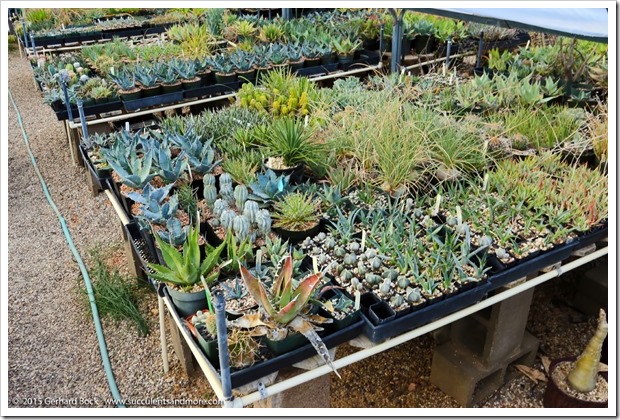 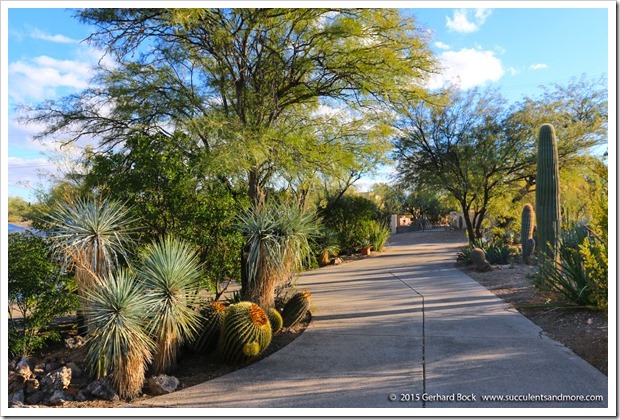 Although I had originally planned to swing by the Arizona Sonora Desert Museum, I was too tired so I made beeline for my home-away-from-home for the next two nights: the Lodge on the Desert. I don’t know how I found this place when I was planning my trip, but I’m so glad I picked it. Check out the grounds! 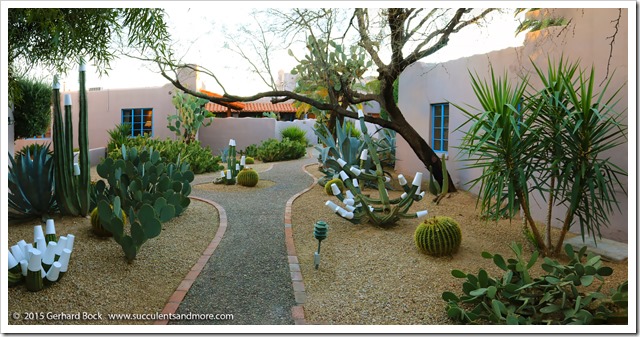 Lodge on the Desert 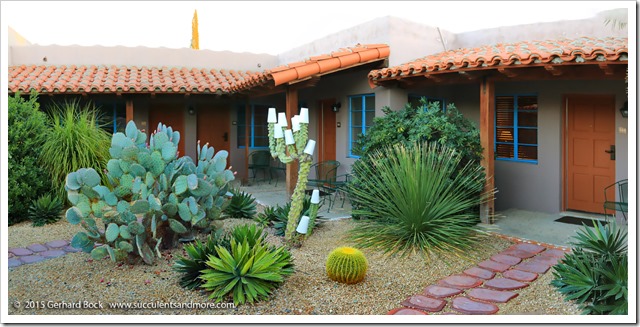 Lodge on the Desert, rooms/casitas

It’s definitely not the cheapest place to stay in Tucson, but if this were, say, Palm Springs, it would cost at least twice as much! In fact, the Motel 6 (!) I stayed in during the Succulent Extravaganza in Castroville, CA at the end of September was 30% more expensive than the Lodge on the Desert!