Day 2 in Tucson. It was a long day. Those who say vacations are for relaxing clearly aren’t doing it right :-)

After another wonderful breakfast at Beyond Bread—a big shoutout for what has got to be the best bread and baked goods in Arizona—I visited Tohono Chul Park. As you can see, they took precautions against the chilly temperatures we had last night (29°F when I headed out this morning at 7:15 a.m.):

After a leisurely stroll through Tohono Chul Park, I did some shopping at their excellent nursery. The selection of desert natives is impressive, and the prices are very reasonable. 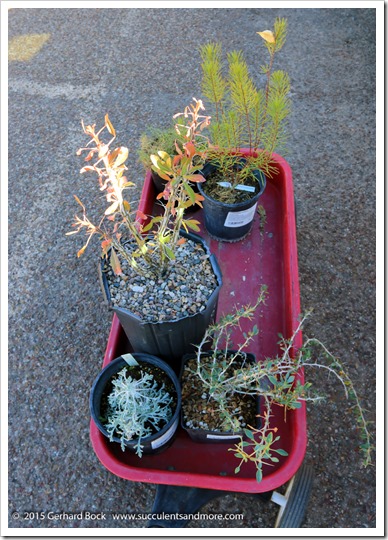 Stop #2 was at Ted deGrazia’s Gallery in the Sun. I had wanted to visit for years but it never worked out—until now. Ted de Grazia’s paintings have as many detractors as they have fans, but no matter where you stand on that matter, there’s little disagreement that his adobe compound—built by himself with help from Indian friends—is a landmark. I spent over two hours taking photos. 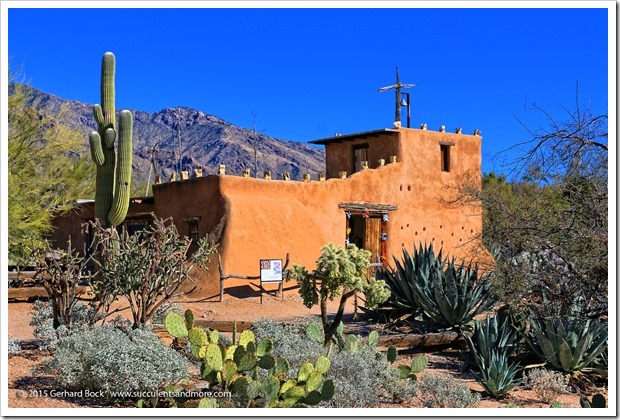 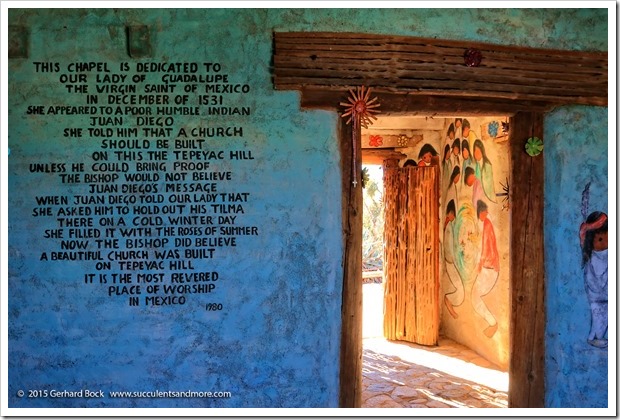 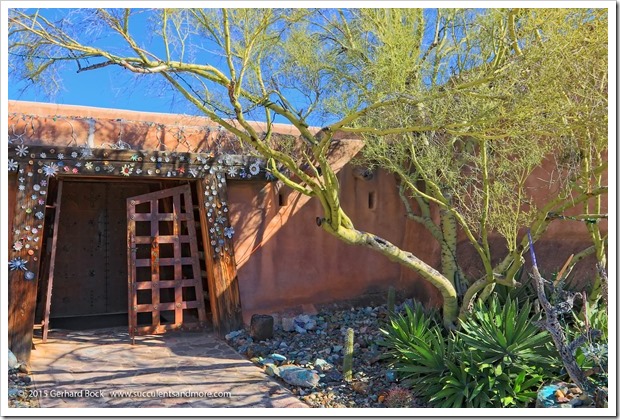 Gallery in the Sun, completed in 1962 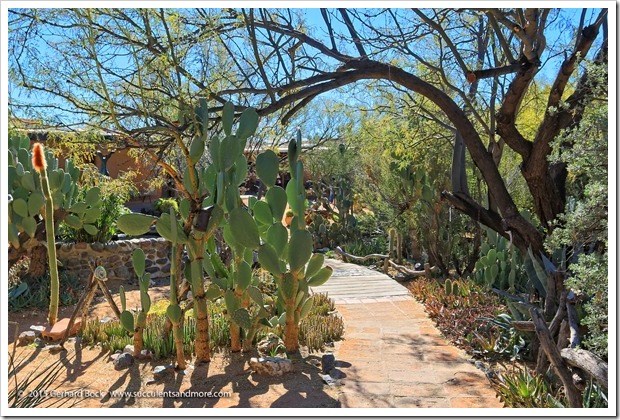 Courtyard filled to the brim with succulents

Stop #3 was at Mesquite Valley Growers, Tucson’s largest full-service nursery. They have a huge selection of plants in every conceivable category. This incudes succulents, of course. And not just small plants, but everything up to 24” boxes. 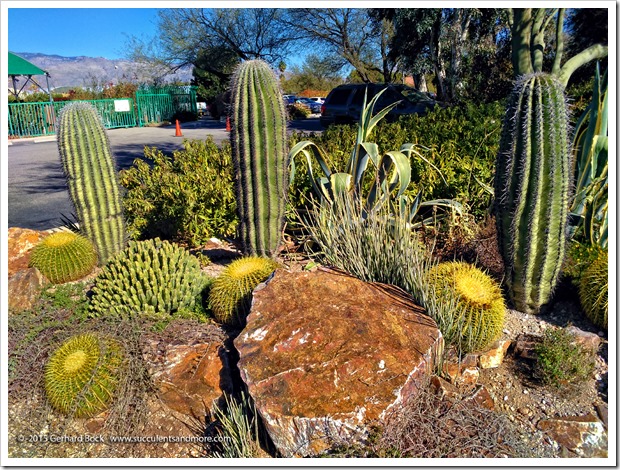 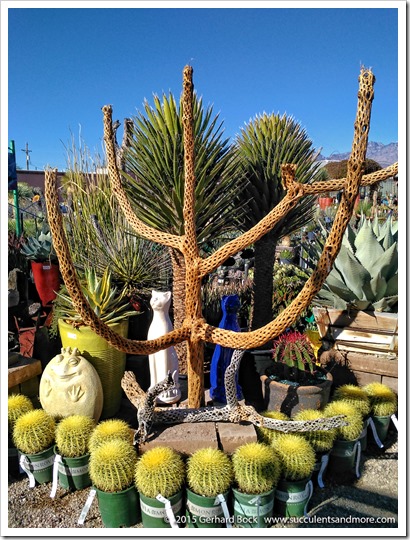 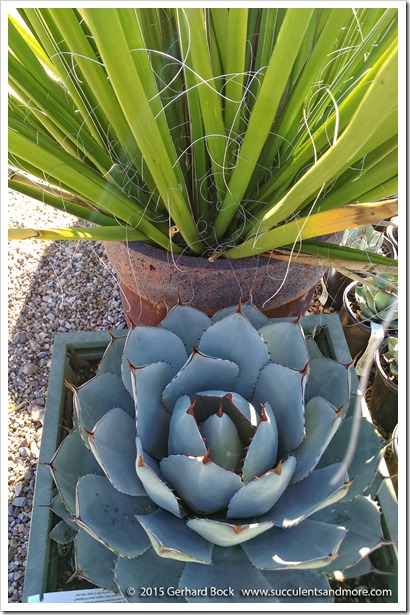 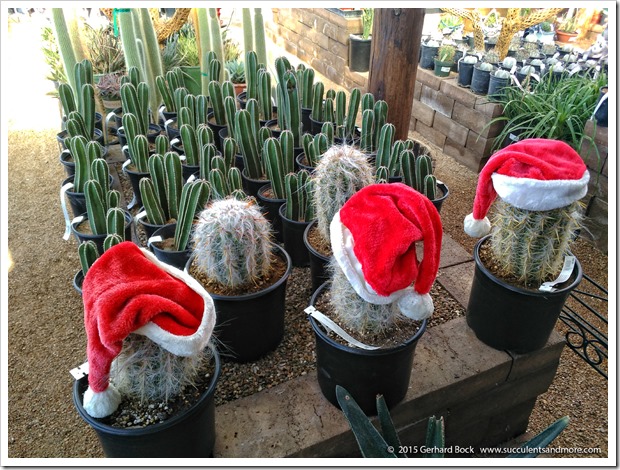 Santa hats on cactus is apparently a Tucson thing to do. I saw more santa hats in the Civano neighborhood: 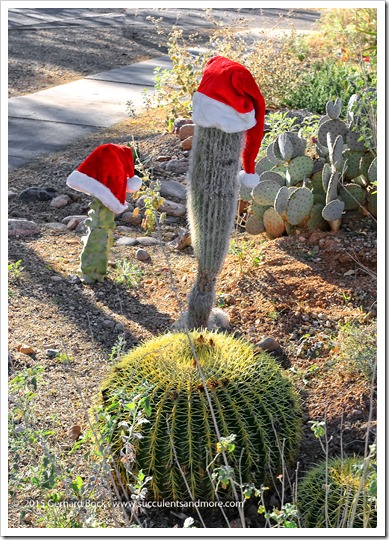 My final stop of the day was at the Eastern Unit of Saguaro National Park. I managed to get some fairly iconic photos: 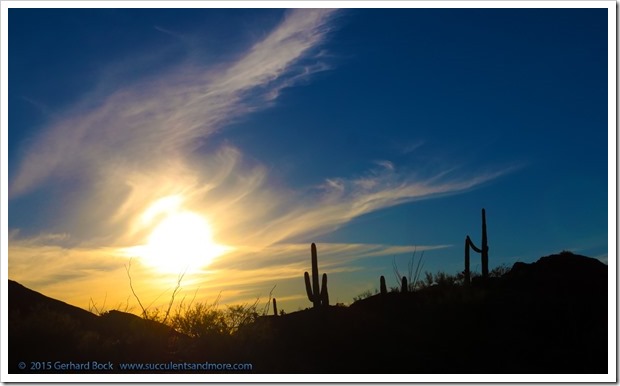 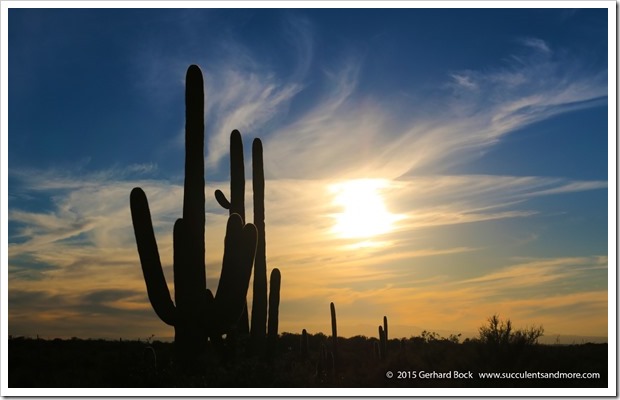 Tomorrow I’m heading north to Phoenix and then back to California.