A couple of weeks ago I mentioned that one of my Mangave ‘Bloodspot’ (Agave macroacantha × Manfreda maculosa) was starting to flower. Since then the flower stalk has grown exponentially. As of this afternoon, it’s exactly 72 inches (183 cm) tall. It looks like the first flowers might open in a few days. I’ll keep you posted. 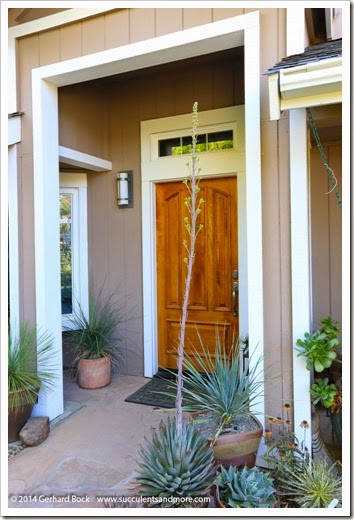 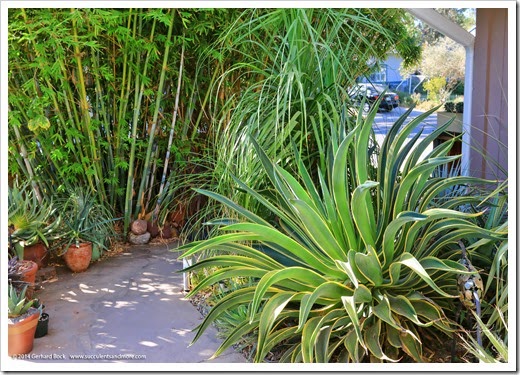 I noticed a while ago that something is up with this agave. Normally, the new leaves that emerge from the center of the rosette are at least as large (typically even slightly larger) that the last set of leaves. In contrast, my plant has been producing ever smaller leaves. You can clearly see this in the photos below. 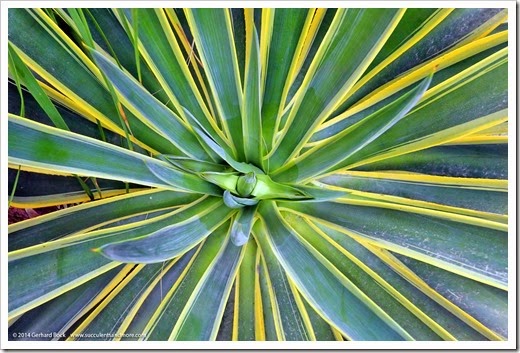 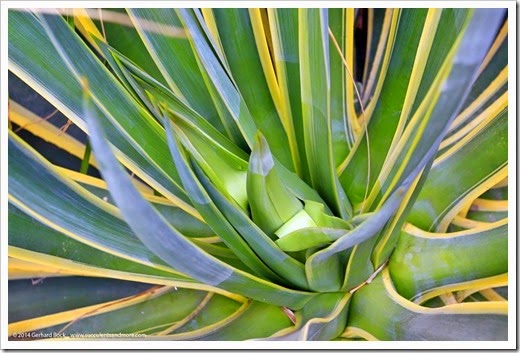 What does this mean? In all likelihood, it means that this agave is getting ready to flower. The center cone is going to widen to make room for the flower spike—which, in an Agave desmettiana, can be up to 10 ft. tall.

As with most agaves, flowering is a terminal event. The mother plant will die, but there will be dozens, if not hundreds, of bulbils (tiny live plants) growing on the flower spike. That is in addition to the offsets attached to the base of the mother plant (I removed a dozen of them earlier this year). I’m definitely not worried about suddenly being without an Agave desmettiana ‘Variegata’. In fact, I’ll have lots of babies to give away!