Piece of Eden, one my favorite gardening blogs, recently mentioned that Arid Lands Greenhouses in Tucson, AZ is having an agave and aloe sale through the end of September. All agave and aloe species listed in their online catalog are 20% off until the end of the month.

My previous mail order experience with Arid Lands had been great, so I headed right on over to their web site and picked out a few things I had to have. Some of you may not have heard of Arid Lands, but they’ve got to have the largest selection of succulents in the country, including many rare and ultra rare species you simply cannot find anywhere else. For example, their online catalog has 288 entries (species and hybrids) for agaves and 657 entries for aloes. That’s astounding!

This sale is to reduce their agave and aloe inventory to make the move into their new 3,000 sq. ft. greenhouse easier. They now have a total of 18,000 sq. ft. of heated and cooled greenhouse space. What’s even more impressive is the number of plants in those greenhouses: 90,000 plants for sale, and 10,000 stock plants for propagation. Wrap your mind around that as you count the plants in your own garden! Check out the What’s New page on their web site for more interesting tidbits.

My box from Arid Lands arrived yesterday, and as always, I was fairly giddy carrying it into the backyard. Our dog was just as excited! 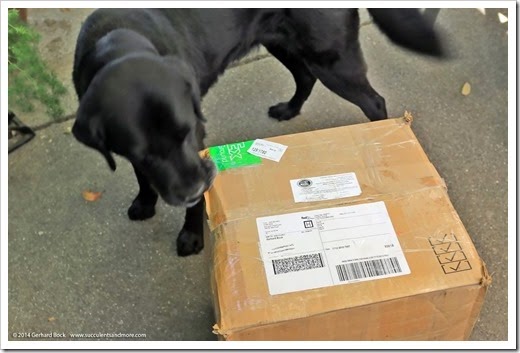 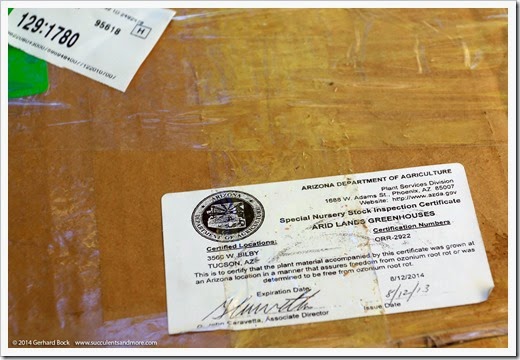 I love those official certification notices. They make me feel like I received something really important. 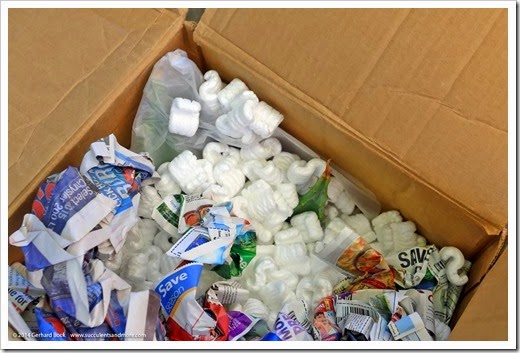 At first glance all you can see is crumpled up newspaper and Styrofoam beads. But look closer… 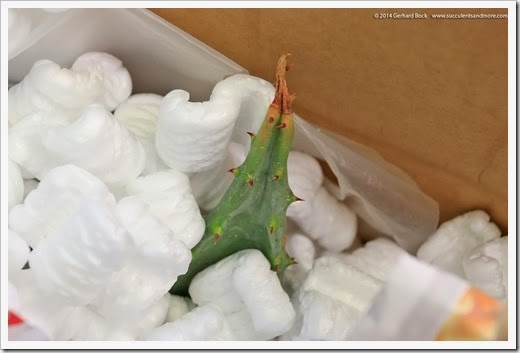 …there’s something spiky emerging from the depths of the box! 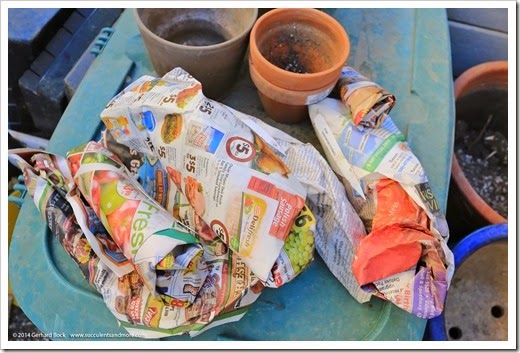 The contents of the box seems meager at first 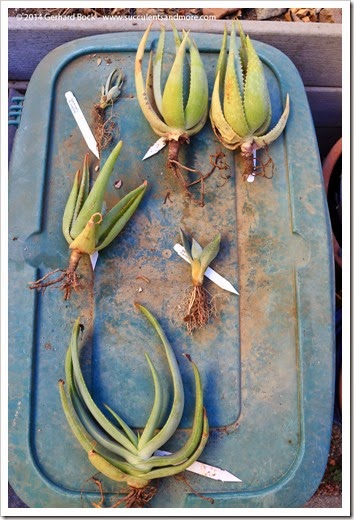 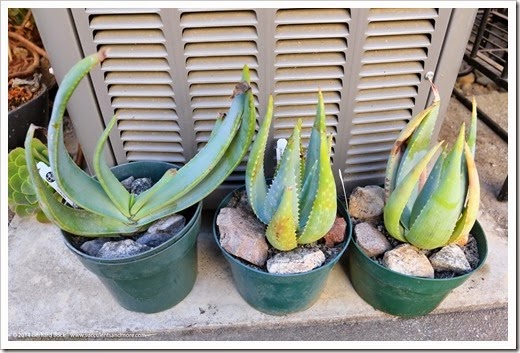 And here they are potted up. Left to right: Aloe buhrii, Aloe hereroensis (2x) 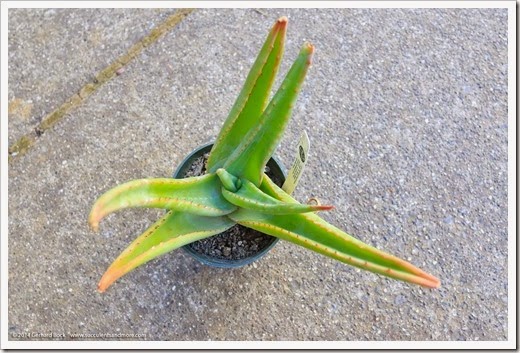 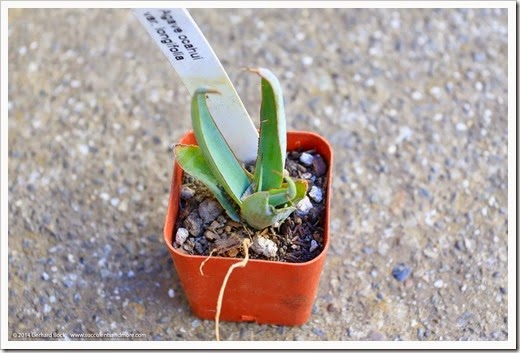 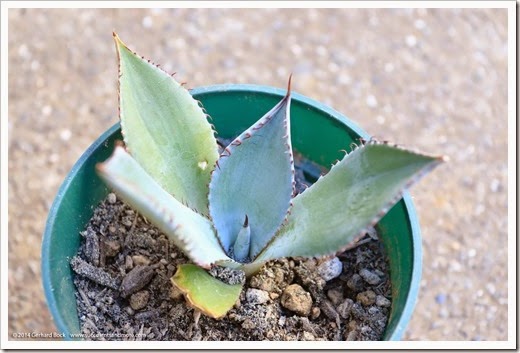 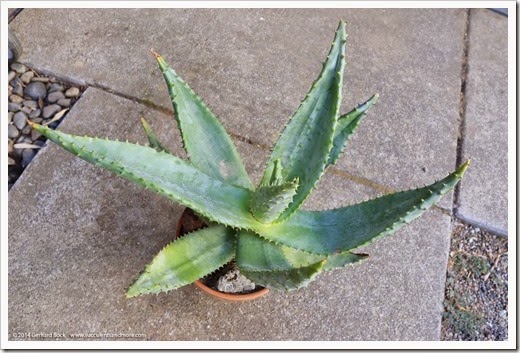 Here is the reason why the box was so big: I bought a 3-gallon Aloe marlothii. 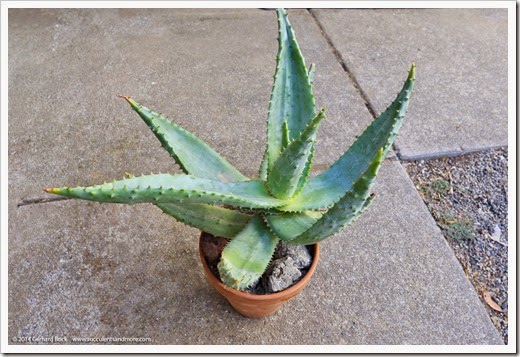 It took up most of the space in the box 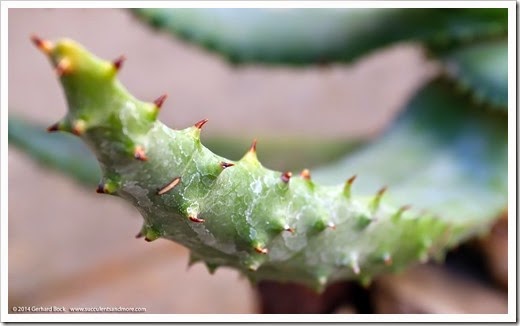 Who doesn’t love such spiky fierceness! Aloe marlothii isn’t a rare species by any measure, but it’s surprisingly difficult to find in Northern California, especially larger specimens. This nice-sized specimen already has the beginnings of a trunk. It was only $25, before the 20% discount, and the shipping for the entire order was only $12. Unfortunately, the larger size of Aloe marlothii is now sold out on their web site.

Aloe alooides, Agave ocahui var. longifolia and the dwarf form of Agave palmeri appealed to me based on their description in the Arid Lands online catalog. The other aloes, on the other hand, I bought based on mature specimens I’d seen earlier in the year on the campus of UC Davis. Knowing that they thrive locally was an added incentive. 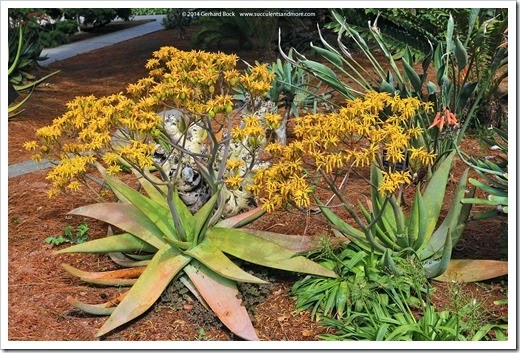 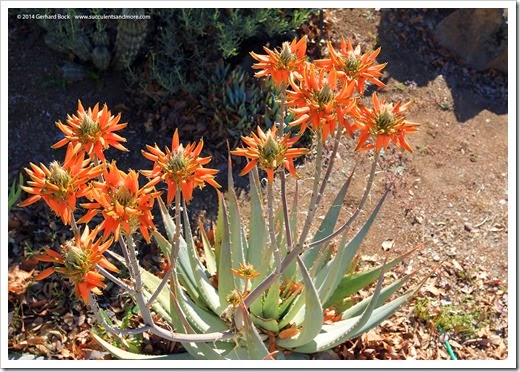 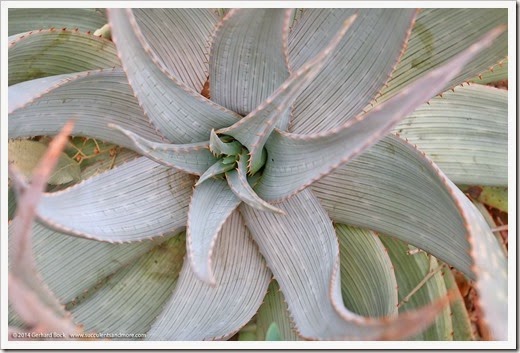 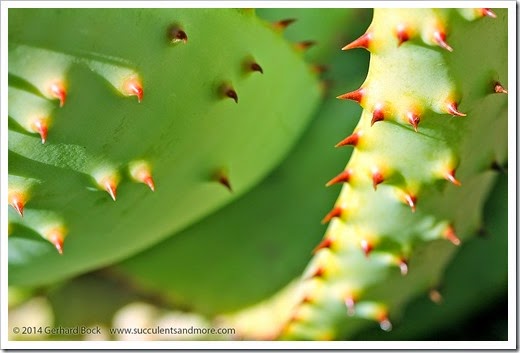 As I mentioned earlier, the agave and aloe sale at Arid Lands will continue through the end of September, 2014. Check out their huge selection, not just of agaves and aloes but of every conceivable genus of succulents and caudiciforms.

P.S. I can’t believe I didn’t visit Arid Lands when I was in Tucson last December. Somehow they hadn’t been on my radar. I will correct this oversight on my next Arizona trip, hopefully later this year.