On Monday, Labor Day here in the U.S., we had the strangest weather. It was overcast most of the day—a rare enough event in the summer—and just after sunset the sky lit up in the most amazing hues of salmon, orange and raspberry. “It looks just like before a tornado,” said a friend from Colorado who has been visiting. Tornados in our area are exceedingly rare—and we didn’t get one that evening—but there was something so unusual about this light that it brought out most of the neighborhood, causing an impromptu gathering in the middle of the street.

We even had a full rainbow although I wasn’t able to capture it all. 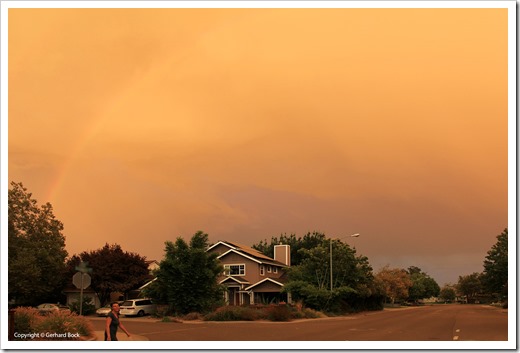 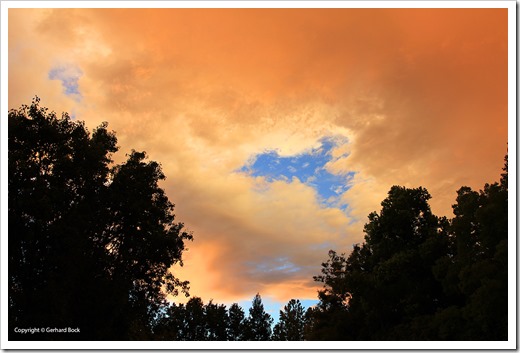 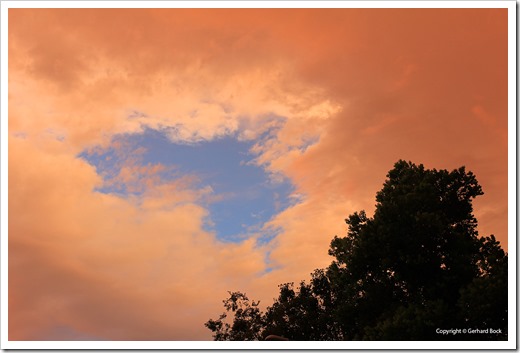 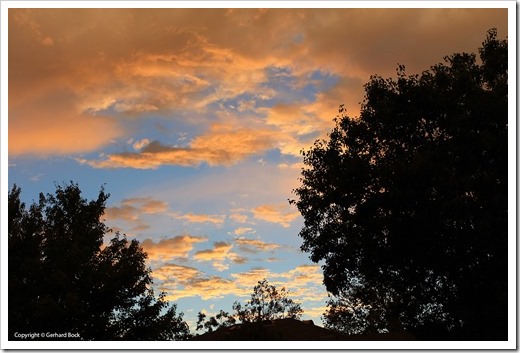 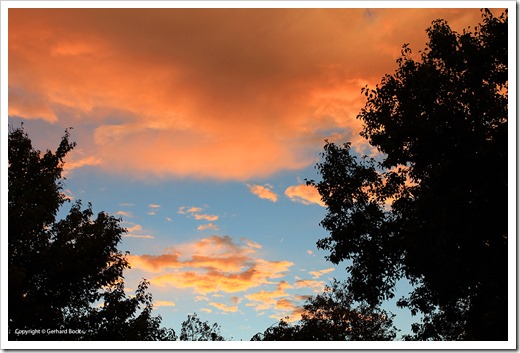 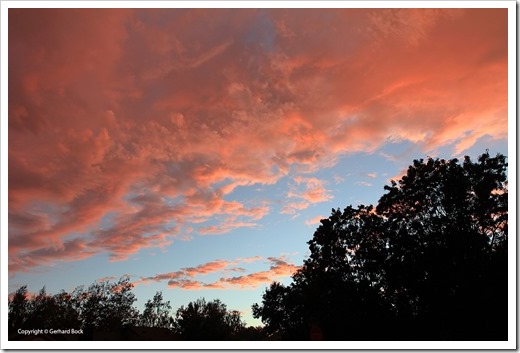 About thirty minutes later—it had just gotten dark—it started to rain. It wasn’t the no-holds-barred downpour I’d been hoping for and it lasted barely twenty minutes, but it filled the whole house with that first-rain-of-the-season smell I so love.

As you may remember, we rarely receive any rain in the summer so this little interlude was definitely noteworthy. Now we’re back to normal—blue sky and sun—and we may not see another rain shower until mid or late October.