I love rocks in the garden. They add a sculptural element that is often missing, especially in smaller suburban yards. Their effect can range from the subtle (a few basketball-sized rocks placed close to a beautiful agave) to the dramatic (boulders so heavy they need to be placed with a backhoe or crane). I must admit that while I’m very conscious of the visual impact rocks can deliver, I need to do better in my own garden. Adding more—and larger—rocks in strategic places is near the top of my to-do list for the fall.

I have also begun to use smaller rocks as top dressing for potted cacti. For a long time I used finely crushed lava rock because it was much easier to obtain (you can buy it by the bag in any full-service nursery). But the look is too uniform for my taste and I don’t really associate lava rock with succulents.

The kind of rock I prefer is a warmer color (although an occasional bluish or grayish piece is OK, too) and has sharp edges, i.e. it isn’t smooth like river rock. Rock yards sell it as “rip rap” although around here it always seems to be gray in color and quite unattractive, not the rich desert yellows and reds I saw in Arizona and New Mexico last year. 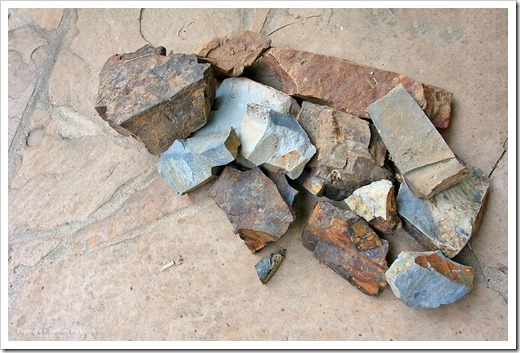 Imagine my surprise when I found just what I was looking for near my in-laws’ house. My dream rock in the right color and size crumbling off a small outcropping on a hillside. I’m not sure who owns the land so I didn’t feel entirely comfortable when we took a few bucketfuls but I hope I’m forgiven.

Here are some examples of what I did with the rip rap: 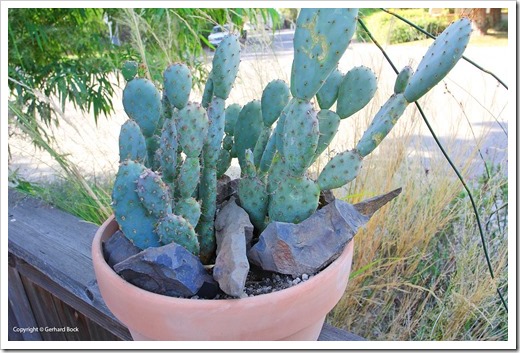 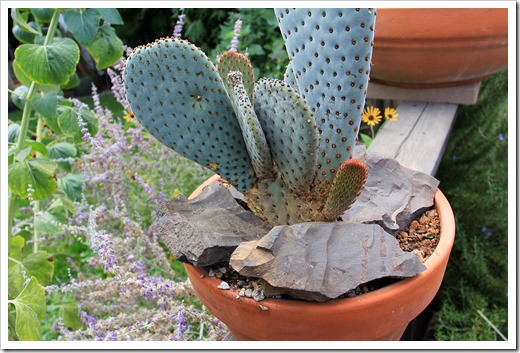 While I do like the look in the two photos above, the effect is much more attractive in a larger bowl. The next photo is of four echinopsis planted in a 14-inch shallow bowl. I may need to rearrange the rocks next year to make room for their massive flowers. 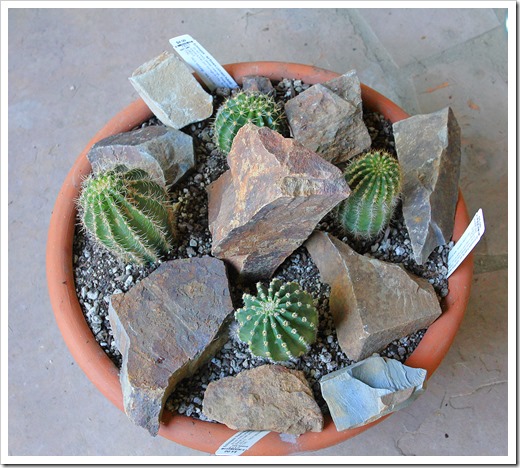 But my favorite arrangement is this large 22-inch terracotta bowl sitting on our front yard fence. It contains three varieties of claret cup cactus and a small Agave toumeyana ssp. bella: 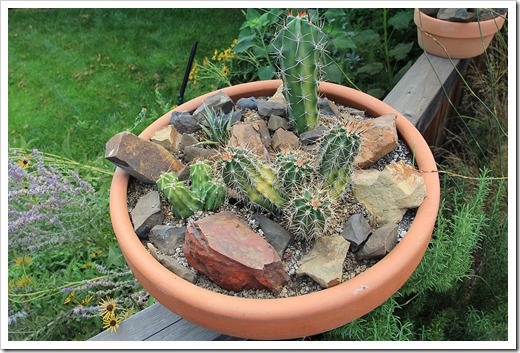 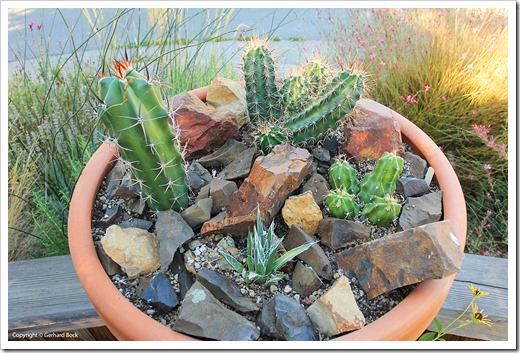 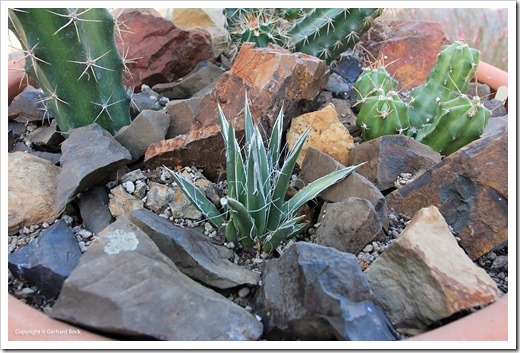 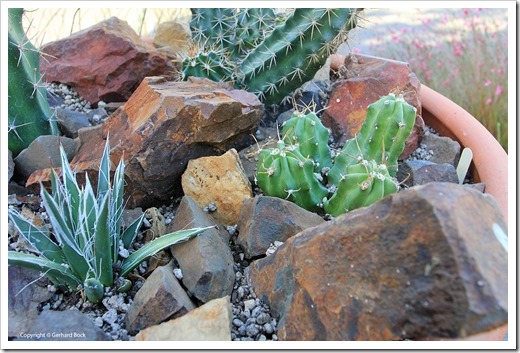 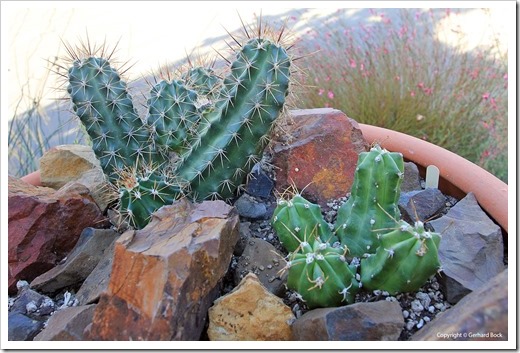 I think this juxtaposition of rocks and plants is very successful. I smile every time I walk by this bowl: It’s everything I love about the Southwest in one miniature desertscape.