Hop on the dyckia band wagon

I spent the weekend planning some major garden projects that will happen this fall—involving the removal of two large clumps of bamboo, among other things—but I wasn’t inspired to do much actual work. However, I did do some de-cobwebbing and repotting.

Last year I bought two red containers, and after gathering dust all this time, I finally used them for their intended purpose: to give my two Dyckia ‘Burgundy Ice’ a new home. I bought both dyckias at the same time and at the same nursery and they had the same label. However, one (on the left in the first photo) has far fewer barbs than the one on the right.In addition, it has remained solitary while the one on the right has produced several pups. I have no idea if one was mislabeled or not, but aside from the coloration, they don’t look all that similar. 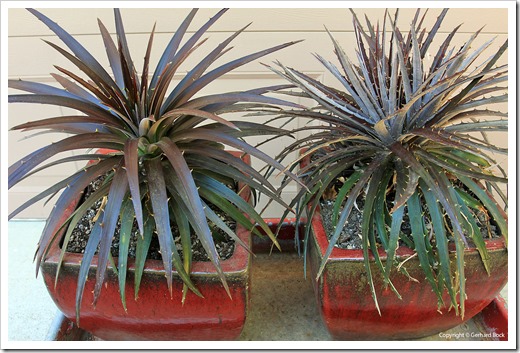 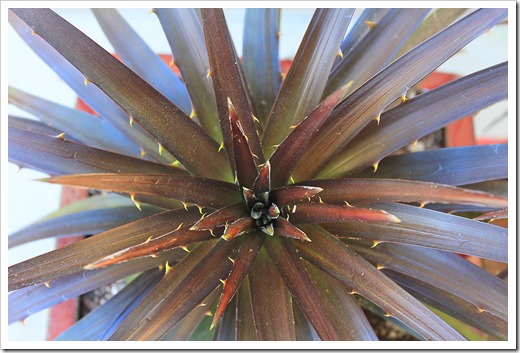 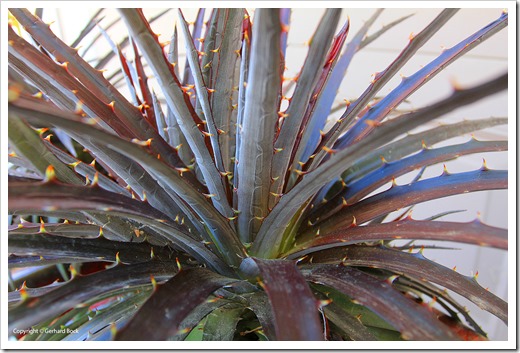 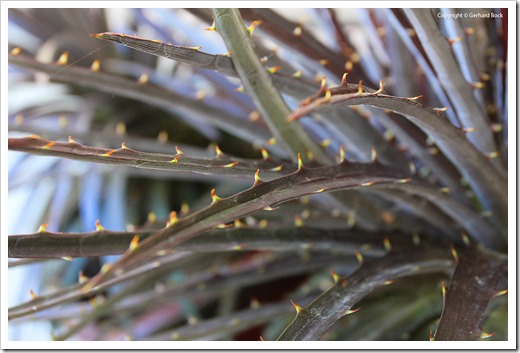 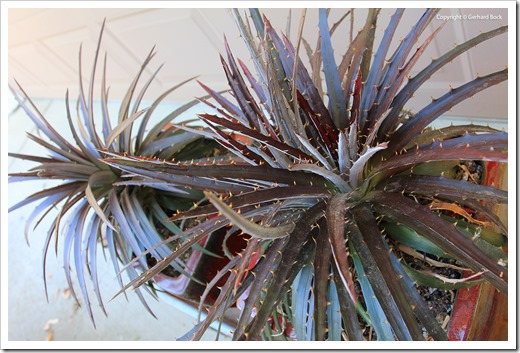 But no matter what exactly they are, they do look good in their new pots. 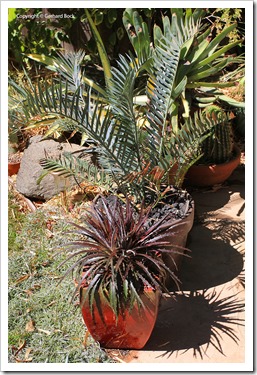 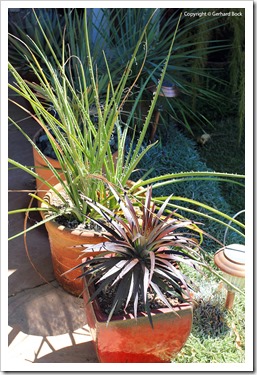 I must admit that I have developed a bit of a weakness for dyckias. While I don’t actively seek them out (as in looking for them online), I do pick up the ones I come across at plant sales and in nurseries. Not that there is ever a large selection since they are a fairy hard sell—most plant lovers are put off by the general nastiness of dyckias (and other related terrestrial bromeliads like puyas and hechtias). Me, I love how feisty these tough-as-nails plants are.

Spiders seem to love dyckias, maybe because their webs stick so well to the barbed leaves. I cleaned up mine, and it made quite a difference: 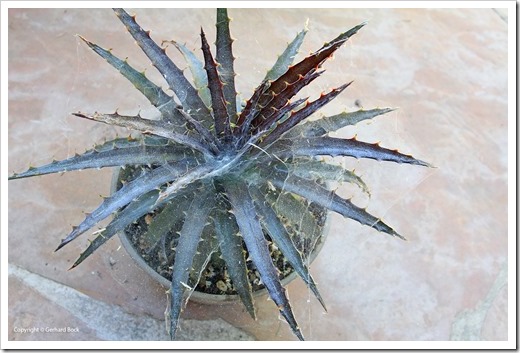 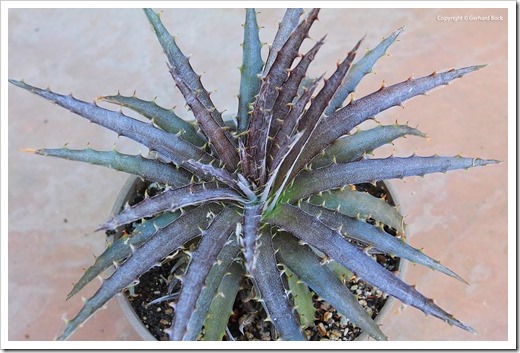 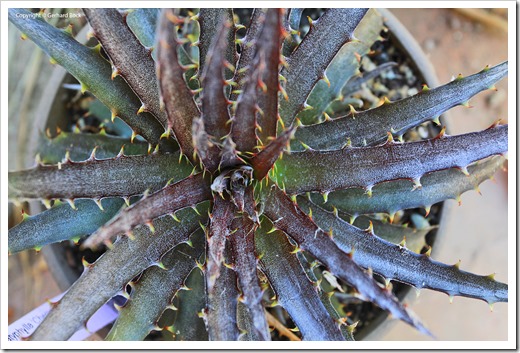 In addition to the burgundy dyckias you saw above, I also have two silver ones. If anything, there are even more stunning. 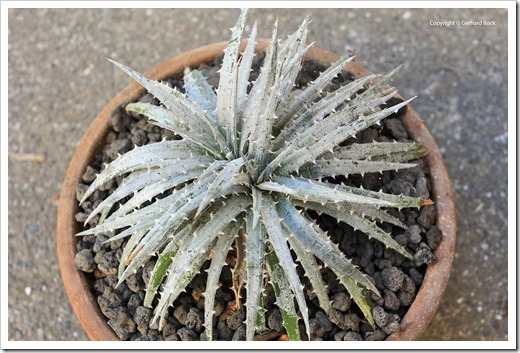 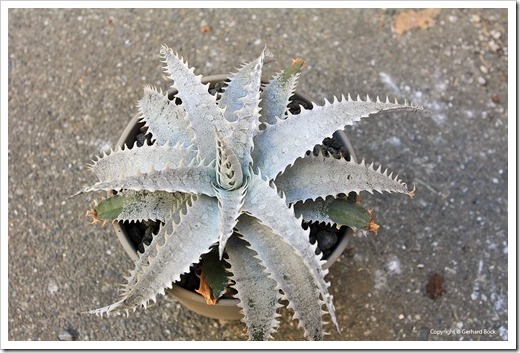 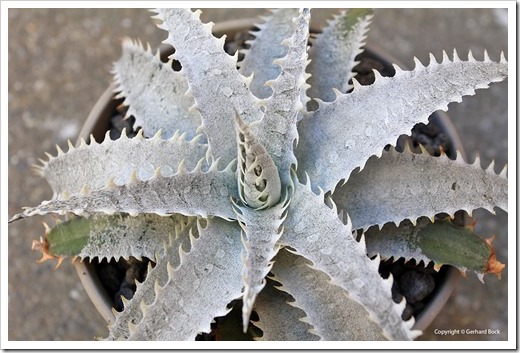 Finally, here are two dyckias I photographed at Succulent Gardens last fall. They weren’t cheap, but to this day I regret not buying them. 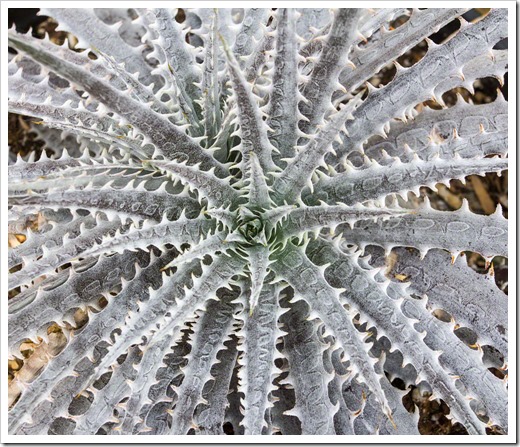 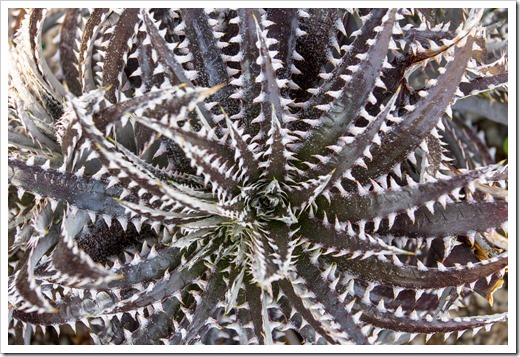 Dyckias aren’t cuddly plants and their barbs will draw blood if you’re not careful. However, their looks are so unusual that people constantly ask what they are. The next time you see one, bring it home and live a little dangerously.