14 years ago our former neighbor, with our permission, planted a purple cherry plum tree (Prunus cerasifera ‘Krauter Vesuvius’) on the boundary between our two houses. We were assured that this was a non-fruiting variety, and with pink flowers in early spring and deep red leaves from March until November it is a nice ornamental tree. 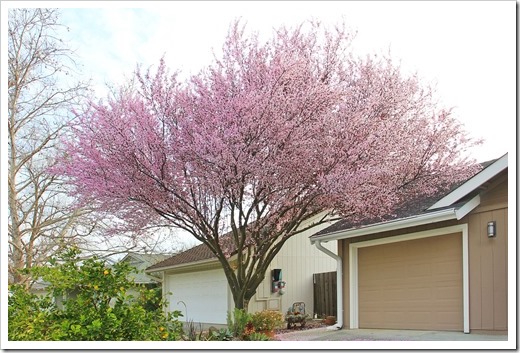 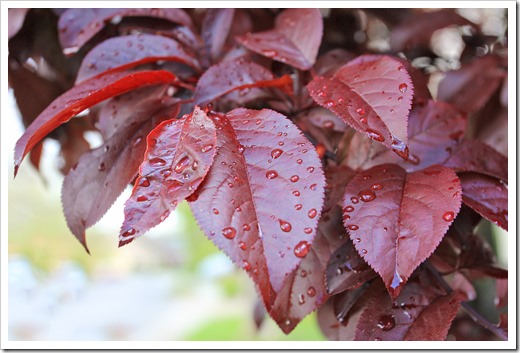 …within five years, the first fruit began to appear on what initially was a fruitless tree. The amount of fruit was negligible to modest initially, and our neighbor occasionally made pies from it. (Contrary to what some online sources claim, the fruit is not poisonous.)

However, as our tree matured, the crop became larger and larger. This year there was so much fruit, smaller branches were bending under the weight. Since we weren’t interested in picking the fruit (it doesn’t taste that great), it just fell—right onto the roof, the car, the driveway, the succulent bed. The mess was indescribable: fruit dried onto the car; fruit stuck to the bottom of our shoes, staining the floor in the house; fruit discoloring the concrete driveway. 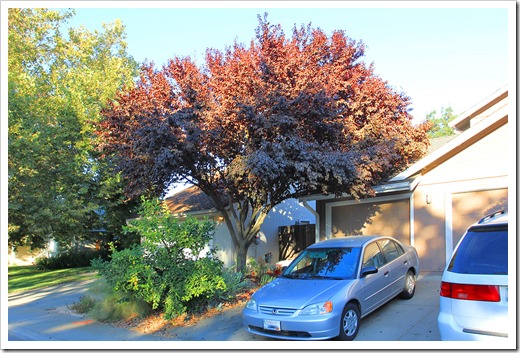 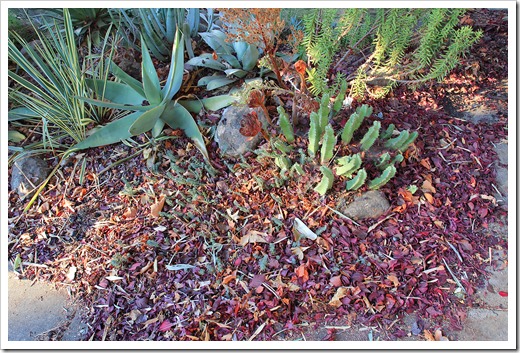 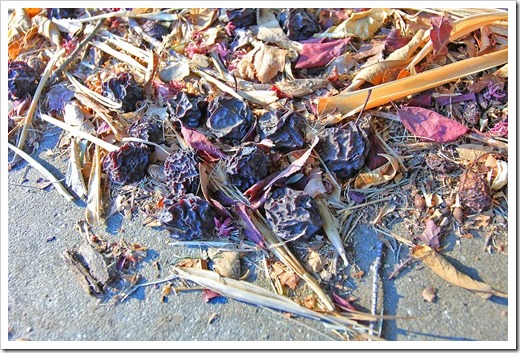 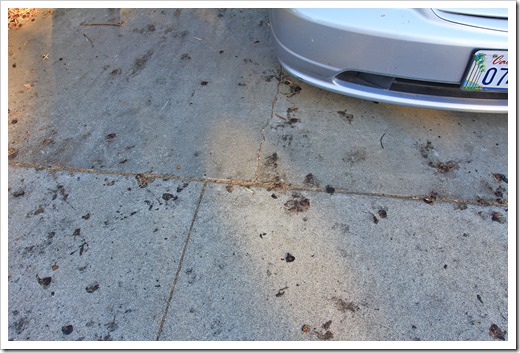 I finally had enough.

After talking to our neighbor, I called a tree service, and yesterday the tree was removed. Within 20 minutes, it was gone. After another 20 minutes of clean-up, our driveway—and the succulent bed—looked better than they had in a long time. Pressure-washing should remove most of the remaining mess from the driveway. 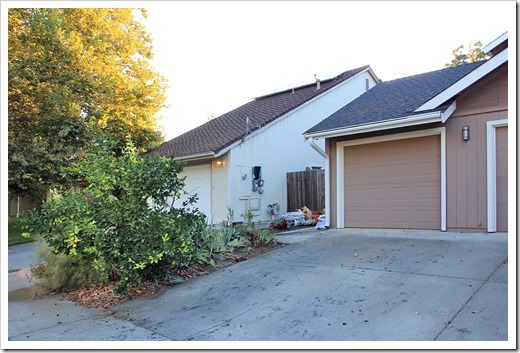 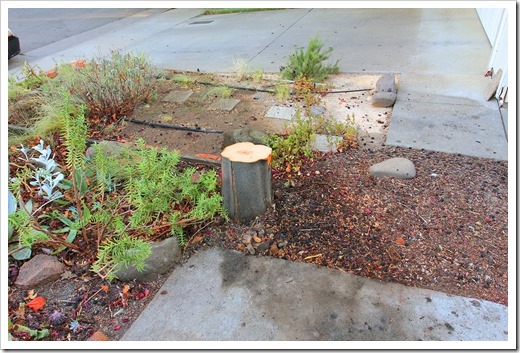 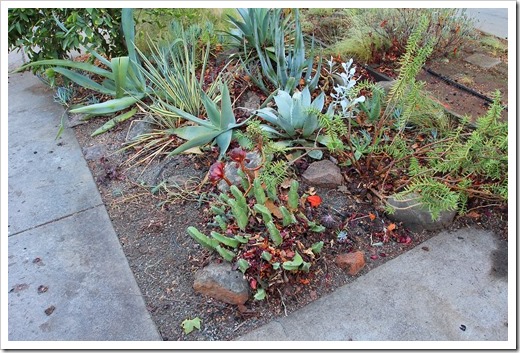 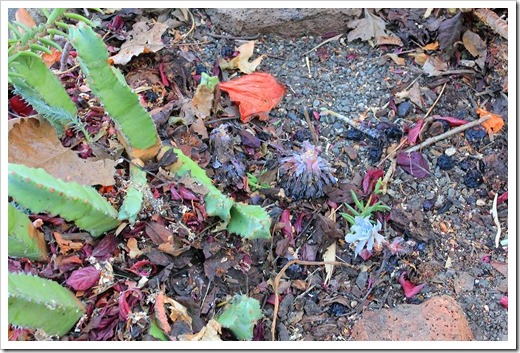 This once was a beautiful Echeveria ‘Azure Blue’ but it rotted after it got smothered by the relentless leaf drop.

Now it’s just a matter of having the stump ground out. Then the fun can begin: selecting and planting a new tree. Our current #1 choice is a blue jacaranda (Jacaranda mimosifolia). I blogged about this tree earlier in the spring. But I’m not 100% sold because jacarandas have a reputation for being messy…

I’ll let you know what we decide to plant just as soon as we make our final decision. In the meantime, if you have any suggestions, I’d love to hear them. Please leave a comment below.