This morning I finally had the chance to photograph the massive flower spike of an Agave parryi I had spotted a few weeks ago. While you occasionally see large Agave americana flowering on rural properties outside of town, agaves in bloom are a rarity in residential neighborhoods.

This is the vista that originally caught my eye: 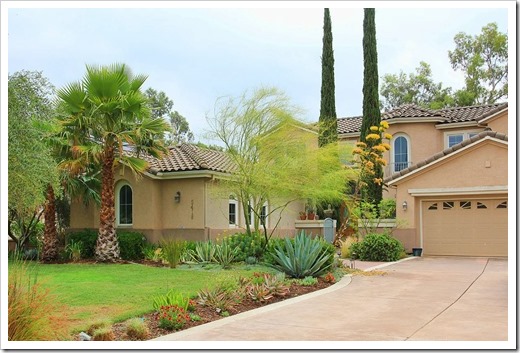 At first glance, it looks like the flower spike comes from the Agave americana in the front. Upon closer inspection, it turns out that it’s actually from an Agave parryi behind it. 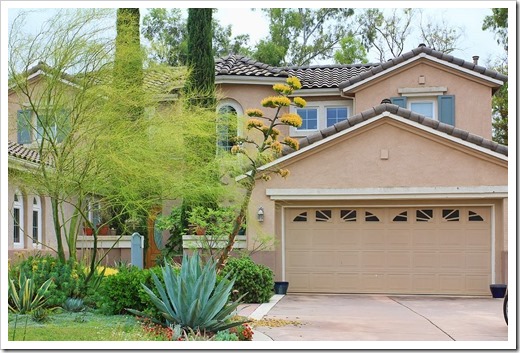 The flowers on the lower side branches have already faded but the ones towards the top are in their prime. I wonder if they attract hummingbirds? They sure look like they should. 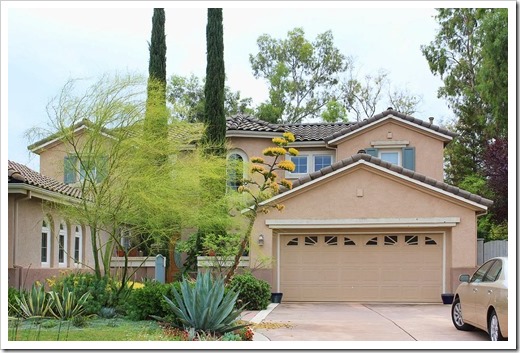 I would have loved to explore this front yard more but, to be honest, I’m hesitant to trespass on private property so I limited myself to what I could see from the sidewalk.